top
As though I were the star of my own celebrity culture
Aug 20, 2012 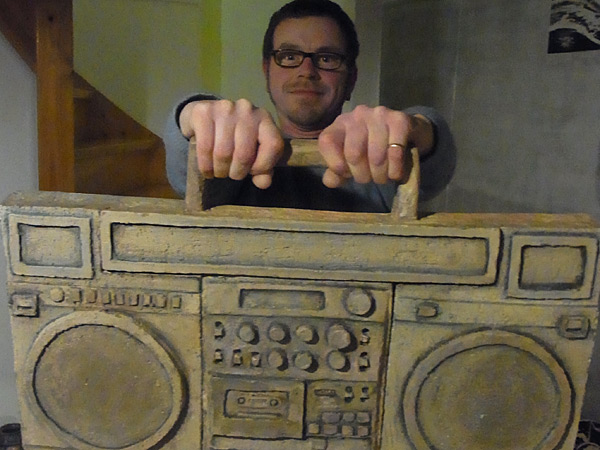 NINA REETZKE: IS THERE A STORY BEHIND THE PORTRAIT OF YOURSELF AS A COWBOY?

JON SMITH After I was born, in order to help my brother bond with me, he was allowed to name me. His favorite toy was a thirty centimeters high cowboy action figure named Jonny West, so that was the name he gave me. My parents were not happy as our family name is Smith, but they stayed true to their word. I was known as Jonny West for years until someone asked my mother if her name was Mae West, for her first name was unfortunately “May”. That day she called a halt to me being called Jonny West. Sixteen years later I started making cowboy-influenced work at Art College after finding another Jonny West in a secondhand shop. This developed into a series of photos in which I am dressed as a cowboy; I used the magic of the now outdated technique of back-projection, to create the illusion that I was in a gun battle with six-centimeter-high cowboys.

WHAT CONSTITUTES THE SPECIAL QUALITY OF THE INDUSTRIAL FORMS THAT YOU RE-BUILD USING CLAY?

SMITH Generally when making these industrial forms I am not trying to make an exact copy. Even if I am making a particular model I am more interested in finding its character, bringing it out in the clay and expressing a particular thought or feeling. A ghetto blaster should be rugged almost stone age, for example. Or take my dead father’s camera, which needed to be more fragile and precious, I achieved this using finer clay and glaze. When an industrial object is made in ceramic it becomes frozen in time or fossilized, its moving parts don't work; it becomes kind of comic in its impotence or menacing in its new heavy-duty form. The viewer can simply enjoy the abstract forms or imagine that they are in the distant future looking at an artifact from an ancient religious practice, consumerism.

TO WHAT EXTENT DO YOU REFER TO POP ART AND CONTEMPORARY ARTISTS WHO FOCUS ON CONSUMER GOODS IN THEIR WORK?

SMITH My work partly references Pop Art in its style, in its toy-like cartoon appearance; and then in my choice to remake facsimiles of products that have gained an iconic status for me, as part of a subculture, or society in general. Also in some works by positioning myself as though I were the star of my own celebrity culture. And the most obvious reference of all would be remaking other artists’ work in my own style: Andy Warhol’s “Triple Elvis” as a photo using small miniature toy-cowboys; Jasper Johns’ “Target” in a match box and in a tin, and other target pictures made of toy-soldiers etc. But probably the most “Pop-Art” thing about me and my work is the paradox; the enjoyment and celebration of something that is deeply unsound: consumerism with its very dark underside. Although I touch on this occasionally and have read my Naomi Klein, I continue to fall back (as most of us do) under its spell.

IN RECENT YEARS MANY DESIGNERS AND SOME COMPANIES ARE MAKING AN EFFORT TO INTEGRATE CRAFTSMANSHIP TECHNIQUES INTO INDUSTRIAL PROCESSES. IN THE FIELD OF CERAMICS ONE MIGHT THINK OF DICK VAN HOFF IN COOPERATION WITH TICHELAAR MAKKUM. WHAT DO YOU THINK OF THE OUTCOME?

SMITH I think Dick van Hoff's table lamp looks great, a real must-have item. I do like the idea of the arts and crafts movement making resurgence in design. We have become so accustomed to cheap, industrially-produced objects, that many people no longer find any kind of aesthetic value, respect or appreciation in their own house which is filled with their own possessions. If something breaks they just throw it away. Low-end, mass-market products often take their cue from high-end designs so it might filter down. As technology gets smaller I would like to see a traditional kitchen tile with a built-in hidden radio, or speaker tiles that can be placed around a tiled room, hidden and protected. I do see downsides though: cost, weight, a long development time and robustness. I’ve chipped my own work before, I guess a ceramic vacuum cleaner, however stylish, would be heavy and one crash with a table leg could be a disaster for both (maybe I should make one). I would like to see the craft of papier-mâché make a comeback. A skill that seems to have disappeared although it is strong and durable and could be made using recycled paper.

SMITH After watching “Star Wars” in 1977, I became somewhat obsessed with the idea of going to the stars and even bought myself a very large, second-hand reflector telescope, only to find out that the lamppost next to our house caused light pollution and I could only see the moon! I’ve always wanted to see the Milky Way and when I visited Africa I thought “Yes, now I will see it!”, but found that it got cloudy every night. So I guess I’m destined to be earthbound, plus it does seem kind of dangerous. But if I was to go I would like to go up in a balloon, slowly up to the edge of space where the sky turns black and the horizon is round; and then just jump out with a parachute. That can’t be so dangerous, can it? 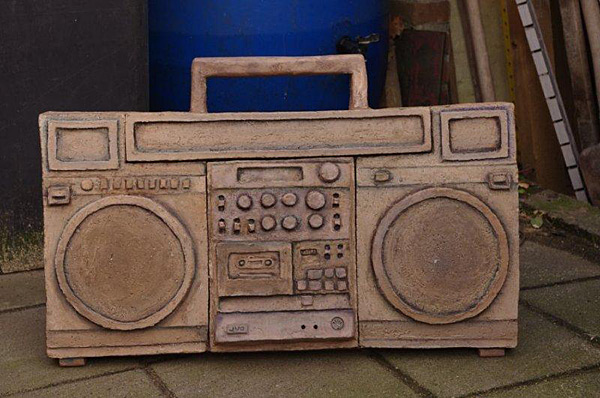 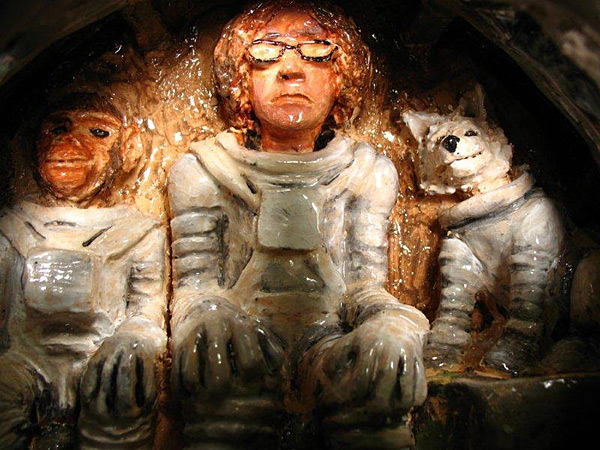 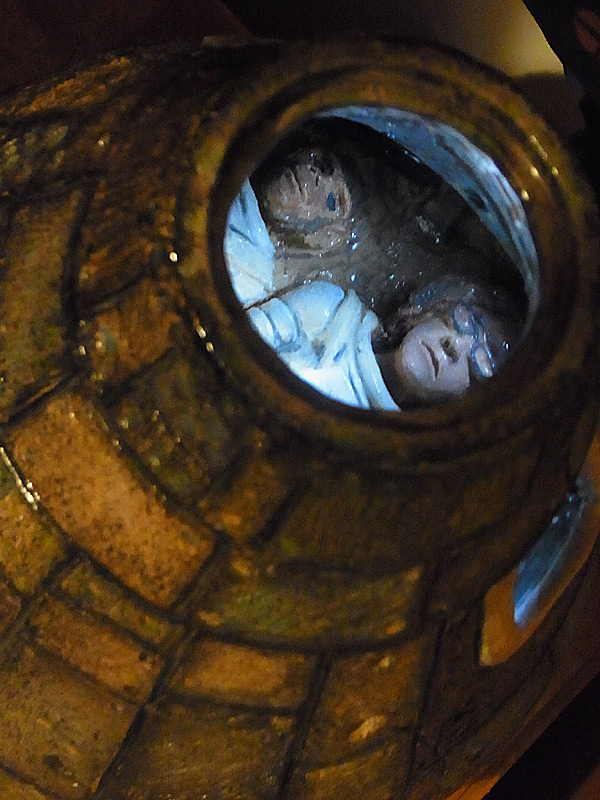 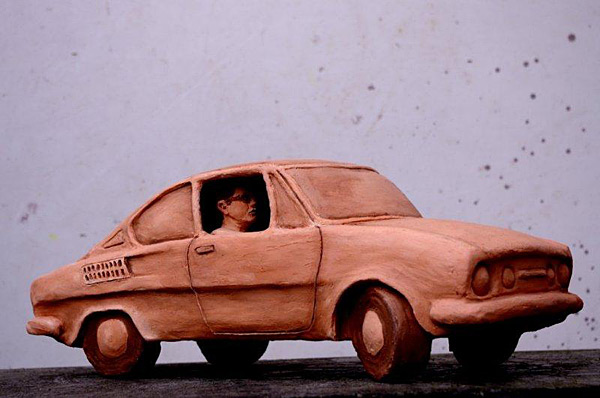 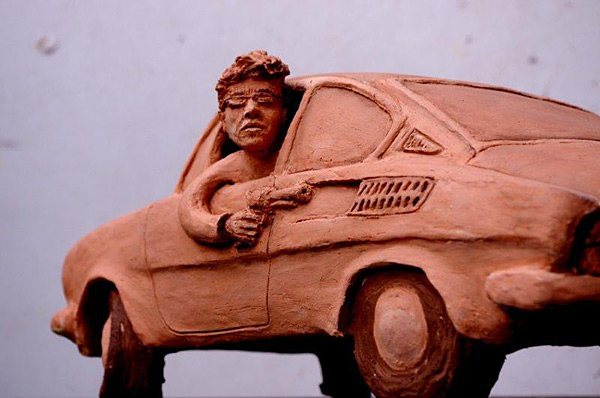 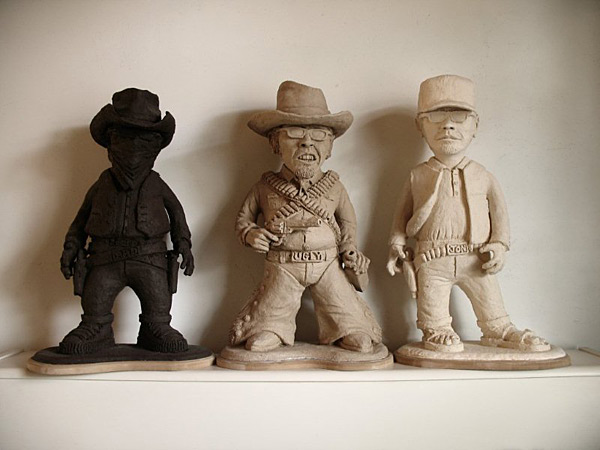 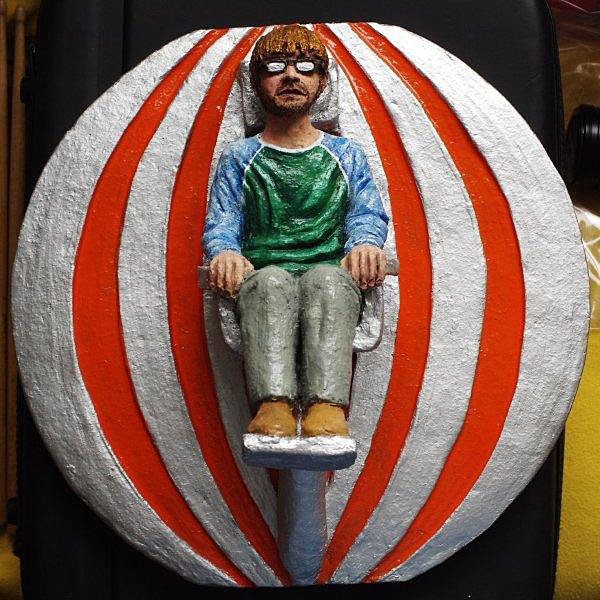 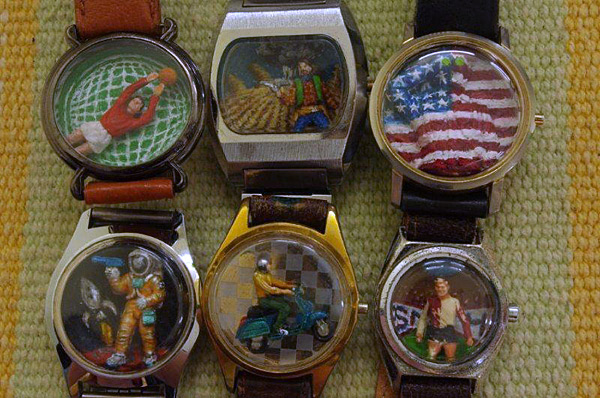 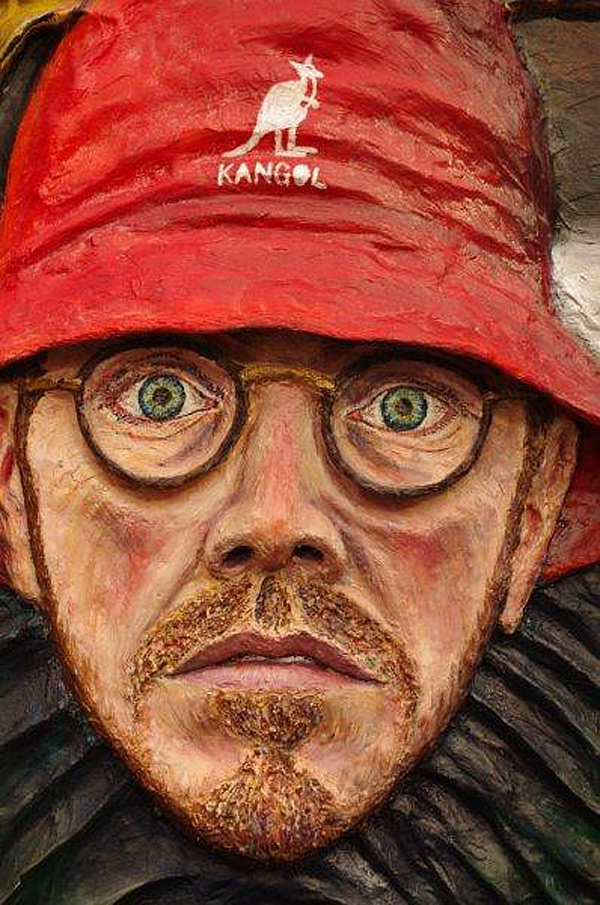