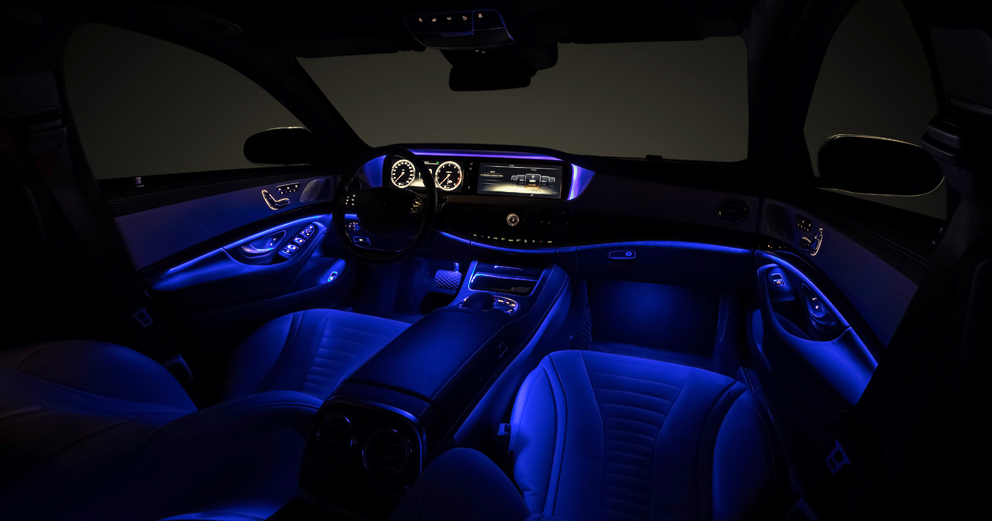 The lighting design in the new Mercedes-Benz S class remains of cars from various hip-hop stars and starlets - or on a spaceship. Photo @ Daimler AG
Advertisement