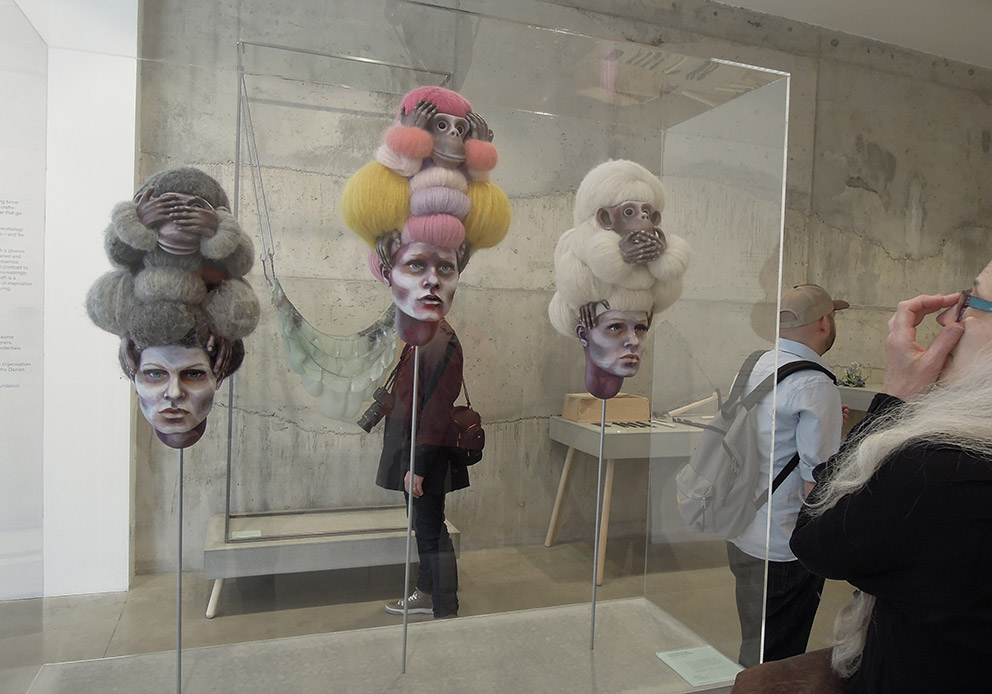 Photo © Thomas Wagner, Stylepark
Where should the ladder go? Anyone who has assembled an exhibition or set up a trade-fair stand knows the problem only too well. Behind the stairs? OK. Fire extinguishers are exhibits too. At times they parade in rank and file, commanded by a ladder, at others they stand guard as solitary figures. And sometimes the extinguisher and its stand look like extraterrestrials, with a cheeky flag on top. You can even get a luxury version of a fire extinguisher stand, which doubles up as a seat – at least in Milan, at the Triennale. Yet not only those things in front of them, but also walls speak their own language. What is frightening though is when hands suddenly stretch out to meet you that seem to come from inside the wall. Who could have been walled in? Elsewhere the slogan goes “Love – Money – Pizza”, or was it love, life, bank? Whichever, at the edges boxes are stored and one discovers the most beautiful arrangements, compiled by the unconscious and patinated by long years and an eventful history. And so, old and new, decay and new start, people and machines come together in abandoned factory halls. Why is tuna in oil called “Janus”? Does it have two faces? Do you also have, like, a duck in your front yard? Let’s be honest here, beauty takes more than one form. You sometimes find it on the stage, and at others someplace next to it. (tw)
Advertisement