Have you been to Lauenförde? If not, then it's high time to do so because this is where you will find Tecta, one of the most important custodians of the Bauhaus heritage. Here, some of the best Bauhaus designs by Walter Gropius, Marcel Breuer and Ludwig Mies von der Rohe are hand-crafted using traditional methods; here, legendary architects Alison and Peter Smithson realised some of their relatively few projects; here, the avant-garde of the twenties has entered into a fascinating liaison with the here and now.

It is a story of two Germanys. When Axel Bruchhäuser fled from the former German Democratic Republic in 1972, the family company there - one of the most important furniture makers in the GDR - was liquidated. In the same year, Axel Bruchhäuser and his brother Werner took over Tecta in Lauenförde from architect Hans Könecke. Bruchhäuser immediately began searching for masters of functionalism, visited Mart Stam in Switzerland and Marcel Breuer in New York, and tracked down the El Lissitzkys family in Russia. He purchased his first licences for new editions of various works and thus laid the foundation for his role as custodian and executor of many classic designs of the modern era. For the first time, many of them, such as Breuer's glass showcase and Walter Gropius' ‘F51' armchair, were made using machines. Today, they are still an important part of the Tecta range and account for a considerable proportion of sales. A variety of collectors' pieces, drawings, letters, prototypes and old price lists, which decorate all walls of the production and administrative building, bear witness to the exciting years at the beginning, and Axel Bruchhäuser himself can tell a personal story about each individual item.

However, Tecta did not remain oriented solely towards Bauhaus but took an active interest in contemporary trends and, on the track of modern interpretations of the Bauhaus principles, began working with artists and architects such as Stefan Wewerka, Jean Prouvé, Alison and Peter Smithson, Sergius Ruegenberg and Al Hansen. Designs were reinterpreted and revised. In cooperation with Stefan Wewerka they produced the ‘Einschwinger' chair, which is made from a single steel tube and represents a radical reduction of the ‘Kragstuhl' (cantilever chair).

Bruchhäuser enjoyed a particularly close relationship to architects Alison and Peter Smithson who, although they never realised a major development project, became famous as architecture theoreticians and innovators in the fields of housing development and town planning. After the Economist Building in London and ultimately unsuccessful Robin Hood Gardens housing complex (also in London), they did not start building again until 1993 when, in close cooperation with Axel Bruchhäuser, they designed a house for him, the ‘Hexenhaus' (Witch's House) in Bad Karlshafen, and the multi-part ‘Kragstuhlmuseum' (Cantilever Chair Museum) on the Tecta grounds in Lauenförde. Numerous extensions to the factory sculptures and interventions positioned in the park have also been implemented in accordance with plans of the Smithsons. Bruchhäuser's working relationship with the Smithsons was of a kind that is unlikely to be found any more. During the architects' numerous visits to Tecta, they discussed, argued and fought over every detail. The primary issue was not money but the joint aim of creating something futuristic. An ability to listen and a high level of tolerance were essential factors in the realisation of the Tecta cosmos. On many occasions, Alison Smithson walked around the factory and offered suggestions for improvements and ideas wherever she went. Some designs were even changed in accordance with her plans - a strenuous but, in the last analysis, wonderful and profitable working relationship, says Axel Bruchhäuser today.

Now covering an area of 6,000 square metres (Peter Smithson died before it was completed), the ‘Kragstuhlmuseum' houses an impressive collection - from the ‘Kragstuhl' collection, which documents the history of the chair with no rear legs, from the rigid to the elastic cantilever design, via the Jean Prouvé Archive with over a hundred original works by the French master and the ‘Modern Original Models' with prototype chairs from designers such as Schinkel and Wewerka, to the Alison and Peter Smithson Archive and Wewerka Studio.

Thus, a visit to Lauenförde is necessarily a journey through the post-war history of modern design offering insights into the interaction of design, art and architecture. The whole is an experience that sets an inspiring and agreeable counterpoint to the hustle and bustle of modern life. 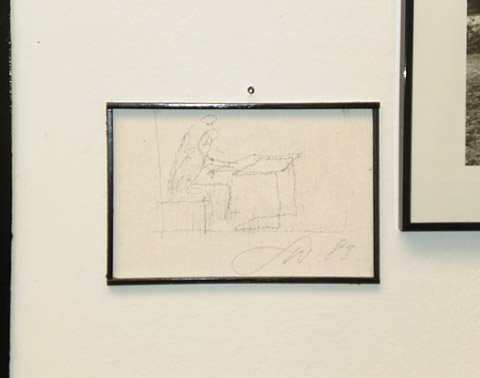 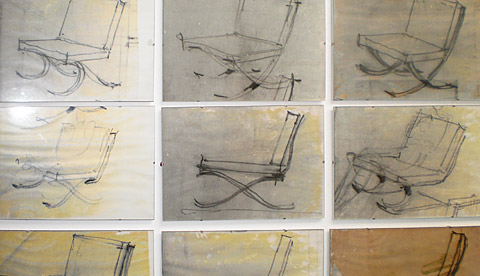 Outlines by Mies van der Rohe for the Barcelona Chair 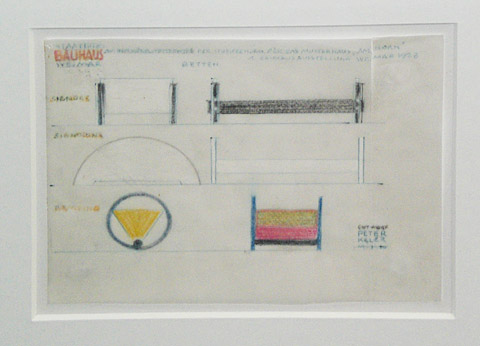 Drawings by Peter Keler for the cradle according to Wassily Kandinsky 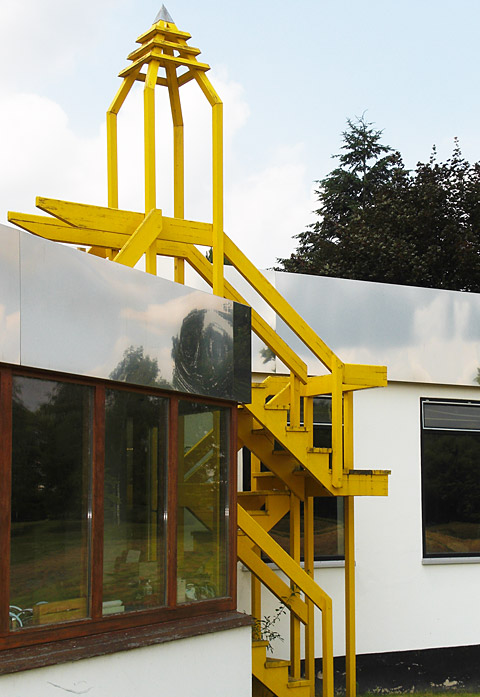 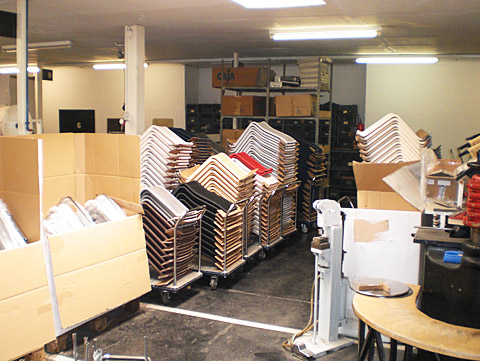 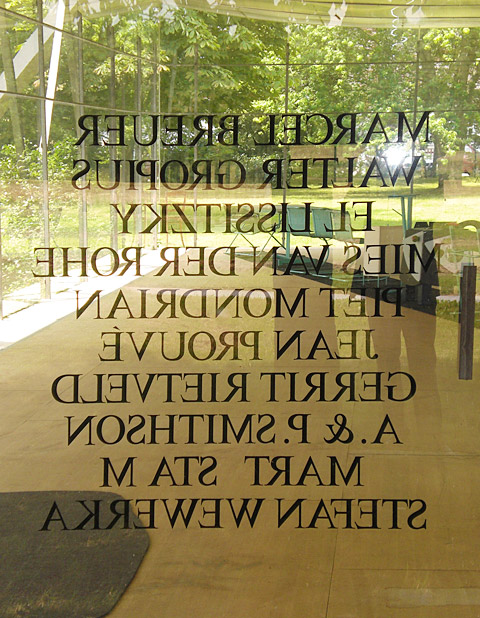 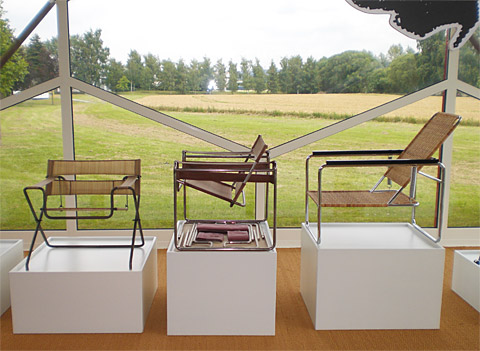 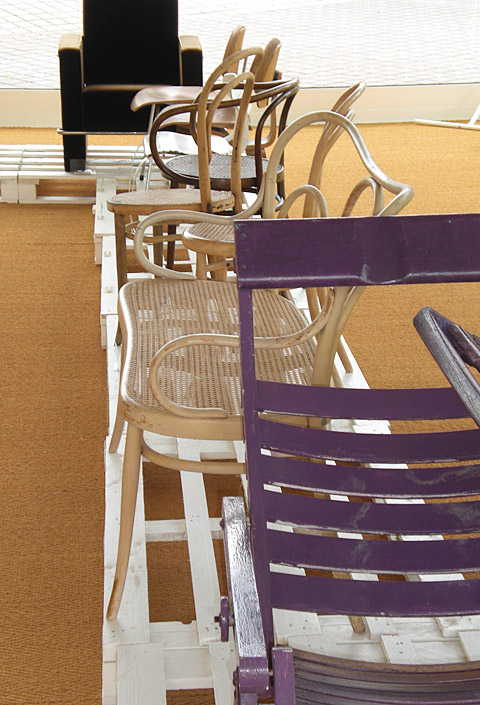 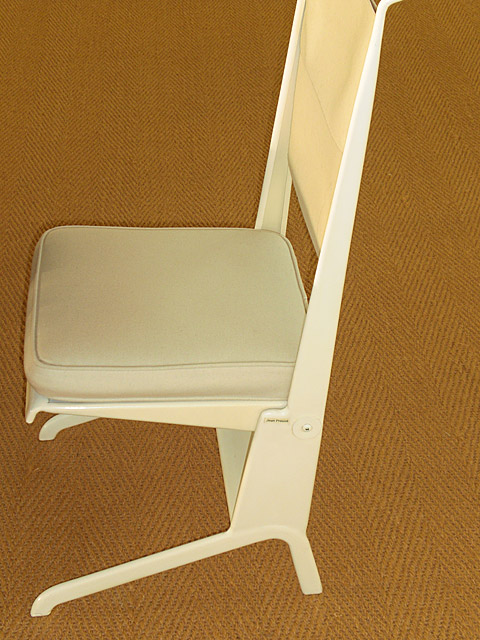 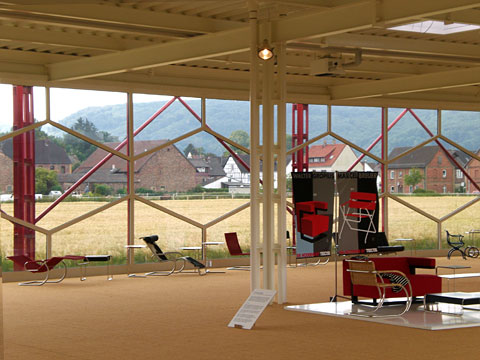 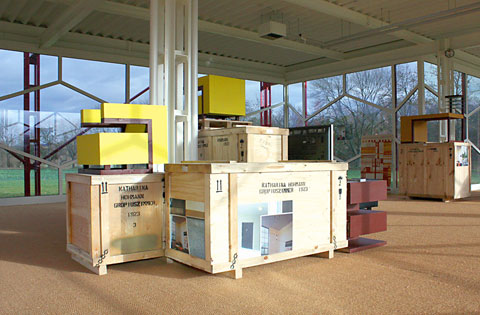 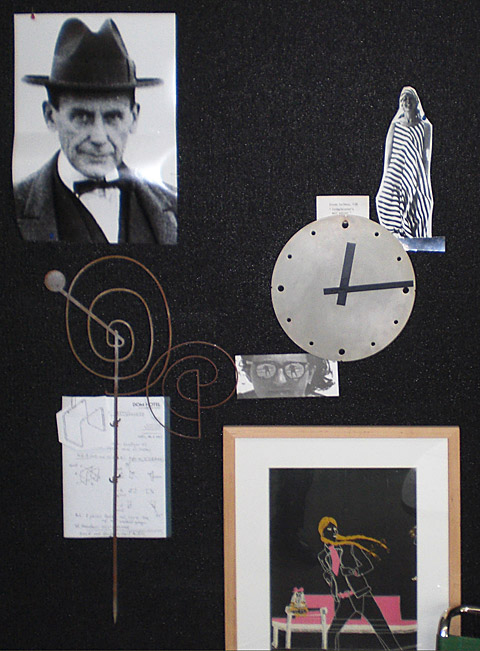 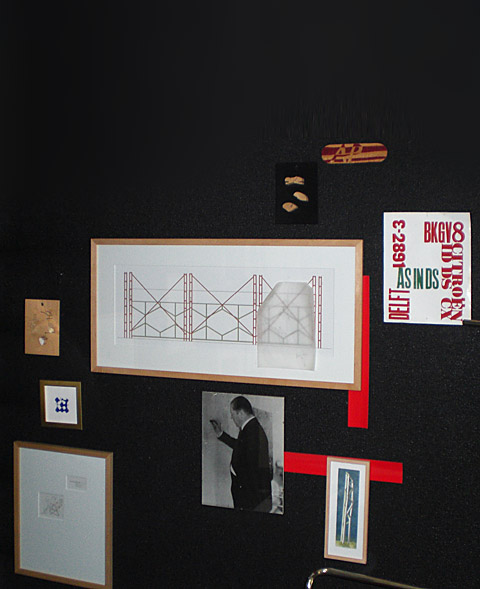 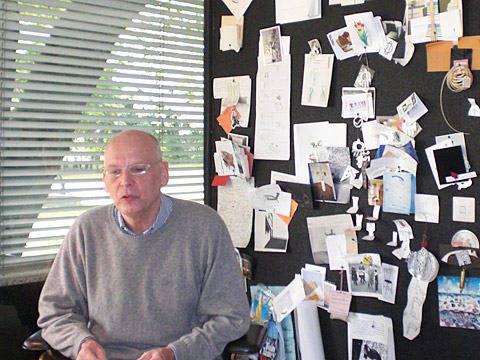 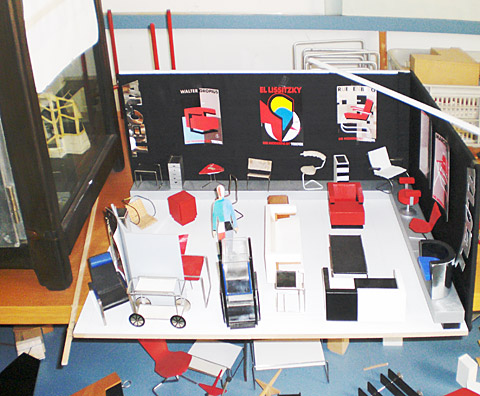 Model for the booth at the furniture fair in Milan 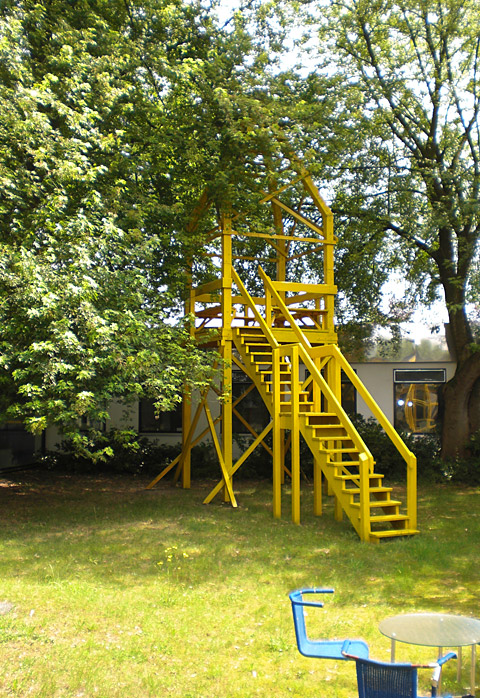 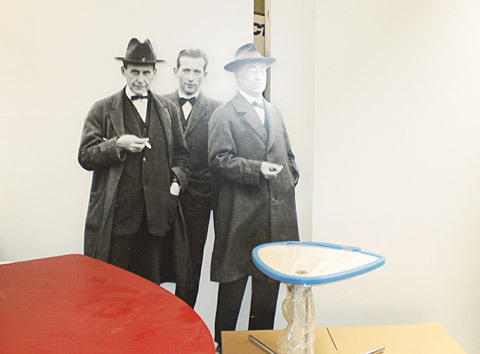 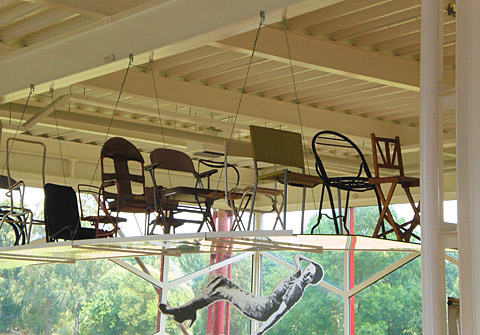 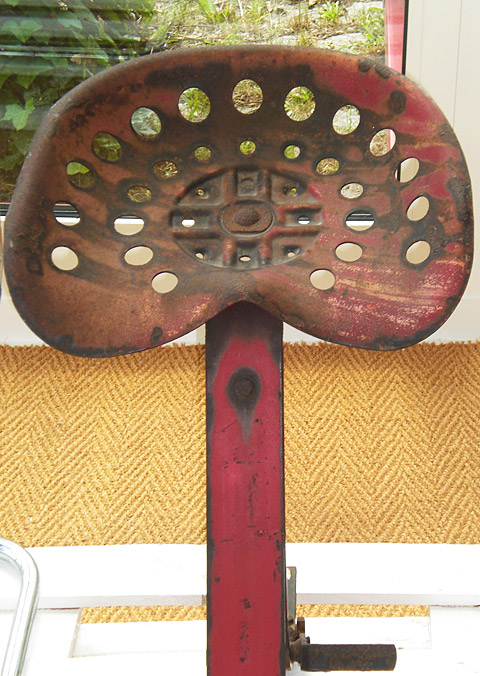 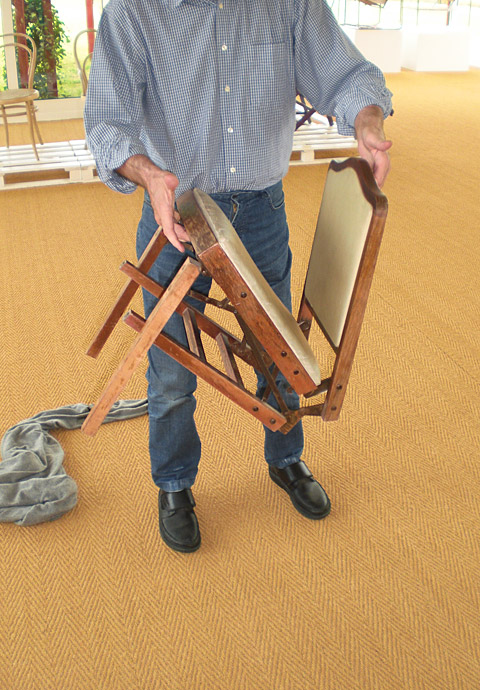 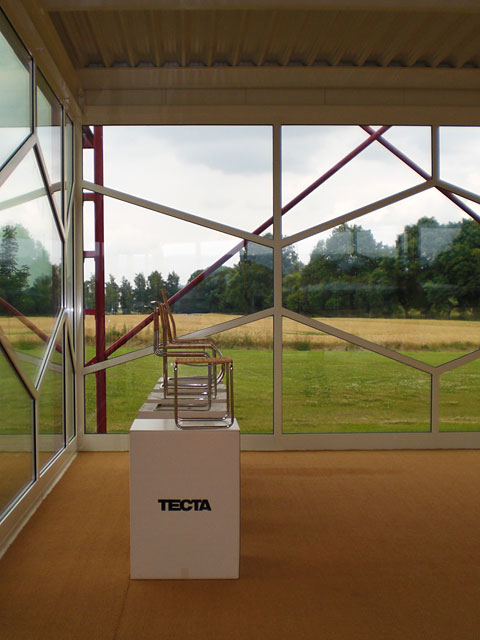 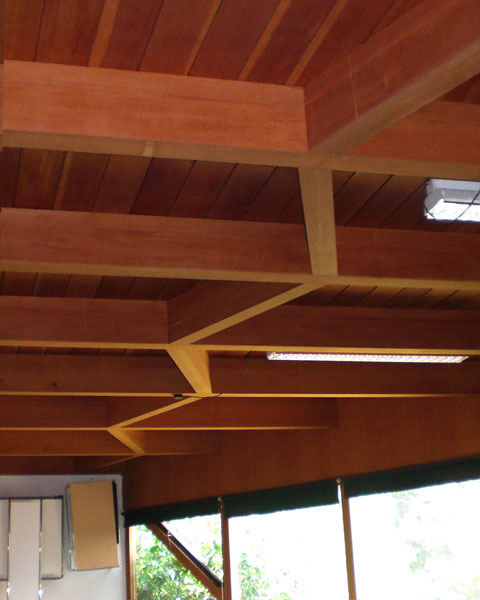 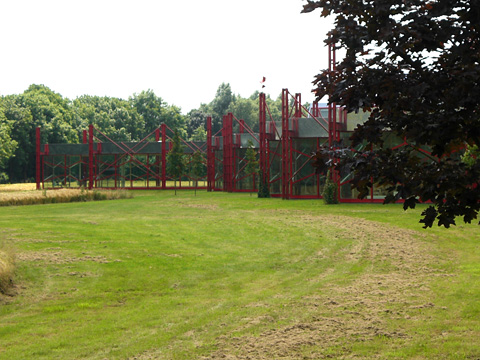 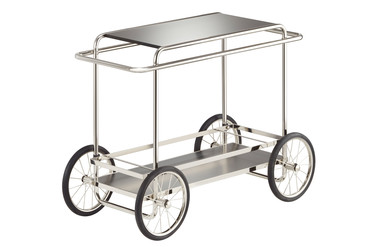 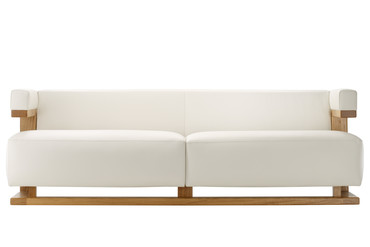 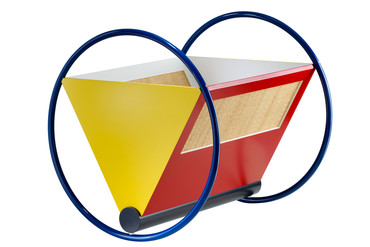 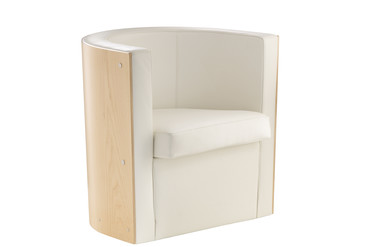 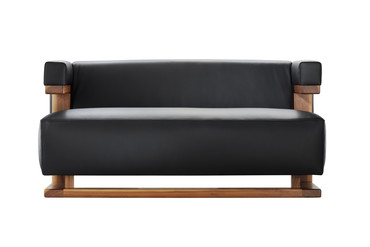 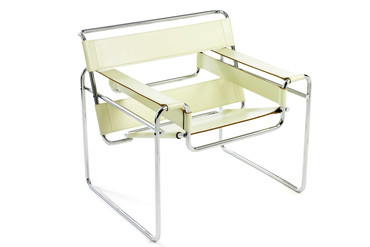