For the Music of the Pearl Divers

Two small new buildings with an iridescent metal façade have been integrated into one of Bahrain’s historical districts. They were developed by Belgian architects Kersten Geers and David van Severen for a project in aid of preserving the music and culture of local pearl divers.
by Florian Heilmeyer | 1/31/2017

Starting at the Venice Architecture Biennale in 2010, the office of Kersten Geers and David van Severen has been busy with two comparably small yet highly innovative and remarkable buildings in the Kingdom of Bahrain – with the next one already in the making and on a much larger scale. We spoke to David van Severen about architecture that helps to protect the heritage and preserve the tradition of the Bahraini pearl divers, who once were the country’s most important source of wealth.

Florian Heilmeyer: So far, and unlike many other big-name architects, your office has not been active on projects in the Arab world. So how did you get involved in this project in Bahrain?

David van Severen: It was purely coincidence. Back in 2010 we won the Silver Lion at the International Architecture Exhibition in Venice for our contribution to the main show. As a result, we shared a stage with the representatives of the Bahrain pavilion as they won the Golden Lion for the best National Pavilion that year. The latter was commissioned and organized by the Bahrain Ministry of Culture and Antiquities. Somehow one thing led to another and they ended up asking us if we were interested in considering two very small projects dealing with the preservation of Bahrain’s cultural heritage.

How precise were their ideas at that point?

David van Severen: Pretty precise, actually. They showed us two sites in the city of Muharraq, a harbor town in northeast Bahrain and one of the oldest settlements in the country. It was the capital of Bahrain until the 1920s, and one of the most important centers of pearl diving. You see, pearl diving is a very important tradition in Bahrain, dating back to Assyrian times. In its heyday in the 1920s and 1930s there were some 30,000 pearl divers in Bahrain. Of course, that was before the discovery of oil; today there are only very few pearl divers left. It is a heritage that Bahrainis care about, so today they are trying to strengthen and foster what’s left of it.

The two sites they showed us are part of the Bahrain Pearling Trail, which has been included on the UNESCO World Heritage list since 2012. The trail stretches from three oyster beds, along the shore to Bu Mahir Fort, and then on to 17 buildings and public squares in the old town of Muharraq. These include some ancient houses and squares where the divers worked, lived, gathered or celebrated. The trail tells the stories of the life of the pearl divers back then and now.

So the two sites you are dealing with are historical sites on the trail?

David van Severen: Yes, and both projects are indeed very similar. Each consists of the renovation of an existing “dar”, which simply means “house” in Arabic, and a new extension as a “majlis”, a “place of sitting”, to be used as a communal and public space for traditional music performances. One of the projects, Dar al Jinaa, is
now completed and already inaugurated, while the other, Dar al Riffa, is still under construction.

Why do both buildings need to be extended?

David van Severen: Both buildings are typical old Arabic courtyard houses with two or three floors, and very small, simple rooms. In a very unremarkable way they exude a straightforward beauty that I like a lot. They could almost have been our own designs. Yet both were too small for the new purpose. Adding to which, they are also pretty much closed to the outside world; like many courtyard houses they have almost no windows or doors to the street, as all rooms are aligned to the courtyard. In the discussions about the project it became soon clear that in order to make the performances visible and open to a larger public, we would either have to destroy the basic qualities of the existing dar – or construct a new building as an annex with qualities of its own.

So one could describe both pairs of old and new buildings as complementary opposites, sort of an architecture of Yin and Yang?

David van Severen: That’s a nice way of putting it. In fact we did suggest creating two completely new, clearly contemporary structures, completely detached from the existing dars. We also made them one floor higher in order to increase floor area and forge a direct visual link between the old and new buildings: From the courtyard you can now look up and see the new building, and from the top floor you can look down into the old courtyard. At the same time, we wanted to reference the spatial simplicity of the old dars. Which is why both new builds are very simple structures, with concrete platforms stacked on round concrete columns and connected by simple stairs. Although it wasn’t our original intention, we ended up with this strange mixture of a temple and a Maison Dom-Ino structure.

It seems to me, though, that the simplicity gives way to a rather complex set of layers between the inside and the outside, no?

David van Severen: That is true. There are actually four elements: The open space inside has a skin of foldable glass doors which you can either open up completely or keep shut. Additionally, there are perforated wooden panels in each glass element, so you can add another visual layer like a privacy filter. Behind the glass doors is an in-between space with the load-bearing columns and finally, the entire house is covered by a seamless metal mesh providing shade from the desert sun, a visual filter that also transforms the buildings into enigmatic ‘veiled’ objects. When the building is in use, for example when there’s a performance on the ground floor, the mesh can be mechanically lifted like a theater curtain. Thanks to this mechanism the ground floor can be completely opened out to its surroundings and becomes part of the public space. Given all the possible combinations of the three different layers, the inside can become either super-private or super-public – or anything in-between these two poles.

It is very difficult to imagine how the buildings appear in reality with their metal mesh facade.

David van Severen: We worked on this element a lot, experimenting how it should look and feel, and how this mechanism would work. Now we are very happy with it. On the scale of a building, it gets very abstract. Depending on the light conditions, the mesh sometimes appears to be a massive, opaque textile or even plaster surface. Yet when the light changes it grows very transparent and at night, when the inside of the building is illuminated, you can clearly see through. Sometimes it has a mild glittering effect which is very nice and, well, theatrical. The mesh is exceptionally elegant.

You mentioned that each floor is dedicated to one single purpose, that being…

David van Severen: The ground floor is for the main performance. The first floor, which is almost the same size but not that high, is used for musical education. On the top floor of the Dar al Riffa there will be residence studios while in Jinaa there is an office and storage space. As we wanted to keep the inner space as pure as possible, we put all the necessary services like stairs, bathrooms, toilets, and technical equipment in the space between the glass doors and the metal mesh.

With the Dar al Jinaa already finished and the Dar al Riffa nearing completion, what’s next?

David van Severen: We are already involved in the redesign of the Pearling Trail. With Bureau Bas Smets we are working on a concept that basically keeps the historic sites on the trail the way they are, but adds some necessary infrastructure. We want to create visual coherence along the trail, using elements of polished concrete which include a cooling system to turn them into places that offer visitors respite – and also into places for the people of Muharraq to meet and interact. Like small oases in the old town, maybe.

We are spending a lot of time and energy on these projects in Bahrain. We also try and make sure we are on site a lot and discuss the progress of the projects with the local architects and authorities. It is maybe a bit too much of an effort for such small projects. But we are really happy with the results so far. It is fascinating to be involved in such a project and experience how seriously Bahrain takes protecting its heritage, culture and tradition – in a country where at first glance the entire culture seems to be all about oil and the sudden wealth that it brought with it.
INTERVIEWS
For the Music of the Pearl Divers
1 / 10
Advertisement
For the Music of the Pearl Divers 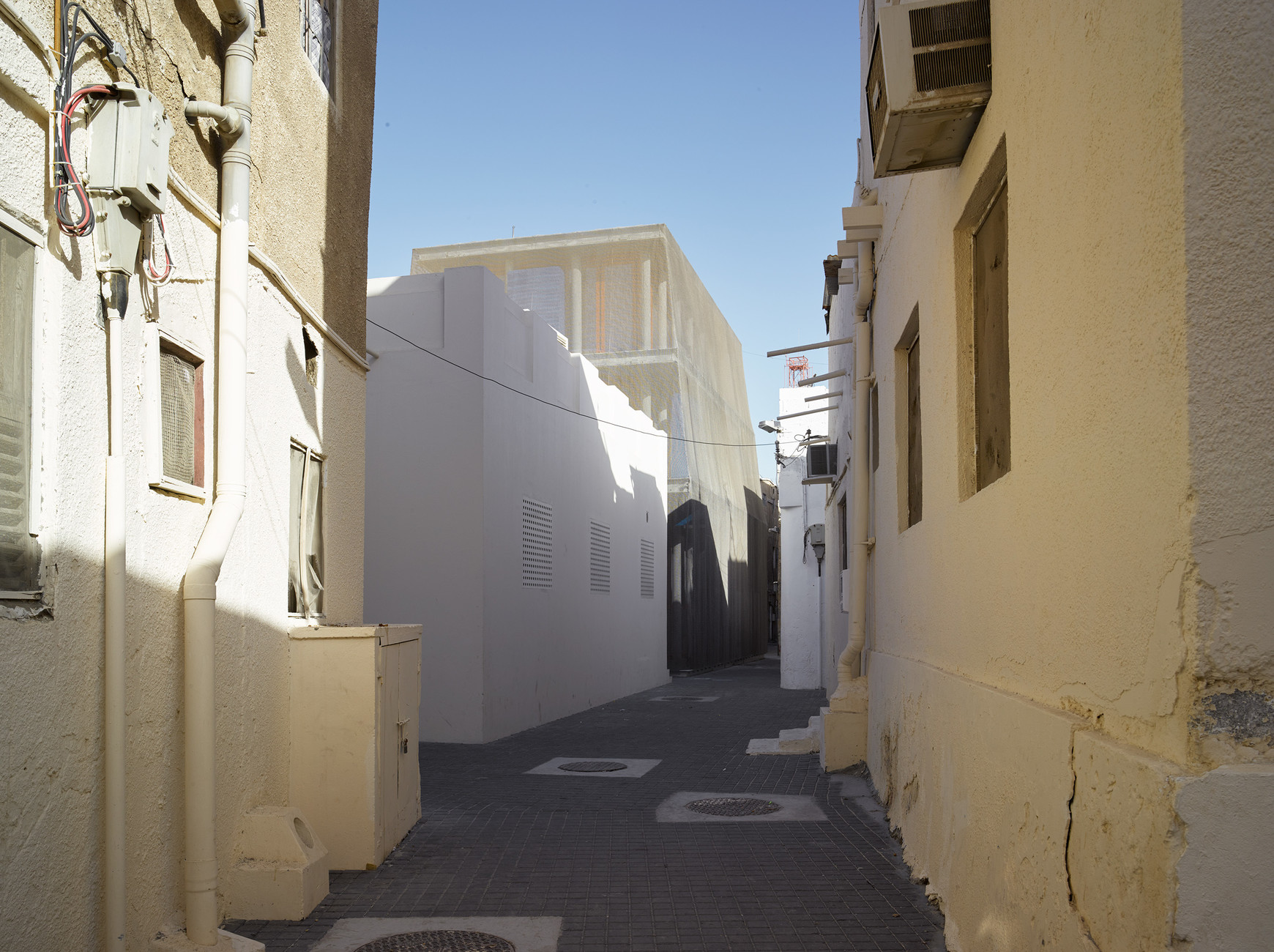 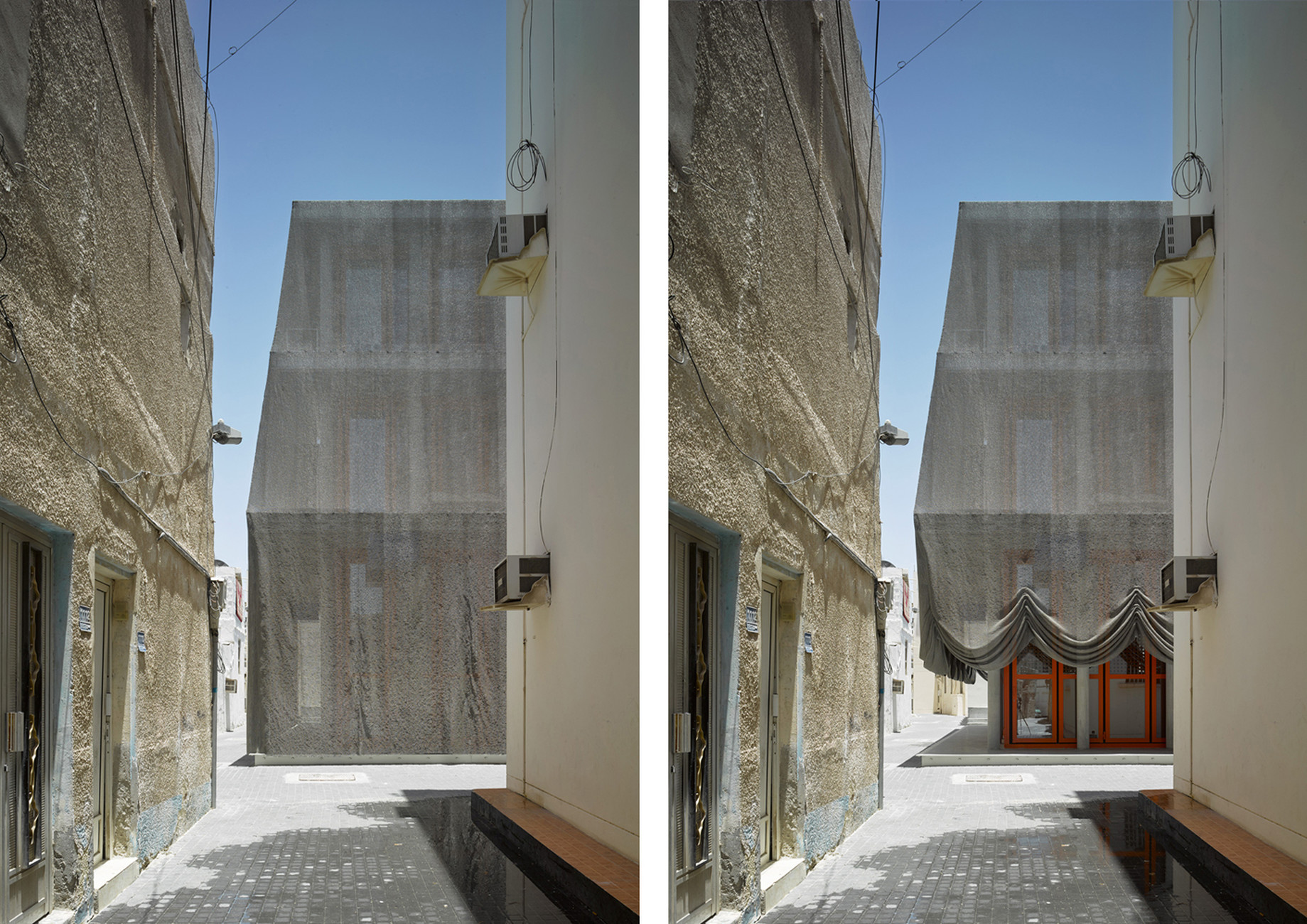 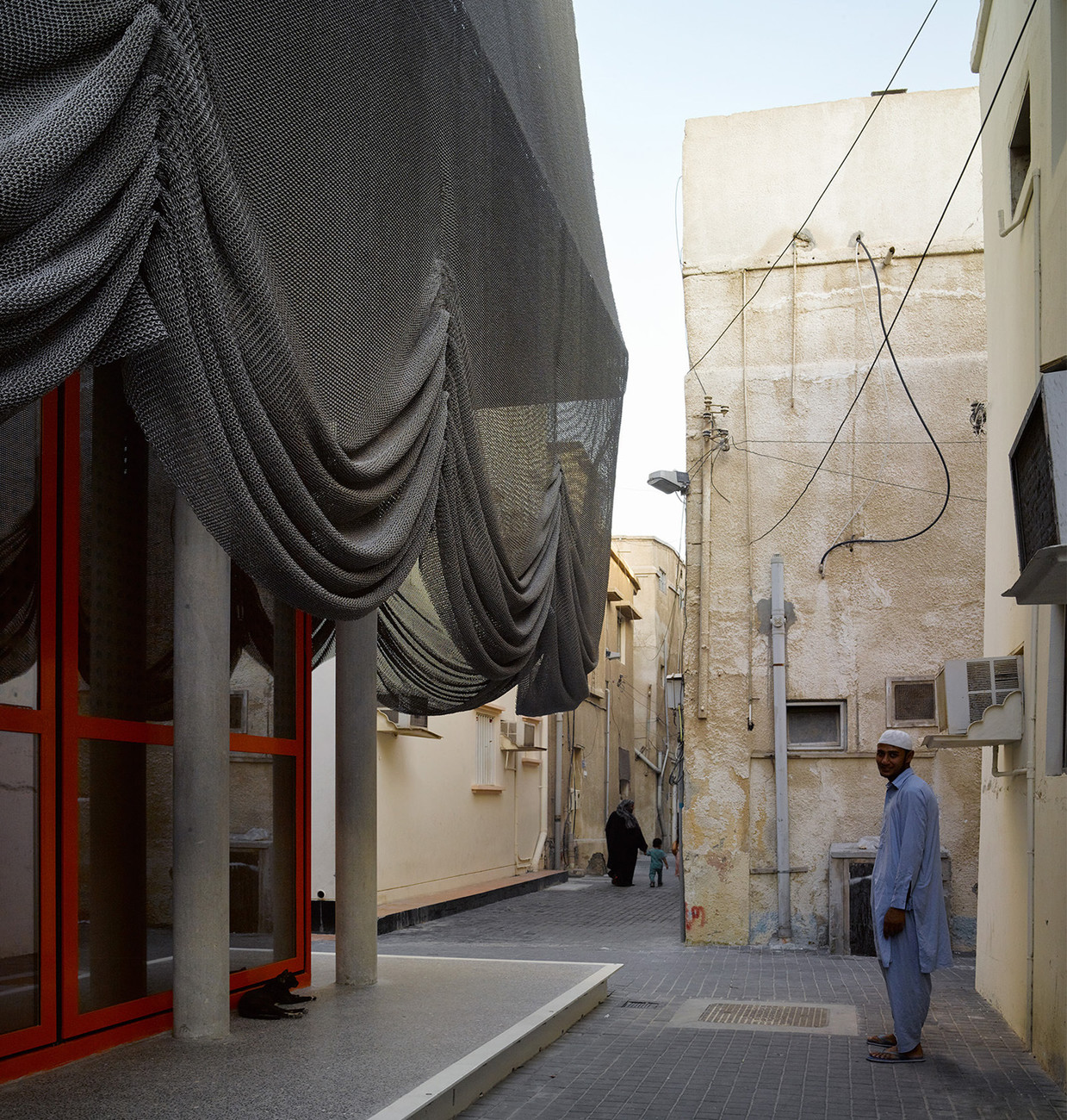 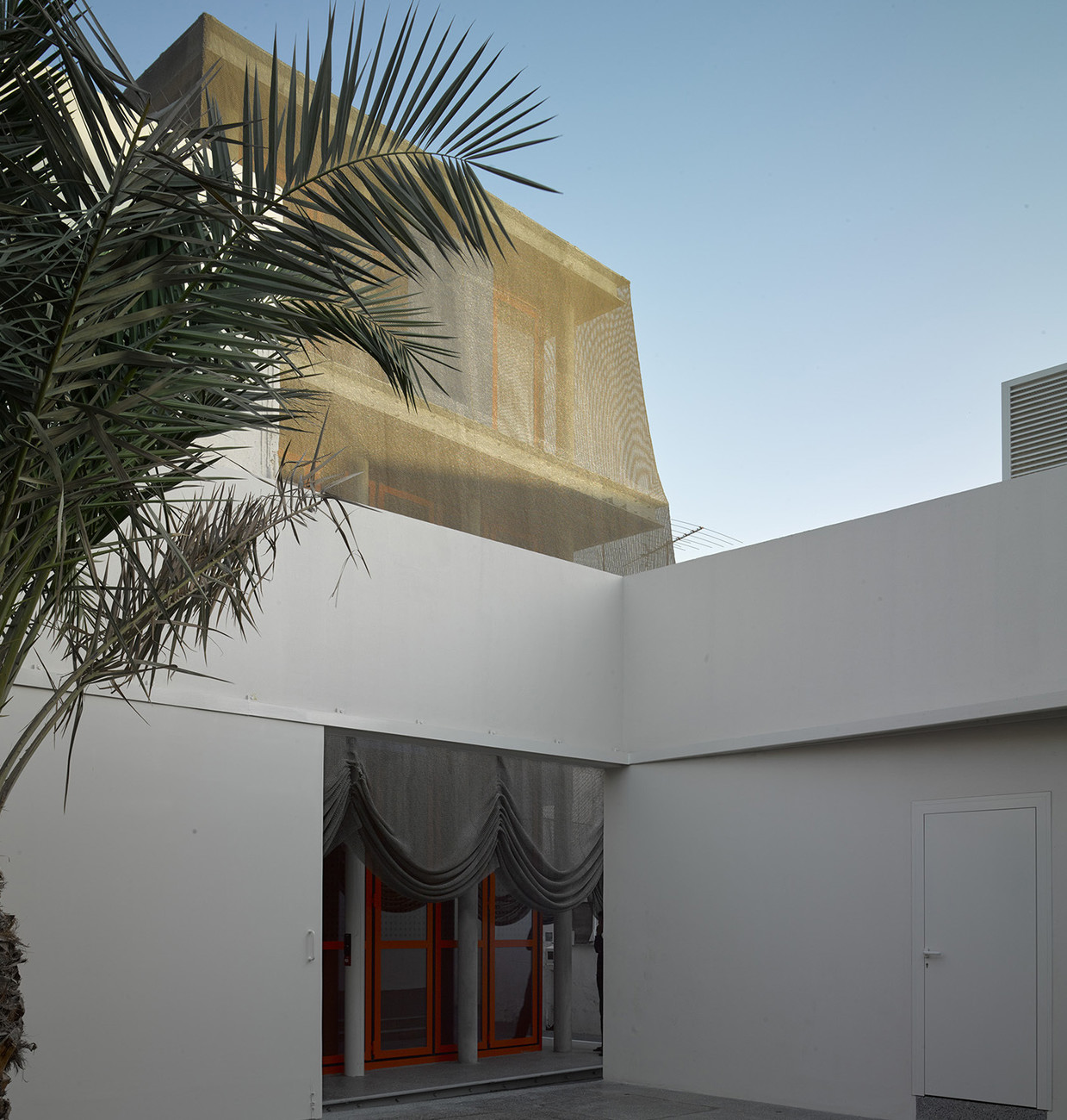 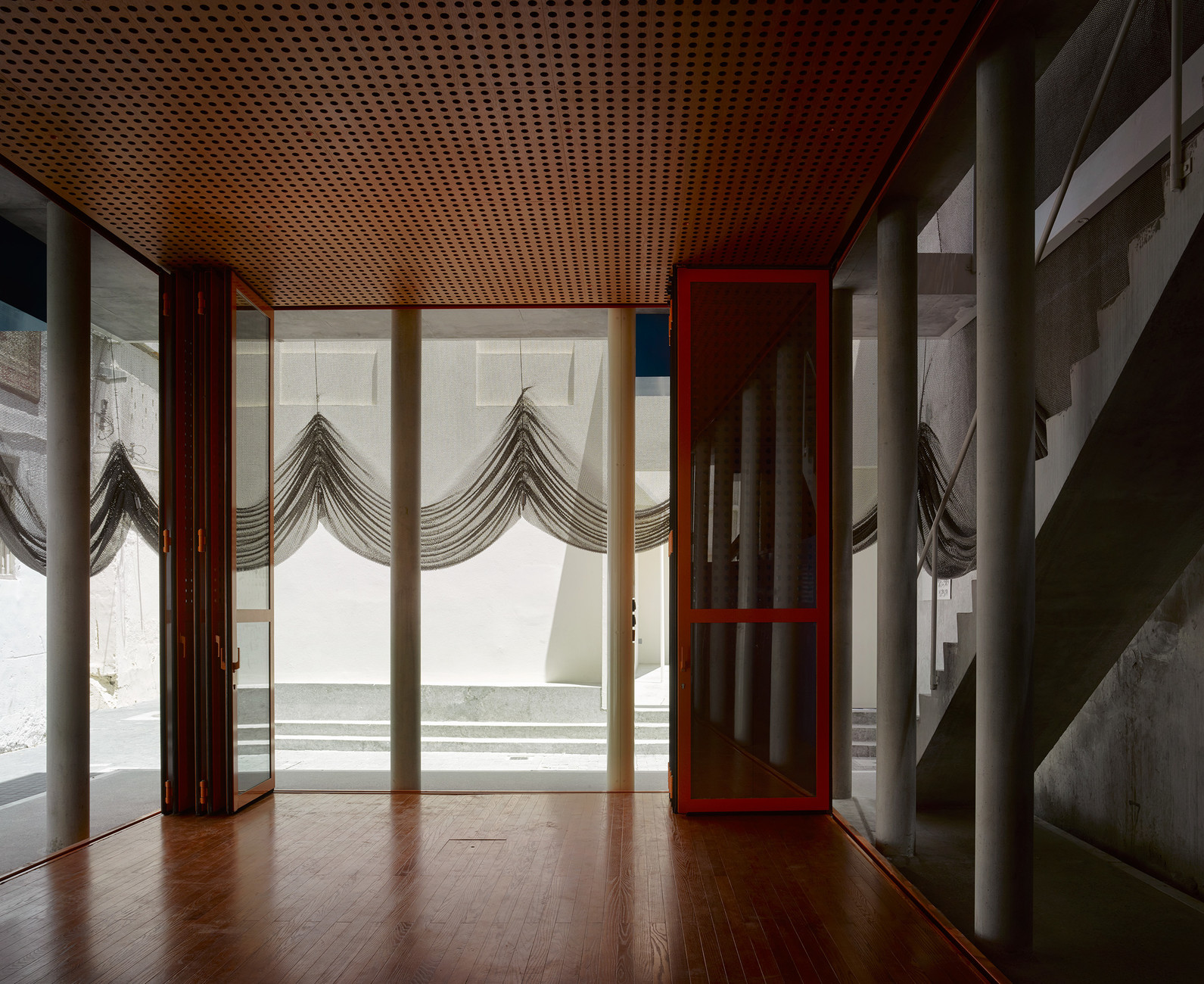 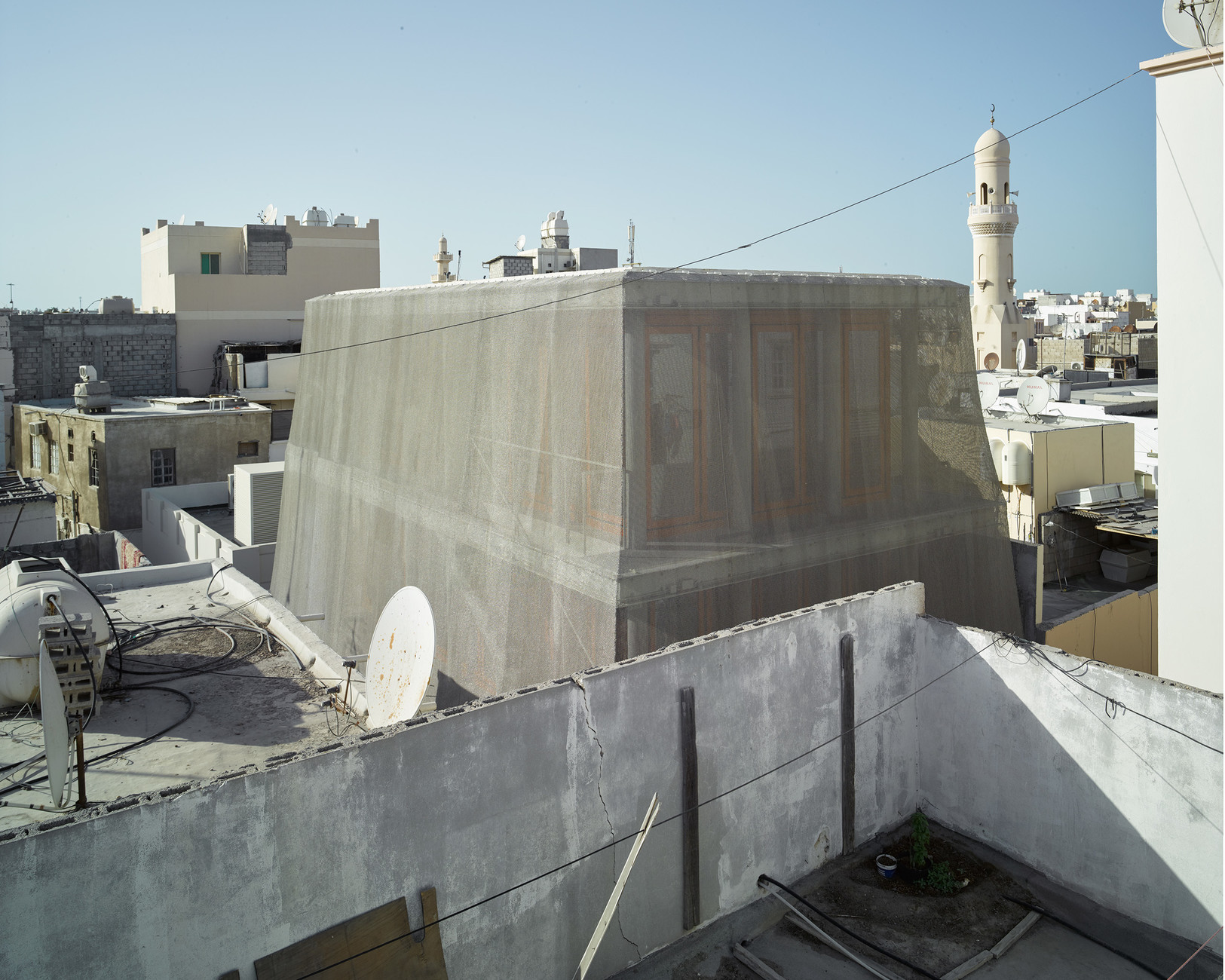 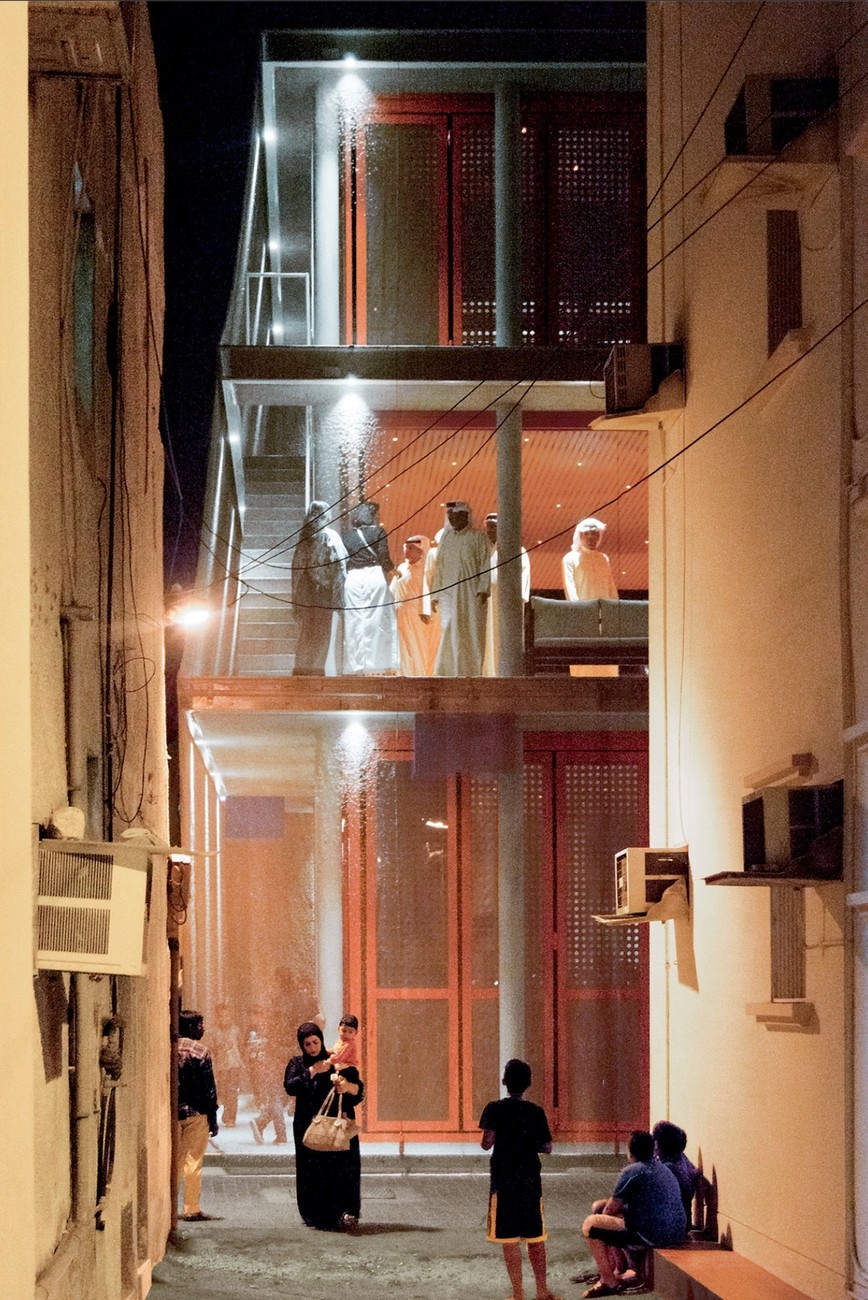 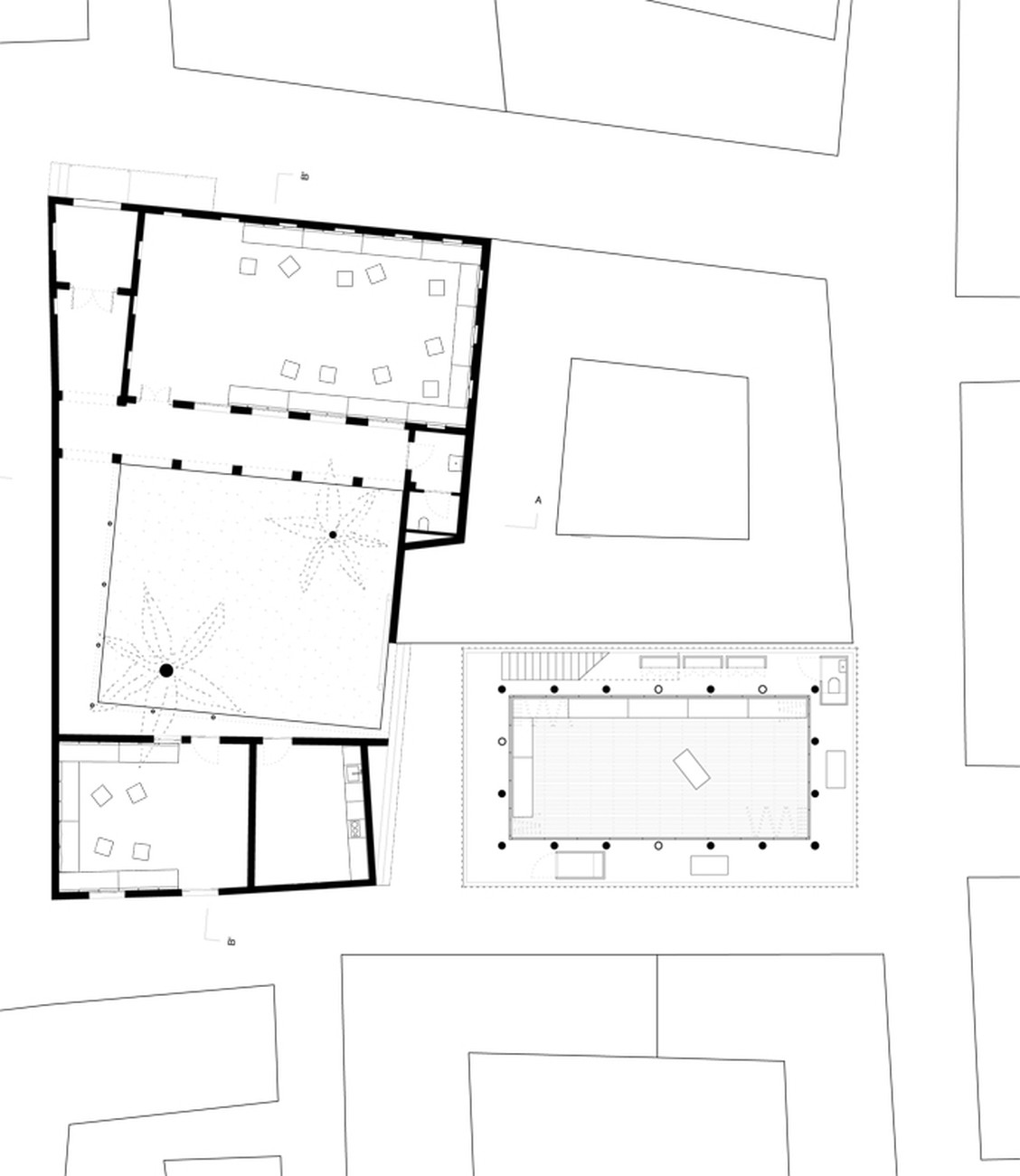 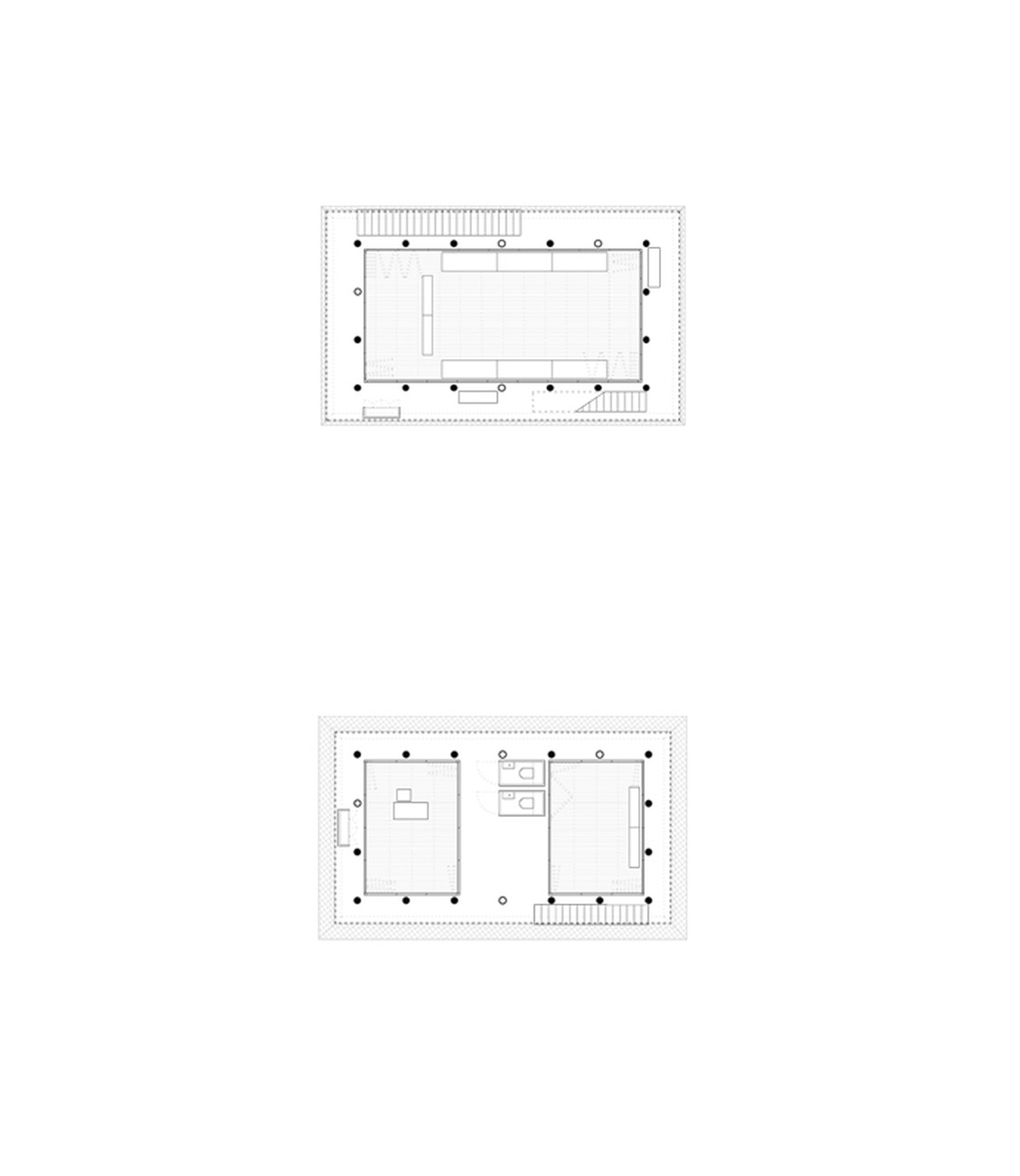 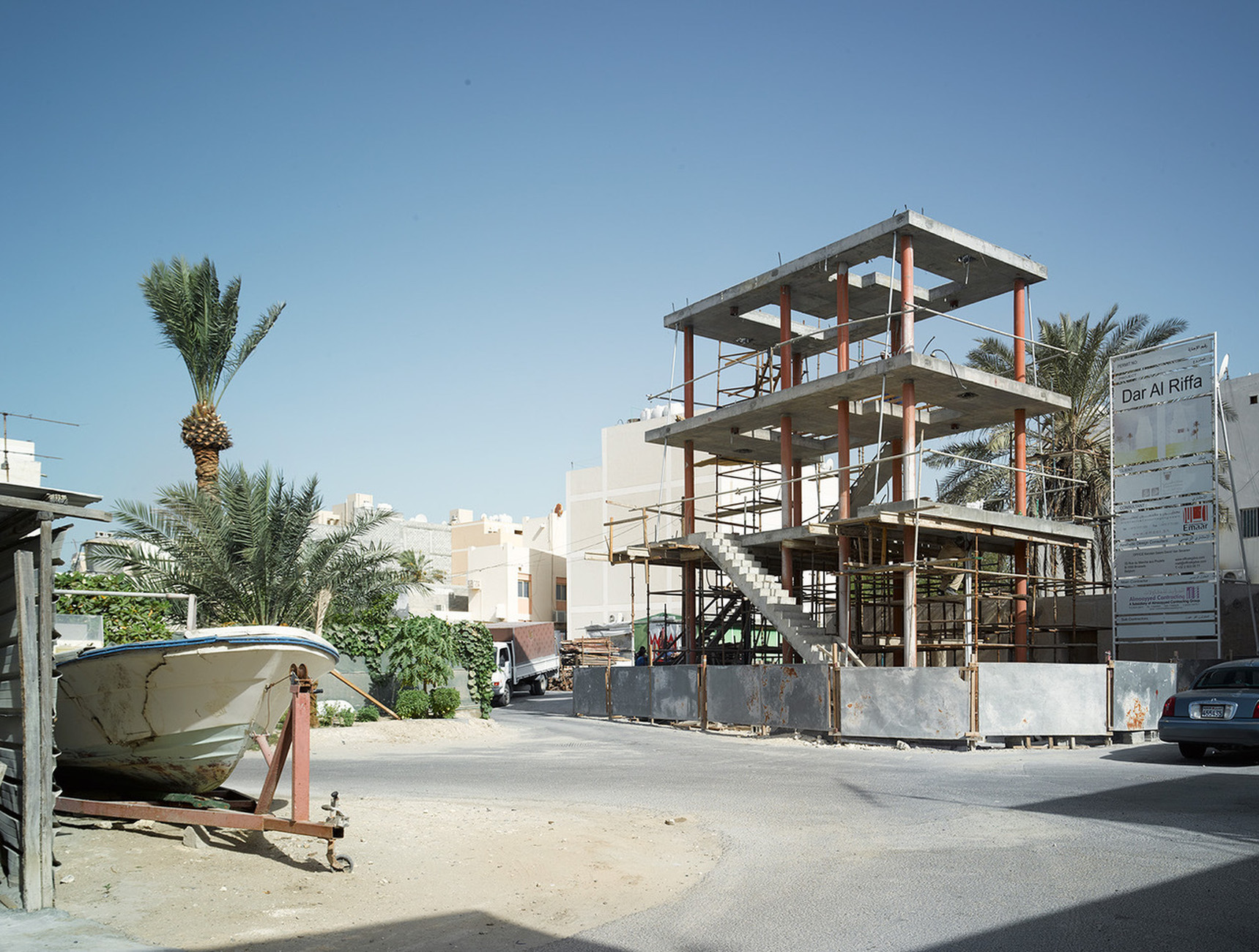