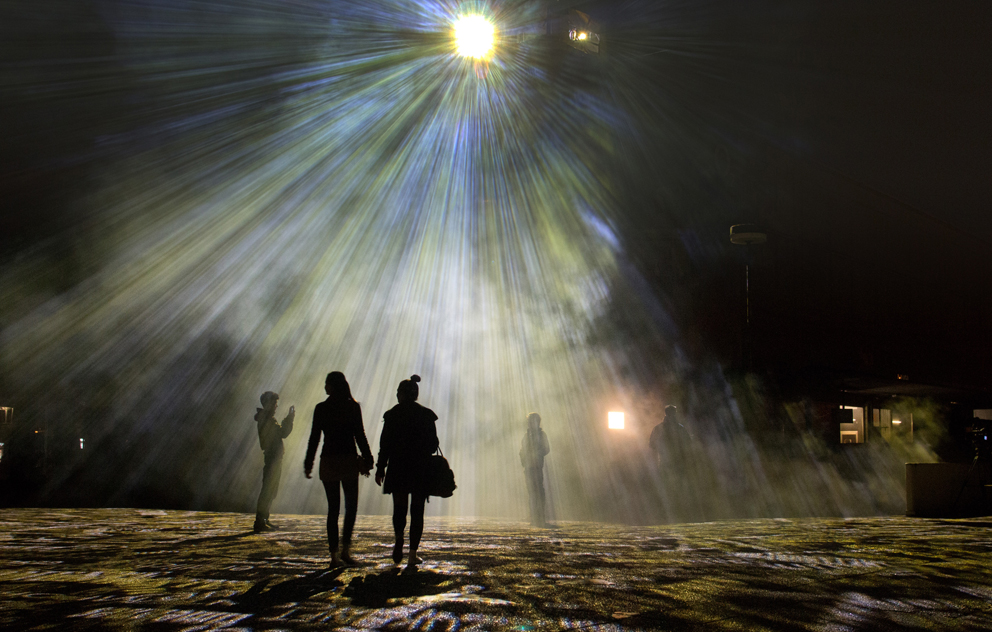 Since the last Light + Building in 2012 the field of lighting and building technology has evolved at an impressive speed. And thanks to ever better system efficiency, light has come to be an essential part of smart grid-based building technology. And yet, precisely in relation to intelligent building services equipment there are many questions awaiting answers. It is not surprising then that architects, interior designers, engineers and tradespeople are eagerly anticipating the next Light + Building, set to open its doors to a professional audience soon in Frankfurt/Main. From March 30 to April 4 visitors will be able to browse 240,000 square meters of exhibition space with more than 2,300 exhibitors from 50 countries and countless innovations in four official product fields: lighting, electro-technology, building automation and software for the construction industry.

In future, intelligent networking of different energy sources, storage devices and consumers will be central to ensuring optimum building automation services. The trends and concepts to be showcased this year clearly demonstrate that we are currently experiencing an intense phase of technological and social transformation and rethinking. The importance of electricity, where it comes from and how it is organized, is changing radically.

“Explore Technology for Life – the best energy is energy that is not consumed”, is this year’s motto in Frankfurt; a clever slogan that points to future challenges in relation to energy efficiency. Let’s begin on the small scale: LEDs take up little space, produce considerably less heat than light bulbs and have a service life that makes replacing illuminants essentially redundant. Paving the way for luminaires with permanently installed LEDs and matching control systems. The next step (albeit somewhat more pricy) is OLEDs, which, providing diffused instead of bundled light, are set to revolutionize the concept of the luminaire as we know it. We are keenly anticipating the creative possibilities that designers have explored in this context.

While the last Light + Building focused on the LED and the quality of light it produces, the small diode has since become a firm fixture in the lighting industry. However, in 2012 domestic solutions destined to replace the conventional light bulb were still few and far between – and came with the matching price tag. That said, even back then there were palpable signs that new suppliers, such as from the Far East, were pushing into this market with their own products, unsettling the prime positions of previous heavyweights. Professionals are curious to find out which players have remained in the race and what product innovations Eastern manufacturers will have to offer.

In the early years of Light + Building – a spin-off of Hannover Messe that made its debut in 2000 – it was mostly technology buffs flocking to Halls 8 to 11 at Frankfurt’s trade-fair grounds. Since then the topic of digital networking in buildings has moved into the mainstream, with solutions that enable users to control home automation systems from anywhere via mobile devices such as smartphones or tablets most highly sought after. Another exciting trend is the recent advances in the field of “smart metering”, a technology that allows users to measure their individual energy consumption – and manage it accordingly.

An issue that has not been sufficiently addressed to date concerns the storing of power that buildings generate via solar cells, for example. The current method of storing this electricity is by accumulators. Promising methods include “power-to-gas” technology, which converts electricity into hydrogen or methane. Having proven successful in research settings, this method could become an important option in supplying energy in the near future. Hydrogen and methane are perfect for powering cars and for cooking.

Hosted by the Central Association of German Electrotechnical and Information Technology Trades (ZVEH) in the outdoor space between Halls 8 to 11, the special show “Smart Powered Building – Your Building in the Smart Grid” provides additional answers to the question of storage. The focus here will be on photovoltaic, wind power and cogeneration products and components currently available on the market. The ZVEH’s “e-house” provides a hands-on demonstration of these methods and is well worth a visit.

All efforts for energy efficiency and optimum energy management aside, end consumers will surely not miss out at this year’s Light + Building. We need only consider lighting concepts that respond to individual user requirements or intuitive control options for all building services, for example. 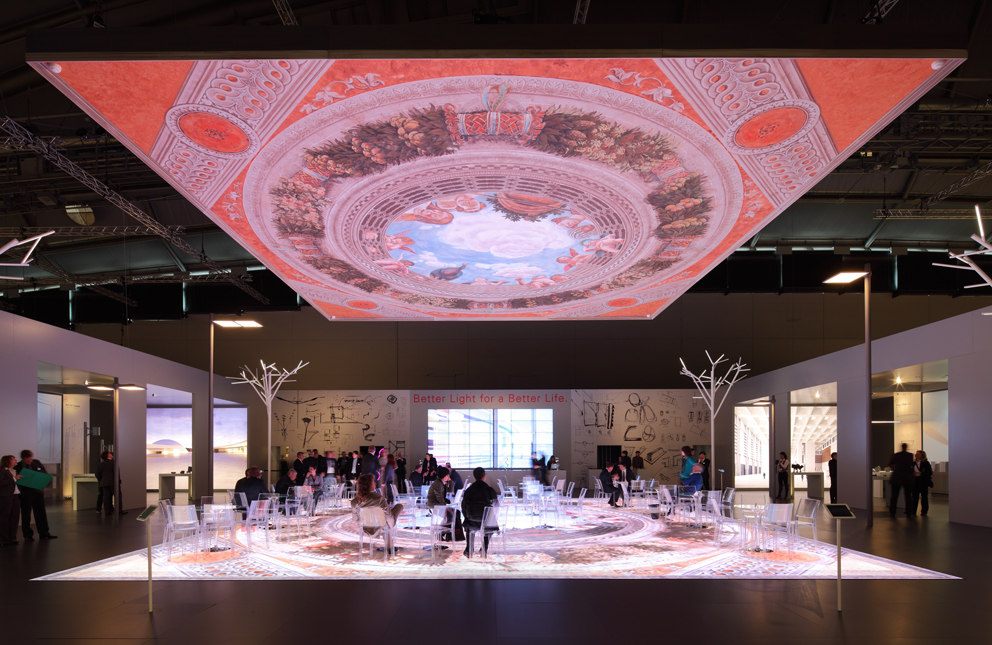 With the impression of an italian „piazza“: iGuzzini´s stand in 2012. Photo © samba-photography 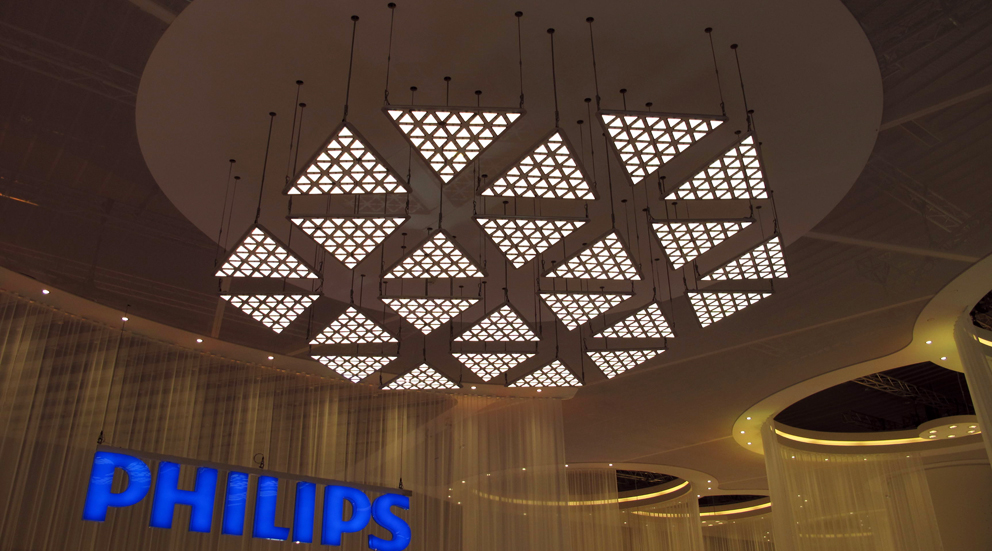 Although the OLEDs functional principle already exists for a while – a batch production is still uneconomical. Photo © Der Raumjournalist / Thomas Geuder 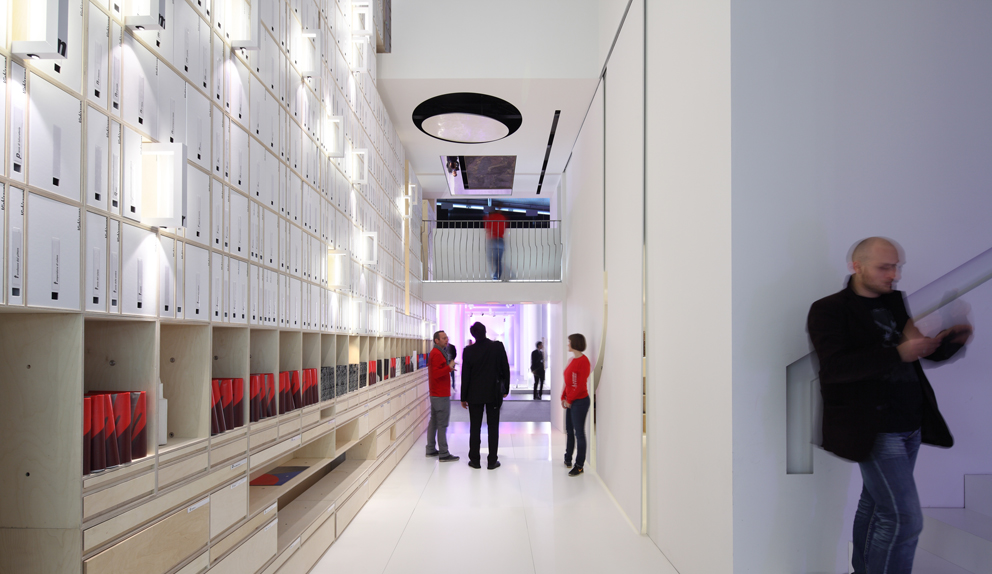 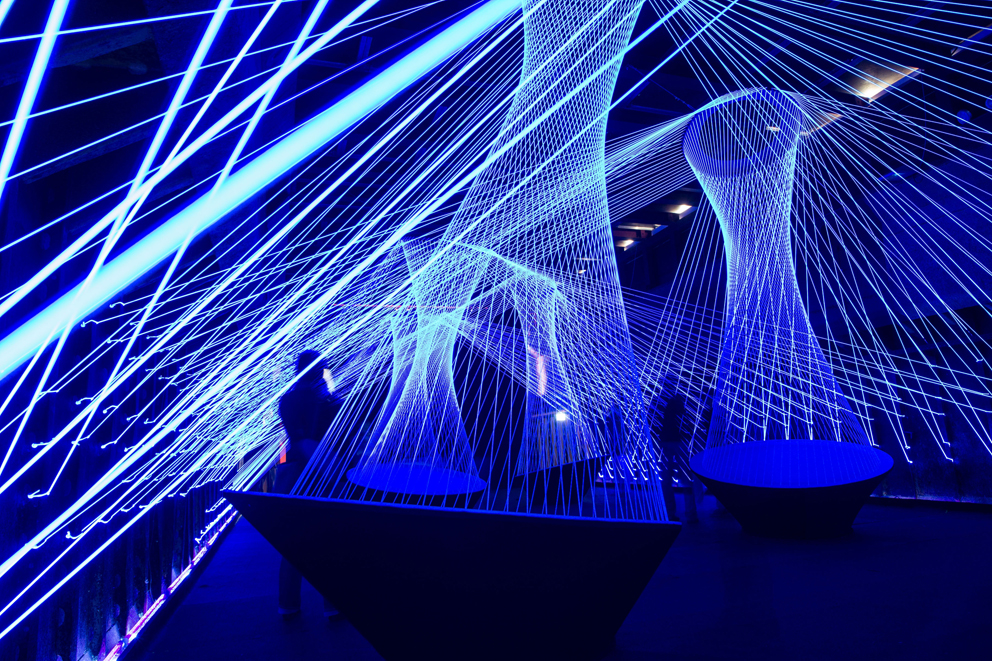 “Resonate”: An interactive light- and sound-installation created by a student cooperation of various design-schools. Photo © samba-photography 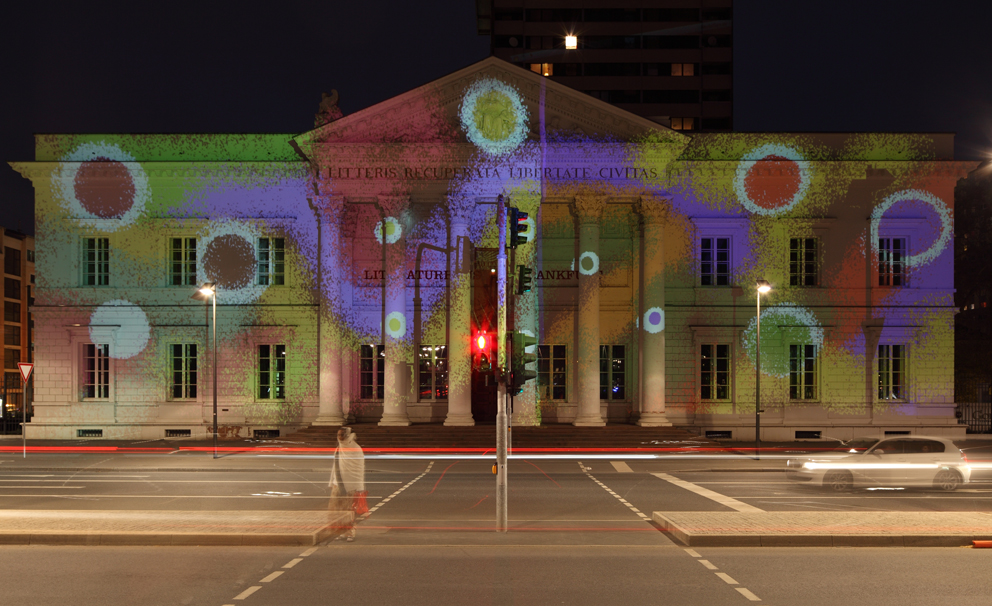 Façade design via mobile phone and a projector. One of the Luminale projects, taking place in 2012. Photo © samba-photography 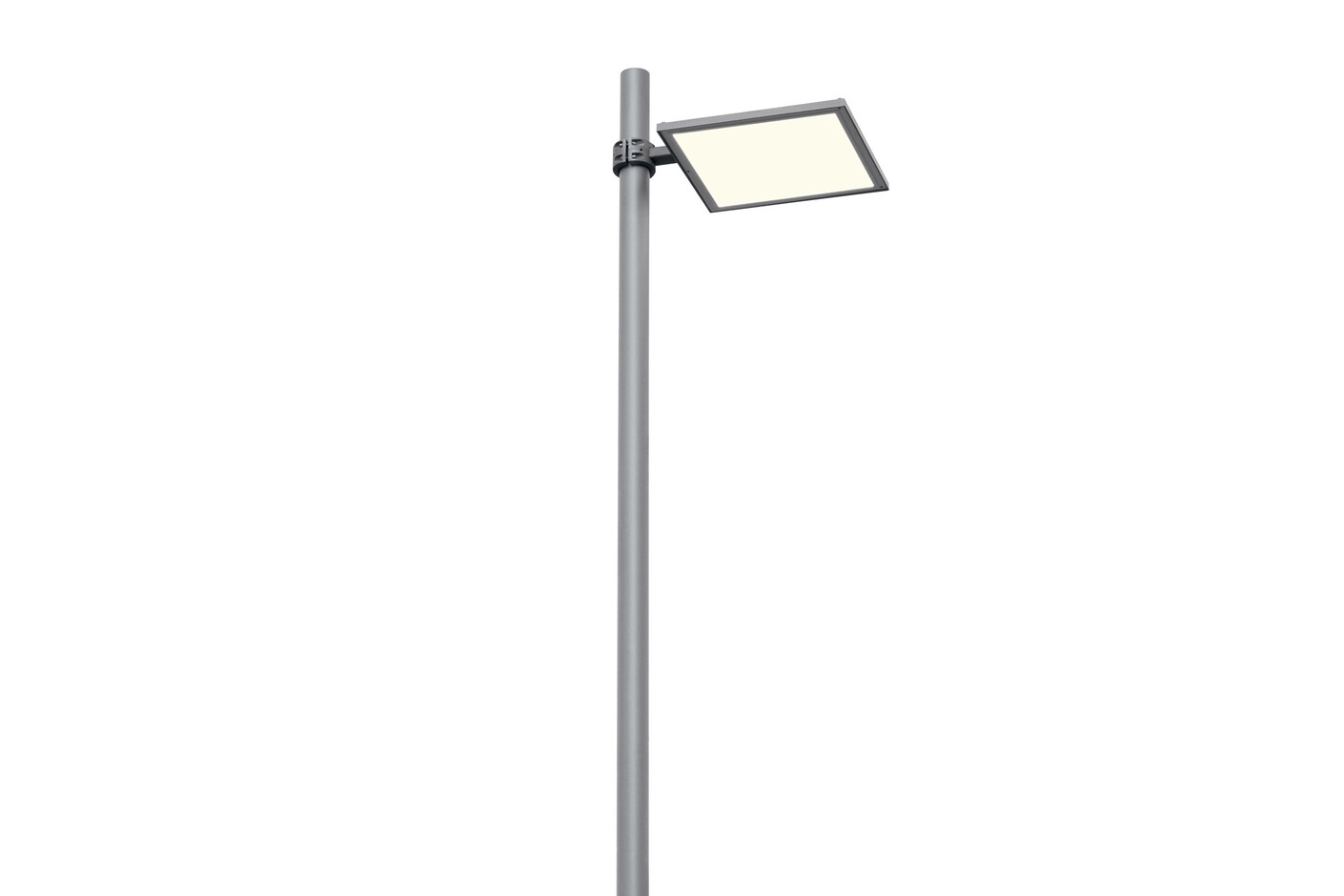 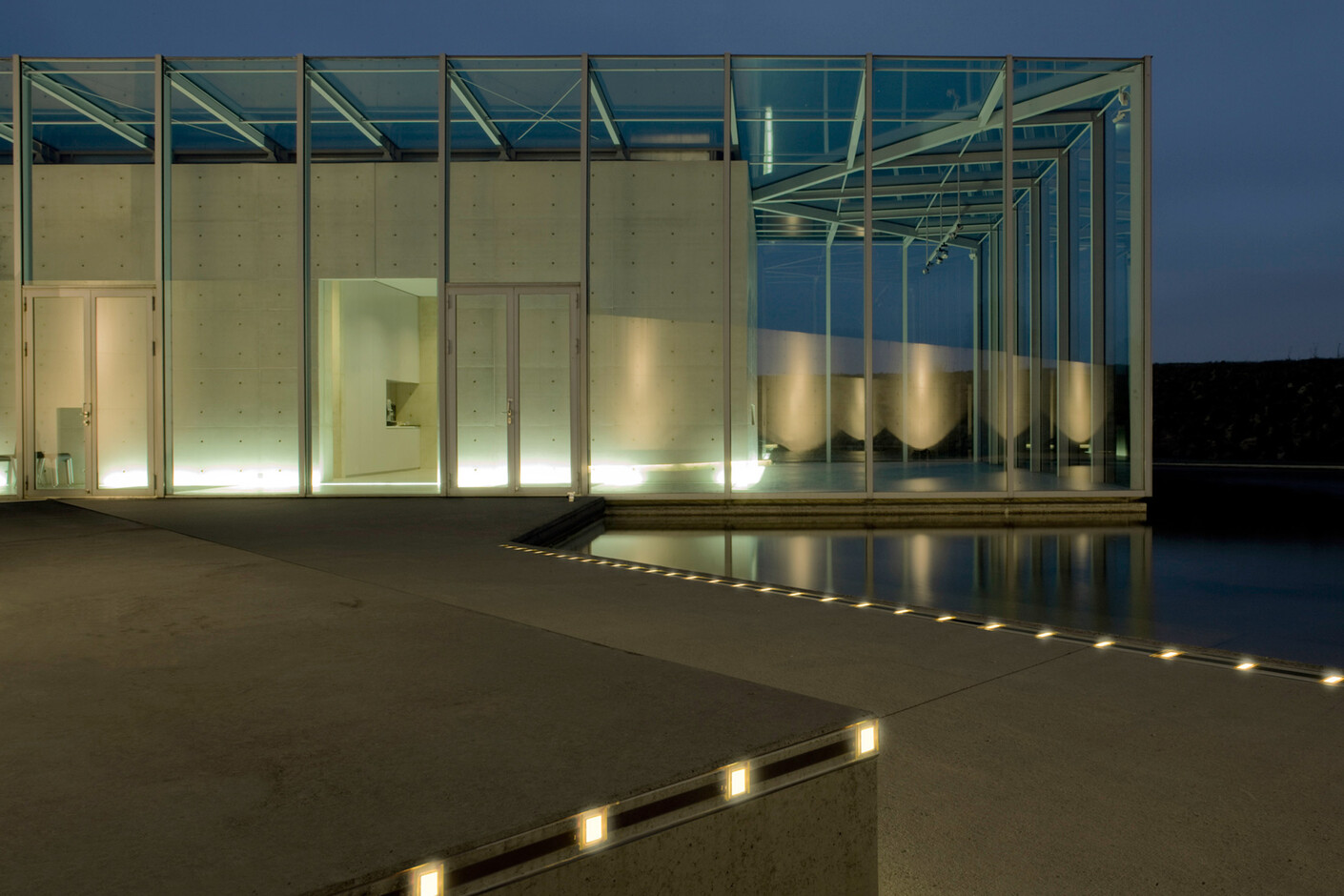 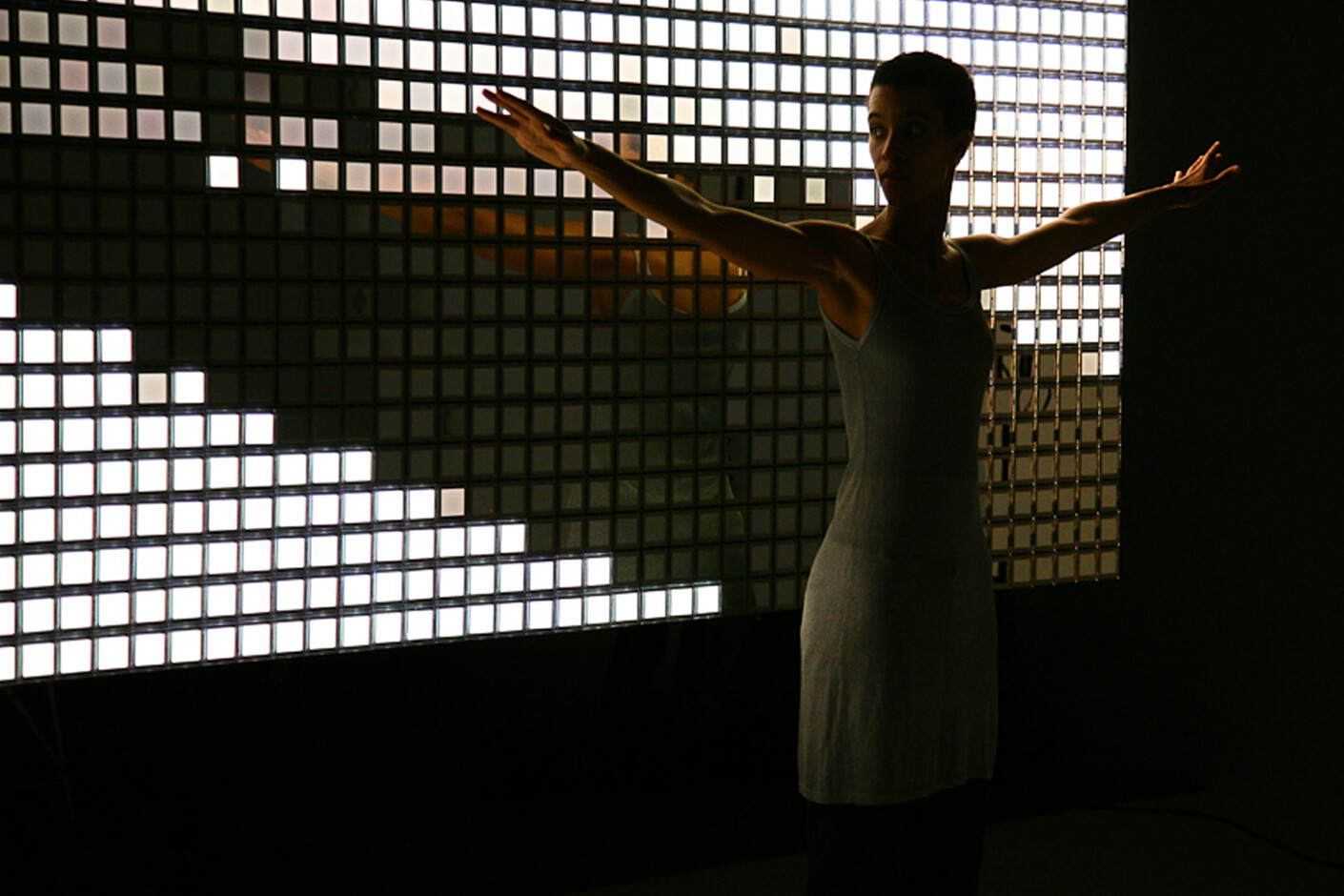 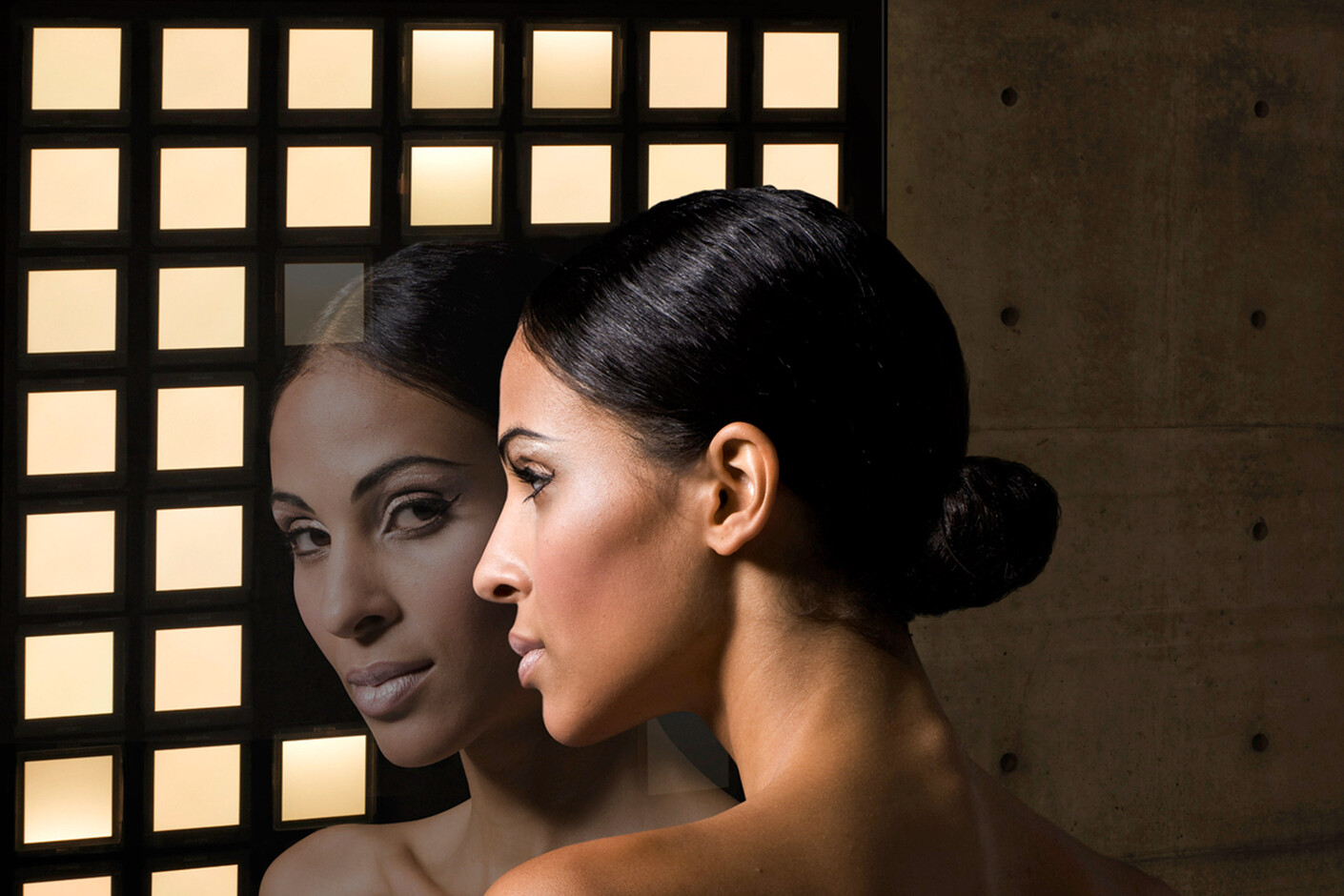