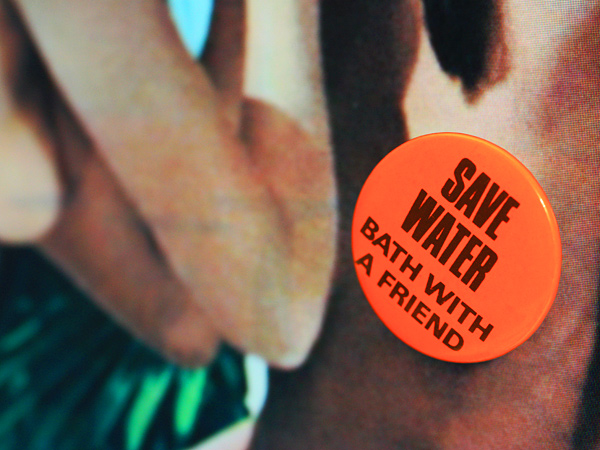 As regards the bathroom, the present is very confident, yet only slightly hedonist. This will soon become very apparent, when the industry meets up again in Frankfurt for the ISH, which calls itself the world's world's leading trade fair for The Bathroom Experience, Building, Energy, Air-Conditioning Technology, Renewable Energies. That fact sounds about as sobering as cold water in a zinc pail. Needless to say, baths and showers involve more than water and their efficient use for the purpose of cleansing. So what has happened to enjoyment and transcendence?

Historically speaking, the West, for all the latest technology and innovative designs, still has a lot of catching up to do as regards the culture of the bathroom. After all, all such culture started in the Orient. The first Mesopotamian residential baths actually date back to 4,500 BC. And in Indian legends (apparently the palace baths in Delhi were definitely on a par to the later Roman versions) the one or other coquettish bath story unravels. In the case of the Greeks and their combative Olympic characters, bathing in warm water was considered too soft by far. They loved things more Spartan and preferred cold baths outside to domestic comfort.

For all the wellness wave, there's a long way to go till we see the return to the thermal cult of Constantine Rome, , when 11 major thermal springs, 15 nymphaeums and about 850 smaller popular baths enabled even the poorest Romans to enjoy a bath every day and every better-off home had a bathing area consisting of several rooms.

It was only the shower, already depicted on Greek vases, that was greeted with undivided praise in the Spartan sporting gymnasium halls, where the thing was less wellbeing and more the disciplined cleansing of the heated body. Just how varied and risqué enjoyment beyond the modern plumbing shower unit and the efficient cleansing of the body practiced there can be is something that Klaus Theweleit outlined a few years ago in a short study on the shower (he was as ironic and biting as always). He moves from the "holy" to the "deadly" shower, from the "philosopher's shower" to the "noble shower", and two of his examples may suffice to describe what showering is all about.

Theweleit begins with a miniature on the "Holy Shower" in which he writes: "In a poll we read that more than 70 percent of all those surveyed receive their blessing with their face to the showerhead; it is the stance which in earlier times, in paintings, people adopted to receive the Holy Ghost. Once there was somehow no longer any space for ‘him' in the sensory world he evidently popped into the shower head; the spirit not above but from the waters, piped waters. As close to an intimation of paradise on earth as is the shower is otherwise, so Tucholsky's fundamental assertion, only the ‘hole'. A shower is many holes, flowing equally for both sexes, no body too little to re-admit its own corporeality ... the exciting relaxing ‘ionization of the skin', as expert showerers call the process."

Under his section on "newspaper shower" we read: "A snippet, preserved from last summer: the BIG BROTHER ‘Sabrina' bimbo would ‘like to work for TV'. Her talent? ‘Because I shower so well'. That may well be one of the most ingenious acts taking stock of the last century: Breathing is something many still have to learn, on weekend crash courses, showering in the 3rd millennium is something anyone can do, so Sabrina tells us (...). Of late, in so doing one wears bathing shorts ... on TV or depending on your religion ... under the (de)demonized showerhead of BIG BROTHER with the trinity name of ... RTL ... ZDF ... FSH ... Father/Son/Holy Ghost ... Verona Feldbusch, that small chaste sister, demanded she have a separate shower and toilet when she stepped into BIG BROTHER ... Private shower for the big public event... ,because I am not good at showering' ... When I find myself in times of trouble ... Sister Vera comes to me ... showering words of wisdom ... Let it be..."

Sabrina or Verona will not be at the ISH. And there will be more than showers, namely all sorts of LED fun, digitally controlled mixing faucets and any amount of air conditioning technology. Over and above all transcendent bathing truths about the body, we will at least be able to see how design faces up to the task of accounting for the ideal of sustainable wellness or, put differently, self-enjoyment without a bad conscience. Not anywhere, but at home. Because design comes into its own where the practical installation side to development efforts comes up against its limits. It is primarily this that makes the ISH so appealing and useful, rounded out by any number of ecological corrections.

Perhaps we should read the ‘sustainable' use of the valuable and so enjoyable element of water not only as a dressed-up plea for new asceticism. Thrifty and common sense, perhaps, but without a loss of enjoyment? How is that possible? What can that look like? Should we really get stuck with an ambivalent view of baths and bathing? The bath advances to become the pride of place that you gladly show others. Yet we continue to treat our bodies as machines that need to be cared for to enable them to function. Is that what we want?

A little more leisure would surely not harm. Perhaps, in the spirit of the Seventies and in keeping with the motto "Save Water, bath with a friend" we can find a way out of the cold shower units of ascetic Modernism. Back to Rome, back to India. After all, between the spring, the stream, the well and the bath other nymphs and goddesses await us and not just the housewife hell-bent on clinical cleanliness. So enjoyment over cleansing, opulent temple over sober washstands. - Down with Sparta! Head for Sybaris! Bath with a friend, save water. Let it be! 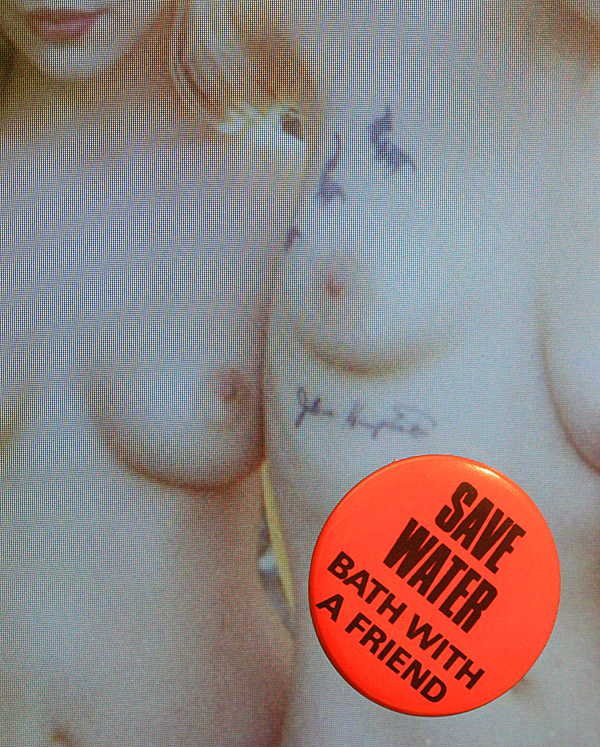 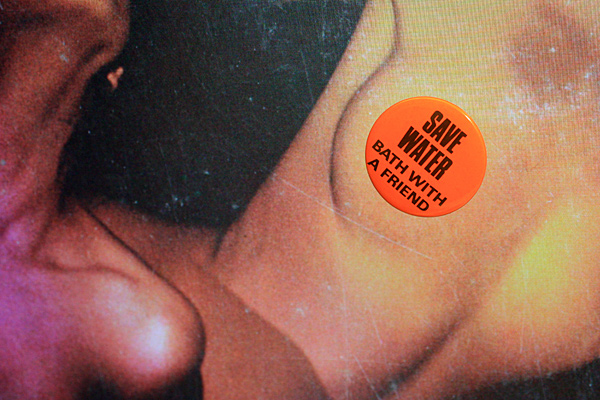 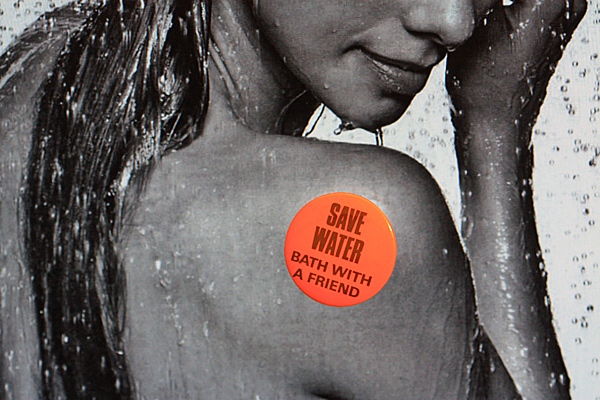 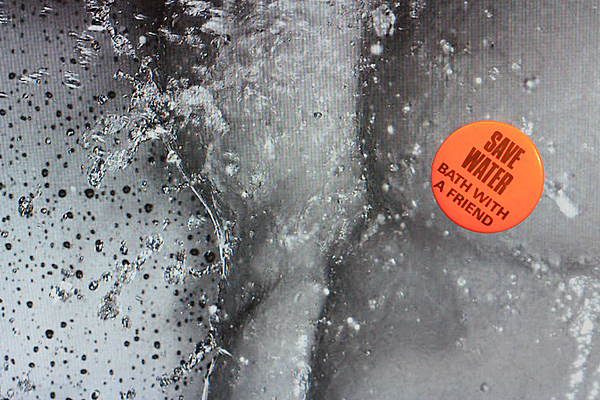 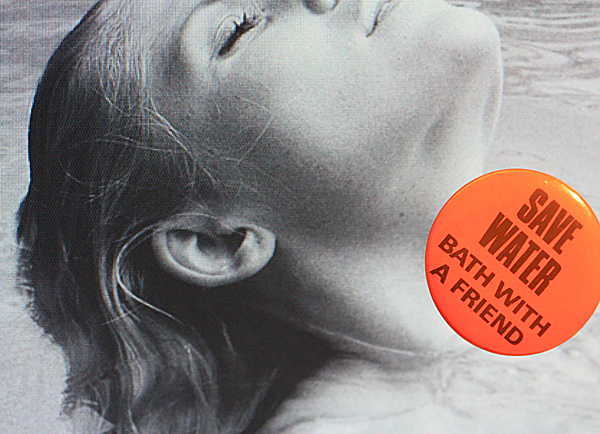 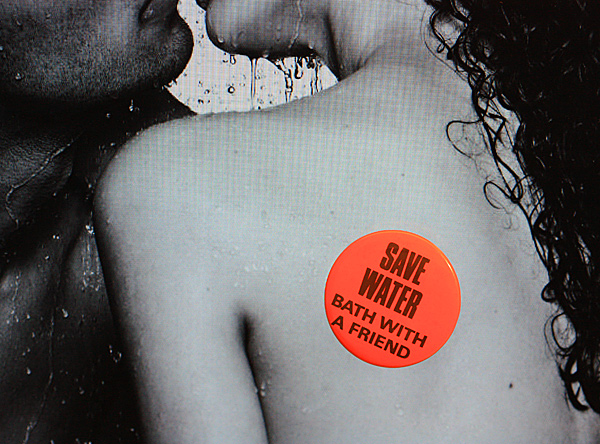