In popular culture, Dallas tends to be portrayed as the capital city of the oil barons. Unlike this cliché, oil-based wealth has turned Dallas into a cultural capital in recent years. And the oil city has bought itself a few first-rank cultural buildings in the form of I. M. Pei's Meyerson Symphony Center erected in 1989, or the Kimball Art Museum, Renzo Piano's Nasher Sculpture Center and Tadao Ando's new art museum. As so often when big-name architects are involved, the buildings are really interesting, but that does not mean they necessarily form a coehrent and vibrant cultural quarter.

The latest pearls in the chain, namely the Wyly Theater and the new opera house are destined to change all that. For they are supposed to extend the city's strength in museums into the realm of music and theater. They stand opposite each other on Flora Street and form an exciting gateway. Architecturally speaking, they could hardly be more different: While Rem Kohlhaas' Wyly Theater is a lean high tower, as cool as it is experimental, Norman Foster's Winspear Opera House is a re-interpretation of the traditional horseshoe auditorium, albeit with modern packaging.

Rem Kohlhaas designed the Wyly Theater, and it was then completed by his US partners REX. Such mixed authorships can truly poison the success of a building, but in Dallas the result is a metal-clad box of tricks that functions like a perfect "culture machine". There, each performance can be given its own distinct spatial setting. The interior of the cube, clad in aluminum panels, can only be glimpsed - through narrow window slits. The stage is on the ground floor and surrounded on three sides by windows. And when the heavy dark curtains have not been pulled closed, passers-by can get an idea of what is happening on the inside. Theater-goers, by contrast, walk down a broad ramp into the fair-faced concrete foyer located below street level and intended to whet their thirst for what is happening in the auditorium, which is then accessed via narrow staircases in the corners. This inversion of the classical freestanding staircases found in traditional auditoriums is supposed to help the audience leave the daily world behind them and celebrate their entry into the world of art. After the confines of the dark stairwells, the spatial dramatics of the high foyer are all the more impressive.

The performance hall itself is a real contortionist: All the forward and rear stages can electronically be raised and lowered completely automatically. And even the seat rows can be arranged mechanically in any number of variations: From a horseshoe to a pinhole theater and back in the space of only a few hours. It is not the architect but the users who control the spaces. The Wyly Theater is a "total theater" that seeks eternal transformation. Instead of a strident architectural icon the Texan developers have been given a large, abstract box that only proves so mutable if seen from within.

Norman Fosters Winspear Opera House on the other side of the street may be less innovative in spatial terms, but its bright-red façade is a welcome addition to the satin aluminum skin of Koolhaas' theater. Its footprint is based on the classical horseshoe, surrounded by a huge display case. A roof that juts right out on all sides and is born by thin elegant steel supports covers a plaza thus formed the whole way round the building. Thousands of slender blinds in the roof ensure protection from the searing Texas sun in summer and yet do not bar the eye from seeing the air and light. The outer roof was designed such that the elements trace the sun's movement, thus providing welcome shade in the foyer and the opera's surroundings. This outdoor area is meant to function as an "informal foyer" and symbolically connect opera house and downtown.

Three quarters of the building has a glass affording a view from the foyer out into the surrounding park and the skyline of downtown Dallas. Looking in from the outside you see the auditorium, which with its red glass panels grabs the eye. A 30m-wide section of the façade can be opened in order to allow the foyer, café and restaurant to embrace the park. Through the large glass surfaces you can look into the 20m-high foyer and see the giant staircase that leads up to the four flights of galleries. The concert hall itself is elegant, but by no means spectacular, as that is the role reserved for the music. Only the balconies are clad in goldleaf and along with the gigantic chandelier in the middle create the requisite glamorous touch.

For all their differences, both buildings could well give Dallas the "cultural presence" it so thirsts for. Even if the business climate in the United States is more than dim at the moment, the initiators succeeded prior to the crash in raising several hundred million dollars in donations. Not far from downtown, both new buildings breath new cultural life into the ambitious commercial city. Dallas, which, with its population of 1.2 million is growing fast, and brashly calls itself the "Big D", hopes that visitors will soon remember it not as a technology hub or the home of J. R. Ewing but for its culture. 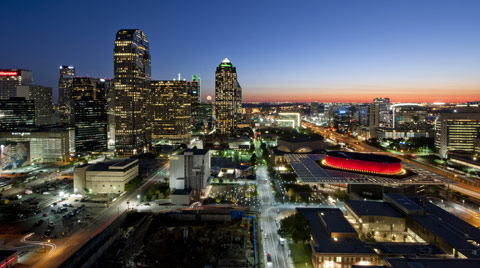 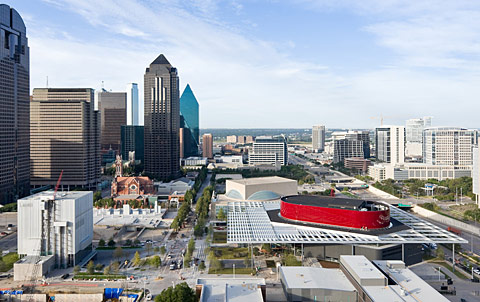 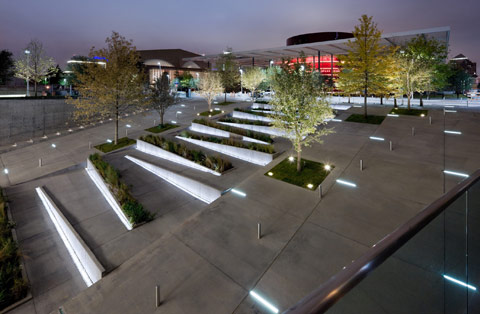 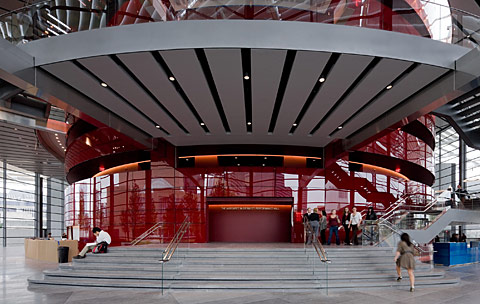 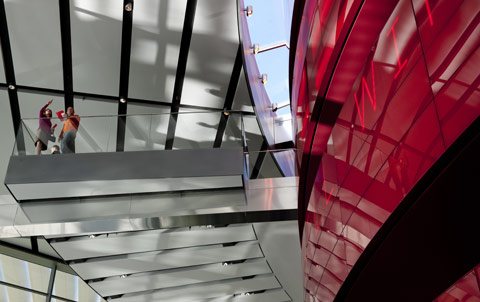 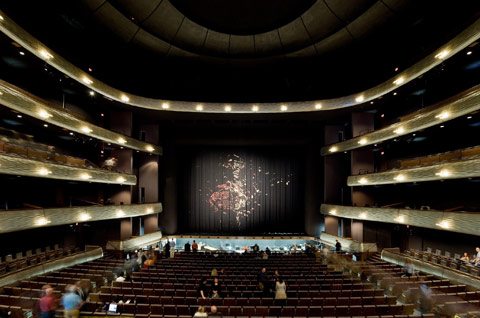 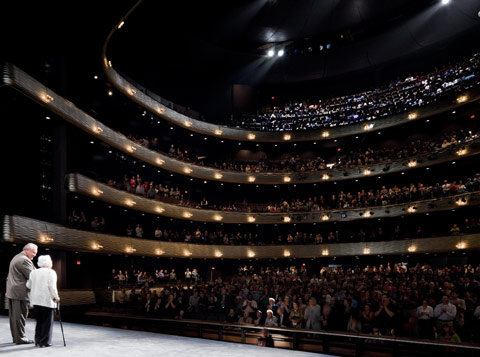 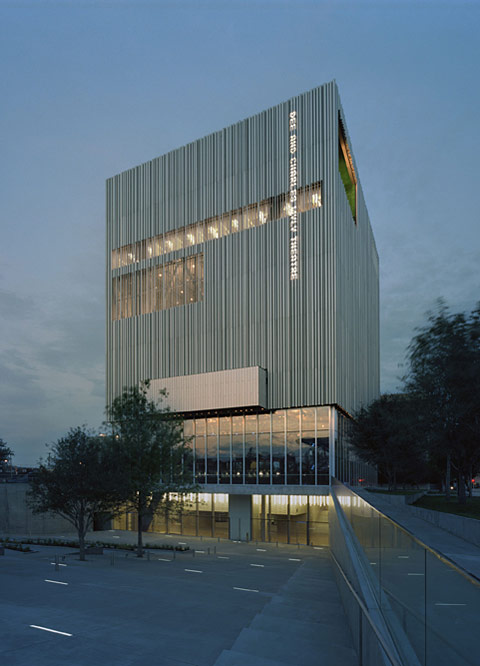 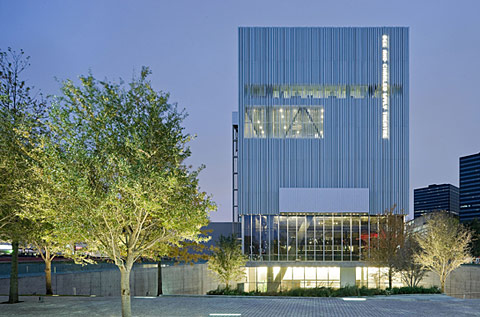 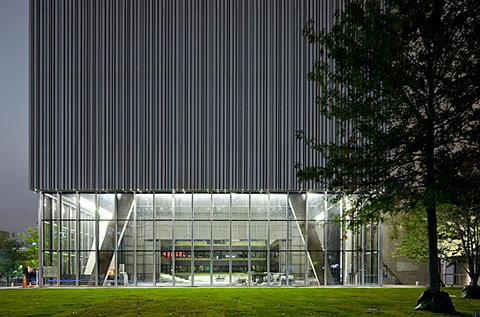 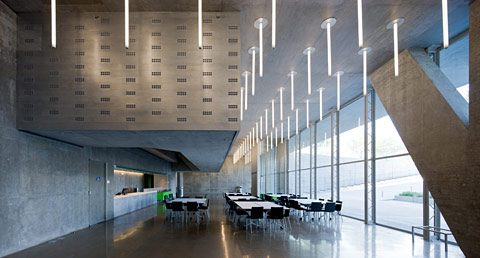 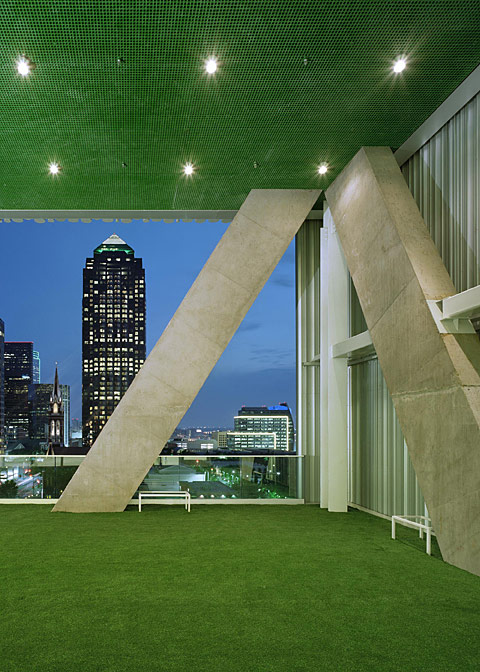 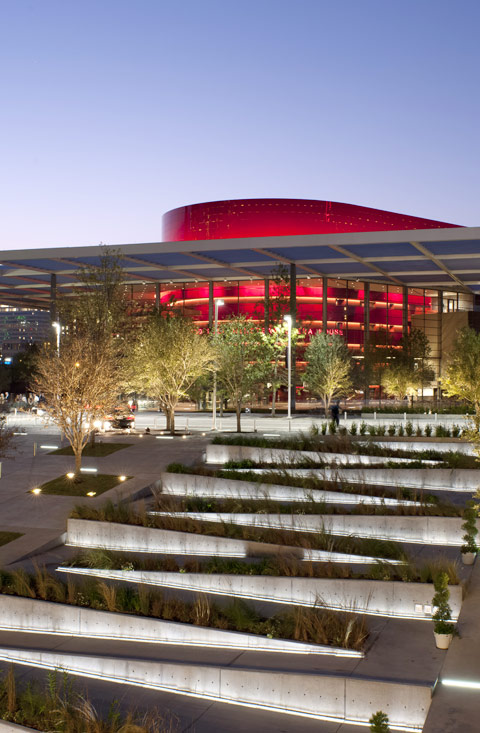 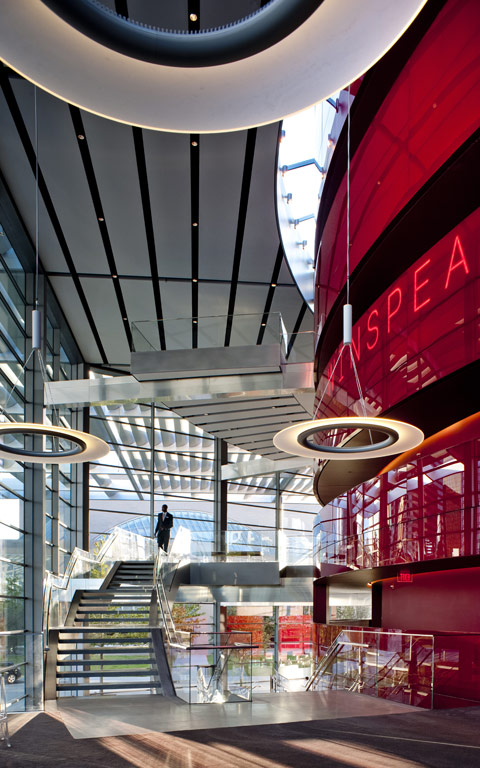 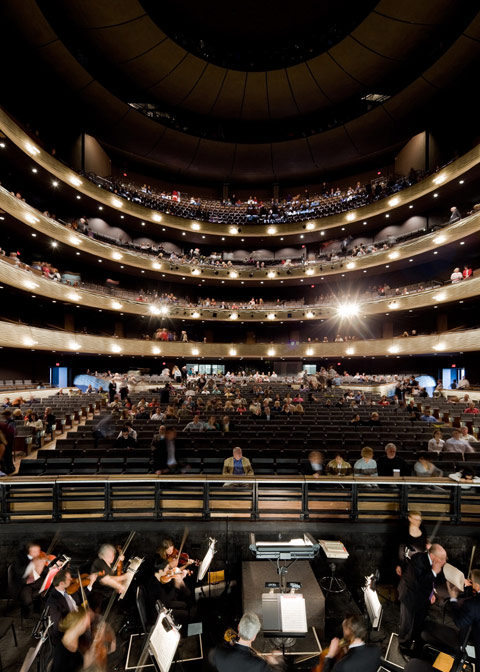