The designs by Bilge Nur Saltik blend old and new craft techniques, different cultures and modern design. One instance, for example, is her combination of marble and high-tech, which have already been brought together in an ingenious way.
1/5/2017

“I always focus on the stories behind the objects and human behavior as a reaction to them”, says Bilge Nur Saltik, explaining her design philosophy. The Istanbul-born designer studied industrial and graphic design in Turkey but subsequently remained in something of a rut, working primarily in promotional jobs, before packing her suitcase and heading to London. “I had to find a new perspective for my career,” she says looking back, adding: “When I began studying for my Masters at the Royal College of Art, it was like a slap in the face … but a good one! My entire perception of design changed completely, it was almost like a second level of consciousness that made me into the designer I am today.

Bilge Nur Saltik now commutes between worlds, between East and West. In her home country she works closely with traditional artisans. At the same time she brings previously unconventional materials to them, so that their knowledge and techniques along with her design create novel objects that combine old and new. One example of this is the “Op” vases, for which the designer’s aim was to have just one vase appear like an entire bouquet. Of course this only works thanks to a special sleight of hand: Bilge Nur Saltik developed a sort of bell shape that achieves a kaleidoscopic effect. The glass used to create this impression is very thick and is cut by hand in Istanbul with very precise “angles” as a result. Since each individual piece has a unique “pattern”, they all create a different effect, but what they all have in common is the visual refraction that means one flower appears like an entire bouquet. This series of vases is Bilge Nur Saltik’s personal favorite: “I have always worked with illusions and visual deception, and with the “Op” vases I have found a way to turn what is in my head into a product. Thus now everyone can bring the playfulness inherent in these illusions into their everyday lives.”

Another series of products that was inspired by her professor in London, Tord Boontje, are the “Loud Objects”. You initially see only typical objects made of marble with various nuances: A candlestick, an étagère and a vase. Yet the highlight is in the detail here, because these objects are surprisingly also loudspeakers with which music can be played via Bluetooth. “We all have these electronic devices at home, which often don’t sufficiently match the style of our furnishings and appear veritably alien in our rooms”, says Bilge Nur Saltik. “I therefore integrated the electronics into decorative accessories, so there is no longer any need for extra technical parts.”

The 28-year-old’s ceramic crockery “Share.Food” won her the New Design Britain Award in 2014. The idea behind the bowls and beakers was essentially the sharing of food and drink. Hence none of the parts have a flattened base, but rather one with a “kink”. This means the vessels tilt to one side or another, so people facing them can help themselves more easily. The designer is convinced that in the process an entirely different form of communication between people is set in motion. Another impressive point is that the bases differ in color from the white ceramic and therefore create an interesting interplay of color on the tabletop.

For Domotex Bilge Nur Saltik developed a concept that involved playing with contrasts: Hard and soft surfaces alongside industrially and manually produced coatings. “Transitions” are intended as flooring solutions that create haptic experiences and represent a continuation of the common thread of Saltik’s design philosophy. (ua)

Click here for a preview of Bilge Nur Saltik’s project for the Domotex. 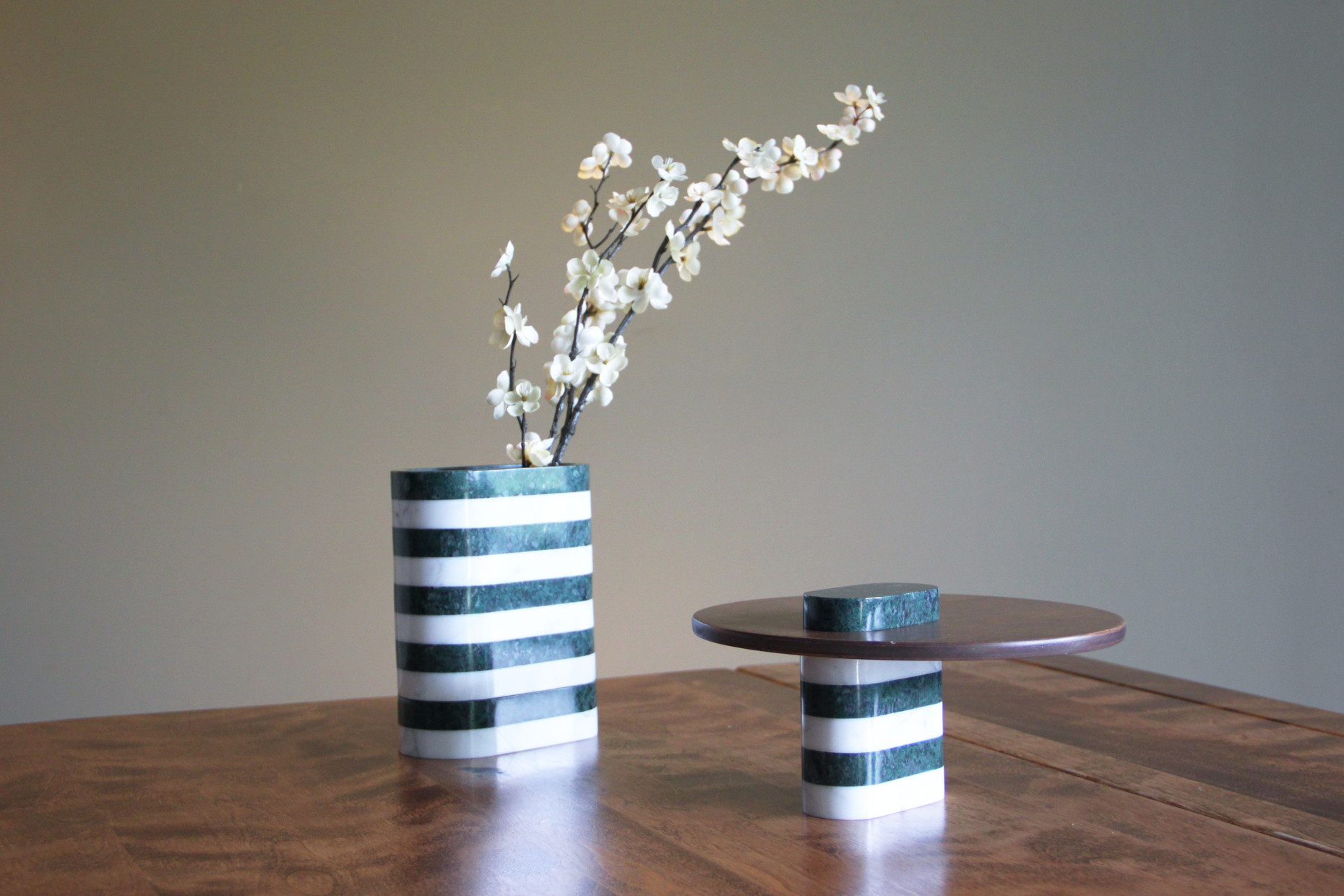 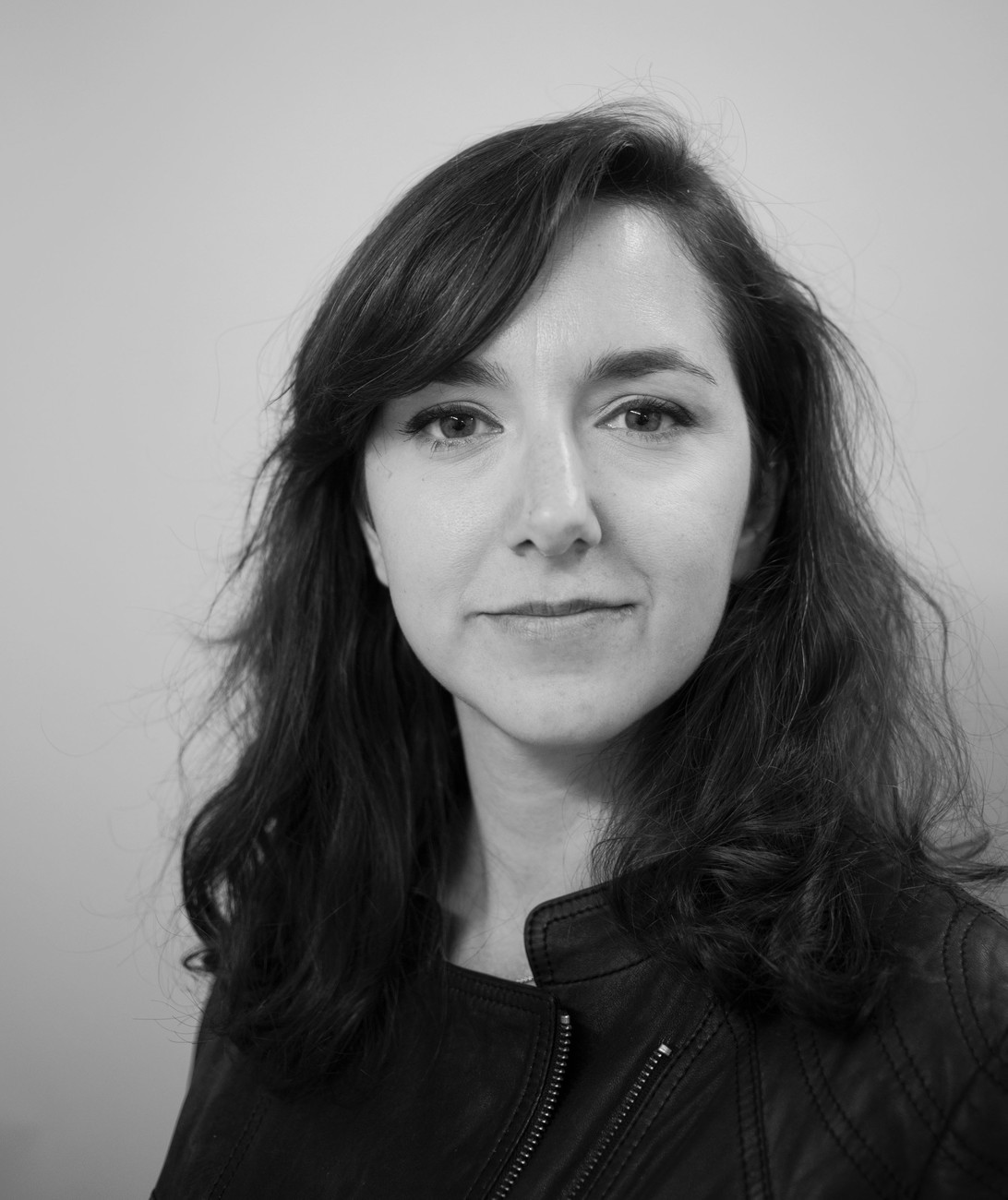 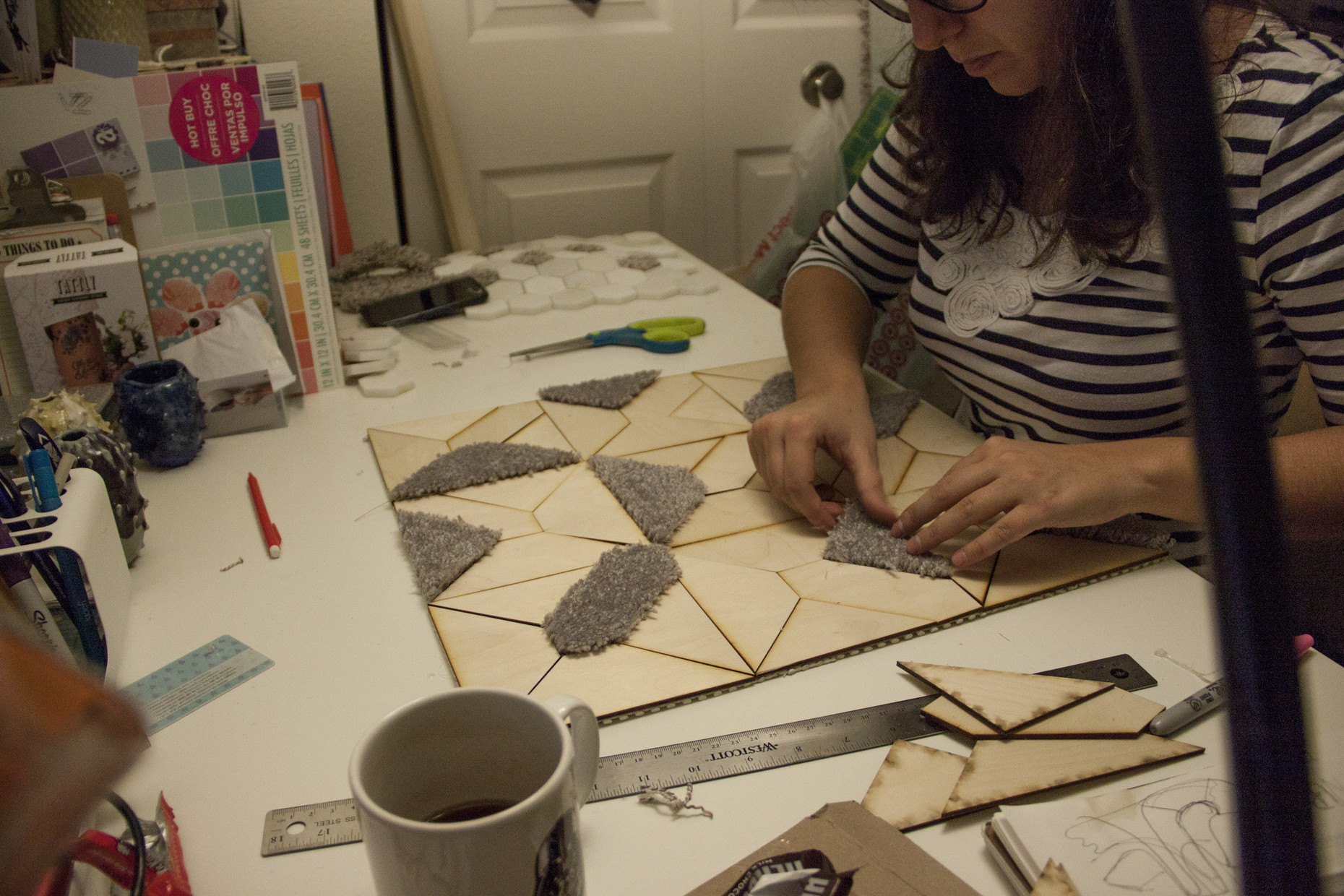