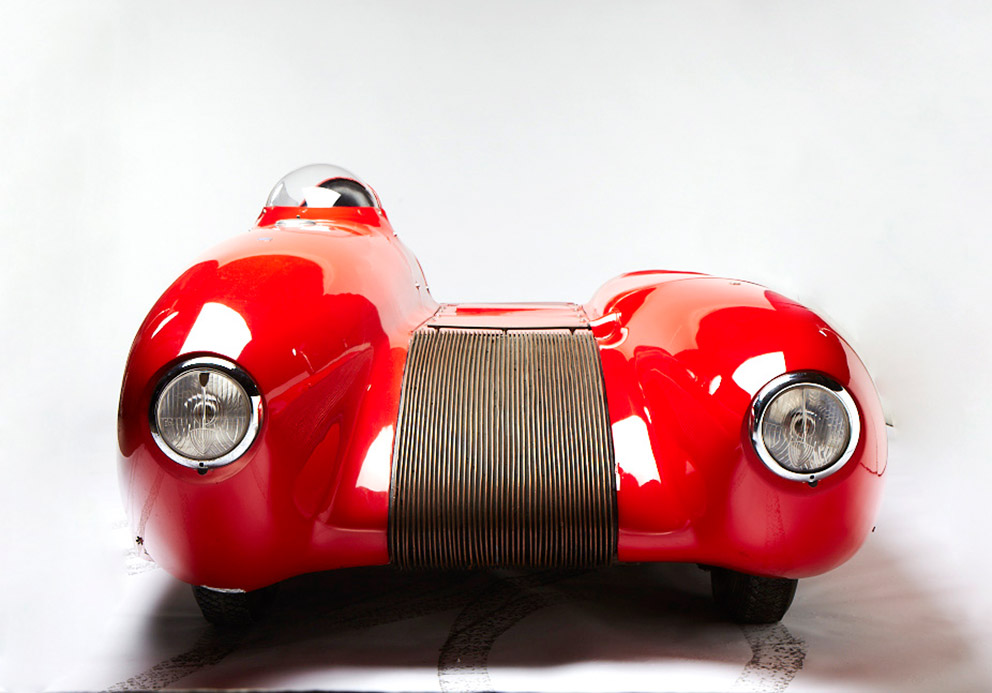 The strangest things of all grow in the machine world. In 1955 an open-top, bright-red racing car took part in the 24-hour Le Mans race. It looked very different from all the other cars that competed in the legendary endurance competition. The name of the car – “Damolnar” – derived from the surnames of its three designers: Mario Dalmonte, Carlo Mollino and Enrico Nardi.

“Bisiluro” (the twin torpedo) was the name Carlo Mollino preferred for the streamlined racing car – at the time, on occasion he himself took to the wheel. Who knows, maybe when he did his laps in this asymmetric bullet-shaped automobile and battled against wind and centrifugal forces he even thought of the Greek goddess of victory Nike. The Futurists had paid her homage at the beginning of the century, but gladly traded the beauty of the Nike of Samothrace in for a racing car. After all, Futurism was reputedly born as the direct result of a car crash.

Carlo Mollino (1905-1973) was a man of many talents. In the Renaissance, he would doubtless have been considered an “uomo universale”. As an architect he designed the winter sports center and the Nuovo Teatro Regio in Turin; as a designer he developed lounge chairs that resemble comfortable ejector seats, and coffee tables with frames that look like a matter of gymnastics; as an interior designer, he fitted out the auditorium of the RAI in Turin with voluminous chairs and created the furnishing for numerous apartments, including his own. He was a passionate racing driver, aerobatic pilot and photographer; he wrote a ski instruction book, not to mention essays on photography and film. Mollino was constantly driven by the need for speed. And so he flew trails in the sky, carved elegant curves in the snow with his skis, and sought the ideal line on the racing track. Curves, bends, speed, movement – his projects always flew in the face of “razionalismo” while incorporating a physical logic of sorts.

In 1944, he wrote in a letter to his friend, the architect and designer Giò Ponti: “I would like to talk to you about my feelings for our era, which is no longer that fertile, driving force behind attractive, specific works which could all be termed functional. Where does this idea come from if not from an inner world and morality of feeling? A feeling that in this case is no longer solely thrilled by the biologistic myth of technology and an organized and happy life with tables and vitamins, ultraviolet rays and weight checks and some dovecote scientism as an end in itself. All too often we forget that science not only serves technology, but is also and above all an eloquent dialog between people and reality. That is a great ability and what really makes us human beings.”

Mollino, both poet and man of action, not only designed things but felt them with his entire body. When he built things he not only built houses, when he skied, he was equally interested in the radiuses of his curves and their perfect execution. Similarly when he took part in car races he combined scientific and artistic methods in the sense of a “tranformazione estetica” to forge a true experience. And not least of all, in some unfathomable way he was enamored with the female body. From 1962 until his death in 1973 he had agents approached women, mainly dancers, in Turin’s demimonde and persuade them to pose in front of his camera in one of the opulently furnished apartments – he designed them not to live in, but as stage sets. The result: over 1,300 erotic Polaroid portraits.

With the styled “Bisiluro”, whose body is so devoted to speed, one can clearly see how the technical body of the twin torpedo has entered into a liaison with a female torso in a fusion of ratio and obsession. Whatever he did Mollino ensured the technical was infused with the realm of the physical and fantastic: “Tutto è permesso, sempre salva la fantasia” (“Everything is permitted provided it is fantastic enough),” he wrote 1950 in “Domus”. A sentiment Marinetti would have shared, as he would Mollino’s statement: “Poetry is not born of rules, but rather rules stem from poetry.”

Mollino’s expressive and surreal imagination once again reveals that special relationship (special because so poetic) Italians have to cars. Naturally, for an extravagant, dandy-like non-conformist like Mollino, who loved the thrill of speed as much as than he did the latest technological advances, there was no separating art and life. And so you find in his design for a coatrack the swirls, loops and bends he also cut in the sky as an aerobatic pilot. But with its dainty dragon head the meanderings also morph into the beguiling dance of a slinky seductive coat rack. Nobody could achieve that better than Carlo Mollino. 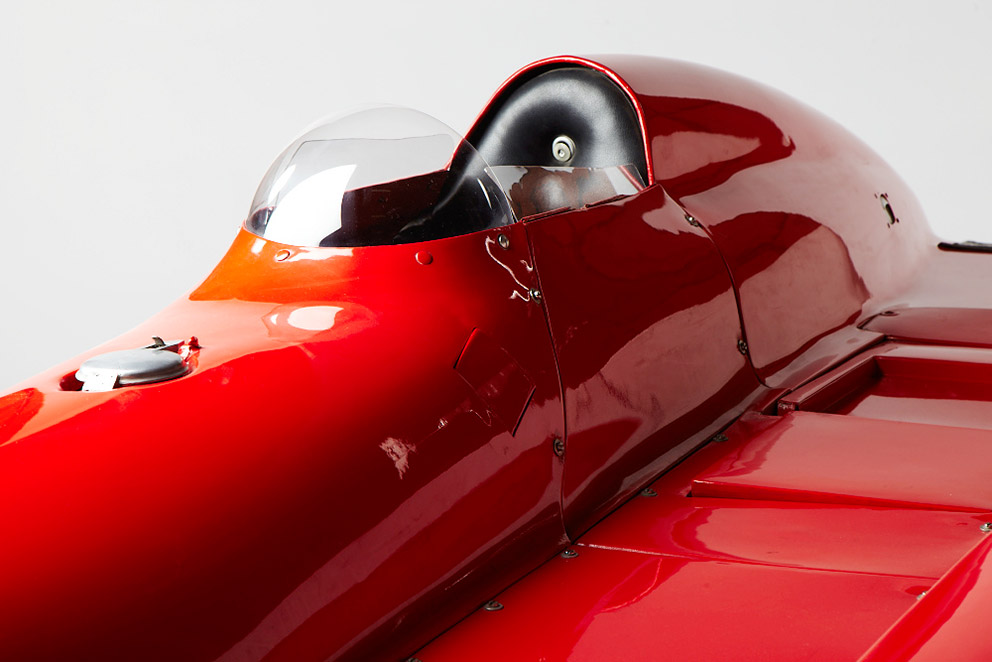 Mollino loved feminine curves - and get them into his „Bisiluro“. Photo © Museo Scienza, Milano 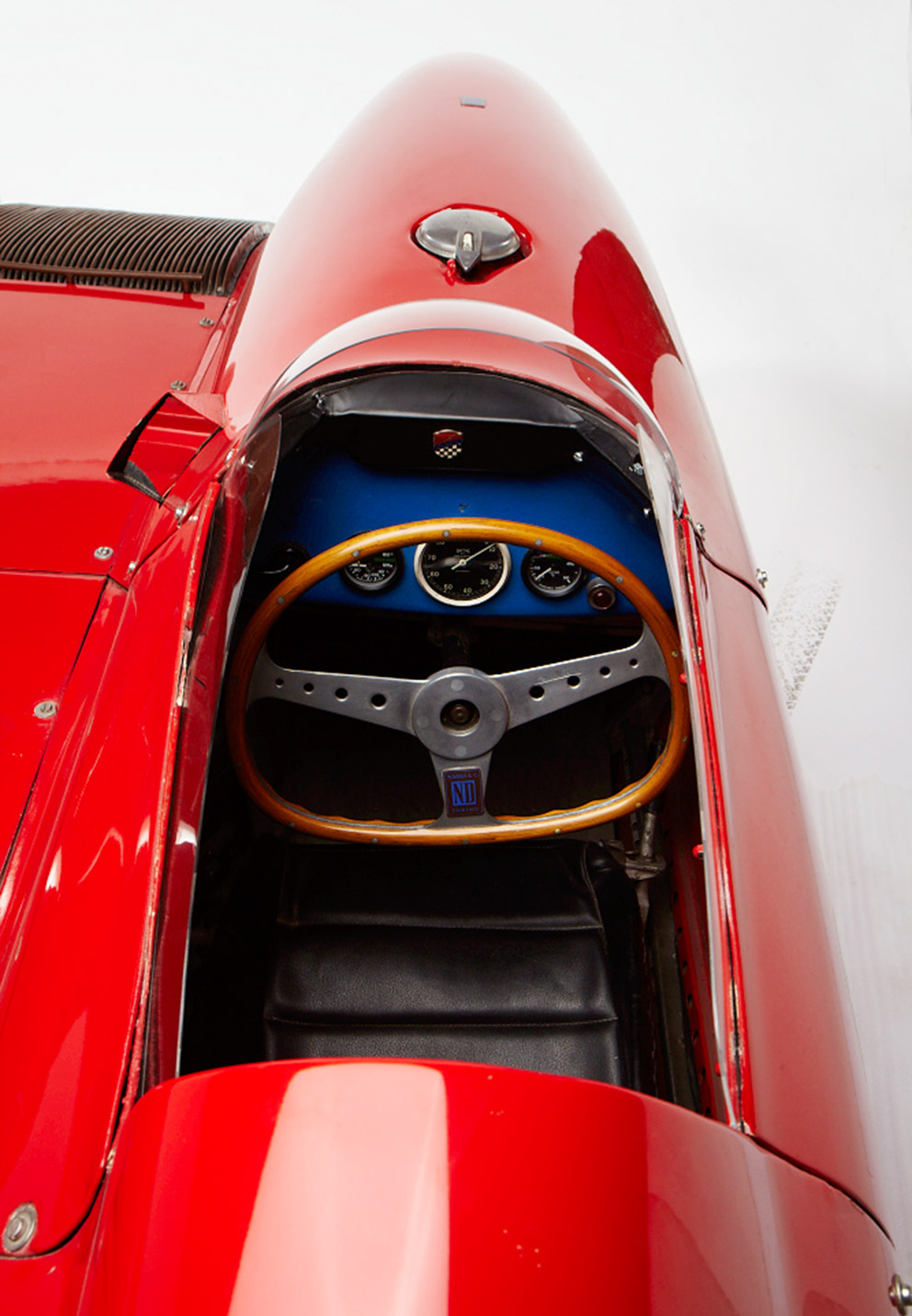 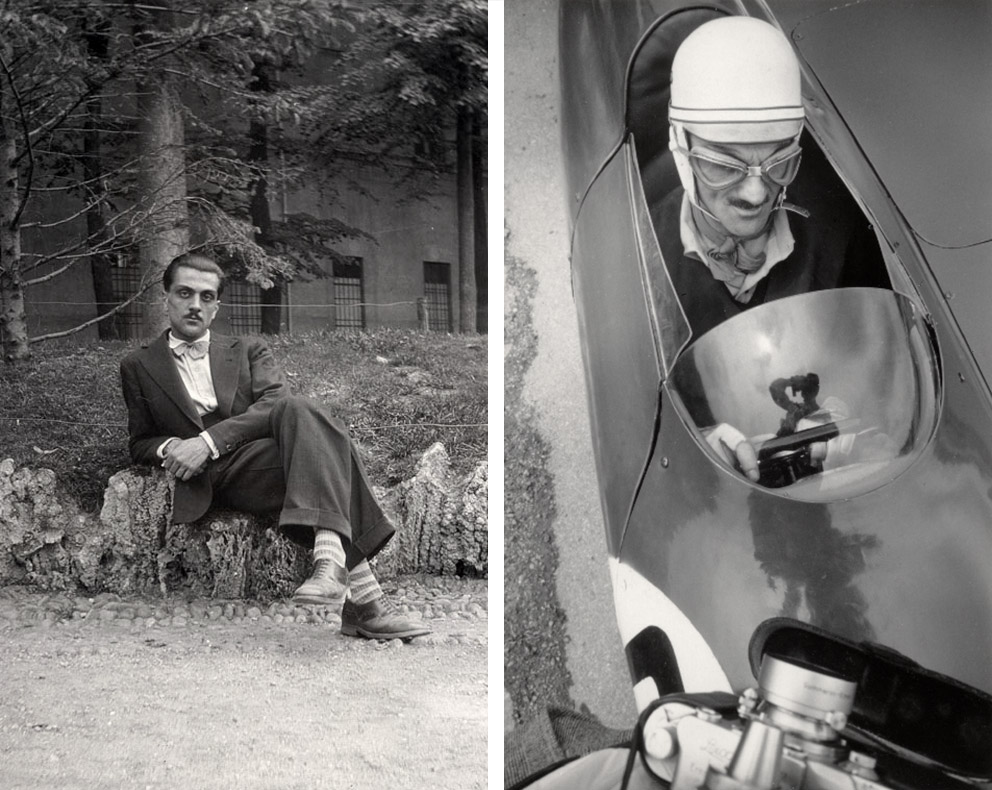 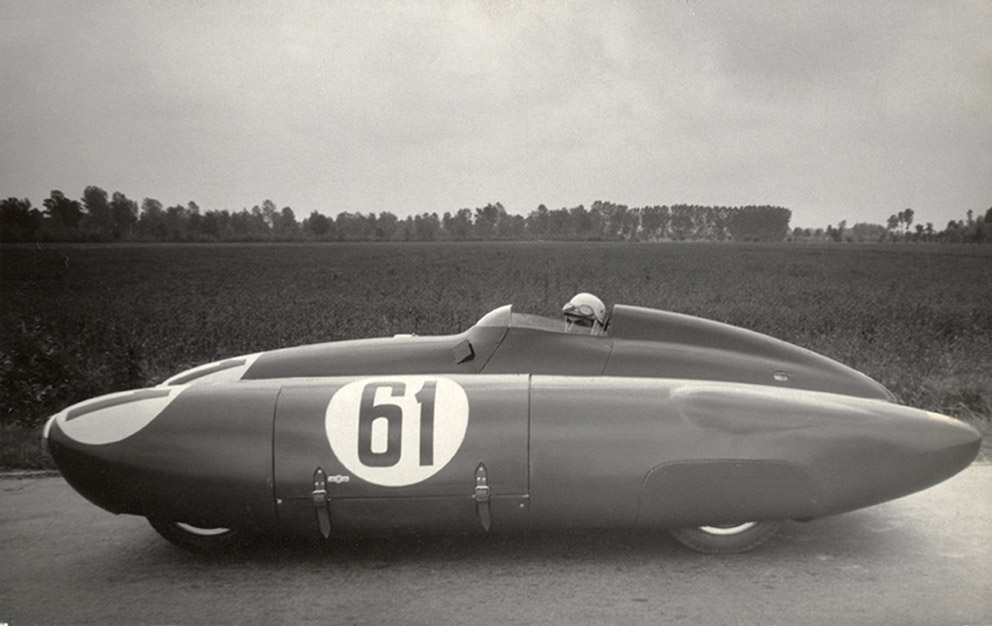 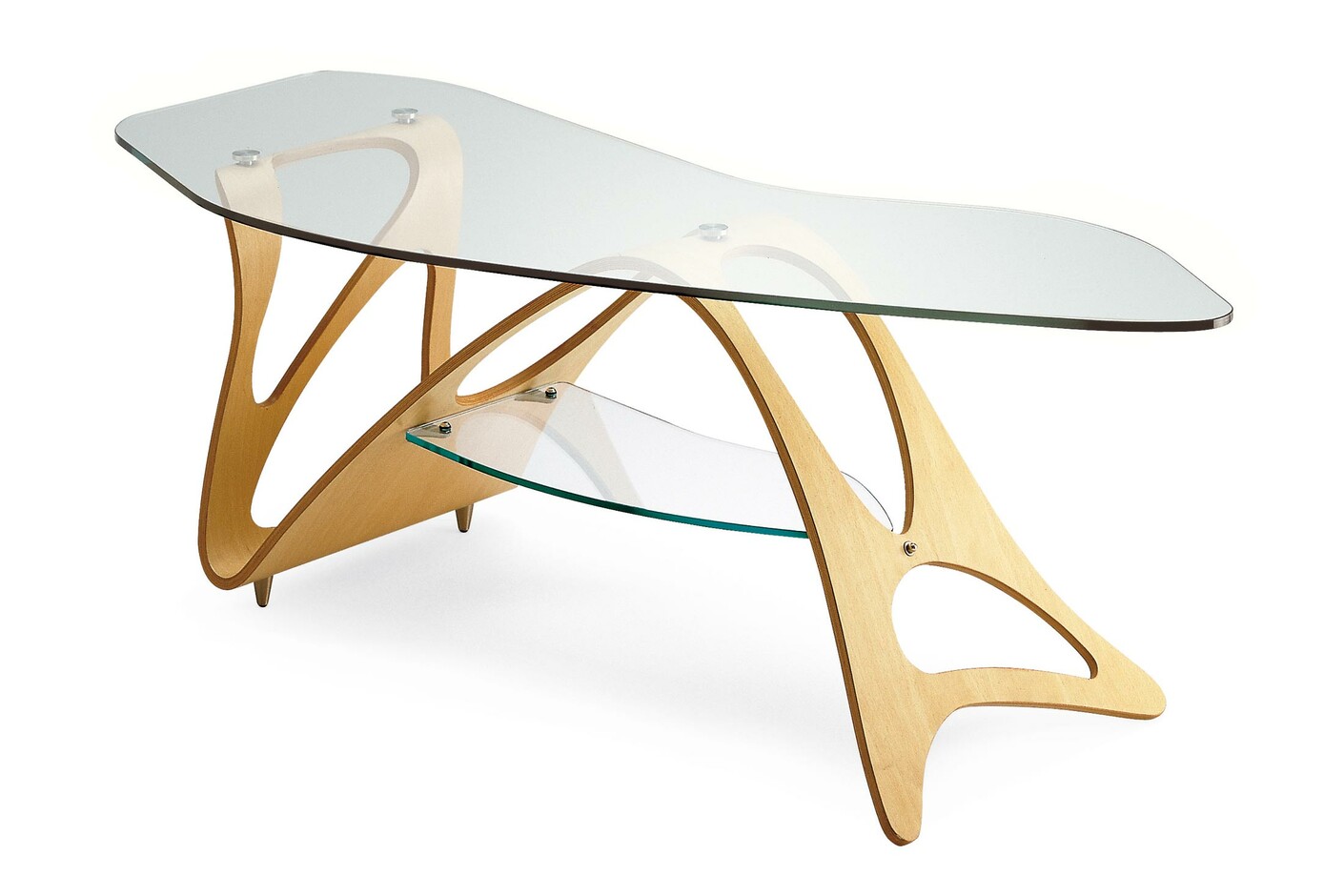 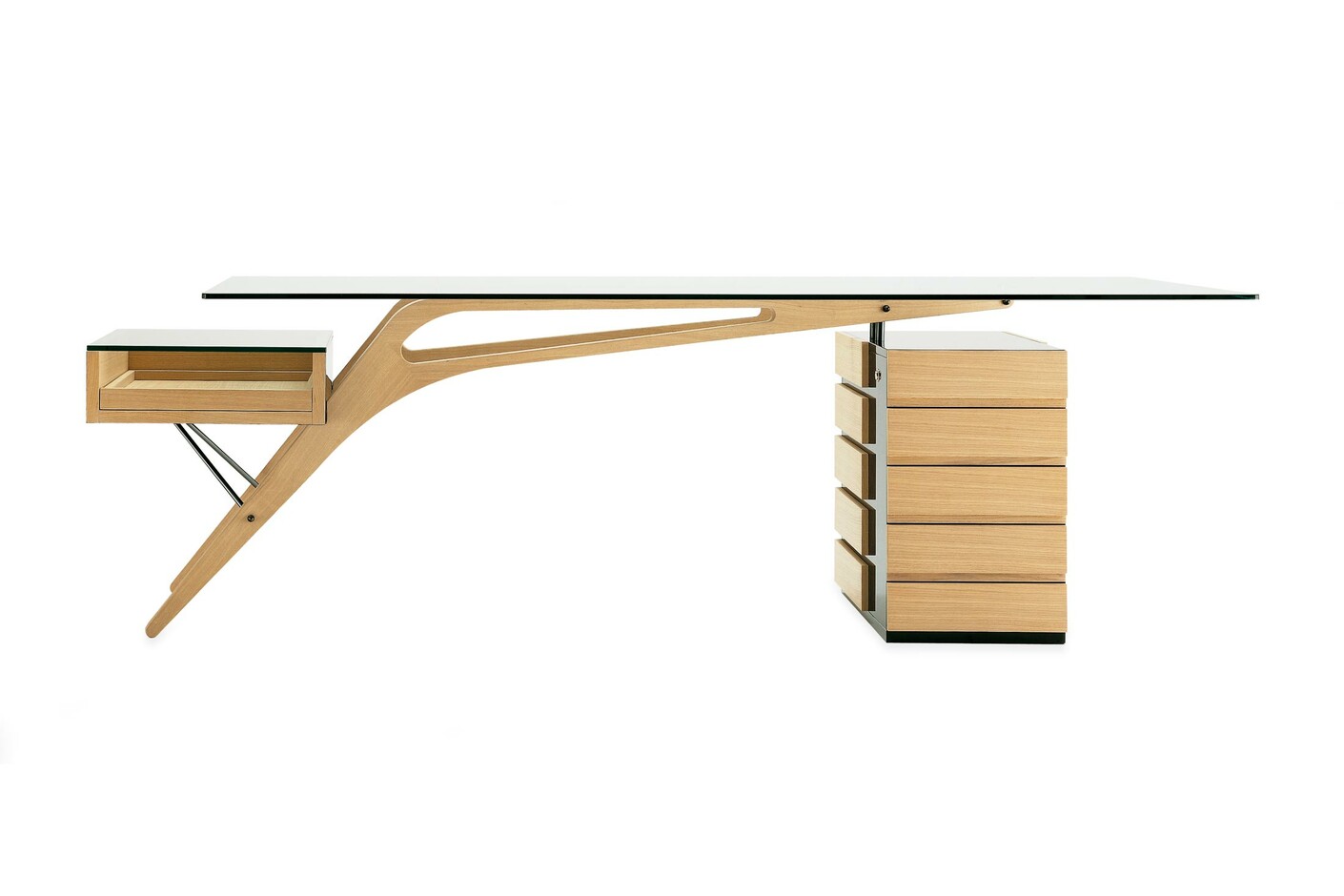 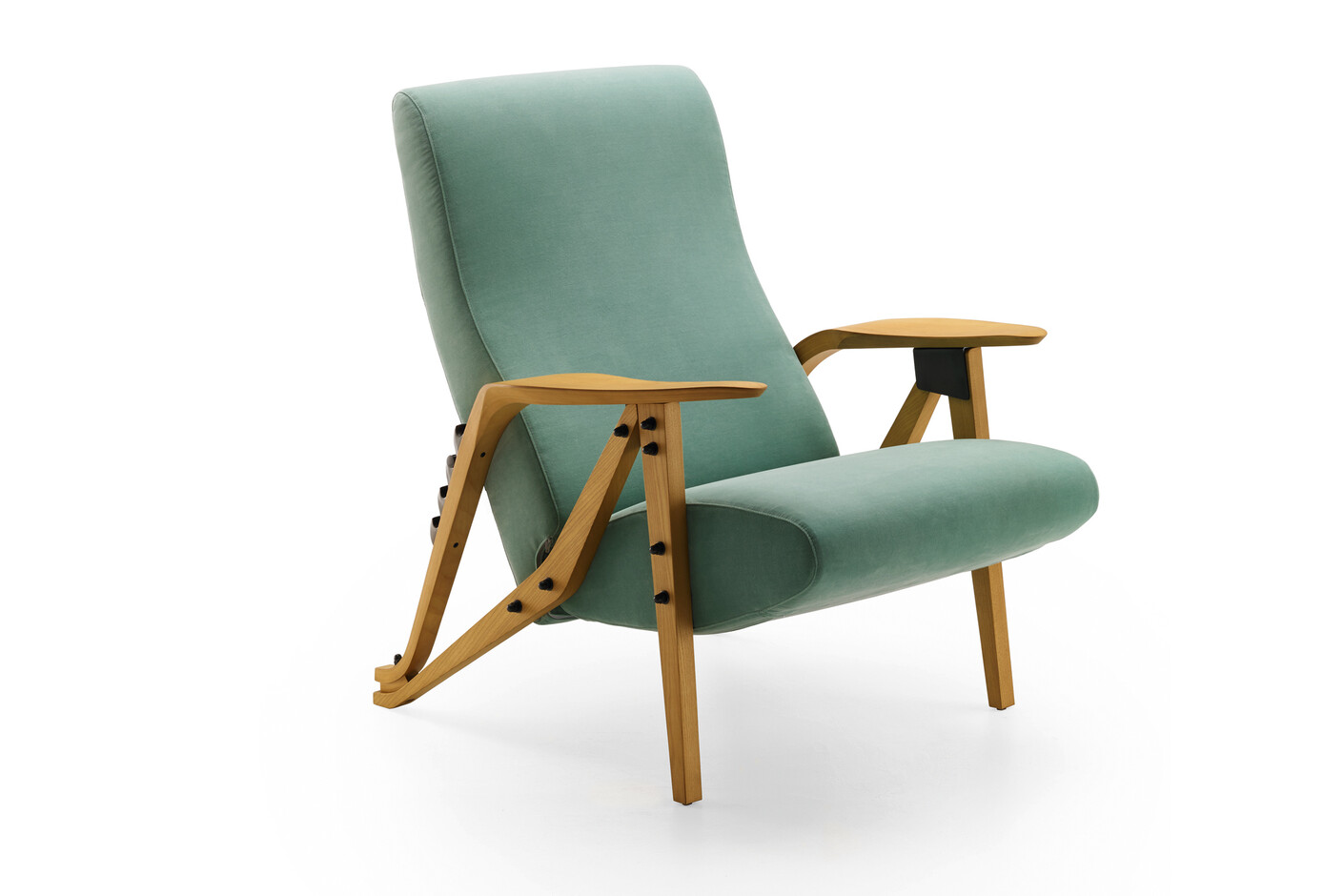 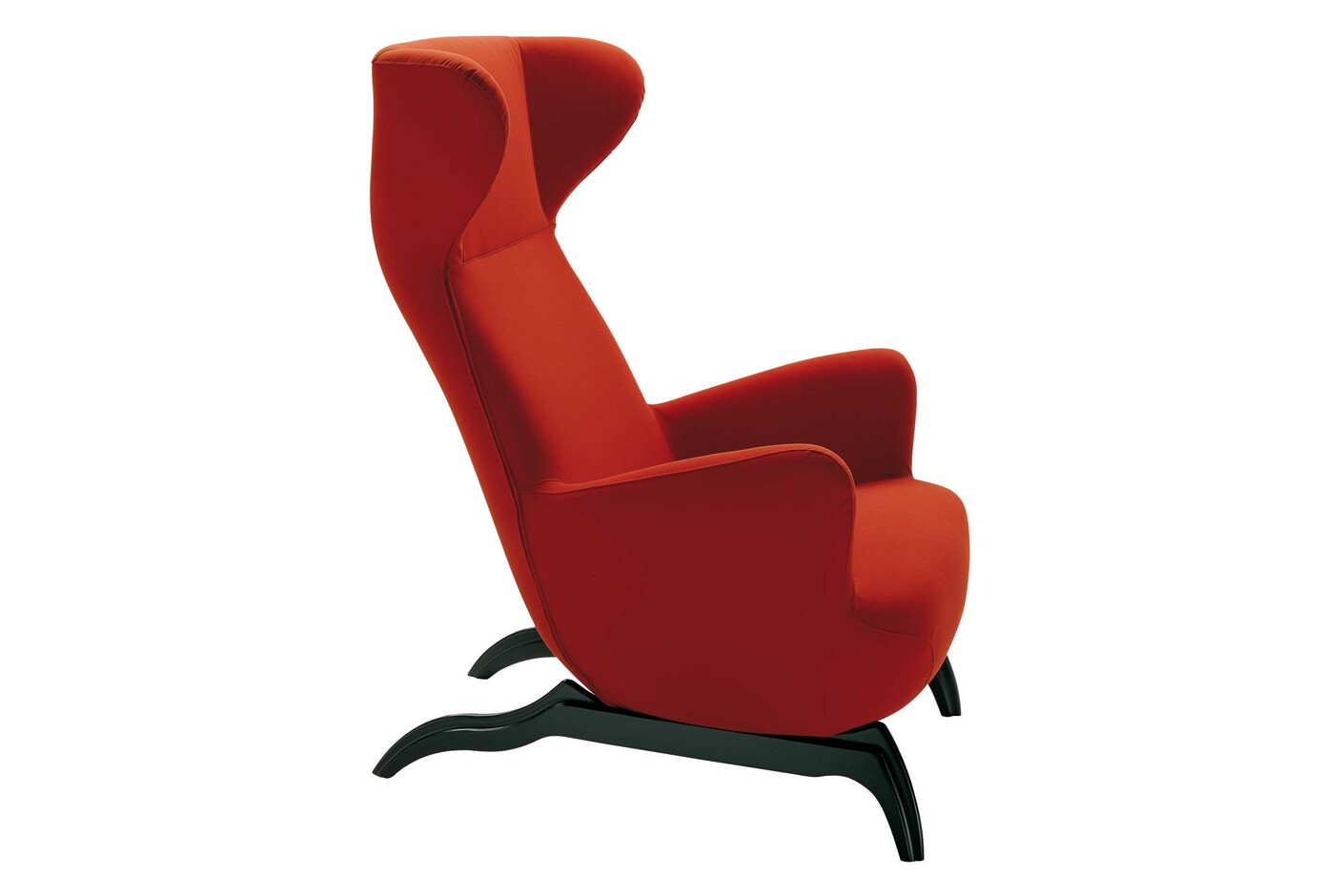