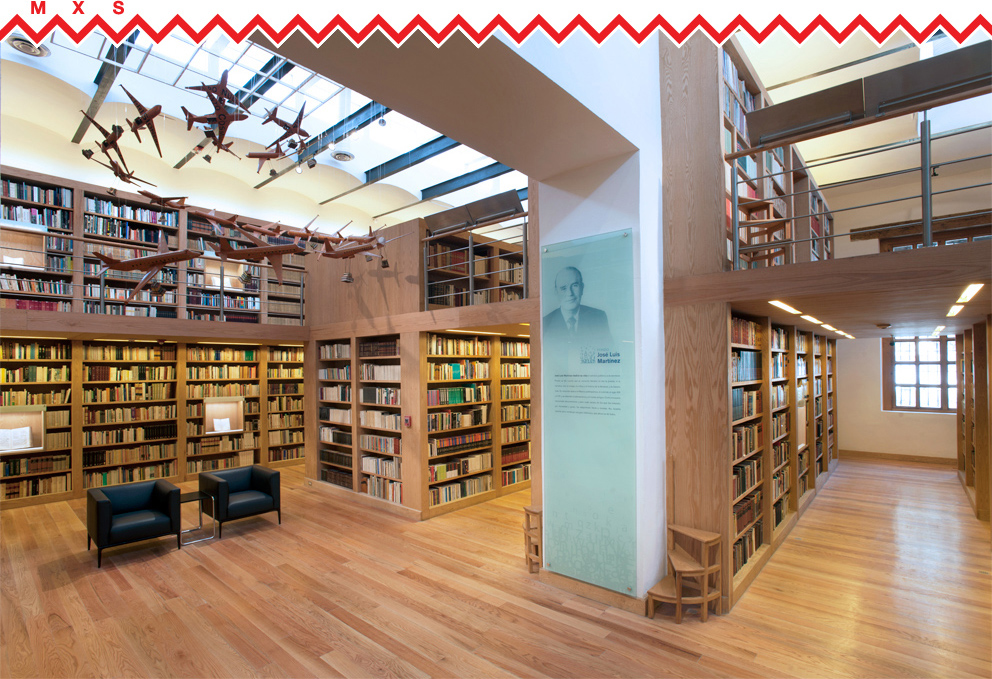 La Ciudadela was built between 1793 and 1807 as New Spain’s Royal Tobacco Factory and designed by Spanish architect Antonio González Velázquez, Director of Architecture at the Academy of San Carlos. Later used as a barracks, a prison, an armaments factory and a school, the building was declared a historical monument in 1931 and restored in 1944 by José Vasconcelos, who opened the Library of Mexico in this building two years later.

Vasconcelos wanted to create the library as the “beacon” for his education plan, which he wanted to implement across the country. Since then, the library has housed the Reserved and Mexican book collections, which comprise some 450,000 volumes. The original edifice, with a square floor plan with sides of 168 meters, is sub-divided into four principal courtyards measuring 40 to 40 meters and two smaller ones. In 1988, architect Abraham Zabludovsky made a major change to the building by covering the four patios with large metal umbrellas.

The last intervention in the La Ciudadela, undertaken by the architecturefirm “Taller 6A” – Alejandro Sánchez and Bernardo Gómez-Pimienta – and completed in 2012 entailed the restoration of the complete building. The due also included several additional uses, such as a series of personal libraries, a larger bookstore, reading rooms, digital resource rooms, children’s libraries, an area for the visually impaired, a gallery for exhibitions, a photography center, a theater, café, and new offices. At the same time, they comprehensively optimized the library space itself. Apart from gathering together and connecting all these different usages that constitute La Ciudadela today, Sánchez and Gómez-Pimienta achieved their main aim which was to restore the building’s character and created continuous routes embracing the entrances and courtyards – both in the perimeter and along the north-south axis.

The article was first published in Arquine. 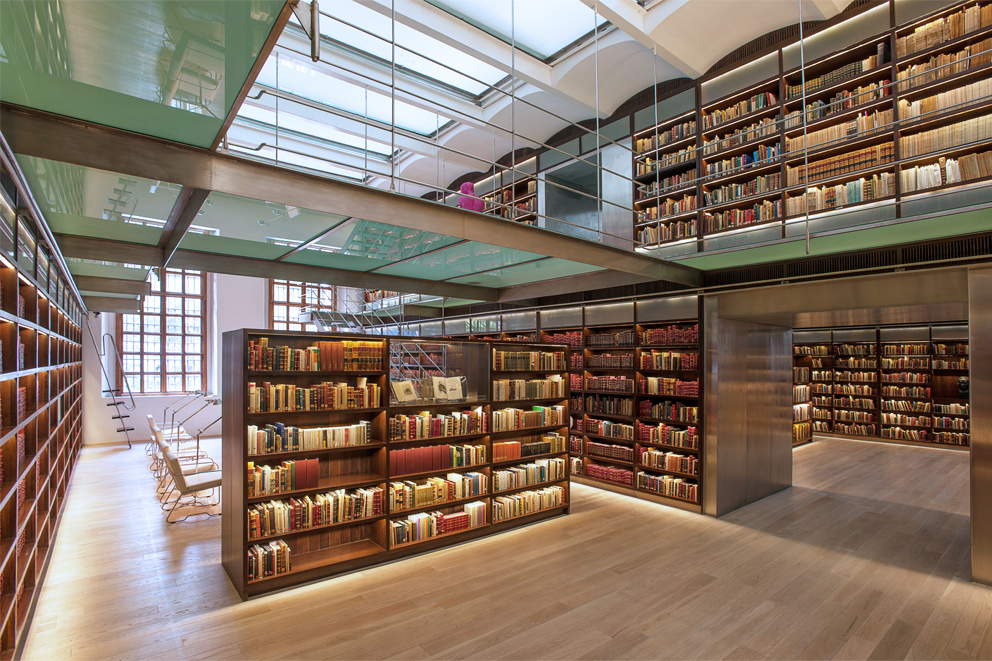 The wall-high shelves are accessible through an additional platform. Photo © Jaime Navarro 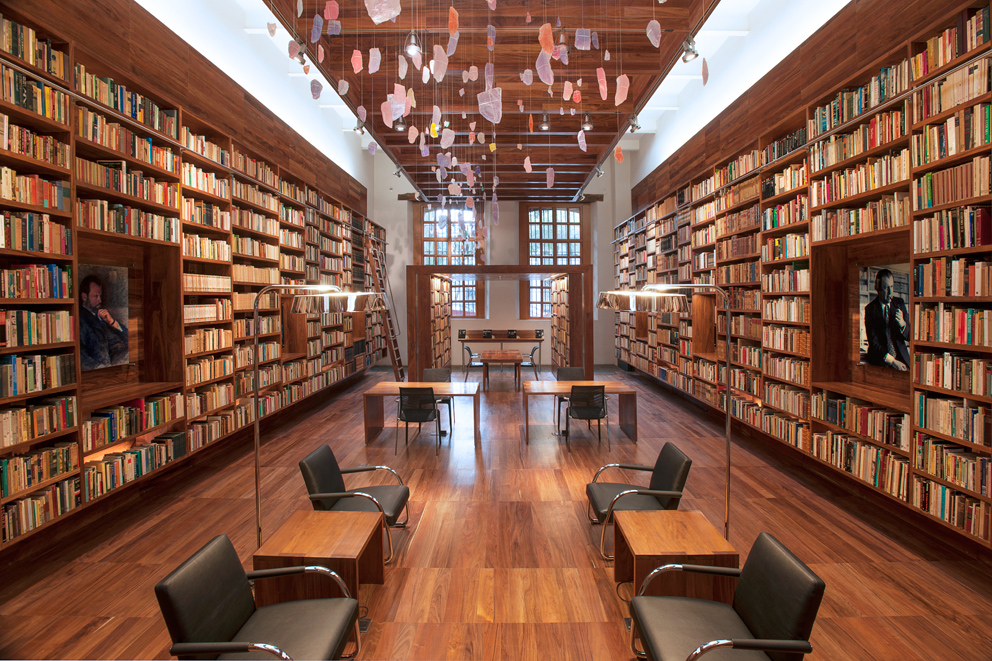 The reading rooms are quite different in their atmospheres. Photo © Jaime Navarro 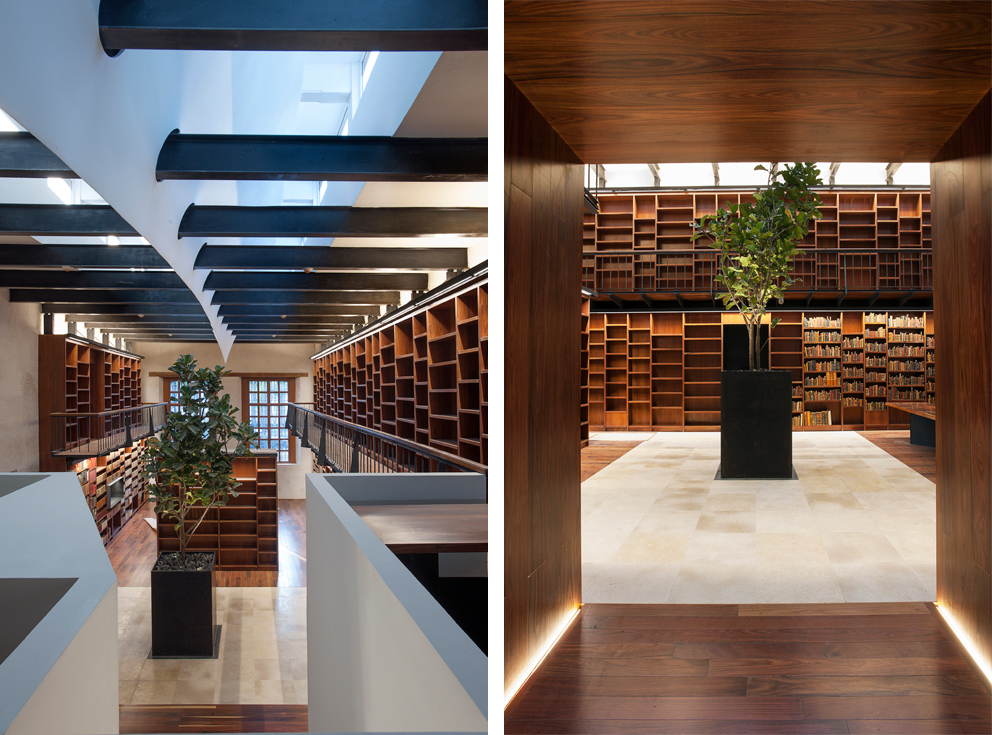 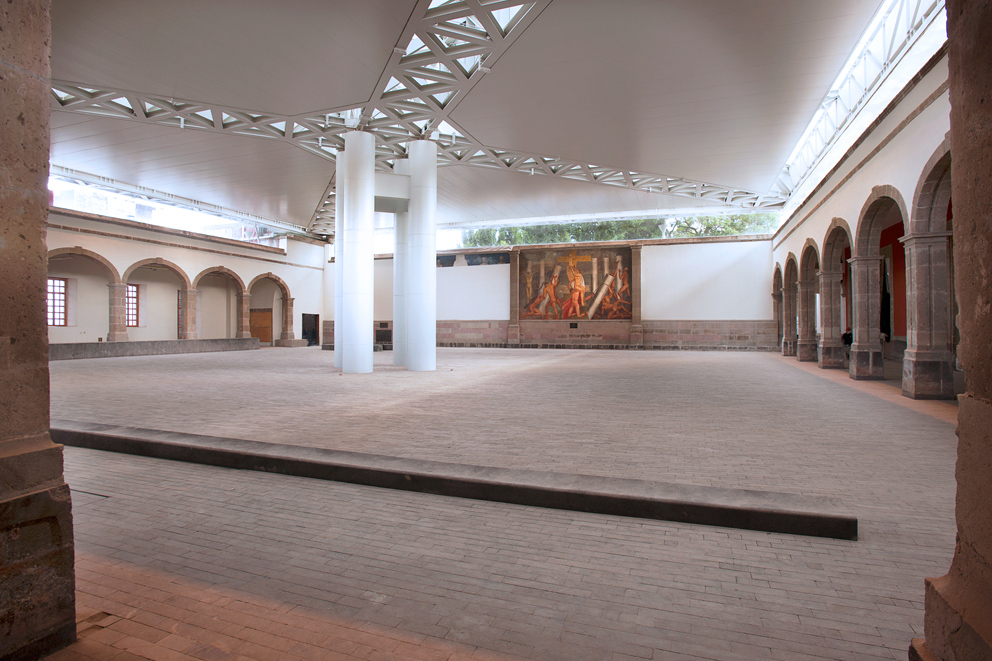 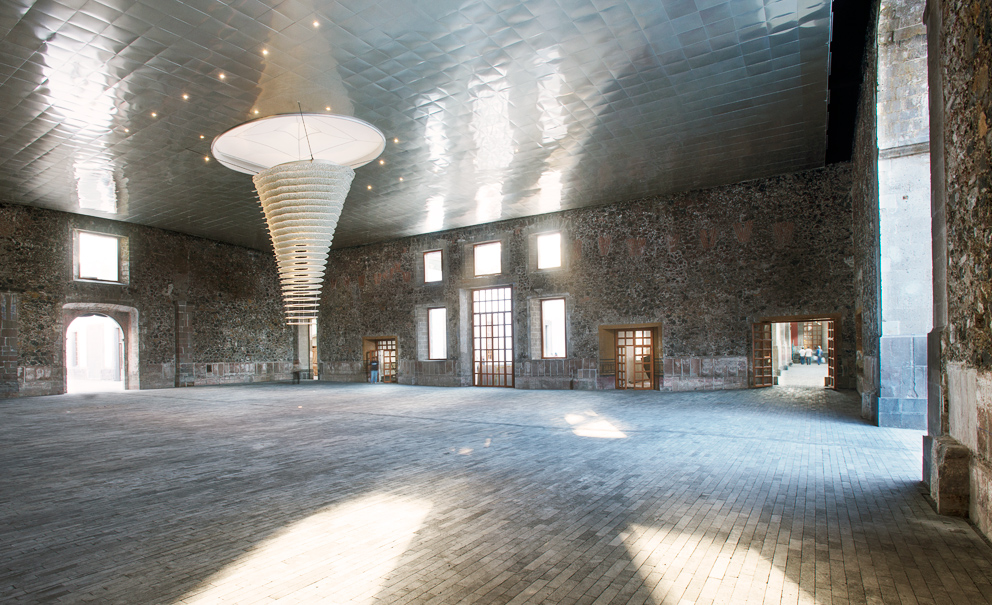 The architects were able to integrate the old building into the conversion and renovation. Photo © Jaime Navarro 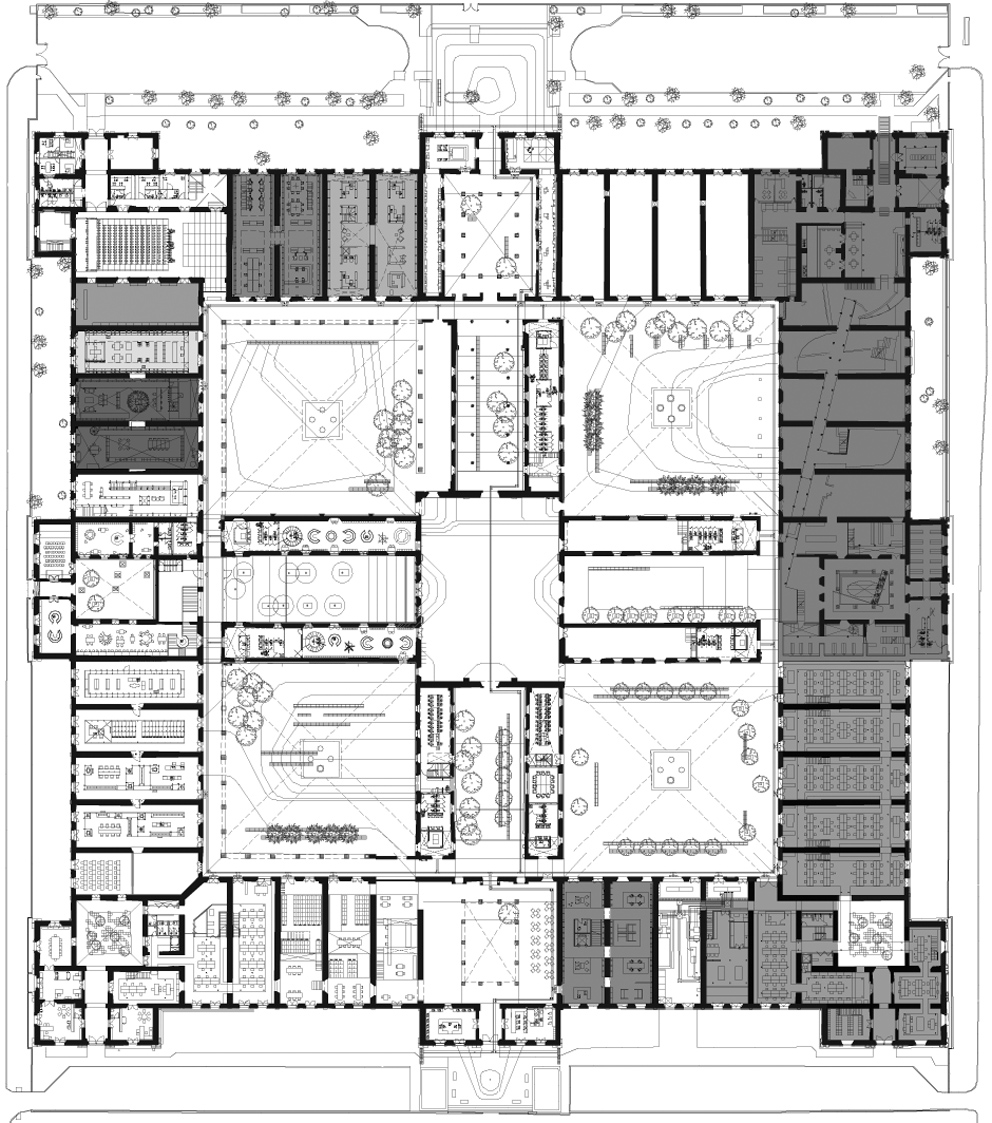 The floor plan of the first level shows the new uses in the historic building.
Drawing © Taller 6A