In the design world, Kortrijk is almost like a place we all yearn for. Year after year, at the overfilled parties at Milan's Salone del Mobile and in the endless halls of Cologne's furniture fair you can hear furniture makers, PR experts and design journalists sighing, saying how great last time in Kortrijk was. In fact, the "Interieur" Biennial in the town on the West Flemish border really has something going for it: The trade fair focuses on class, not on mass, the range is readily comprehensible, the hotels affordable, the distances short, and in the evening you invariably meet everybody else at the only after-hour event - and the atmosphere is therefore almost family-like. This year, that recipe for success has been more or less maintained, even if gradually a breath of globalization is wafting through the seven halls of Expo Kortrijk. Hardly a renowned design producer can afford not to be among the 250 exhibitors and the guests of honor are becoming increasingly international. Which is almost a bit sad, as precisely the slightly provincial eccentricity was always part of the Biennial's charm.

Possibly the word most voiced at the last Interieur biennial was "crisis". Everyone was busy looking for the first signs either of a new sense of moderation, a new feel of defiance or a new decadence in design. While two years ago it was still evidently too early for such effects to be felt, this time the organizers of the Interieur have evidently gone on the offensive and put the fair under the crisis motto of "The New World". Crisis instead of affluence, optimism instead of pessimism, reflection instead of superficiality, color instead of sobriety, these are the properties that are supposed to define the new world. Of course, this has little impact on the range offered by the established exhibitors, but it is to be sensed in the contributions to the design competition, and the prize money was considerably higher this year. Among the winners are a flower vase luminaire, a wooden oven, a water filter and a series of plain wooden furniture, which workers in São Paulo made for their own use and which, with a few minimal interventions, have been transformed into design objects by Marcio Kogan and his staff. The latter project rightly won the special prize sponsored by Vitra Belgium and is showcased with a small presentation in Hall 4. All the other contributions are on view in "Underground", a hall under the ground that in recent years was home to a very uneven chaos of student projects and young designers' stands, but this year is far more orderly and is curated.

Another facet of the "New World" motto is symbolized by Junya Ishigami, this year's guest of honor at the Biennial. Firstly, he was originally an architect and thus stands for how the lines between the different creative design disciplines are increasingly blurring. Secondly, as a Japanese he quite literally comes from a different world. His "Picnic" installation consists of "Family" chairs for Living Divani (which he has given heart-warming white knitted caps and scarves) arranged in a completely white room around the low "Garden Plate" tables, is one of the most beautiful shows the Biennial has to offer this year. Minimalist, poetic and subtly humorous, it seems very Japanese in the best sense of the word.

Right next door is a small installation presenting the work of Belgian Bram Boo - this fair's "Designer of the Year". His furniture designs stand out for the cubist shapes, some of which seem to evolve like crystalline growths from tables or chairs. Such idiosyncrasy is typical of Belgium design, which this year again contributes the most interesting items to the Biennial. While Moroso & Co have already displayed their new products in Milan and have nothing new to show in Kortrijk, many of the Belgian and a few Dutch manufacturers choose precisely Kortrijk to highlight new products. This time, for example, the children's furniture set "BooBoo" created by Bram Boo for Feld is new, as is the "Art of the Loom" project by Deweer Gallery, which presents carpets made to designs by 14 international artists, ranging from Jan de Cock via Stephan Balkenhol to Tony Cragg. Local champions Extremis spotlight their "Hopper" picnic bench - and thus only one item, but all the bigger for it; and Wildspirit has Gerd Couckhuyt's retro "MoonLounger" chair on show. By contrast, at Modular Lighting Instruments you hardly notice the product novelties as the entire fair stand is marvelously presented as a huge pinball machine.

What also largely goes unnoticed are the special exhibitions in the trade fair's central corridor, the "Rambla". For this zone, architecture office de Vylder Vinck Tallieu developed a special installation called "Mirror Mirror on the Wall" consisting of completely mirrored-covered boxes. The engaging game of reflections may be conceptually interesting, but primarily confuses visitors and diverts their attention away from the content of the boxes, which also completely clutter up the space.

Presumably, the idea was that these mirror boxes also symbolized a "new world" at the Biennial. Otherwise, the optimistic crisis-motto is on balance good for the event, because it does not ignore current economic conditions but does not act too morally and ascetically in response. The prime proof of the fact that the Kortrijk Interieur Biennial can be good fun for all the crisis is the pretty silly, staggeringly huge, bright red Chihuahua made of corrugated cardboard by Belgian designer Charles Kaisin for card paneling maker Bee - located in the middle of Hall 1 and baptized "Beehuahua". The mega-mutt introduced a surreal element into the event that for all the globalization shows it to be what we so like it to be: experimental, Belgian, a mixture of brash and odd, and above all very "companionable". 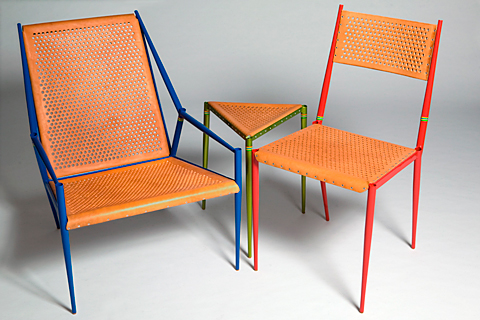 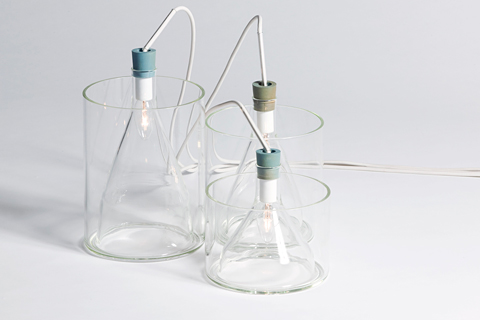 Lamp with Vase by Miriam Aust 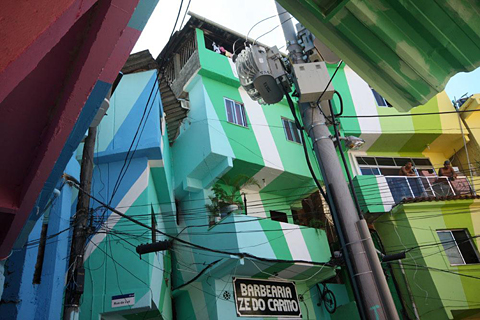 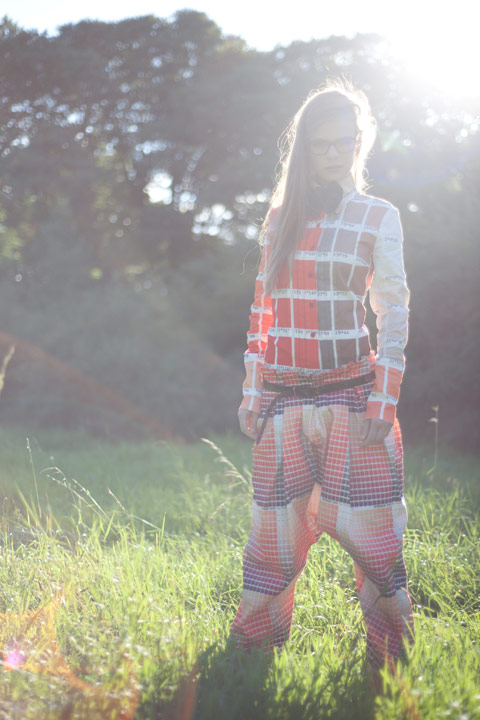 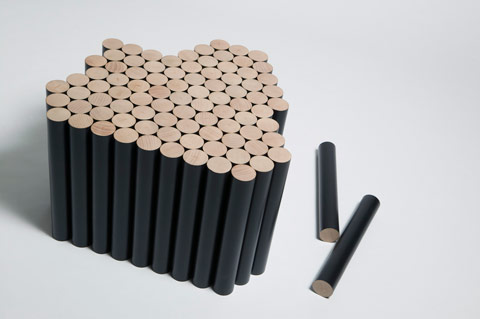 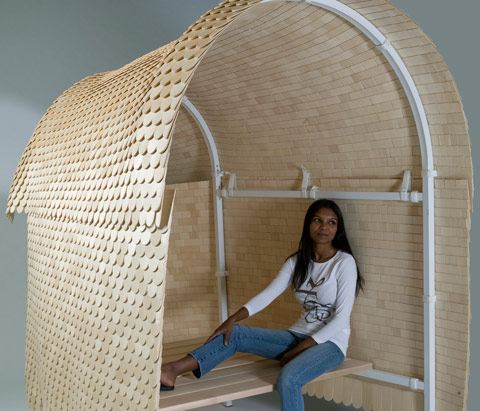 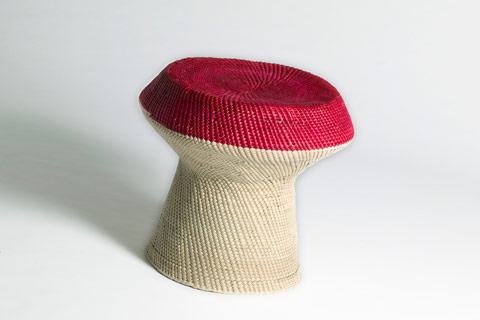 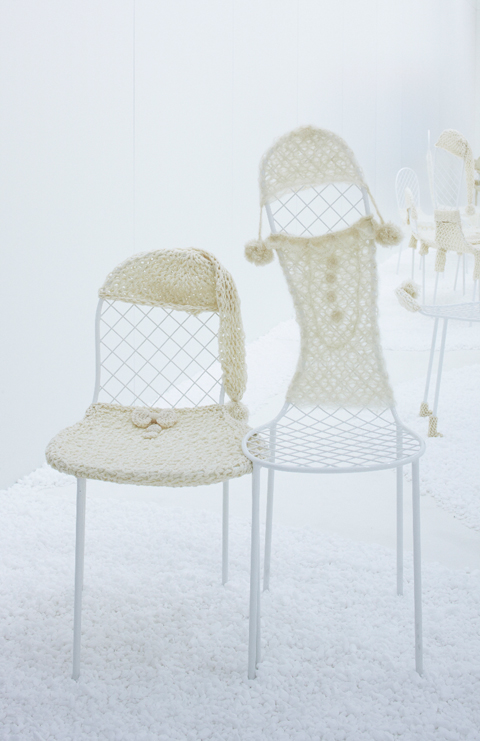 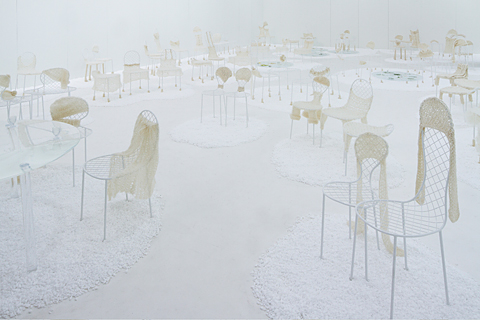 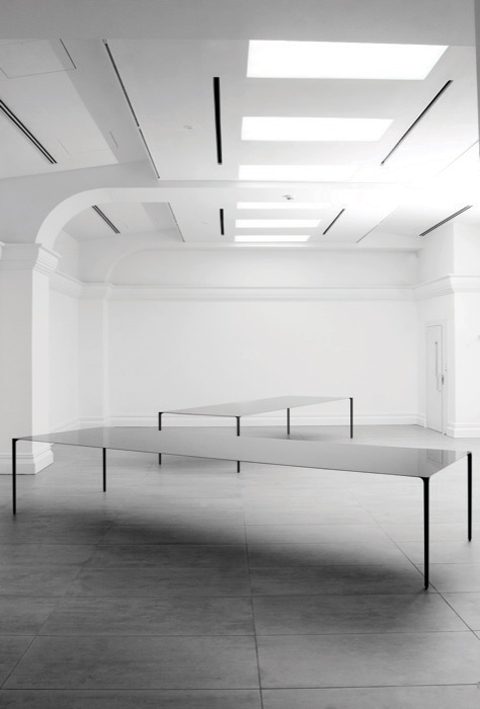 Surface Table by Terence Woodgate and John Barnhard for Established&Sons 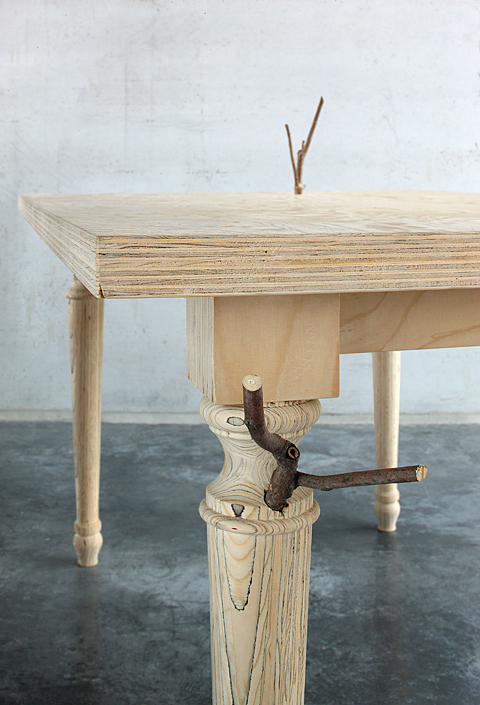 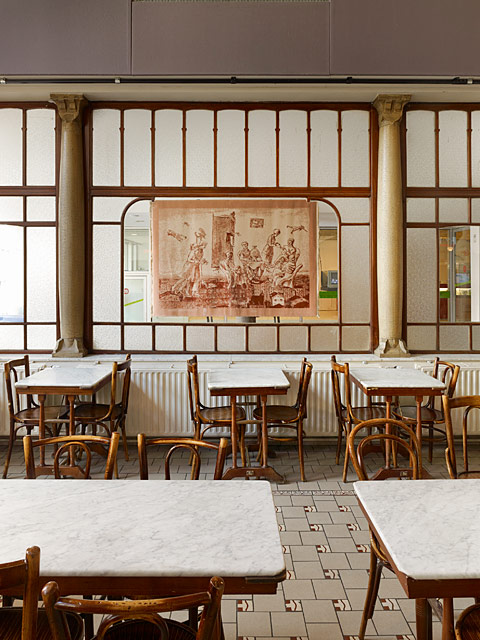 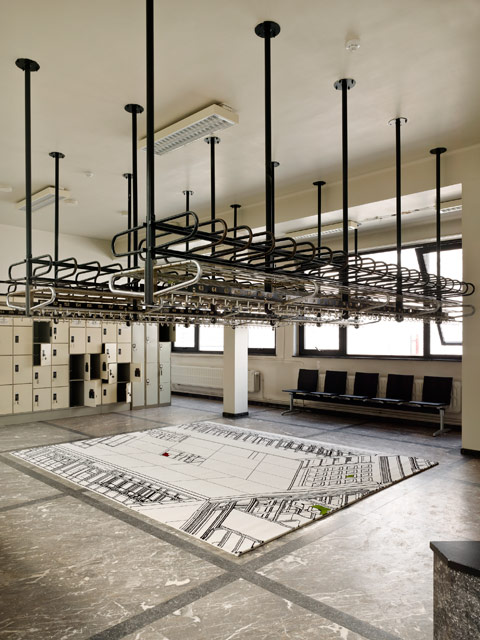 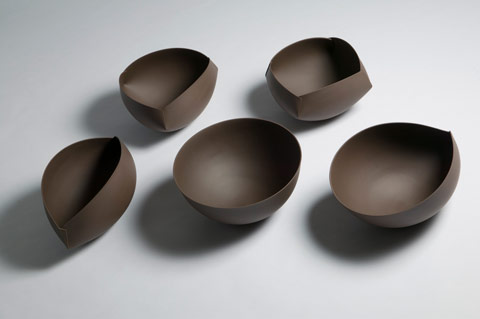 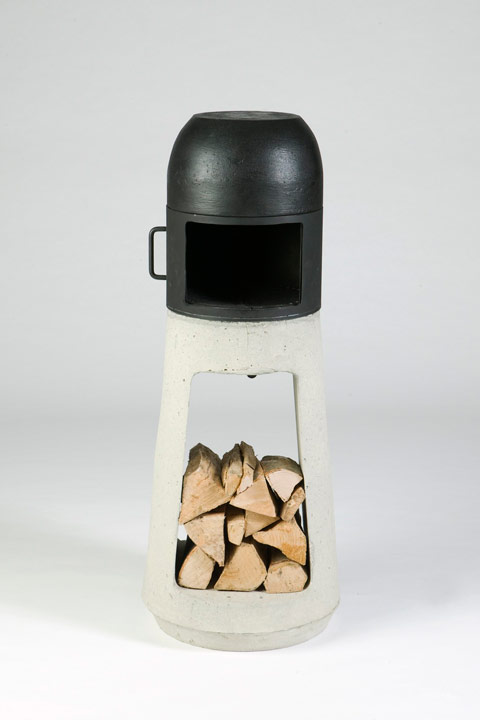 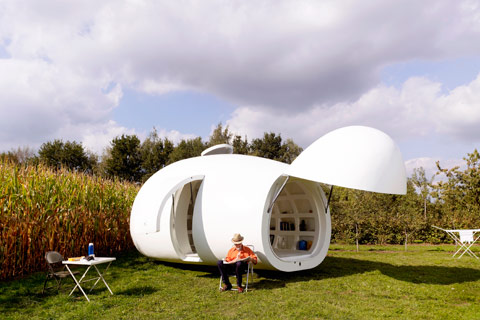 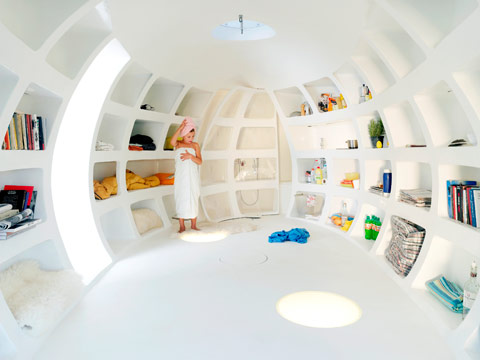