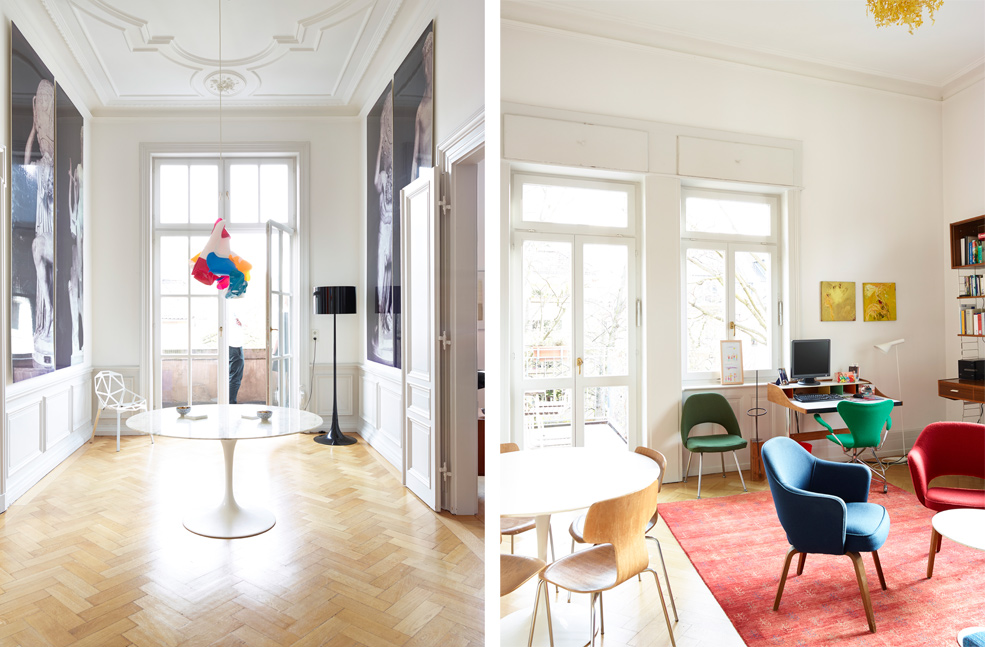 Precautionary steps had even been taken outside the house. Torches pointed anyone irritated by the many lights of the Light+Building and in danger of getting lost in the labyrinth of one-way streets in Frankfurt’s Westend district, in the right direction. And evidently everyone actually arrived safely – designers, manufacturers, journalists, graphic artists, and many other bright minds. Including the likes of Dick Spierenburg, Creative Director of imm Cologne, actress Marie Bäumer, Marc Meiré of Meiré und Meiré, and Frankfurt jeweler Marc Stabernack. While some chatted happily over a glass of bubbly, others dipped into the tasty Nykke & Kokki finger food on the table in Robert Volhard’s large kitchen, or lounged in the sofas and armchairs. The mood was great and because the night was balmy and the special occasion was the bright lights (which as we all know do not shy the spirits of darkness), the one or other conversation, and not just about innovations at the fair, was definitely enlightened. 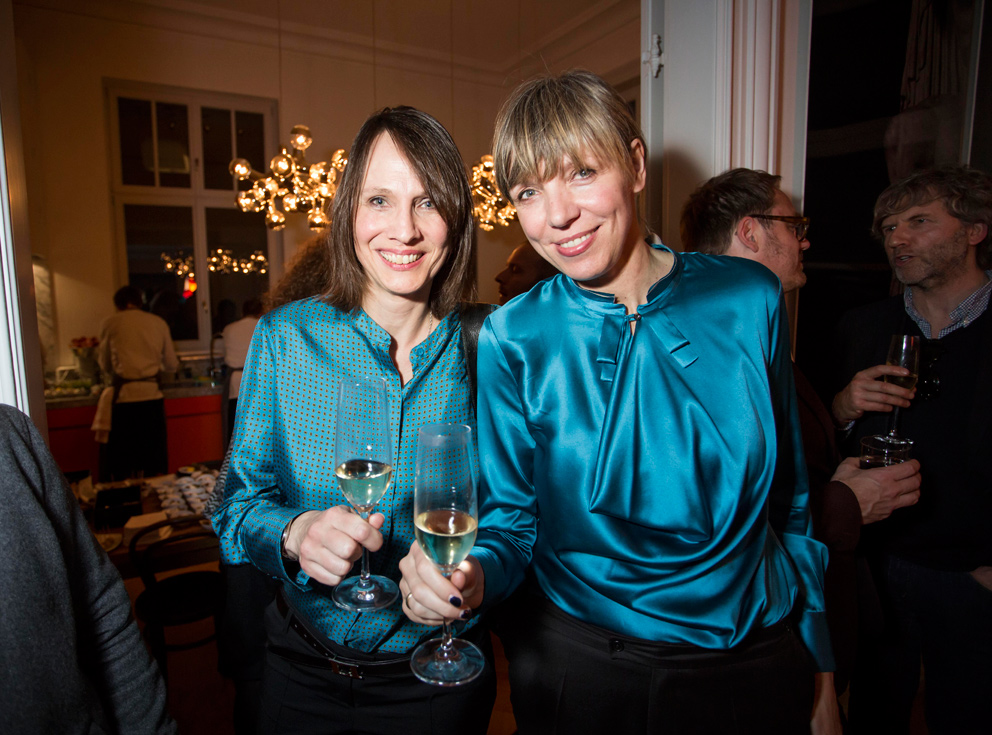 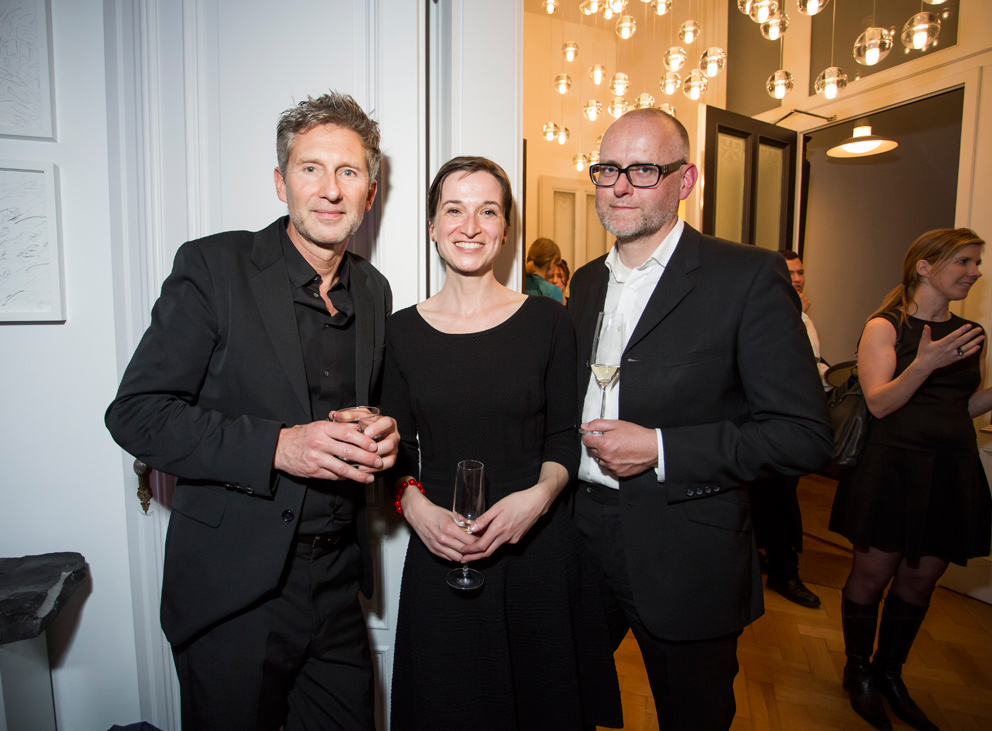 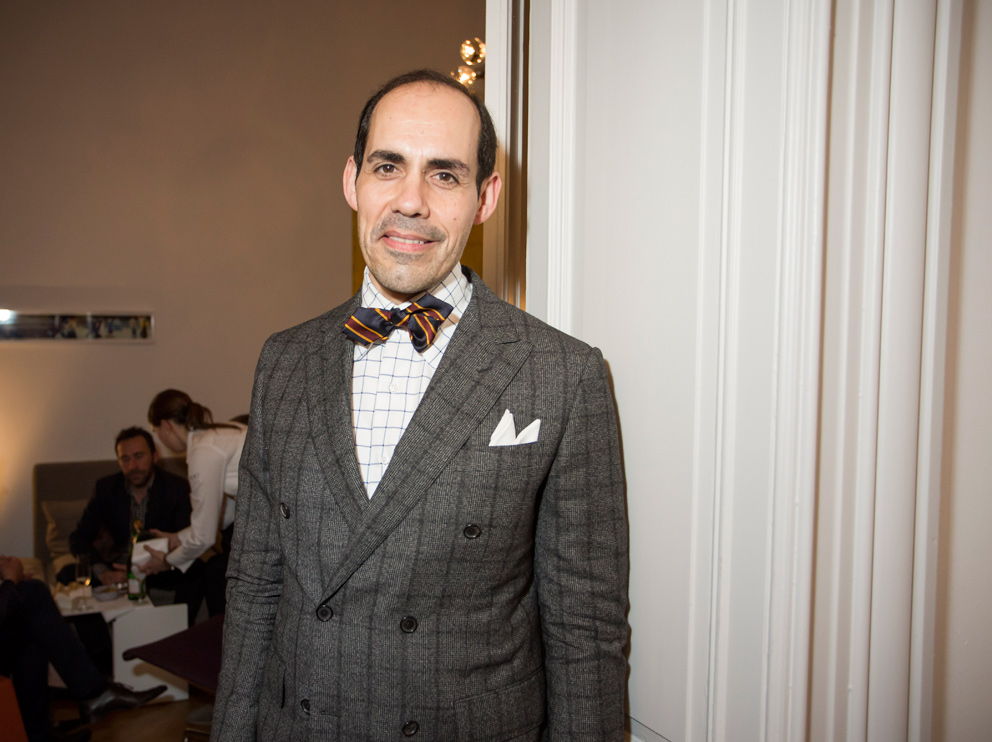 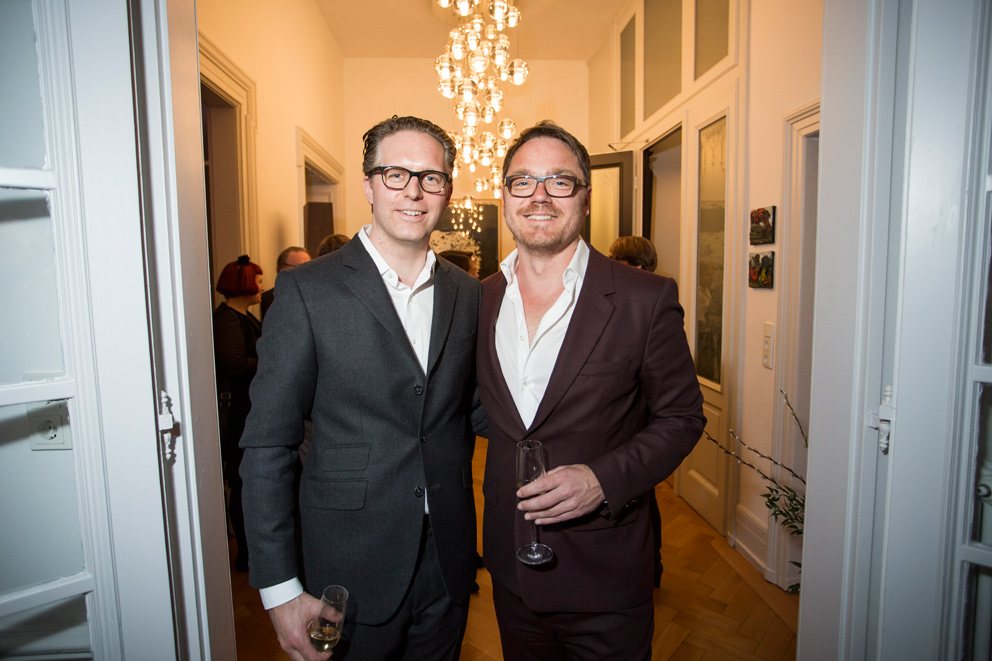 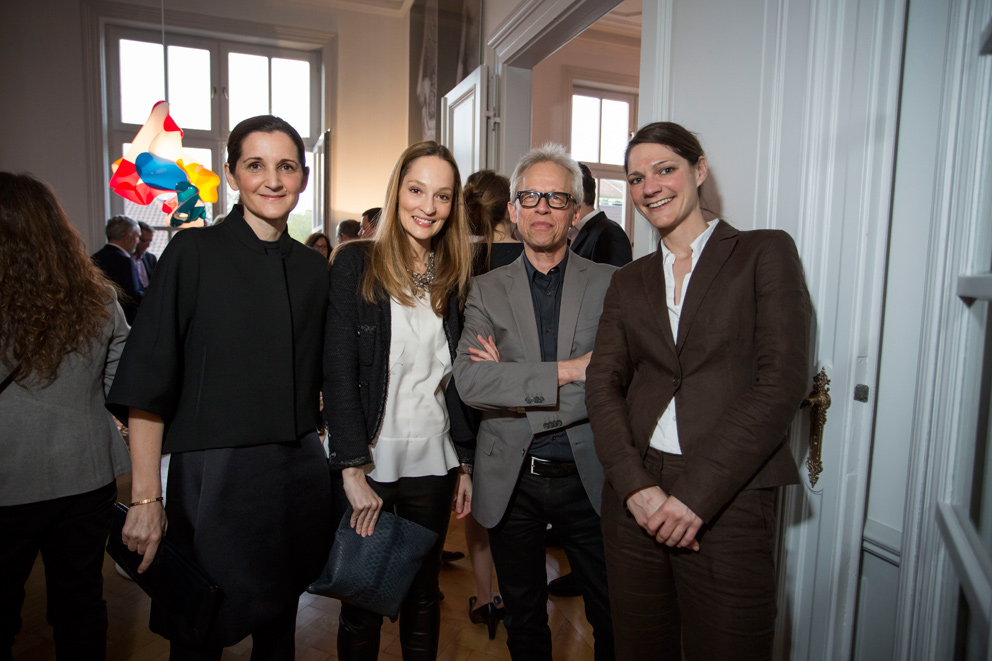 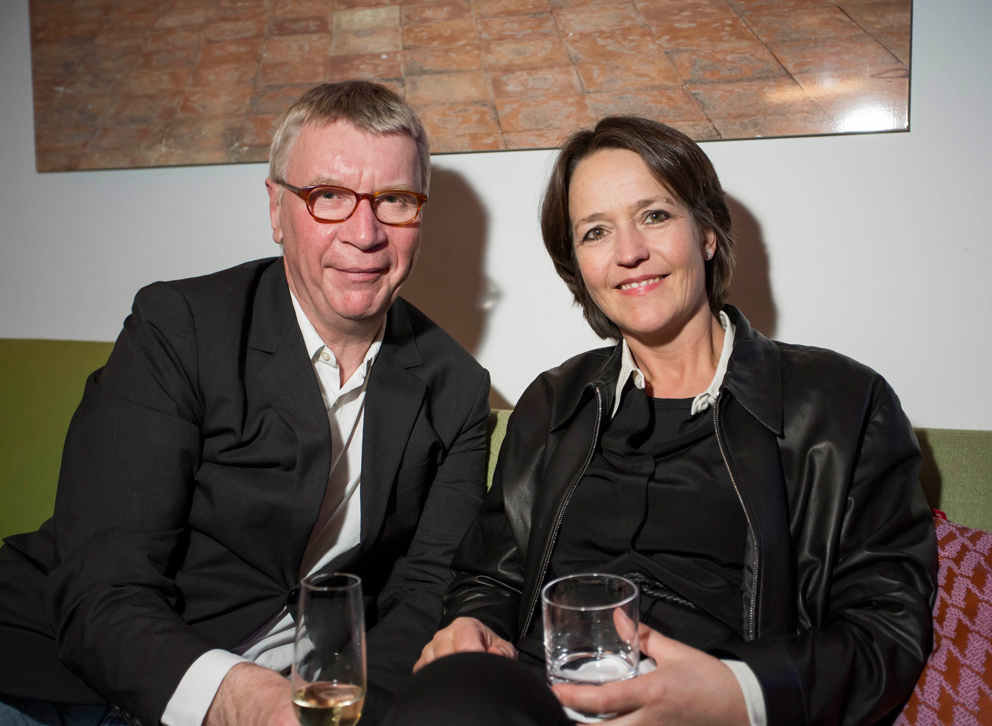