A fashion company called "countryman", which exclusively manufactures comfortable shoes and whose stores lack a proper corporate identity. Almost any image consultant would initially throw up their hands in horror at this business concept but this unconventional combination is precisely the key to its success. At least, if the name is Camper, a company with a store network spanning all the major cities of the world and with a shot of the hipness factor by various star designers.

It all started in 1877, when a Mallorcan businessman opened a shoe factory on what was then still a very rural Mediterranean island. In 1975, his grandson took over the business and changed its name to Camper, which is Calatan for countryman. The first Camper store opened in Madrid in 1981 and international expansion followed in the nineties. Camper Together stores, on which different star designers are permitted to put their stamp, have been around since 2006. At the beginning of 2007, Camper wooed away Nike's Brand Director, which ultimately demonstrates unequivocally the ambitions of this Mallorcan family business.

The unconventional shop concept forms an important part of the marketing strategy. The last few years alone have seen the opening of seven new Camper Together stores, designed by some familiar names like Jaime Hayon, the Campana brothers and Alfredo Häberli, who have already designed other Camper Together stores, plus a new family member, Konstantin Grcic. Although it may not be obvious at first sight, a common thread definitely does run through all the designs, all of which are based on the brand colour red. In addition, all the shops display the shoes like art works in a chic gallery and the style of the shoes fluctuates between handmade frugality, which is also the hallmark of the traditional footwear of Mallorca's rural inhabitants, and ultra-urbane, lively feel-good luxury. Sometimes a touch of the humour slips in, Häberli's starched trousers lampshade, for example. In general, practically anything goes, from clumsy, interlaced wall coverings, on the brick display walls designed by the Campana brothers, at Grcic's new store in Barcelona, to Hayon's typically eclectic table leg collages. In the background, five in-house designers ensure the stars don't get too carried away. In all other aspects, the most important fundamentals for Camper Together seems to be the very contemporary realization that one mustn't bore one's customers. 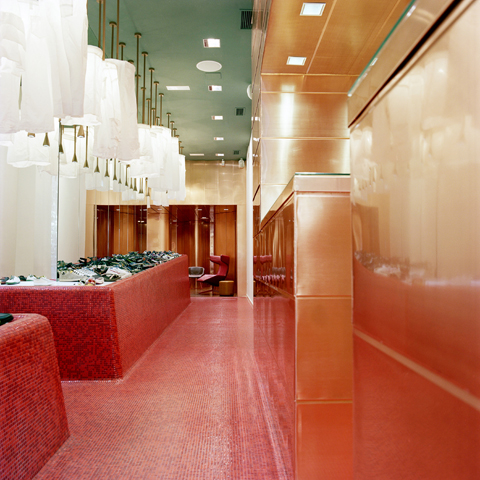 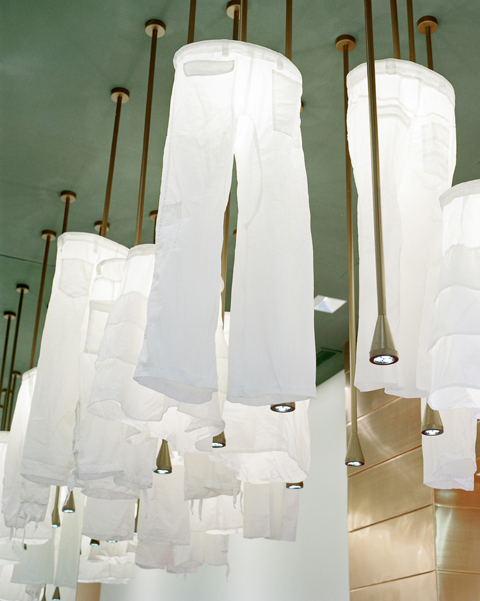 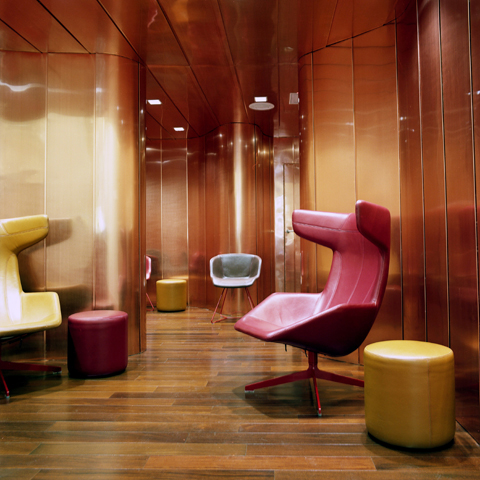 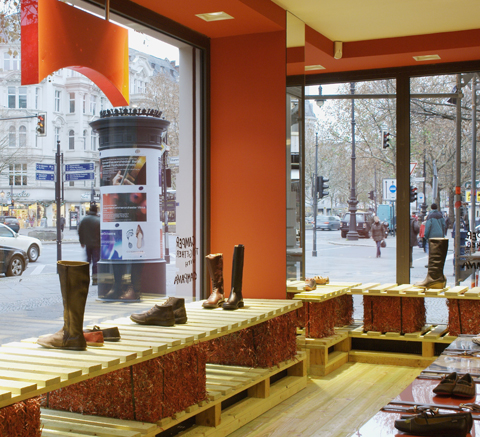 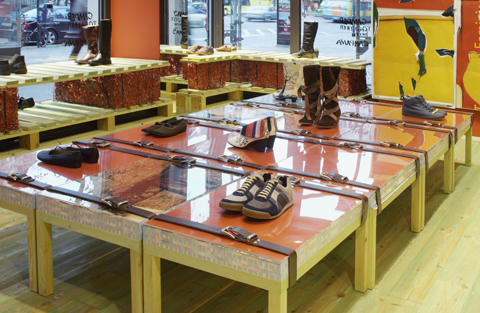 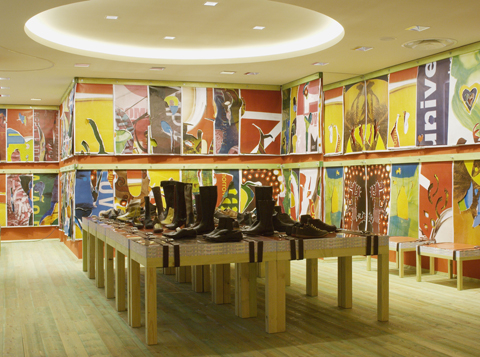 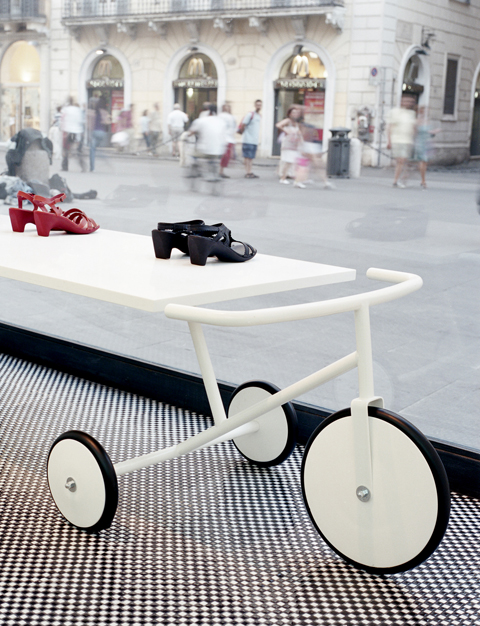 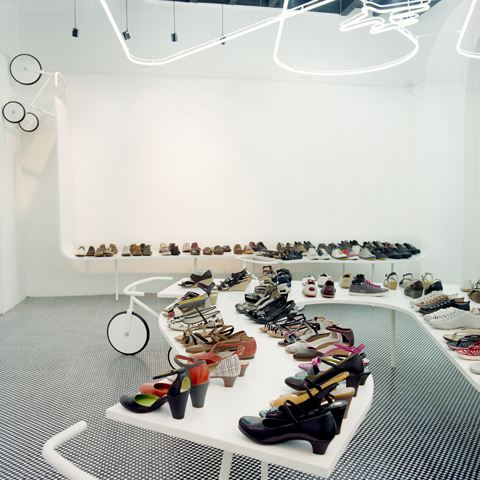 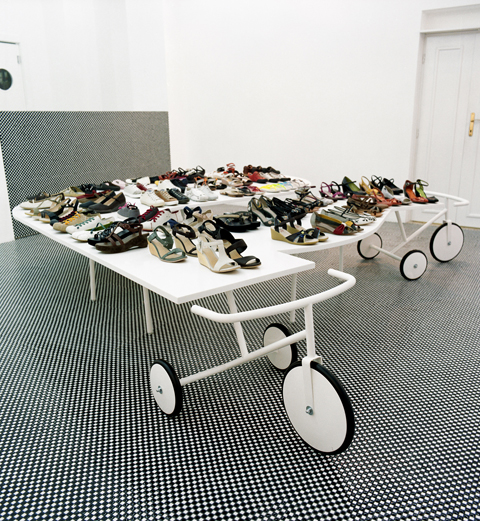 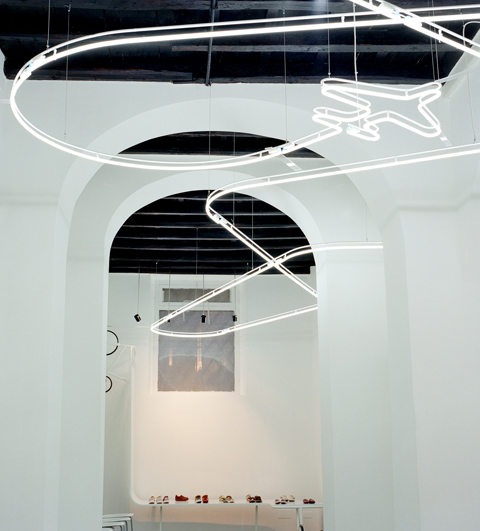 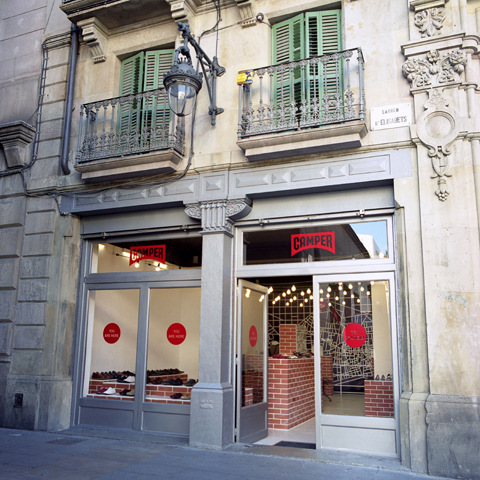 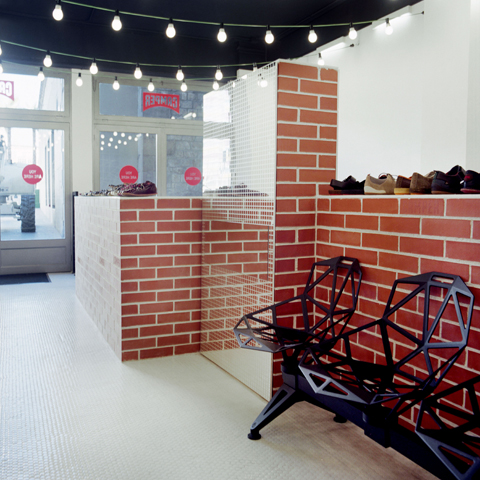 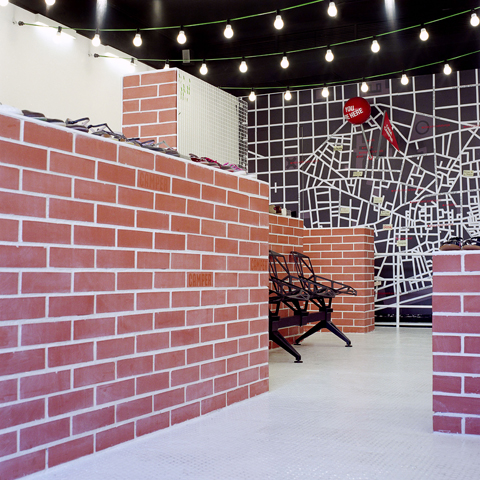 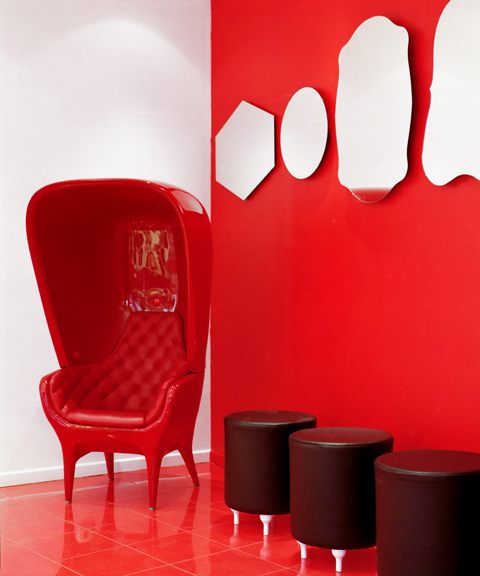 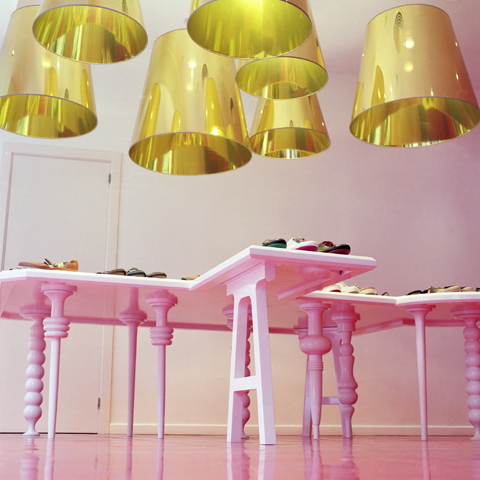 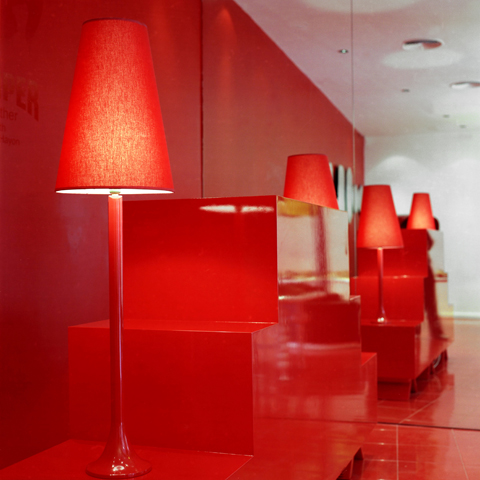 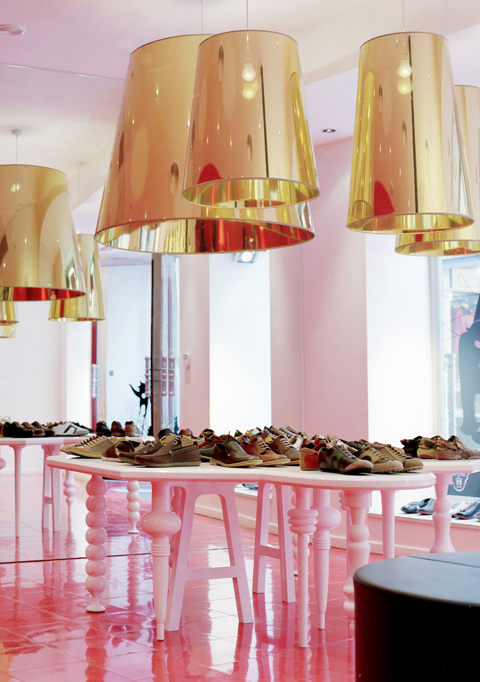 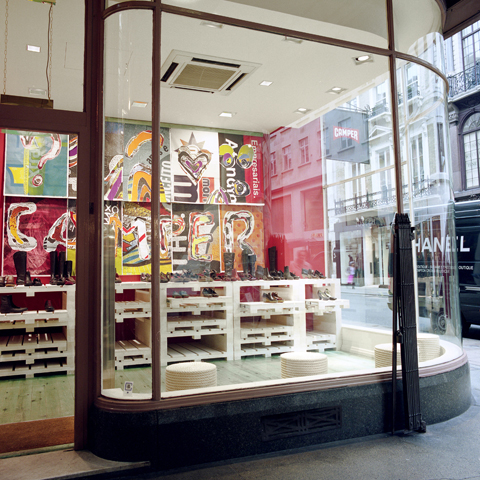 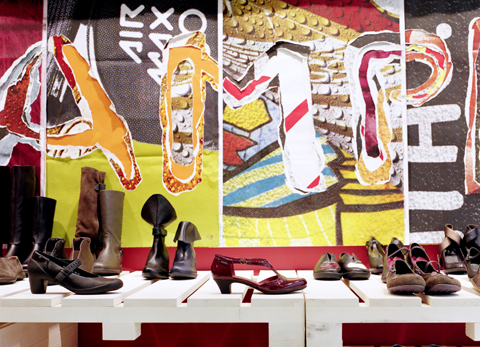 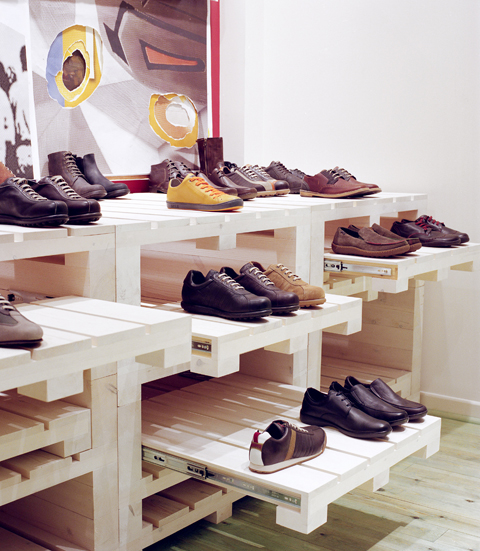