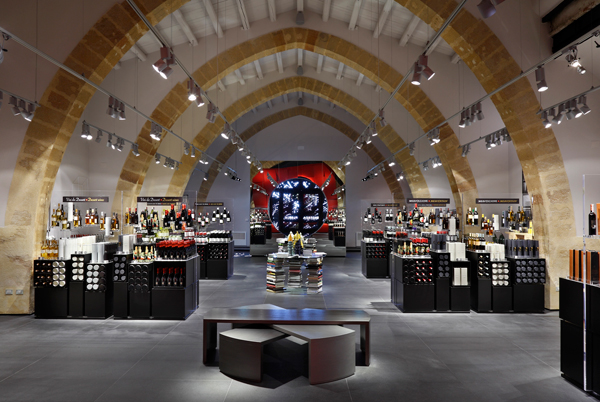 A section of the Florio winery’s vast wine cellar has been transformed into a sales room. Photo: © Reggiani

It was in 1833 that the Florio clan, a prosperous Sicilian family, established the “Donna Franca Florio” winery, and it has remained on the outskirts of Marsala ever since. The town is famed for its rich dessert wines, which at first were mainly exported to England. In line with the buildings on the neighboring and rivaling estates, which were in English hands, Donna Franca Florio winery was built in a style that most Italians consider to be Anglo-Saxon. As such, more than 100 pointed arches were lined up to form the huge vaults of the winery. An architect, a scenographer and a light designer have now created the “Enoteca” in a side aisle of the wine cellar, which is illuminated with a range of different luminaires by Reggiani.

Architect Franco Marabelli engineered the interplay between the various design elements with perfect precision: “For the Enoteca I let myself be inspired by the colors and traditions of Sicily: a red background with protruding elements that is enriched with a mosaic that references one of the historical Florio advertising posters and holds a great presence over the entire space; the black floor is like the lava of the volcano … I have arranged the bottles such that they seem to float in a vacuum thanks to the use of transparent frames, thus I was able to open up the room and make it spacious and airy.”

The luminaires could not be installed on the historical walls directly, which is why lighting designer Lorenzo Bruscaglioni from studio Luminae opted for conductor rails of four or five meters in height; the shorter ones extend along the entire length of the room. These were fitted with Sunluce LED lights and ZeroZeroUno metal halide lights by Reggiani, and furnished with additional dimmers. The scenographer used them to spotlight the exhibition zones and accentuate particular details in the architecture. The result is a “magical and captivating place” for the Florio Concept winery, which infuses the historical building “with new energy”.

A section of the Florio winery’s vast wine cellar has been transformed into a sales room. Photo: © Reggiani 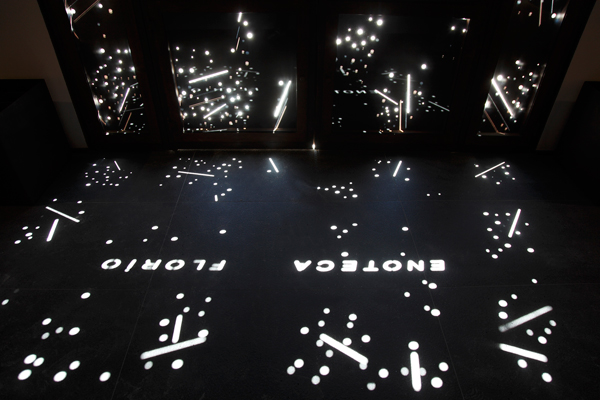 The playful lighting accentuates the entrance to the vault; daylight projects the lettering of the word “Enoteca” onto the floor. Photo: © Reggiani 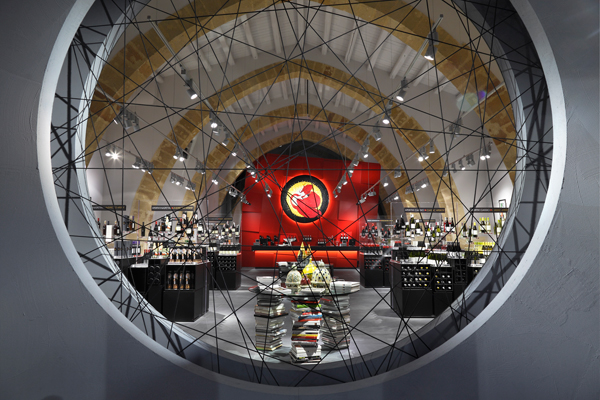 Different perspectives and product zones are created with LED and halogen lights by Reggiani. Photo: © Reggiani 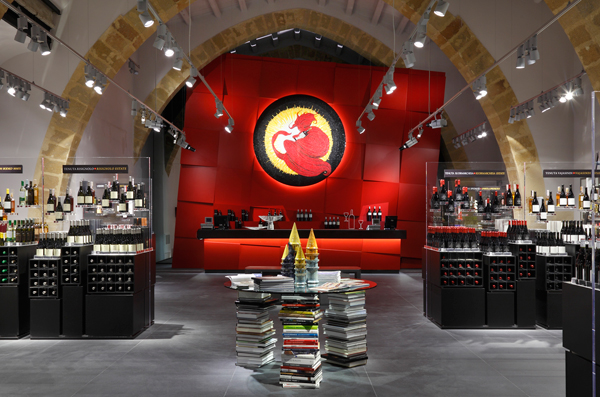 The luminaires by Reggiani were installed on conductor rails. Photo: © Reggiani 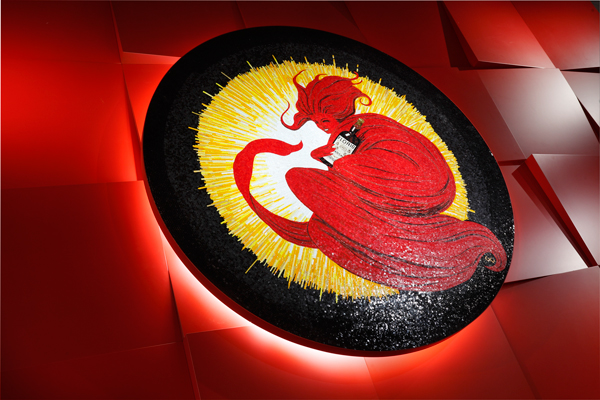 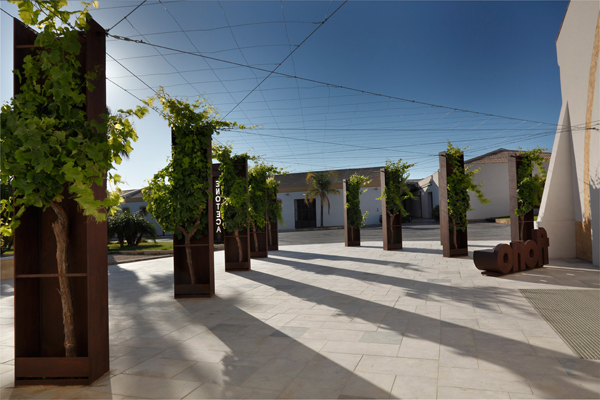 Also the exterior of the winery was rebuilt - with a pergola of steel. Photo: © Reggiani 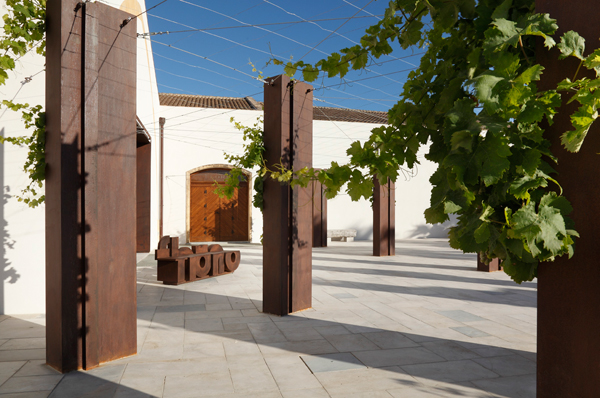 The entrance of the showroom is restaged by a pergola which leads to a massive gate of steel. Photo: © Reggiani 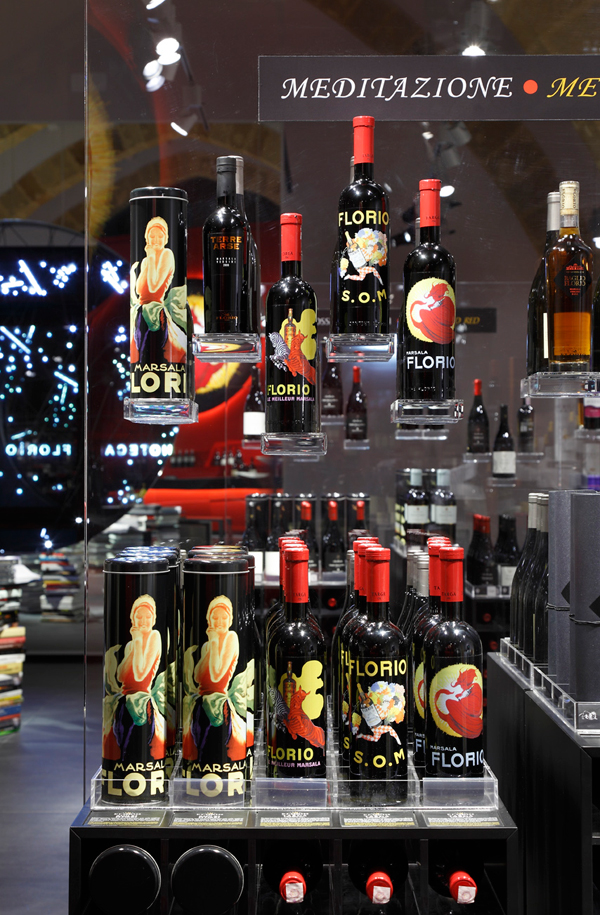 The bottles with historical labels are represented on transparent displays. Photo: © Reggiani 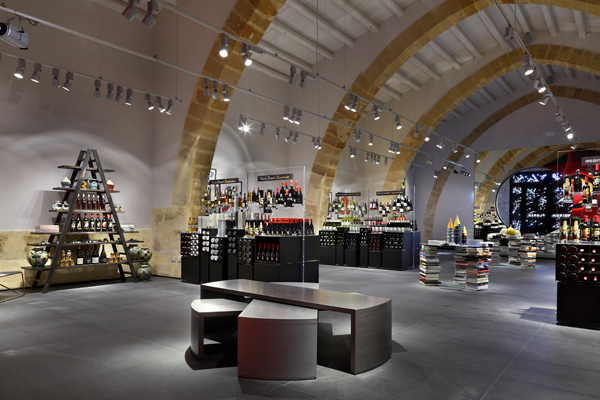