top
Carpets have stories to tell
IN CONVERSATION:

With his subtle and elegant designs, architect and designer Piero Lissoni is one of the really big hitters in Italian design today. Not only as creative director for Living Divani, Porro, Glas Italia and Boffi brands, but also through his extensive collaborative efforts with manufacturers such as Alessi, Cappellini, Cassina, Desalto, Fantini, Flos, Fritz Hansen, Kartell, Knoll, Lema, Lualdi, Matteograssi and Tecno. However, with his studio Lissoni Associati, established in 1986 together with Nicoletta Canesi, he not only designs kitchens, bathrooms, furniture, accessories and luminaires, but is also active in the fields of photography, graphic and exhibition design, and architecture. A graduate of Politecnico di Milano, his activities as an architect range from designing hotels such as the Conservatorium in Amsterdam and luxurious private villas in seaside resorts such as Forte dei Marmi all the way to large-scale building projects such as the headquarters of Glas Italia, Matteograssi and Boffi. Martina Metzner spoke to Piero Lissoni, who visitors to Domotex 2016 will be able to see in the flesh on January 17 when he will be the special guest at the fair. They discussed his predilection for Berber carpets, soft qualities in a room and dangerous architecture. 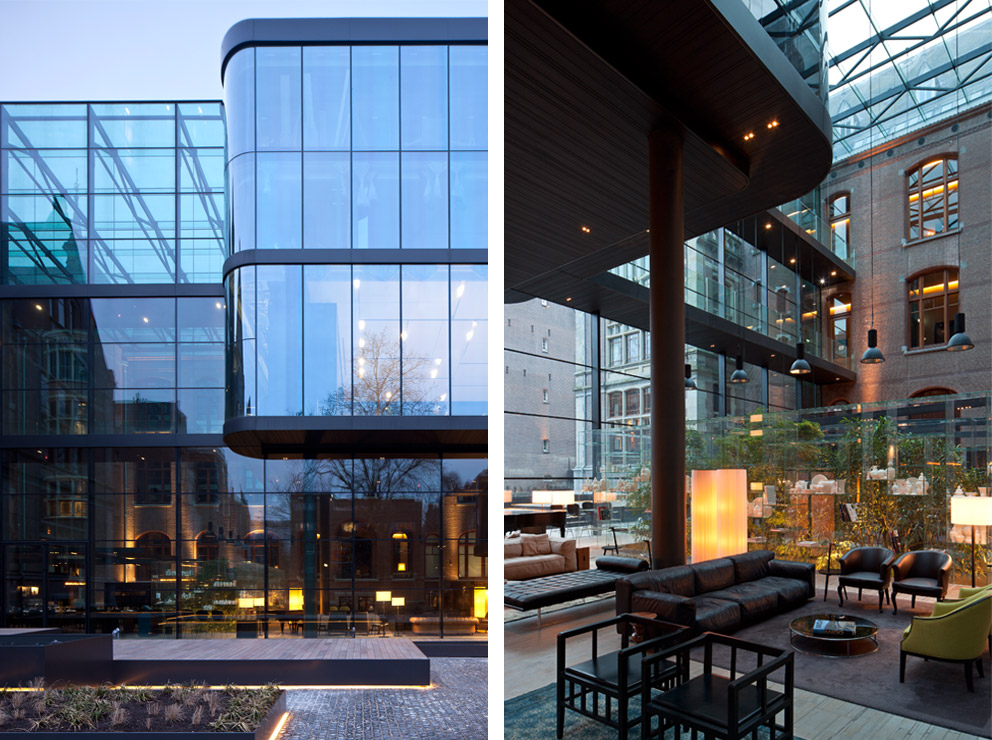 Martina Metzner: At the last Salone del Mobile we saw a wealth of modern, hand-knotted rugs – for instance, at the stands of Nodus and Moooi. Why the sudden new rage for carpets? And what is it that has changed?

Piero Lissoni: For me, the fact that people are now crying out for hand-knotted designer rugs is nothing new. But today carpets are being used in a different way – at one point they were collector’s items but they have since become an element of interior design and are used for zoning rooms. After all, carpets make for a certain soft quality and textile sense to neutral, plain spaces. It is interesting designing a new generation of carpets because they will be the antique carpets of the future – and, if the truth be told, at the moment there are not a great deal of new carpets that will really bowl you over.

For the apartment that you share with your partner Barbara Hickl in Berlin your choice fell on an ancient carpet made out of black-and-white strips which had been produced in Anatolia. What is it that appeals to you about this kind of hand-knotted carpet?

Piero Lissoni: In my opinion, carpets represent a very interesting type of artwork. Each and every rug has its own genuine, true story to tell. They are produced by hand like costly fabrics, in different places all over the world. In a manner of speaking they contain their own kind of poetry. For instance, a carpet from the Caucasus tells the story of a certain family, a certain tribe, the point at which it was made. Cultural symbols such as animals, flowers or certain events such as tiger hunts – all captured in a specific style, it goes without saying – also have stories to tell. I hope that the carpets that are now being produced will have their own stories to tell. 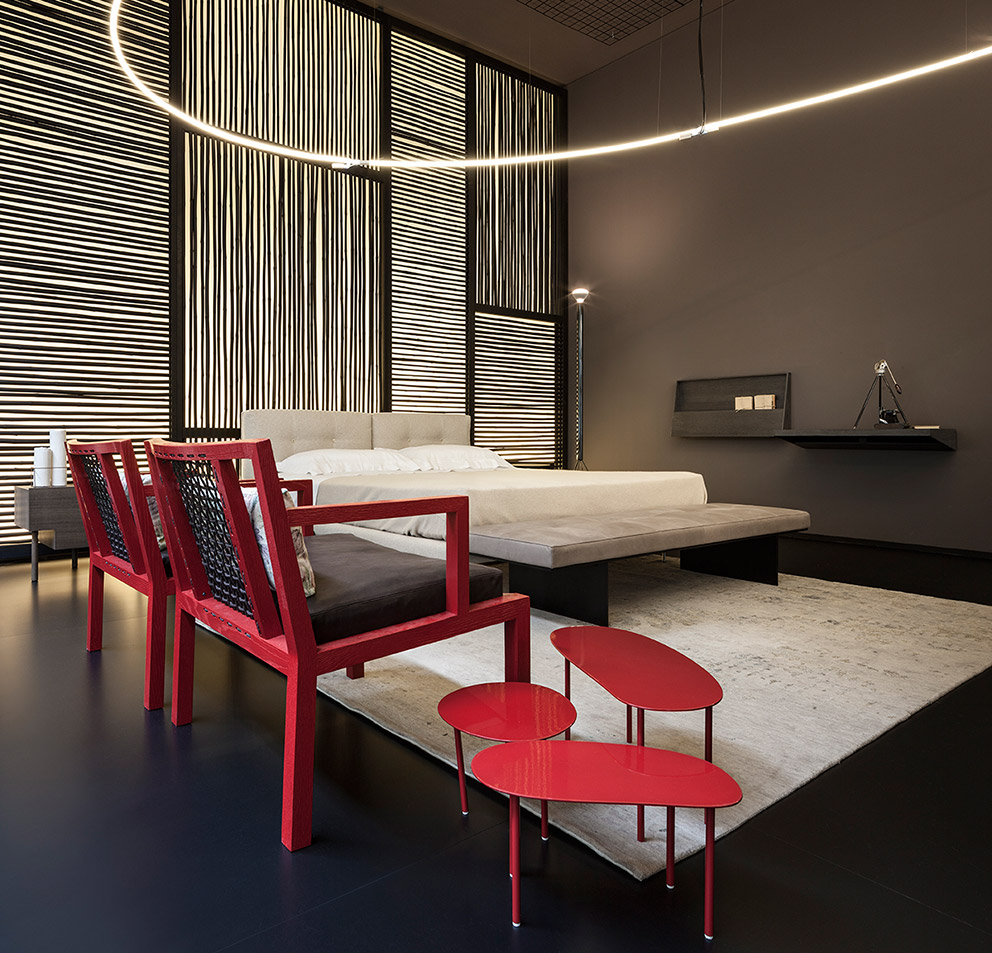 Carpets create zones at the headquarter of Living Divani, as like an architecture and design project by Piero Lissoni. Photo © Lissoni Associati

Which carpet can you especially relate to?

Piero Lissoni: I own Berber carpets that come from Tunisia. And even when these only have geometric patterns they still tell a story. All the carpets that I have bought in my life talk to me when I look at them – like a voice, a piece of music that floats across to me when I am sitting on the seashore in the evening and the breeze brings stories wafting over from distant places. All that I need to do is to take the time to listen to them. One carpet that I particularly like was made by a Berber tribe in the High Atlas. It was knotted from hand-dyed woolen threads of varying thicknesses. The family did not get the goats’ wool they needed for the carpet in one delivery and this meant that they had to keep mixing up fresh batches of the red dye they required. For this reason, every time they dyed the wool they did so using a different shade of red. And so, one section of the carpet has more of an orangey hue and another more of a violet tinge to it. This particular carpet boasts 50, 60 or even 70 different shades of red. And the colors tell of the different phases in this family’s lives. Essentially, the dyeing process has created a vivid picture, a red carpet with delicate lines thanks to its various different batches of dye. 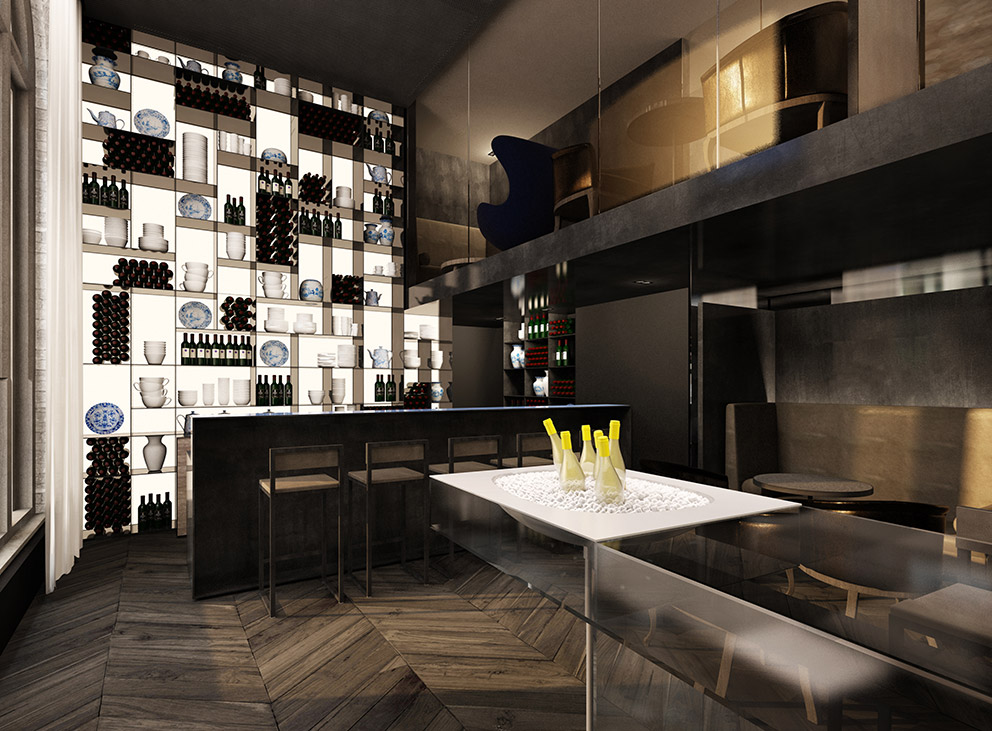 When designing products and spaces you are particularly interested in how they are used and the types of everyday rituals they are associated with. What kind of rituals do we engage in here in Europe in terms of our flooring? And: What do you take into account for your floor designs?

Piero Lissoni: Here in the Western world we need to be thinking more about the uses we make of our floors than about the rituals involved. In Japan, Korea and Thailand nobody keeps their shoes on when entering a house. While we in the West seldom take our shoes off. Here, we need more robust floor coverings than in Asia or the Middle East. So I need to take this into account when I design buildings in Asia. At the same time, such flooring has to cohere perfectly with the architecture. I always attempt to integrate soft surfaces into my architecture – for instance with carpets, and not only the kind made of wool or silk but also carpets manufactured from coir or rattan. However, I never have fitted carpets laid. My preferred flooring is cement or wood – onto which I place just that kind of rug.

As an architect and designer who realizes projects world-wide you come into contact with countless different cultures. For which project or in which country have you learnt something new about floor design or have you taken a completely different approach?

Piero Lissoni: To tell the truth I never take a totally different approach because I always learn something new – among other things, about flooring. In Japan, for instance, I learnt how to produce perfect cement floors. Every culture teaches me something. But there never was a project where there was something that I knew nothing about beforehand or rather there was never anything that took me completely by surprise. I could and still can always realize my ideas. In fact, I would go so far as to say that they are realized in an even better way because in that particular land or for that specific project there are actually local specialists who do that kind of thing particularly well. 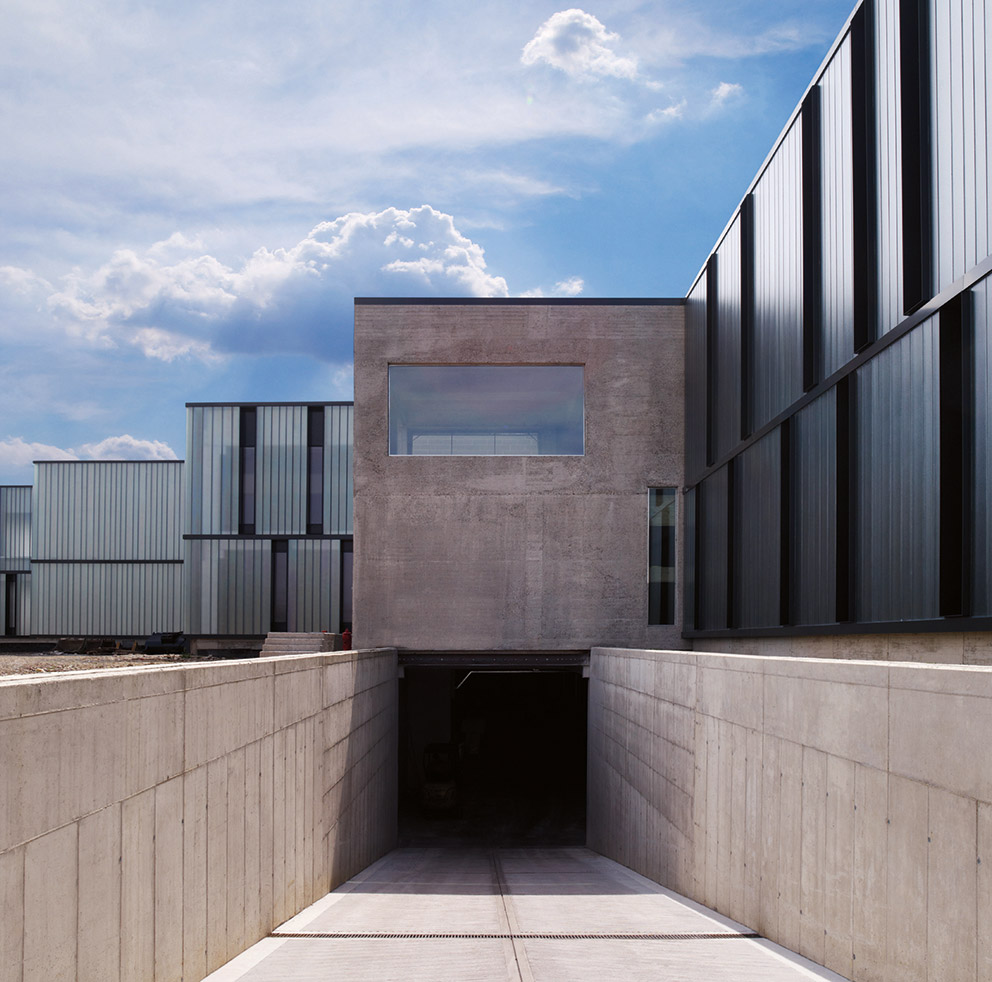 The headquarter of Glas Italia should give the image of a huge crystal disk as well as a barcode, says architect Lissoni. Photo © Lissoni Associati

In an interview with Sandra Hofmeister for Stylepark back in 2010 you said that you were “a humanist and renaissance man” “in search of beauty”. You have described combining beauty and function as something “unfortunate”. So, what is the situation with floors – how much beauty should they contain? And how much functionality?

Piero Lissoni: Today, I would not actually make that statement. I am often asked in interviews whether I set more store by form than by function or vice versa. I have, without exception, replied, in a way that has always been meant to be ironic that it is a very German way of looking at things to place function on a level with form, “form and function” as you so neatly put things. And of course, a form always has a function and vice versa. A table is always a table; a chair is always a chair – whether it is ugly or not. But a luminaire can never be a saucepan. A luminaire is a luminaire and a saucepan a saucepan. A luminaire can be ugly but an excellent source of light. In such cases I would rather have a beautiful luminaire that is not so good at shining light than vice versa. The same applies to carpets. Of course, they need to be hard-wearing and capable of bearing the weight of people and things. Nevertheless, if in doubt, I would always opt for a beautiful type of flooring and not for a purely functional one. 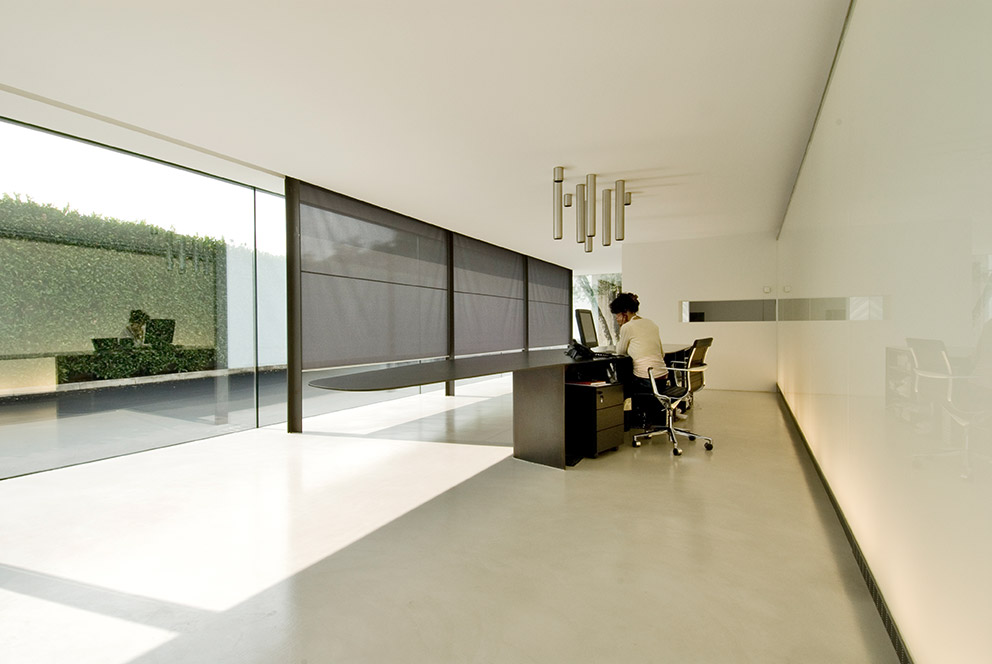 Minimalistic and elegant at the same time: the headquarter of Boffi, designed by Piero Lissoni. Photo © Lissoni Associati

You are very much a connoisseur of the Italian Renaissance and quite recently designed an exhibition, “Bernardo Luini e suoi figli”, for the Palazzo Reale in Milan. Is there an object that you would choose as a paramount example of especially good floor design?

Piero Lissoni: When I enter churches dating from the 14th, 15th, or 16th centuries, I encounter mosaics that are more accessible works of art than they are articles of everyday use – nevertheless, you can indeed walk on them. In the palaces, the same applies to wooden intarsia. Form and function are always equals, as it were. Nevertheless, one floor that impressed me particularly was actually not in Italy but in Japan. A number of years ago I was at the old imperial palace in Kyoto. The floor there is sonorous, it rings out when people walk on it, as if there were a giant instrument hidden underneath it. I asked a man there whether something had been installed incorrectly. He replied that everything was fine. He added, however, that in days gone past, there were often people out to kill the Emperor. In order to prevent this, the Emperor had this floor made. It meant that he was always aware when anybody approached him – be it for good reasons or for bad ones. Fantastic, no? 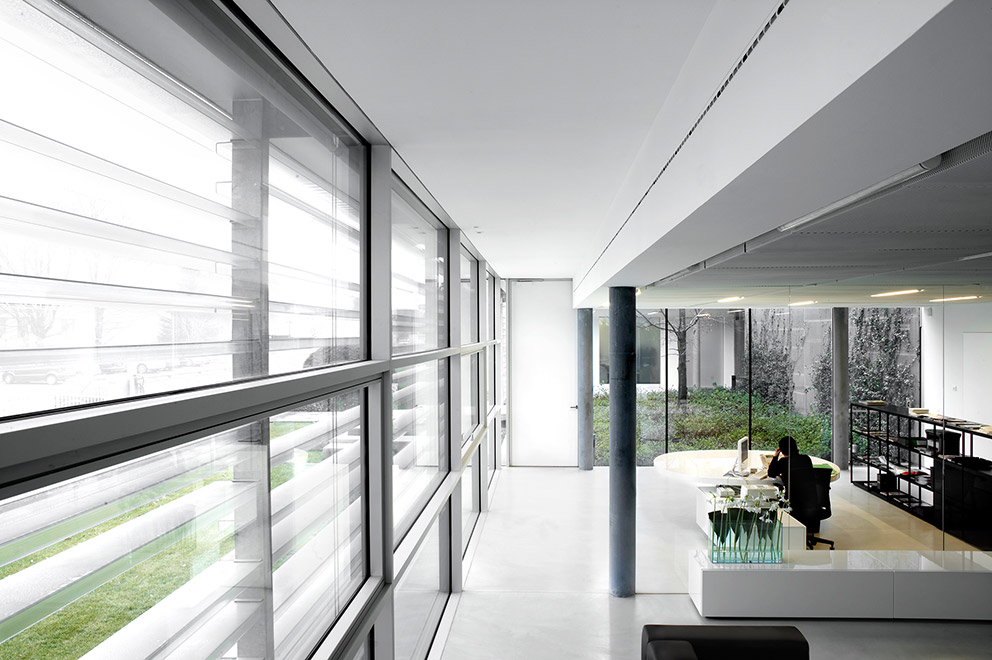 As a real Italian, Piero Lissoni plays with precious materials and light in his architecture. Photo © Tommaso Sartori

You once said that architecture is dangerous. So how dangerous is a floor?

Piero Lissoni: A floor is just as dangerous – but there is a difference. Flooring is placed on top of architecture. I might like it or I might not. And if I don’t like it I can always replace it. The reason why architecture is dangerous is because it stays put and cannot be reversed. And that’s why architects are dangerous, very dangerous indeed.

Rustic at the Arsenaal: Moduleo Impress design flooring by IVC Group received the Innovations@DOMOTEX label in 2015 and added a touch of luxury to the recently refurbished Stadshotel Woerden. 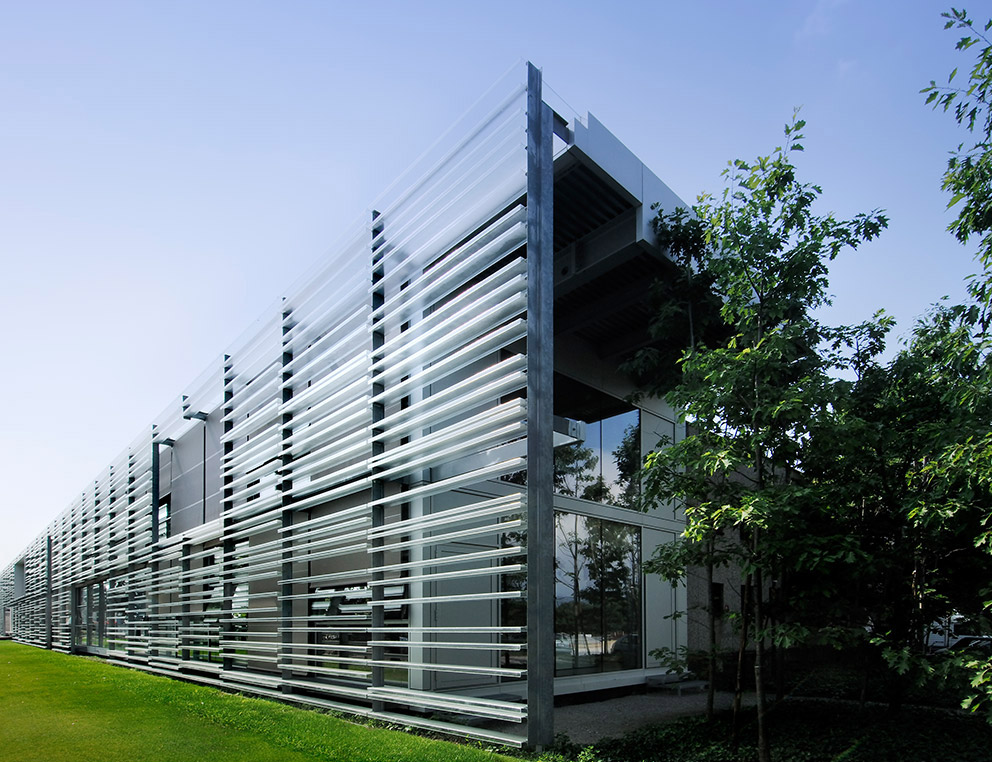 You can change the flooring, but not the architecture, says Piero Lissoni. In the image: headquarter of Living Divani. Photo © Lissoni Associati 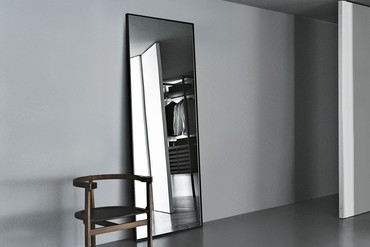 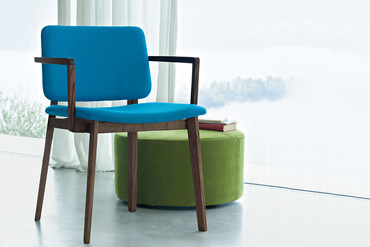 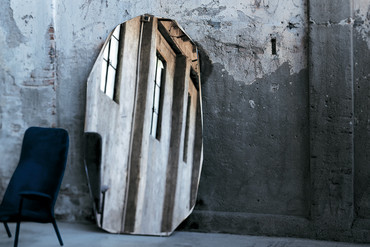 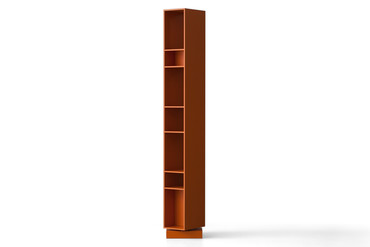 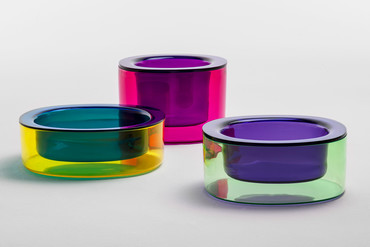 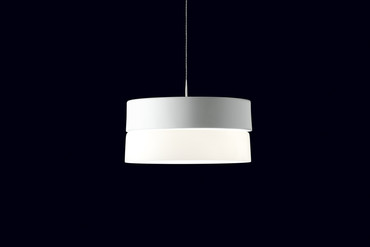 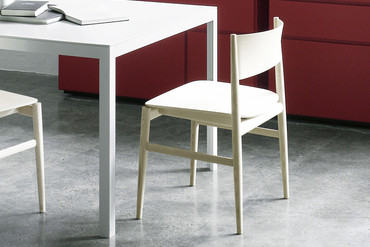 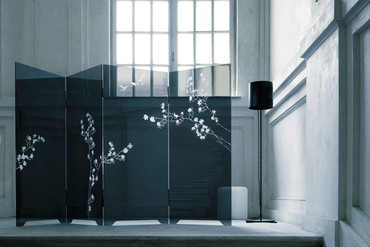 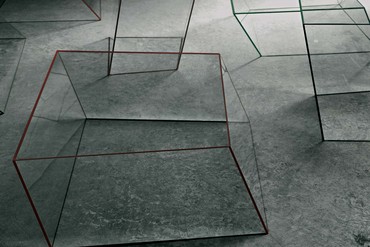 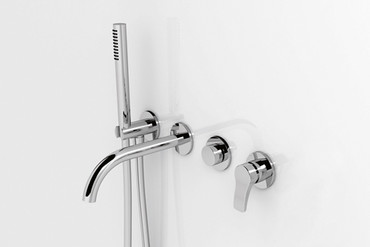 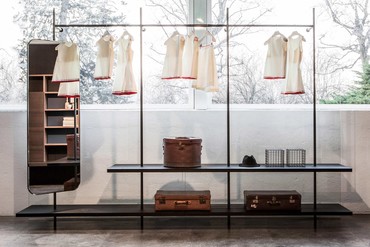 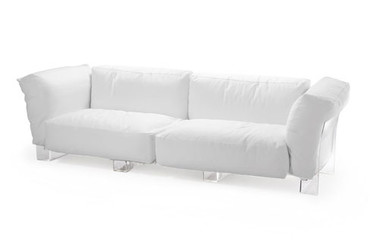 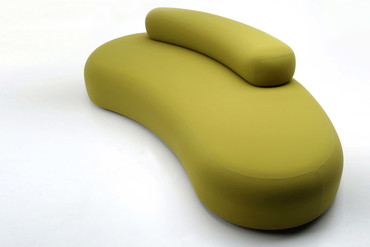 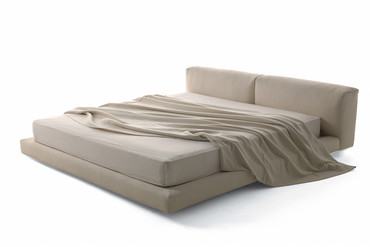 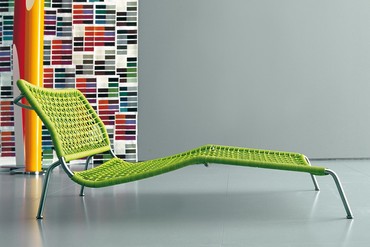