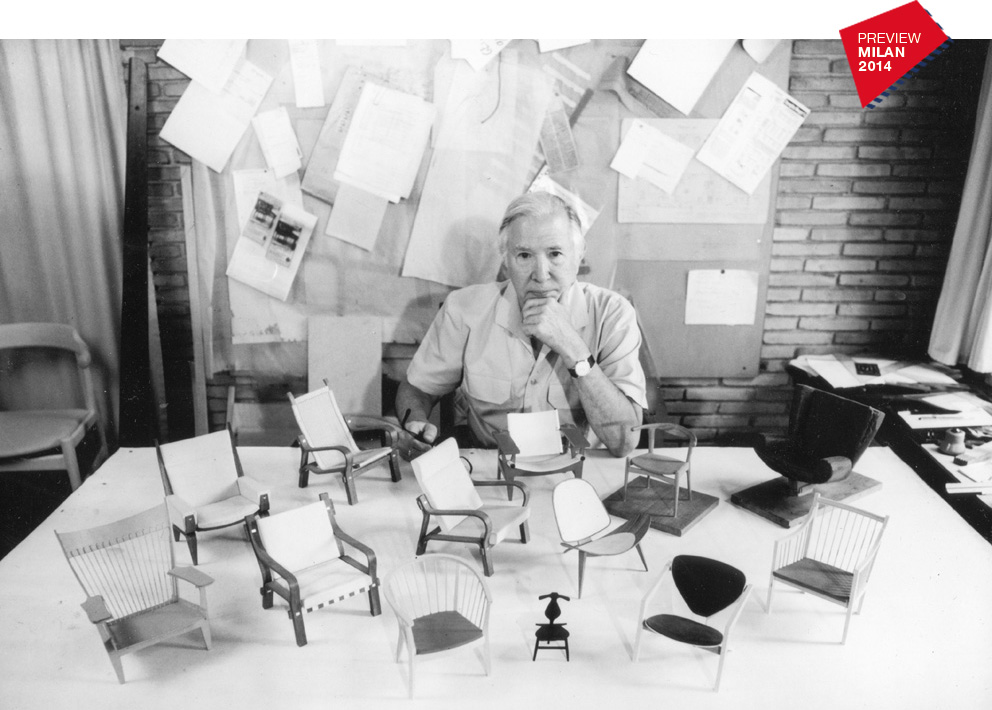 In his life the Danish architect and designer Hans Jørgensen Wegner created about 1000 models – and would have had his 100th birthday on 4 April 2014.

He was one of the defining figures of Nordic design and would have turned 100 on April 4: Hans J. Wegner. The cabinetmaker, architect and furniture designer is said to have created more than 500 chairs and armchairs. Some of them, such as the “Wishbone Chair”, the “Shell Chair”, the “Peacock Chair” or the “Oxchair” are considered classics of Scandinavian design. In 1964, several of Wegner’s pieces actually went on show in the “Industrial Design” section of Documenta III. Reason enough to celebrate the anniversary of his birth with new re-editions, variations and much more besides.

To kick off the celebrations appropriately, Danish furniture maker PP Møbler, who worked with the designer from an early date and has long been a champion of Wegner’s oeuvre, will be hosting an exhibition from April 8-13 at the Selvini Shop on Via C. Poerio 3 in Milan. The entire Wegner collection will be on display, alongside several new and – rumor has it – fantastic designs. The scope of Wegner’s work for PP Møbler ranges from “pp 19”, the massive “Teddy Bear” armchair of 1953 (the name was prompted by a review that said the chair embraced you “from behind like huge bear paws”, to “pp 56” and “pp 66”, the so-called “Chinese Chair”, the first version of which Wegner designed back in 1943.

For the jubilee year, PP Møbler is for the first time presenting the “Tub Chair”, which Wegner designed in 1954, in a for the time really daring set of experiments with shell shapes. The backrest thus consists of two differently bent laminated wood shells, whereby the one layer is only bent, the other also twists. We have advances in technology to thank for having now made series production of the complex “Tub Chair” possible.

PP Møbler’s Wegner collection is also rounded out by a new version of the “Peacock Chair” with its backrest of rods that flatten towards the middle, radiating outward in a manner reminiscent of a peacock’s fan – and with an edition of the “pp 501” limited to 100 copies and probably his best-known design per se. The light and elegant chair, which dates back to 1949, came to real fame when it was used in the legendary TV debate between John F. Kennedy and Richard Nixon in 1960.

And because Wegner always set great store by high-grade craftsmanship, the use of natural materials, organic shapes and precise detailing, and not just when it came to designing chairs, Carl Hansen & Søn, who also bring out a considerable number of Wegner furniture designs, are proudly presenting a series of oval dining tables he created, combining stainless steel and wood, and now seeing the light of day as “CH 334” through “CH 336”. (tw) 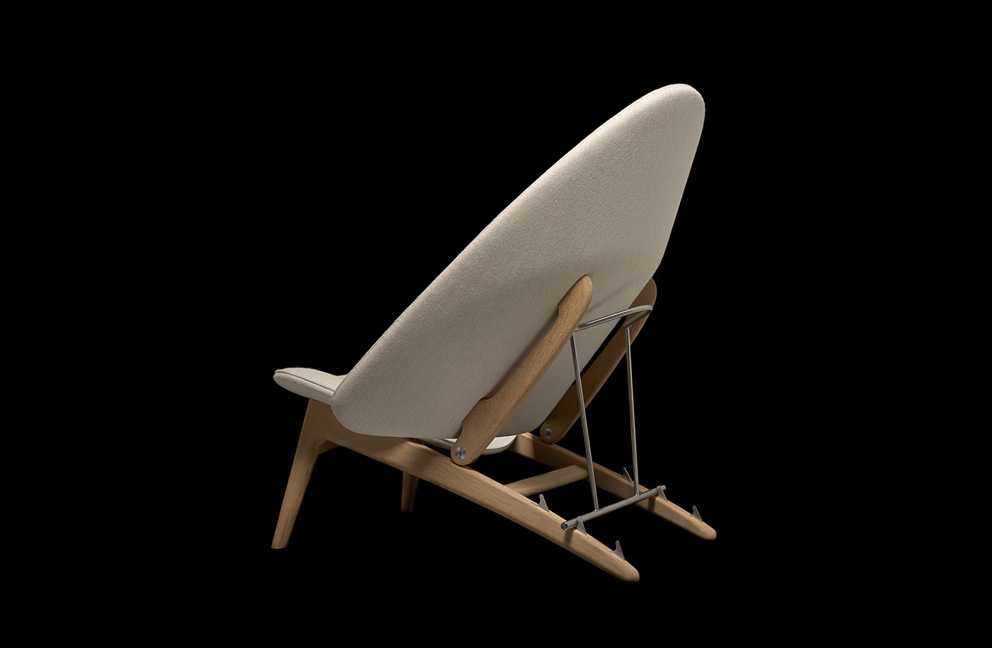 The “Tub chair“ was produced by Johannes Hansen in former days – and is now being re-editioned by PP Møbler alongside two other chairs. Photo © PP Møbler 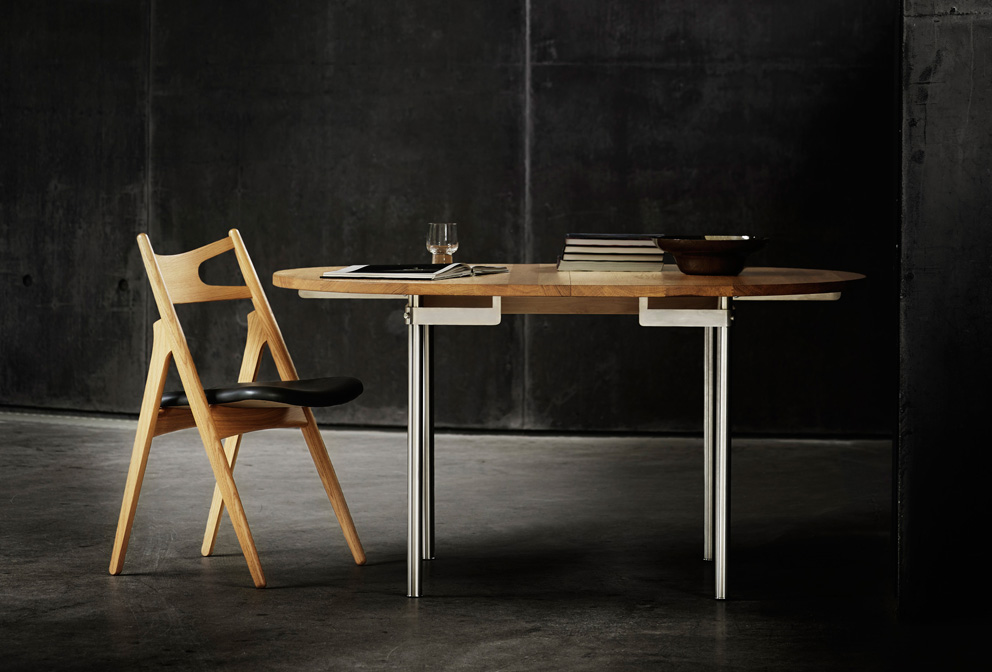 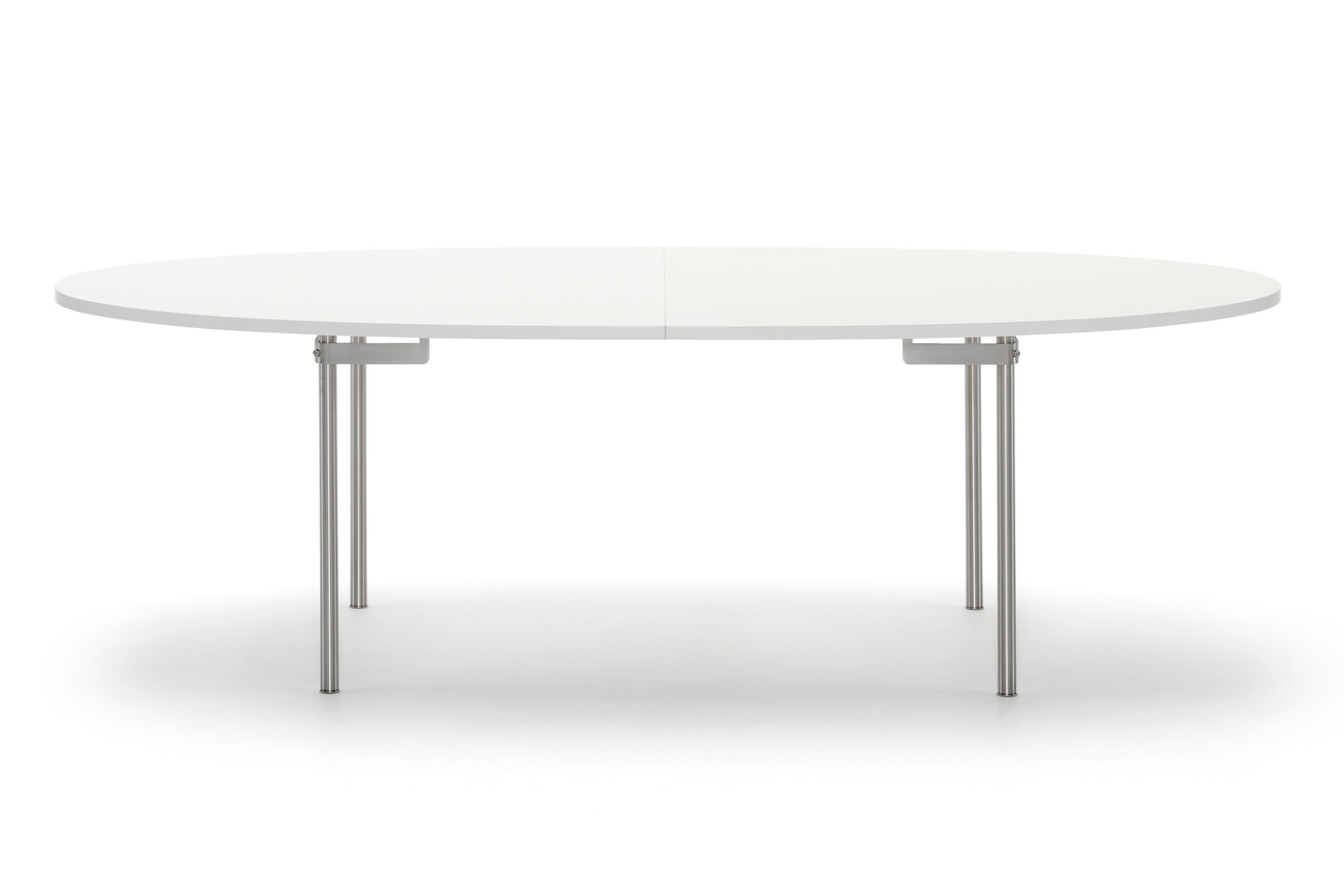 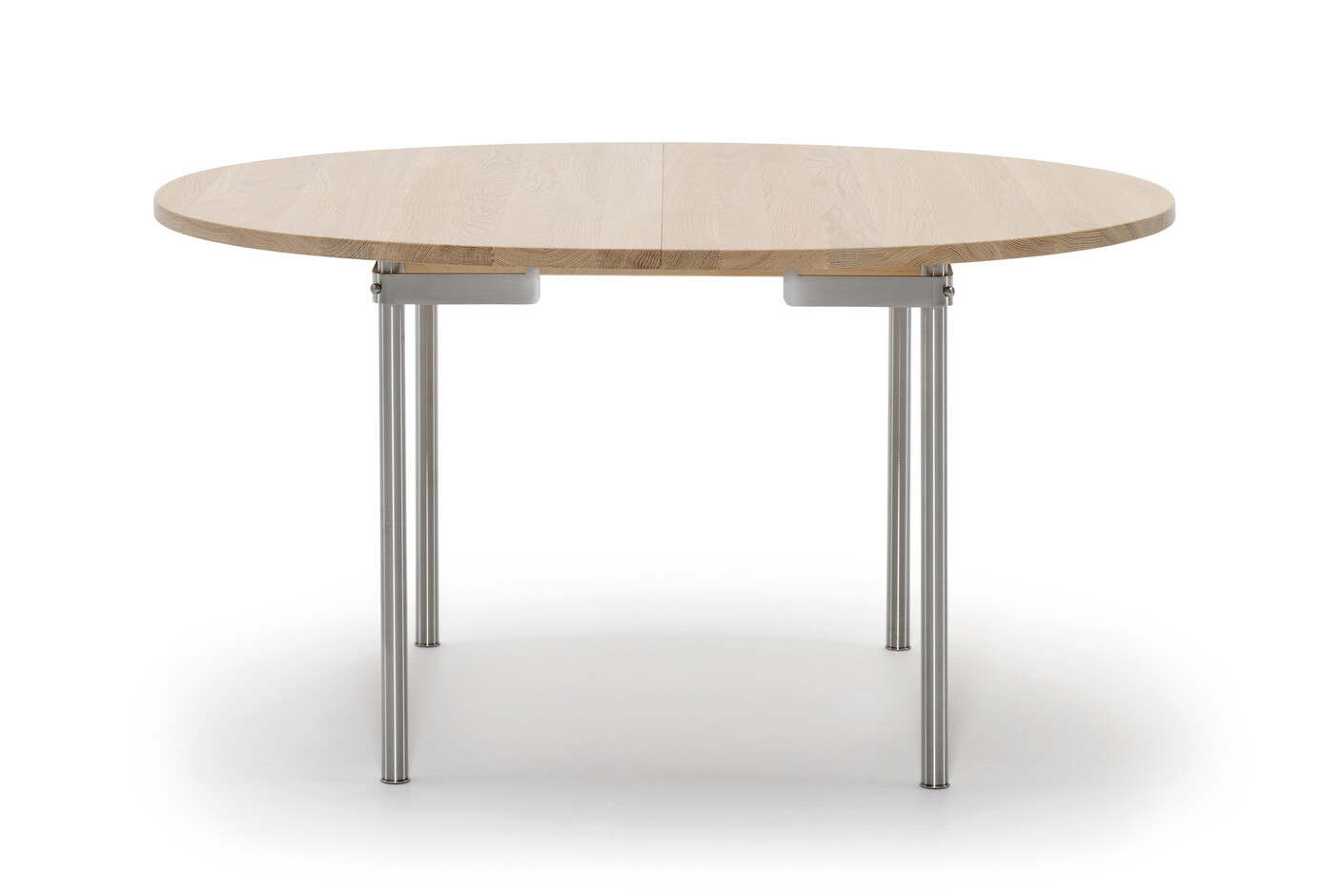