top
China and the Bauhaus as a cabinet of curiosities
by Erlhoff Michael | Dec 11, 2011 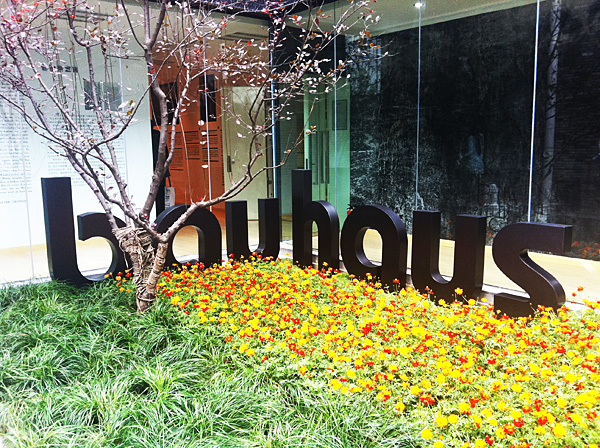 By now, the word has doubtless got around the world that China is exciting, rich and extremely dynamic – and, at the same time, boasts a culture that is some four and a half thousand years old. And we are all accordingly constantly impressed about this, as indeed we should be. But it is strange that many people who live in the above country (even or perhaps especially intellectuals) while being aware of this are really not confident about the fact, always preferring to admire the traditionally developed industrial countries and attempting to understand their attitudes, pictorial worlds and lines of thought.

Incidentally, here is a drastic example of the above: since Chinese script allows people to write (and to set typeface) not only from left to right and from top to bottom but also from right to left and, moreover, because in the Chinese language no grammatical devices exist for measuring time, people from the West (used to linear methods of writing and clear indications of tenses), feel utterly out of their depth, wondering: "However can I read this?" The answer to this question both totally surprises and amazes us: Chinese people always read between eight and ten lines simultaneously, working out the meaning of the text as they go – and making use of any indirect indications of the appropriate tense. Western poets once hoped that if their readers were only sufficiently active in the process of reading, then the result would be similar; in China it is the norm.

However, we could take things one step further: Chinese culture hinges on an associative kind of logic, a permanently networked, contextual form of perception. And, if I correctly understand the current Western discourses, this is, in fact, a substantive challenge to our approach to thought and action (particularly in the digital age). In fact, it can be read as a critique of linear logic. We can readily attempt to explain this to Chinese intellectuals, desperately suggesting to them over and over again please not to fall back to imitating Western logic. Yet it is all to no avail, they will imitate and are even at pains to do so. Certainly, there can be many reasons for this, one being the basic Chinese notion that imitation of the masters is ostensibly the most important objective of a student (something that applies to art, too). This is one reason why people there have great difficulties in understanding the problems that other cultures have with "intellectual copyright". Moreover, they can, for example, rip down any temple or other important building after a number of decades to erect a new one and the new building will be admired just as much as the old one. Yet again, it is plausible that the Cultural Revolution in the 1960s has destroyed so much cultural self-confidence that it is only gradually possible to build up any kind of cultural self-assurance once again.

So much in advance, in order to better understand what follows. For without the above it would be completely incomprehensible why – and here it comes – the China Academy of Art (CAA, established in 1928, China's oldest academy of art) in Hangzhou (probably the oldest town in China, located around 200 kilometers south of Shanghai, very wealthy, "only" 8 million inhabitants) recently bought a "Bauhaus" collection boasting more than 7,000 items from a Hamburg collector (to be precise, the son of Karl H. Bröhan) for the tidy sum of Euro 60 million, has constructed a special building for it on the Design Campus (about one hour from the city center in a green Asian landscape), and is now opening this to the public. The intermediary here is a Chinese designer who studied in Berlin. Another interesting fact is that a Korean institution also bid for the collection, but that Hangzhou won the day. Somehow, the whole thing is incredible and we feel tempted to ask ourselves: why transport this collection to this particular destination? This princely sum was paid out by Hangzhou's extremely wealthy municipal administration. And they are proud of it. Only Western observers are surprised.

OK, major museums of East Asian art do exist in European countries but establishing such museums tends to be explained by the idea of illustrating colonial power and voyages, and possibly of participating in the exotic. Accordingly such museums usually have ulterior motives as well as possibly offering suggestions in the context of such cultures for European ways of looking at things and for European art. However, this Bauhaus collection reflects more serious objectives. Obviously, the Chinese are hoping to learn from it. Not only and this would be readily understandable, in order to comprehend the historical reasons behind European design, but also in order to use it directly as a template and an example.

Incidentally this collection contains, among other things, a number of strange – and plausible – misunderstandings. First of all – simply because the collection was bought like this, as a job lot, and has been exhibited accordingly – it contains not only Bauhaus material but also objects (unfortunately some of them not originals) by Gerrit Rietveld, Josef Hoffmann and Peter Behrens and as well as by Olivetti and others. A more tragic aspect, however, is a number of mistakes in ascriptions of provenience and in terms of understanding. For example: at the exhibition, the lid of the teapot from the famous crockery set designed by Walter Gropius for Rosenthal is the wrong way around, meaning that its real purpose, to be held in place by the thumb when pouring out the tea, is entirely neglected and inverted. But worse than this, one glass case contains a number of kettles and bears the date "1932". It shows the kettle designed by Richard Sapper for Alessi. 1932 is not the date when the kettle was designed but the year of the designer's birth.

So much for the exhibition proper, that is both impressive and strange. Now for possible reasons why this collection might exist in Hangzhou: Chinese designers really do believe that they are currently at that stage somewhere between arts and crafts, on the one hand, and true design, on the other. This is understandable if we see those four and a half thousand years as something of a burden, with history constantly superimposing itself or threatening to superimpose itself on current-day design. For instance, it is perfectly plausible that after a visit, perhaps in connection with a lecture at a Chinese institution on advanced design, guests will almost always receive an item of traditional handicraft as a present. Because this is something that our hosts feel comfortable with. For outsiders, this is, without doubt, rather sad, partly because, beyond their own design reality, our Chinese hosts would rather associate themselves with "arts and crafts", thereby taking refuge in their own faded idylls.

Another problem to which the example set by this collection will supposedly provide a solution is connected with the internal structure of the major Chinese colleges of design. The reason: these colleges (principally the CAA in Hangzhou, the CAFA in Beijing, the Design Department at Tsinghua University in the same city and the GAFA in Guangzhou – known traditionally in the West as "Canton") are traditional academies of art and are headed by presidents who are artists or who like to think of themselves as such. In fact, the management of these academies is reasonably traditional (and here we should not forget that in China the market, even for recently produced painting using traditional methods is vast and very lucrative), whereas the Chinese government – and obviously a number of regional governments, as well – quite openly favor the study of design with economic development in mind. There really is an incredible imbalance here – particularly in view of the following figures: there are currently more than one million design students in China; 65,000 people apply, for example, every year, just to study design – and just at the CAA in Hangzhou. Around 1000 of these applicants are actually accepted. And there is a tacit feeling that this Bauhaus collection might solve the political complications and tentatively abolish this aesthetic status out of time. Because as we all know at the Bauhaus, artists, architects and other designers coexisted pretty much on equal terms and in active harmony. Accordingly, in China, Bauhaus can be construed as an example of the opportunity, indeed necessity of creating space at the universities to study design. To a certain extent there might also, incidentally, be a special reason for appropriating this collection, the fact that the current president of the Hangzhou Academy himself studied in Hamburg at HfbK, the Academy of Art. This might possibly explain the connection with the Hamburg-based collector, a connection that has now been translated into monetary terms.

Whatever the case: this collection is now in this particular location and obviously it was now necessary to somehow legitimize the investment and the situation. Accordingly, recently, in the framework of the great national Chinese congress on industrial design there was also a conference entitled "The Bauhaus and the Orient". The conference boasted around 30 speakers (all of them male) who stood up and discussed the connection between Chinese culture, Chinese design and the Bauhaus. Something that, it has to be admitted, only partly succeeded in sounding erudite. In most cases, the speakers remained abstract, listened to forced updates to the idea of the Bauhaus – or regurgitated the latter's history like some kind of kindly old storyteller. And so for the time being, all that remains is to hope that the Bauhaus will suddenly find itself in a position to better understand China's current problems in dealing with its own culture, with Western achievements and with design. But this will take time – something that nobody in China seems to have – in order to understand the reality of design, to translate this into studies and to implement it. 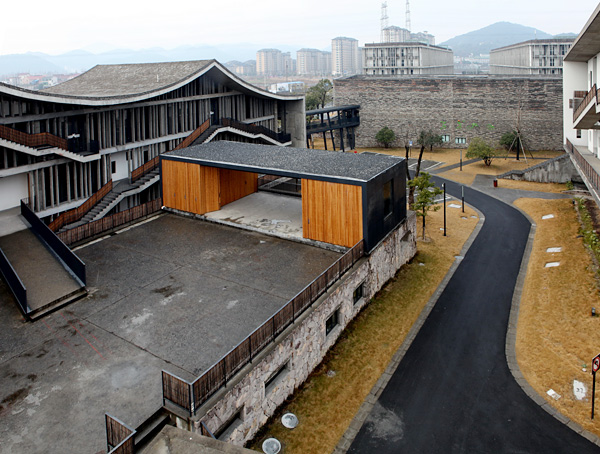 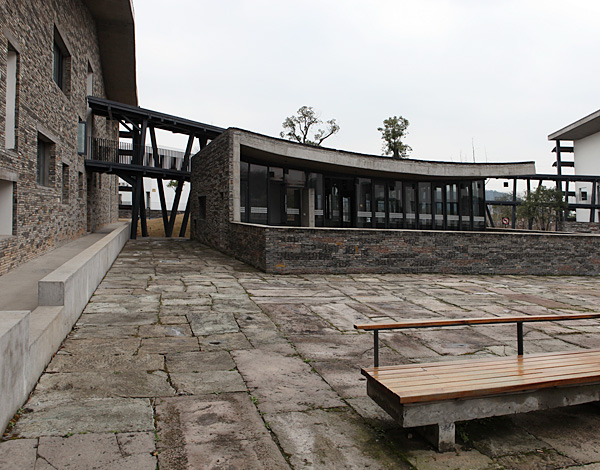 The investor behind the new Bauhaus museum is the town Hangzhou, photo © Michael Erlhoff 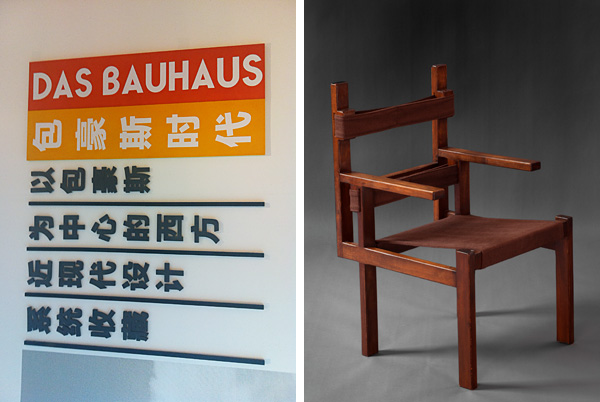 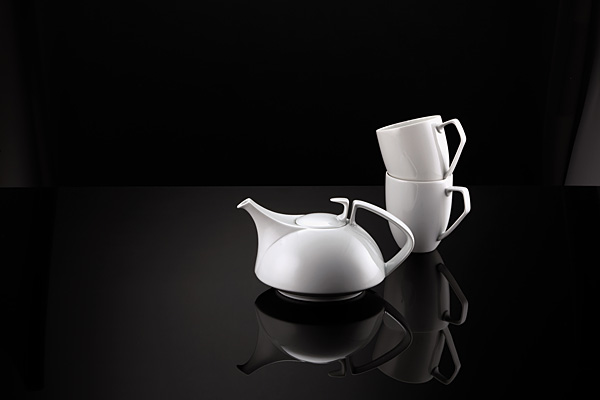