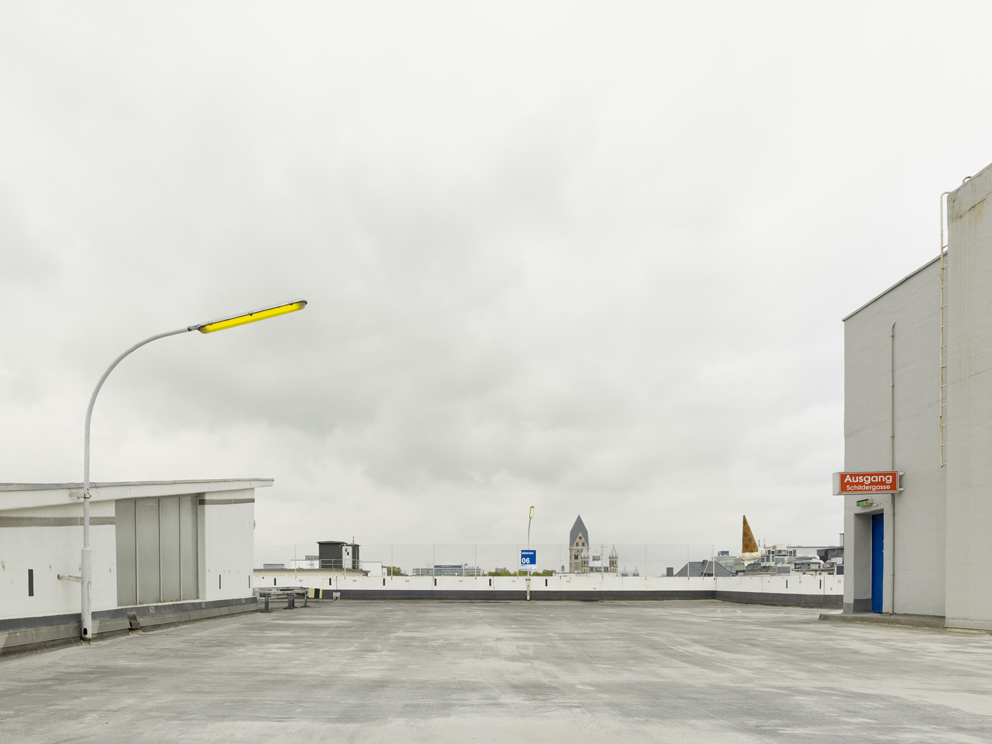 They were conceived by those planners who also gifted us with what is known as the “car-friendly city”: the innumerable carparks found in city centers throughout Germany, often erected on the outskirts of monotonous pedestrian zones. In many cases they are testimony to the car-crazy 1960s and 1970s. The vast majority of these functional buildings don’t really look as if they were designed at all, and often they were thoughtlessly rammed into historical town centers. Yet these non-places nevertheless exude a certain curious allure: In many films for example (most often in thrillers) empty park decks over the city roofs provide the backdrop for conspiratorial meetings and secret money handovers.

Cologne-based architectural photographer Constantin Meyer has recorded the rough charm of these purely functional car terraces in an extensive series of images. The exhibition “Parklandschaften” at Design Post in Cologne will now present these works to the public for the first time, starting on September 16.

They are impressive shots of large, bleak stretches of asphalt that stand in stark contrast with the density of the inner cities surrounding them. They form vantage points that provide surprising angles on the urban landscapes around them – yet no city guide would list them. The Cologne Cathedral for example towers up immediately next to the concrete railings of the park deck in a few of Meyer’s photographs. The contrast between the almost 800-year-old cathedral and the hideous post-War structure in these images evokes a multitude of associations, as Constantin Meyer’s images also capture the gradual decay of these inner-city car platforms. While the title “Parklandschaften” – park(ing) landscapes – might evoke bucolic sentiments, the reality of empty park decks with the paint peeling off their facades proves rather less idyllic. As many of Meyer’s photos show, or at least hint at: The days of these busily used yet little loved multi-story car parks seem numbered. Soon, most of these functional buildings, which are still an intrinsic part of (Western) German everyday culture, will be gone. If the era of the automobile really is coming to an end, we might one day look at the few remaining car parks with the same idealized Romantic gaze currently reserved for relics of the steam engine era. Constantin Meyer’s pay homage to them before that time may come. 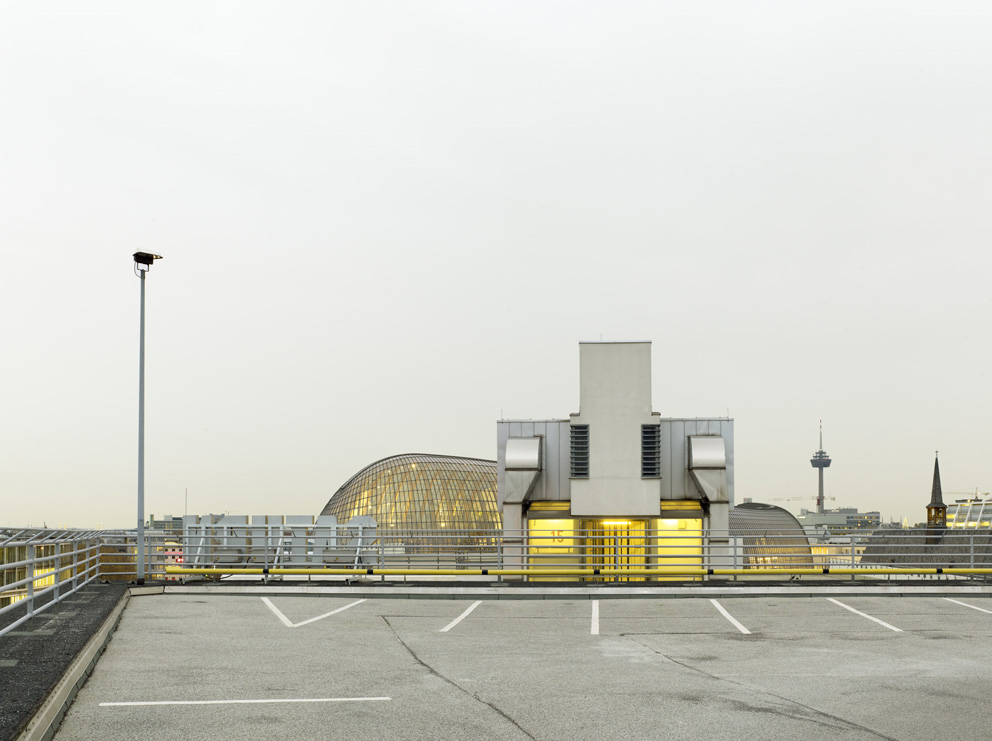 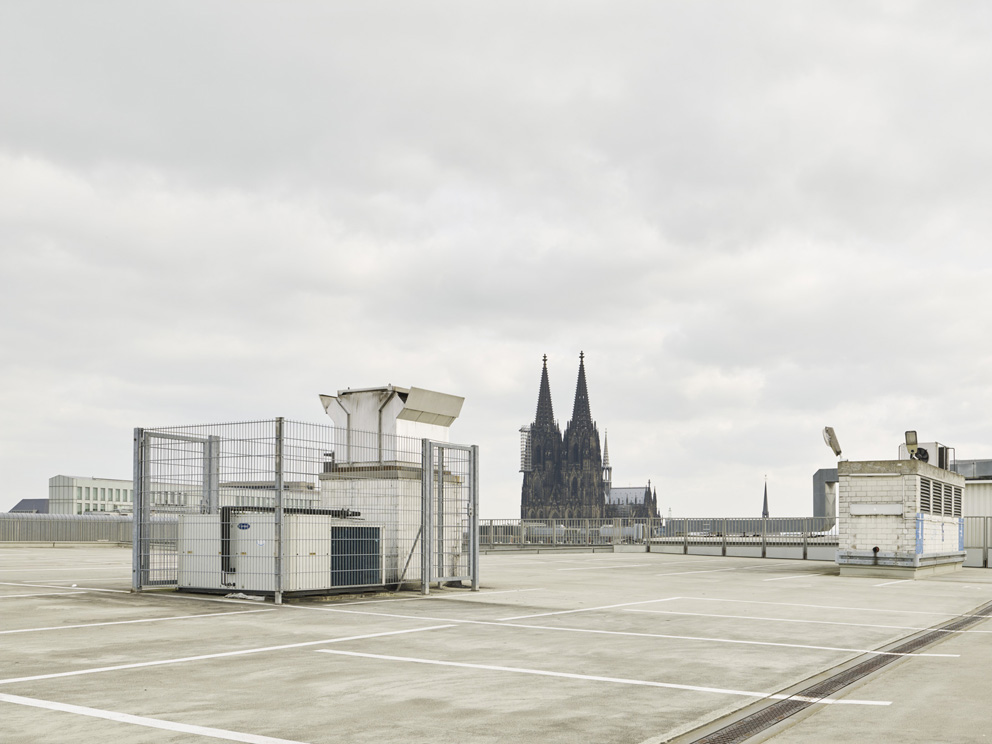 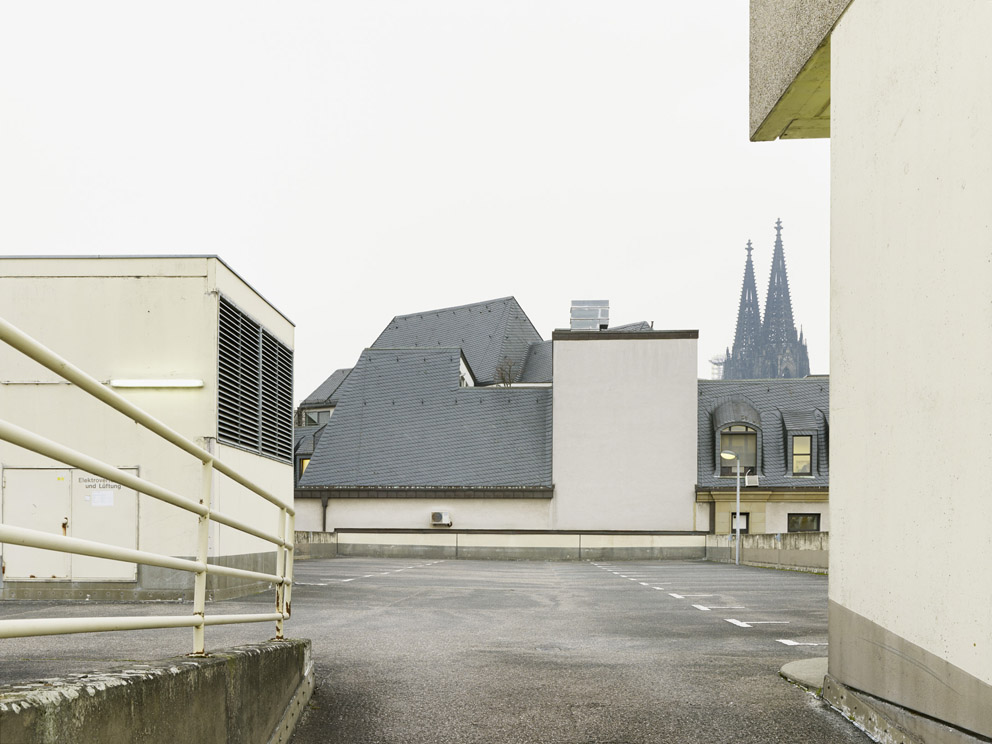 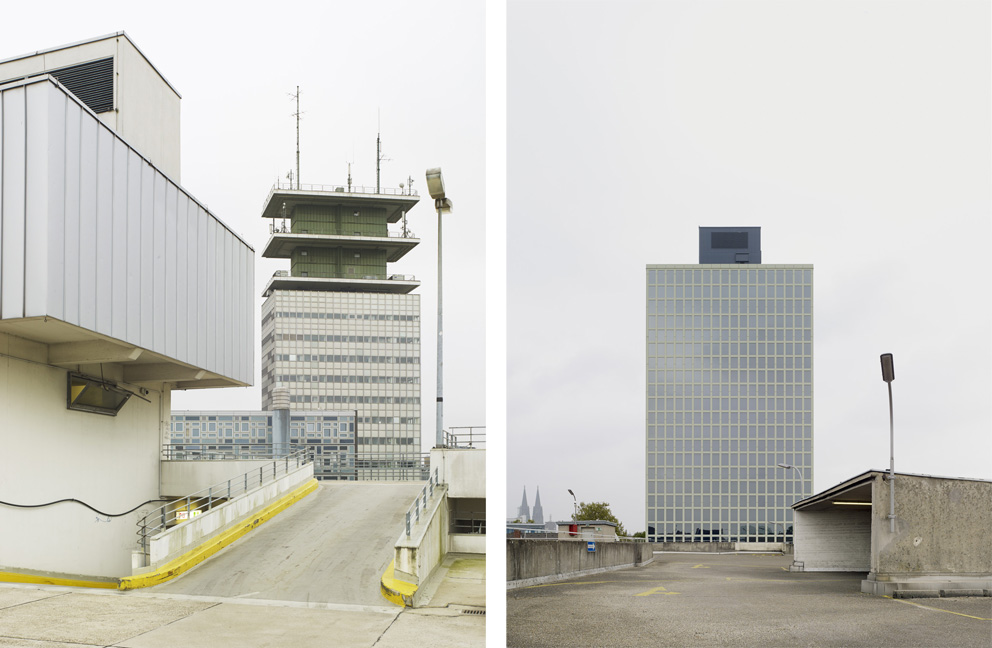 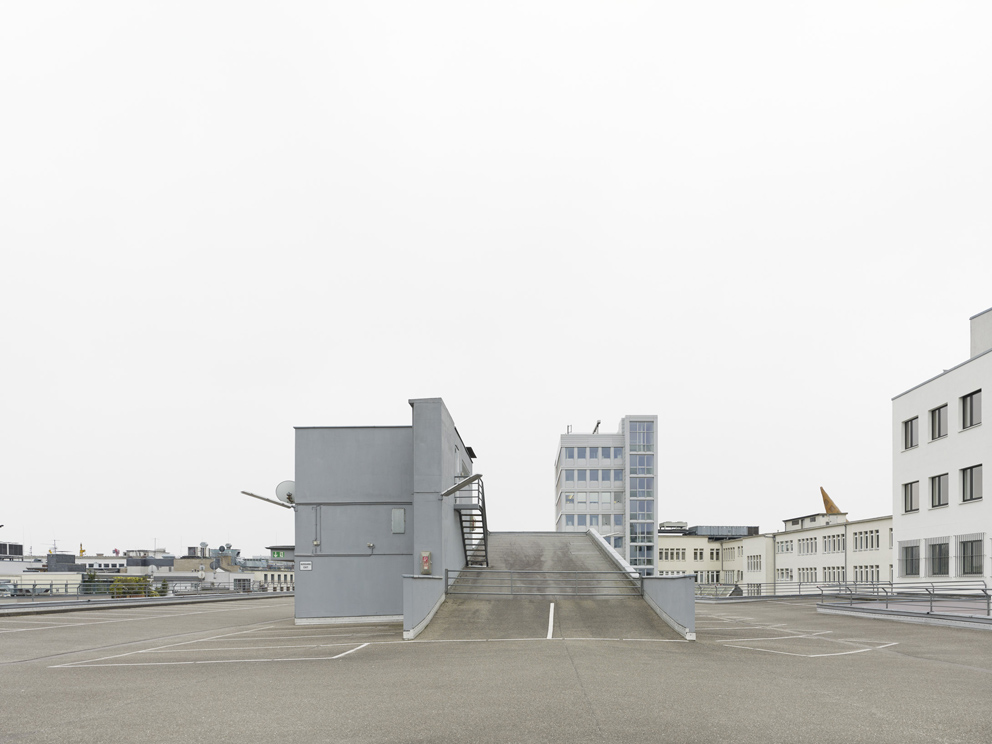