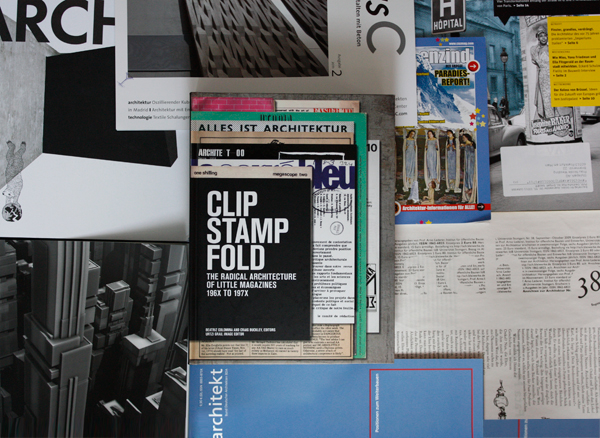 The book's title of "Clip Stamp Fold" whisks the reader away into the workspaces of the countless groups who in the 1960s and 1970s used scissors, glue and offset printing machines to produce their publications in very small editions – and most of the mags ran to only a few issues. The present volume focuses, as the subtitle "The Radical Architecture of Little Magazines" highlights, on those of the periodicals that were published at the time by architects, designers, artists and theorists seeking to break decisively with the predominant post-War mood and calling instead for a radical rejuvenation of the theory and practice of building.

Initially, the focus was mainly on issues relating to the shape of buildings and settlements, but the discussion swiftly moved on to a debate on the perception and needs of users and finally to concentrate on a critique of the role of architecture in societies that were capitalist in structure. Many of these "little magazines" were part and parcel of the student movement in the late 1960s or first became possible thanks to the latter. A little later the protagonists already started playing an active part in a renewed theory and practice, bringing to bear the experiences, demands and utopias of the years both sides of 1970, albeit necessarily without the radical thrust of the early years. None of the "little magazines" survived in its original form later than 1975.

A group of lecturers and students at the Princeton University School of Architecture spent years collecting and cataloging these "little magazines" – and a hard task it was finding them all. They also conducted countless interviews with the respective persons who published them, and organized several exhibitions and conferences on the subject. The 671 pages of "Clip Stamp Fold" are the result of this research effort. The book is subtitled "The Radical Architecture of Little Magazines" and refers not only to the content of the publications presented but also indicates that in their totality these magazines can be construed as an interdependent structure that has its very own "architecture".

Even when simply leafing through the voluminous book, although it is pleasantly easy to handle, you find yourself teleported back into the now very remote world of these magazines produced and reproduced with the simplest of means back in the pre-computer age, with their highly imaginative covers and layouts.

The book features a facsimile of one complete edition of 11 highly different magazines dating from between 1965 and 1975. And this swiftly gives you an idea of the amazing heterogeneity of the themes addressed back then: on the one hand you have the negation of the city and technology (tear down metropolises, back to the countryside, building with clay and wood), on the other the celebration of high-tech architecture right through to space stations. The one camp seeks to define architectural form in a radical break with the past while the other rediscovered then forgotten architects such as Adolf Loos, Ludwig Wittgenstein, Rudolph Michael Schindler or traditional typologies such as edifices designed to frame courtyards. The one lot tried out collective forms of living while the other supported inhabitants in districts threatened with demolition in a battle against property speculators and municipal administrators.

Between these facsimiles of the "little magazines" – they're printed on grey – little issues printed in red on white paper in a highly modern idiom catch the eye. They contain texts of interviews that the authors of "Clip Stamp Fold" made with various of the editors of the "little magazines" – the interviewees include, among countless others, Hans Hollein, Peter Cook, Stefano Boeri, Rafael Moneo, and Peter Eisenman – we may all know these names today, but back then they were as good as unknown. It swiftly becomes clear just important the editorial activity back then was for their professional development. It implied countless contacts to other positions, interaction and critique, and it forced people to clarify what they themselves stood for. A whole series of these interviews catapult the reader straight into the middle of the agitated atmosphere of the 1960s; very few back then look back at things through pink-tinted spectacles. That some of the interviewees were publishers of established media and not of "little magazines" is not a drawback as in this way it swiftly becomes clear that the lines dividing the different forums quickly became permeable, as the issues discussed by the "little" magazines were so compelling that they were rapidly taken up by their "big" mass-market siblings.

A third section of "Clip Stamp Fold", and the typography sets it off clearly as a section in its own right, constitutes a catalog of 125 "little magazines" all described briefly using the same template: conditions under which it was made, editors, objectives and main topics, appearance, relationship to other publications, publication dates. There's an outline of the many and varied transformations that almost all of these magazines underwent. With entries reminiscent of an encyclopedia, detailed proof is provided here for what the other sections of the book visualize by way of individual example: The immense variety, the diversity of the objectives, shapes and content of these "little magazines", which for all their heterogeneity and contradictoriness nevertheless played a decisive part in changing our notions of architecture.

A fourth section, again with its very own layout, then contains minutes of a series of conferences held in London, New York, Milan and other places and organized between 2005 and 2010 by the authors of the present volume. Not a few of the now grey-haired editors of the "little magazine" seized the opportunity to debate with one another on the function of their former publishing activities. In one of the conference papers Stefano Boeri persuasively suggested that what the "little magazines" had in common may not be easy to discern but is in fact their excessive radical thrust in thinking about the social function of architecture, without heeding whether that knowledge could then be used in everyday practice. In this interpretation their decisive achievements was thus the discussion they kindled, the debates that ensued within the individual groups of editors, and between the publications. This gave rise to insights, he concludes, that go far beyond the bounds of the actual content of the individual magazines.

The four main sections of "Clip Stamp Fold", supplemented by a comprehensive analysis in the foreword and an index, interact and in this way specifically created a vibrant picture of that effervescent phase between about 1965 and 1975. It would not go far enough to simply consider this book a successful account of an historical epoch. This volume places us slap bang in the middle of the interaction between countless smaller groups who thought excessively, radically and in an uncompromising way about their subject matter, garnered experiences and developed new ideas. We witness a seemingly inexorably tangled and contradictory process that finally brought forth things that were productive, new, and became socially recognized. "Clip Stamp Fold" encourages us to be daring again in intellectual and design terms, to be open to debate and toe exchanging opinions, irrespective of the medium we work in. 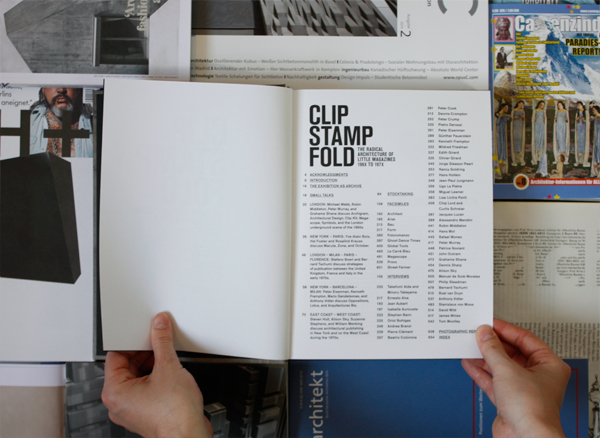 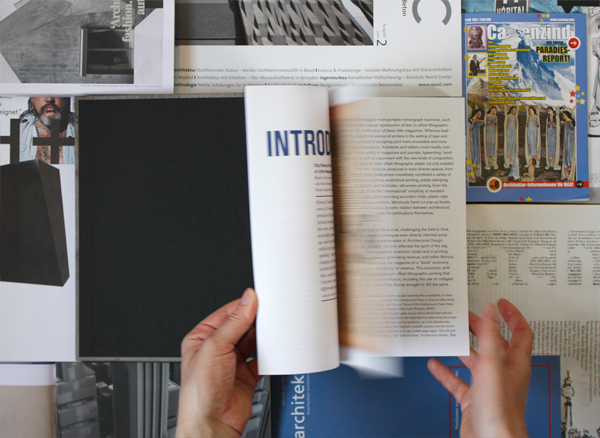 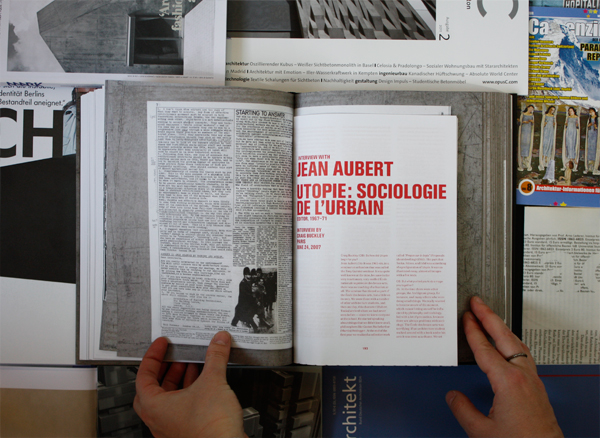 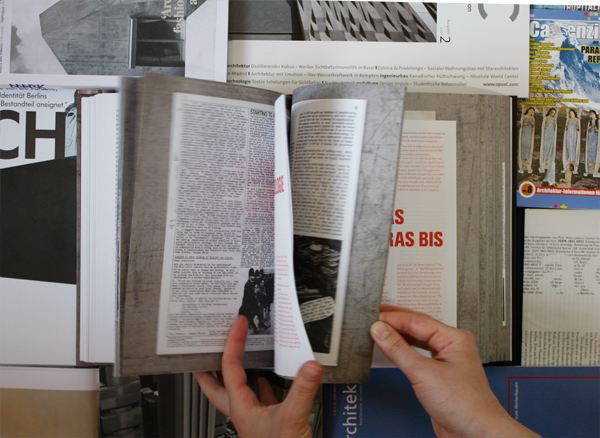 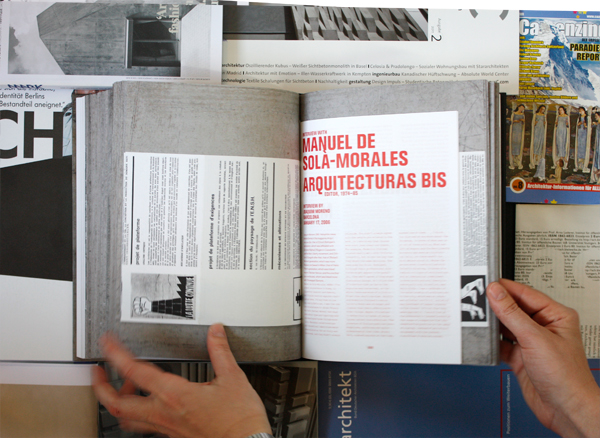 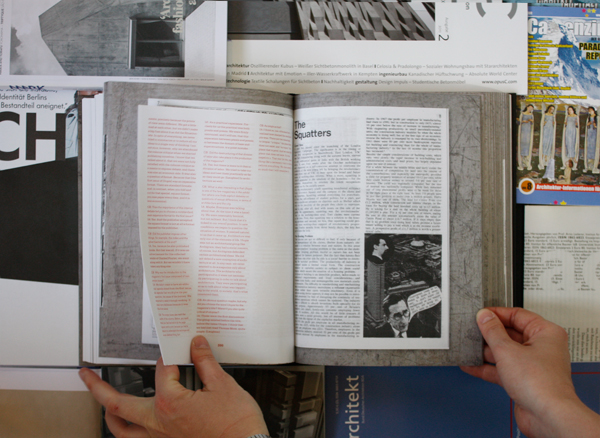 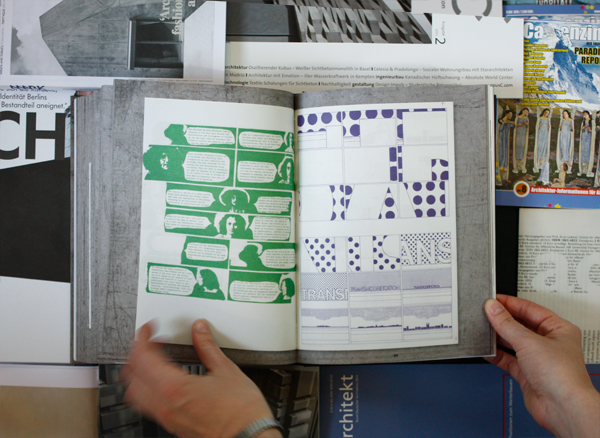 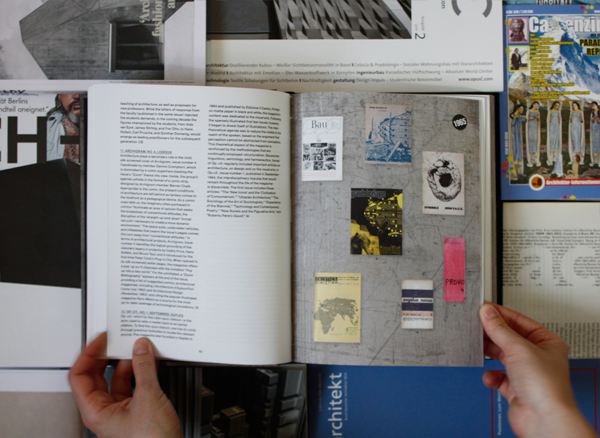 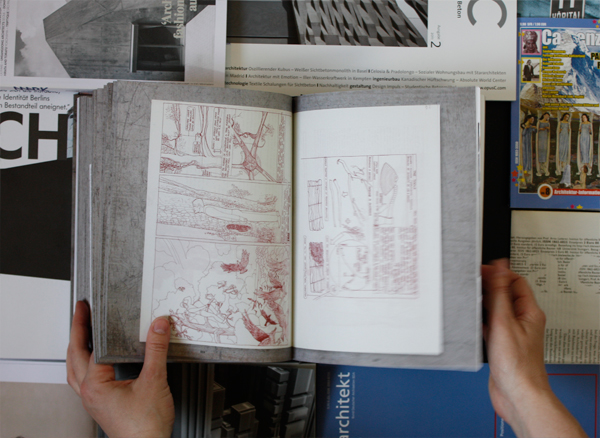 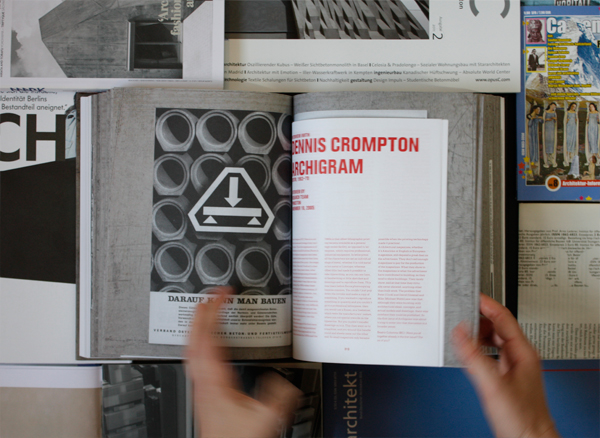 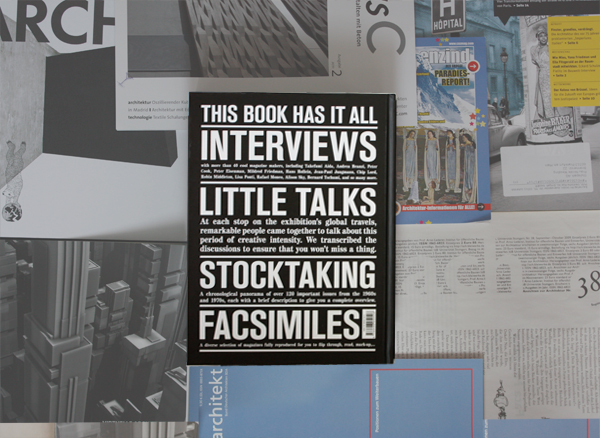