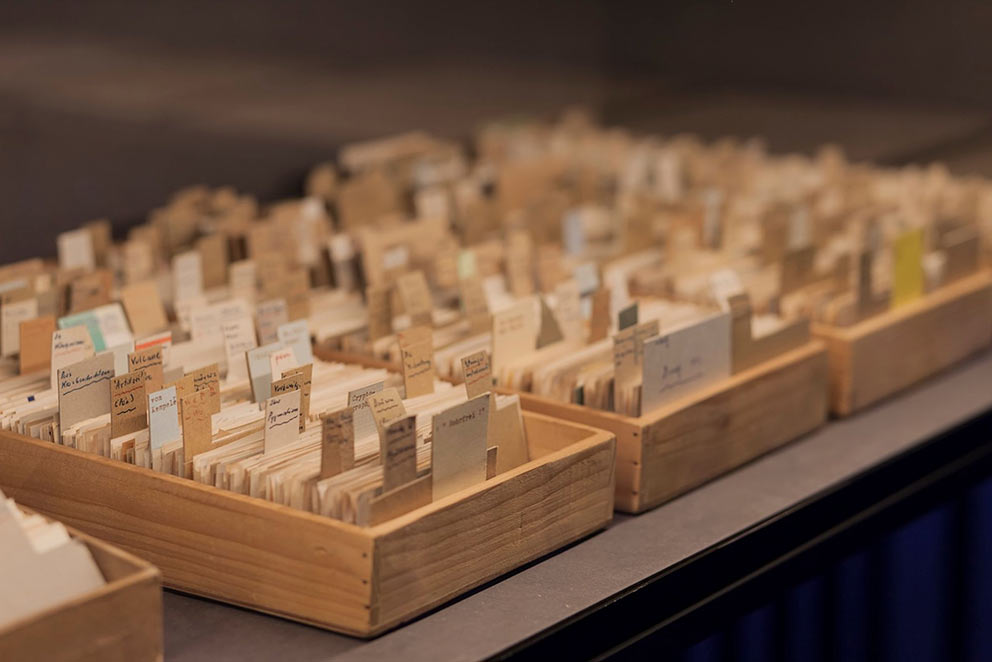 Arno Schmidt’s short novel “Brand’s Haide” came out back in 1951 and consists of three parts, each with its own title. It starts with “Blakenhof or the Survivors”, followed by “Lore or the Playful Light”, and closes with “Krumau or Do you want to see me again”. The story is set in 1946. A man, NCO Schmidt, comes back from the War after being released from a British POW camp –– and finds lodgings in the (fictitious) village of Blakenhof in the wide heaths of Lüneburg; there he shares a hut with two women. He falls in love with one of the two, Lore. However, at the end she elects not to marry Schmidt, the destitute dedicated to preparing an extensive biography of Friedrich de la Motte Fouqué, whom he so reveres, and instead chooses a rich Mexican. Schmidt is left solo. – This is of course the very short version of what in the case of A.S. is a matter of effusive language.

One evening, “Lore is dancing!”, Schmidt sits silently copying letters and fragments of letters General Fouqué wrote to his brother, “a mon très cher frère, Henry Charles Frederic Baron de St. Surin in Celle”, Grete is helping him pack the rapidly decomposing pages in cellophane. He then decides not to stay with her as Grete has “to stay up anyway until Lore gets home” – “she wants to be alone now and again, wash, or whatever”. “Back in the blue room” he guzzles the “spring water squeezed from stone cold depths”, until “he had filled his belly to bursting at the pump” and then writes on “coarse moon paper”: “Poet: Does the people applaud you, and if so then ask yourself: “What did I do wrong?! If your second book likewise is thus greeted, then throw away your pen: Great you will then never be. Because the people only knows art as a piece of artificial, as in artificial manure or ersatz honey...“ (Inconceivable today, when all that counts is the applause.) Only to go on: “Hoho!: Voices, footsteps, swift laughter. I stood tall in the window and watched: The dancers coming home: 3 girls, 2 guys; smooching, horsing around, clapping each other on the back by way of farewell (and Lore always in the thick of things, with the posture and vocabulary of a fallen angel). Samba, Samba: even from a distance one of them continued to sing in a nasal voice, sweetly with a swing of the hips and to a Bop beat: As I meant / said the Sphinx / spin her round / it’s all a jinx /: Oh Deutschland, my Vaterland!” – Whether that would still help things today?

That is just one example of many “Arno Schmidt. An exhibition with 100 stages” (where you can also hear the above popular song by Evelyn Künneke) and any amount of marvelously stimulating or touching quotations, complete with Schmidt’s beloved index-card boxes, manuscripts and books, not to mention his leather jacket, a teddy, a small ship carved from bark, and preserves from the cellar. You find yourself hurrying from one to the next, immersing yourself in this cosmos of “the most innovative and provocative post-War author, whose sheer range of language was overwhelming”. A man who was of course full of contradictions, which is why the individual stages of the exhibition are arranged in sets of contrasting pairs – Classical Antiquity and the Future, Tradition and the Avant-Garde, Prize-Winner and Persecuted , Healthy and Infirm, Right and Left. Which brings us straight back to the Sphinx and her recommendation that it’s all a matter of the spin and the jinxes...

You can of course also simply browse through Schmidt’s most important works, select words from a virtual index-card box – whereupon the matching Schmidt sentences pop up – or gaze amazed at some of his index-card boxes with all the tiny notes in them. But you’ll need to hurry, in the run-up to Christmas, while the geese are getting fat, you’ll be pressed to find the time and sadly Arno Schmidt’s cornucopia, complete with Sphinx and teddy, will not be pouring forth its wealth of language and ideas much longer. That said... (tw) 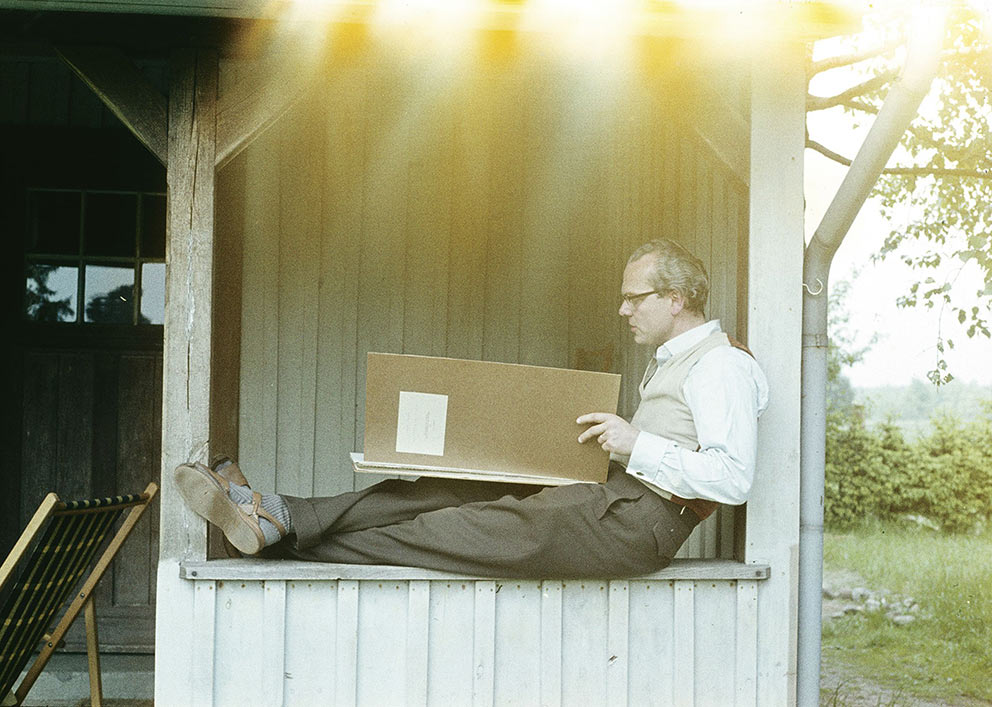