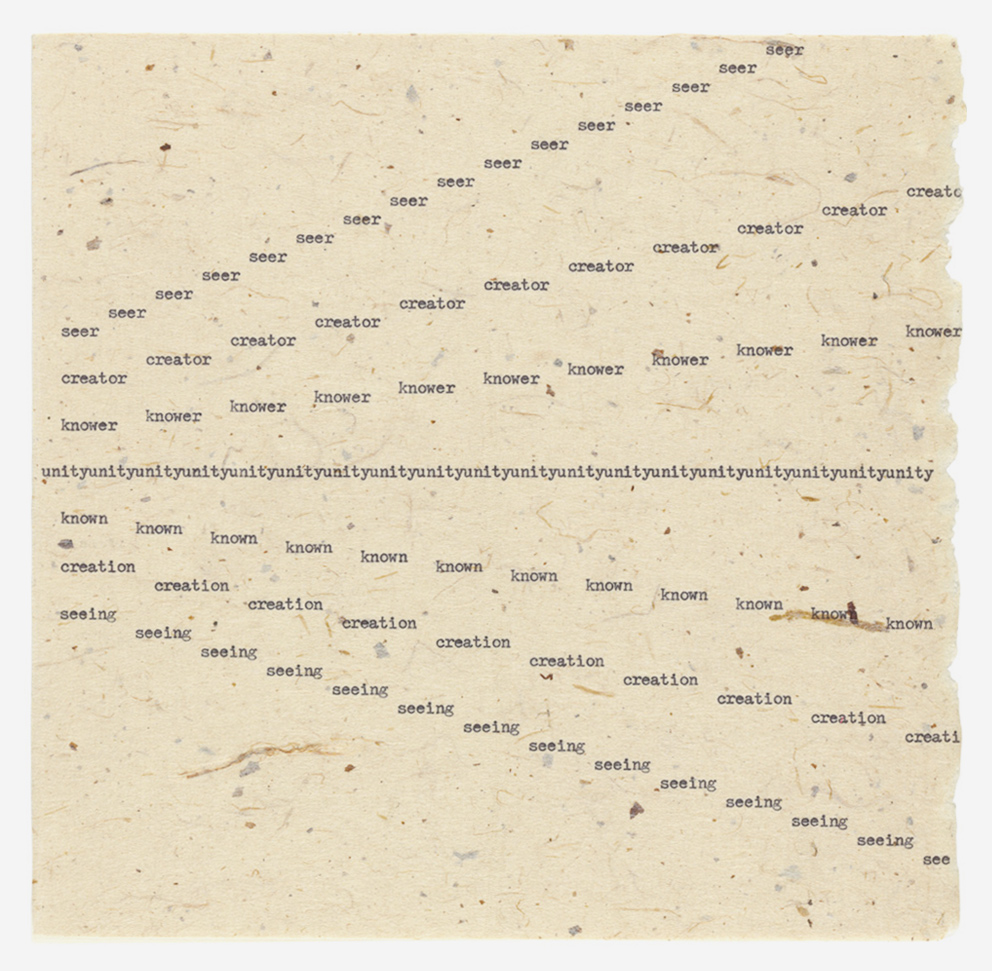 Molly Burgess Zen: Unity, around 1975, ink on rice paper. With kind approval by the Sackner Archive of Concrete and Visual Poetry. © the artist and their successors

It was only two years ago, shortly after Edward Snowden blew the whistle, that here and there in Berlin mechanical typewriters started popping up again. Even “digital natives” were suddenly to be heard praising this analog technology, which was of course not hooked up to any servers. I myself never really liked writing with a typewriter. Probably because I never really learned it properly, meaning I made too many mistakes, and because words, sentences or even entire sections of text cannot be simply moved around and reinserted somewhere else at will the way you can using a PC or Apple. Now and again, however, I do find myself missing the liberty to simply have fun with the keys hitting the page, placing them wherever I wanted, even over or next to one another, images and meanings arising out of nowhere along the way. With software you need complicated operations to do this, assuming you even succeed, but with a typewriter carriage it is essentially as easy as pie. Not that the typewriter pardons your mistakes.

Ever since Friedrich Kittler and Friedrich Nietzsche (one of the very first to own a typewriter), we have known that “our writing tools work to help formulate our thoughts.” This is demonstrated impressively as regards artists, who have dedicated their hand quite literally to typewriting, in “The Art of Typewriting”, authored by Marvin and Ruth Sackner. The two are passionate collectors of “Typewriter Art” and the Sackner Archive of Concrete and Visual Poetry they founded back in 1979 is now considered world-wide as the largest of its kind. The couple has selected around 600 examples (NB: from tens of thousands) of Concrete and Visual Poetry for this marvelous volume – from the early days of a more decorative typewriter art via Dadaist sound poems and the Concrete poetry of the 1960s through to contemporary pieces that not rarely serve to emphasize the unique nature of the typed page in the digital age.

While some may debate the choice of different chapters, no one will deny that the sheer wealth of ideas, images and versions is truly amazing: There are images constructed from letters or numbers, images made using punctuation marks or by typing over characters already impressed on the page. Sometimes words are staggered by overlap into each other, sometimes their position is left to chance. Other times the typed characters form regular patterns, sometimes they simply meander across the page. Yet again there are some that form labyrinths, or are organized in such a way that they give rise to the shapes of animals, landscapes, buildings, or objects.

Another factor very much worthy of mention is how words, signs and meanings change if at some point they learn to move freely and head for shores where they can live as images. Prime examples being how Gerhard Rühm turns countless instances of the word “vereinigen” (unite) into one large “V”, at the tip of which the words do indeed unite; or Geof Huth who has the word “rain” rain down across the page; or Emmett Williams who conjures up a visual letter poem from a lower-case “a”. It is simply astonishing to see what a typewriter can actually do. And anyone wanting to learn more about the Sackner Archive, the history of decorative and artistic typewriting, and about Concrete and Visual Poetry need only simply do one thing: read the exhaustive essay the two collectors have written – and of course likewise illustrated without countless examples.

The book as a whole is a pleasure to the senses and certainly does your gray matter good: Because anyone who types in this way simply liberates their minds, and throws the one or other convention over board – along with the horizontal lines that we usually obey without thinking twice. “Anyone wanting poetry should also want to own a typewriter,” Arno Schmidt once quipped in “Zettels Traum”, tapping the sentence out on a typewriter of course. And he went on to add: “‹Intuition› is something that needs to be overcome.” Acting in type… 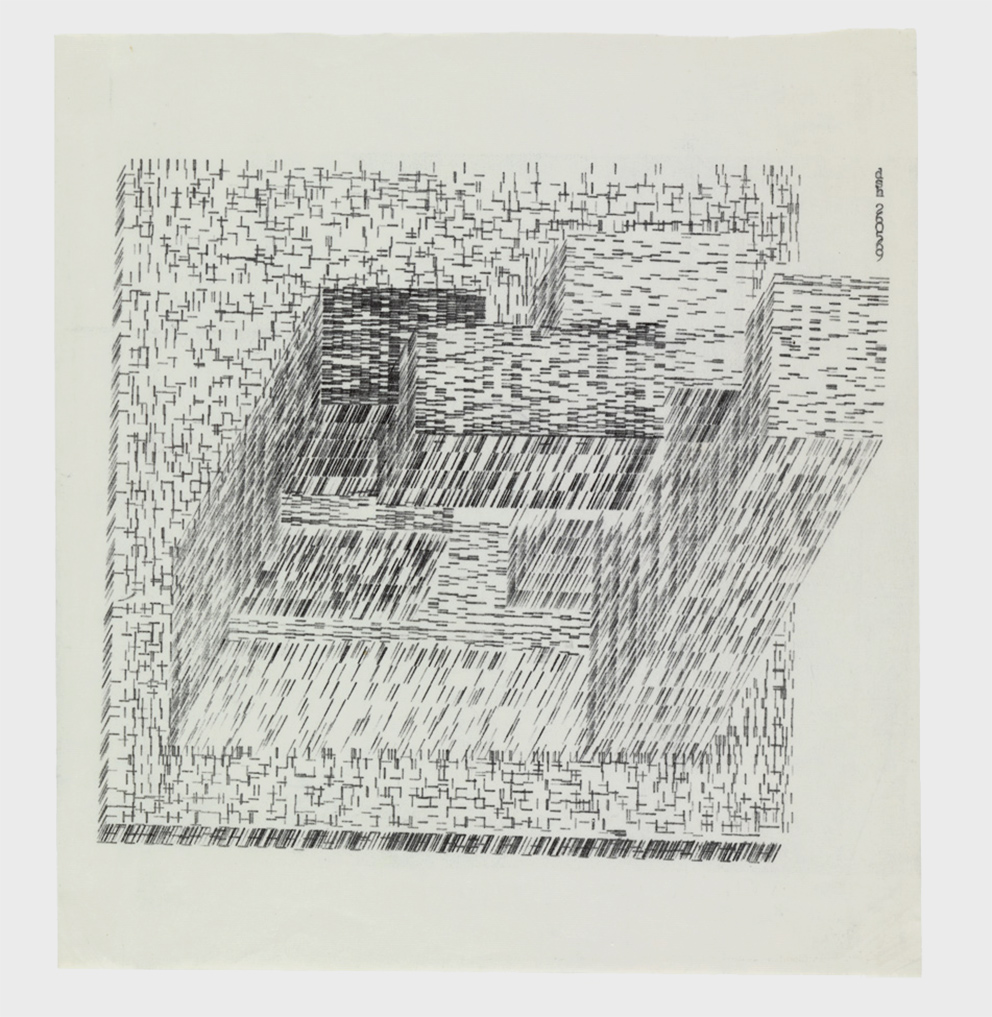 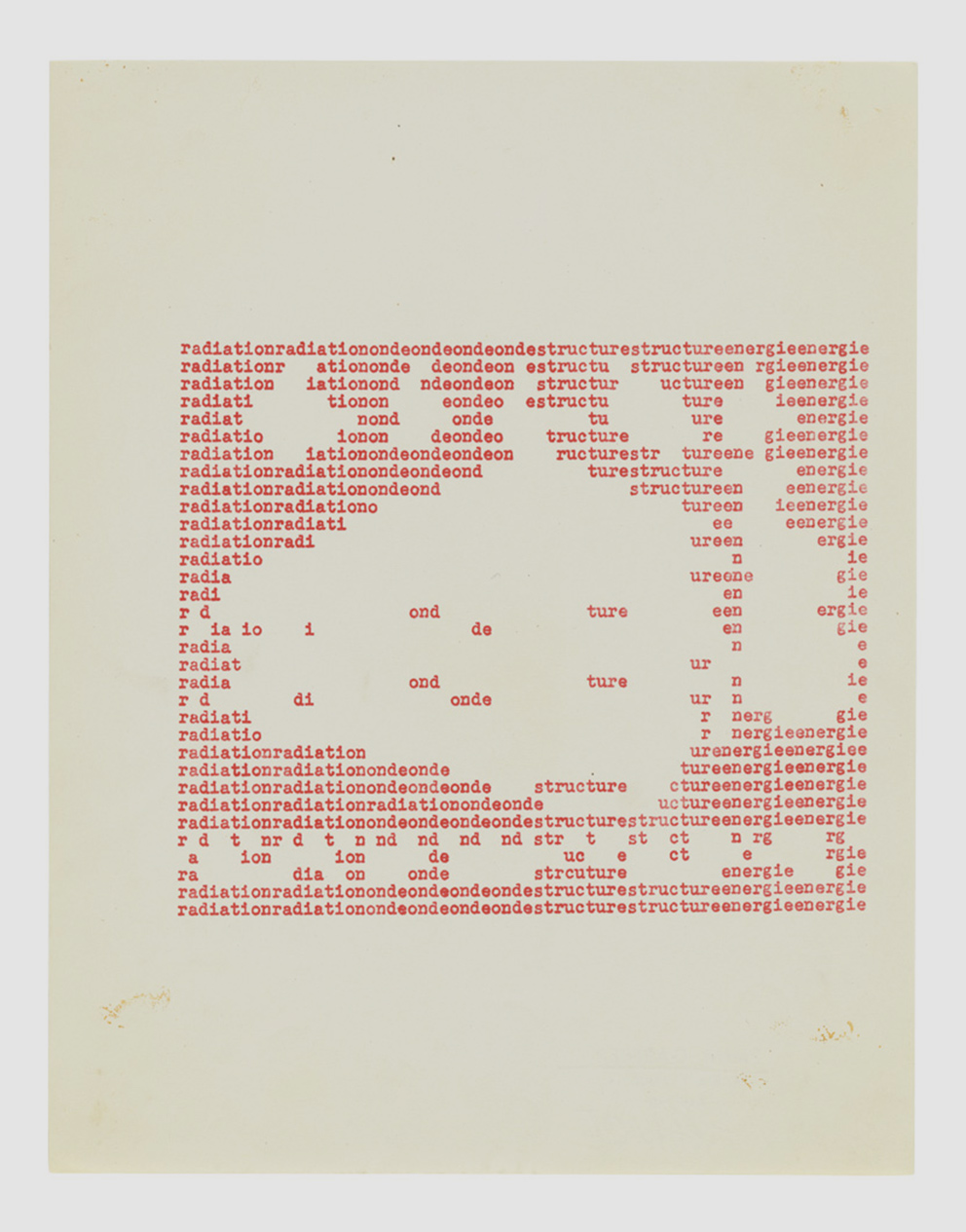 Pierre Garnier: Radiation onde structure energy, 1965. With kind approval by The Sackner Archive of Concrete and Visual Poetry © 2015 the artist and his successors 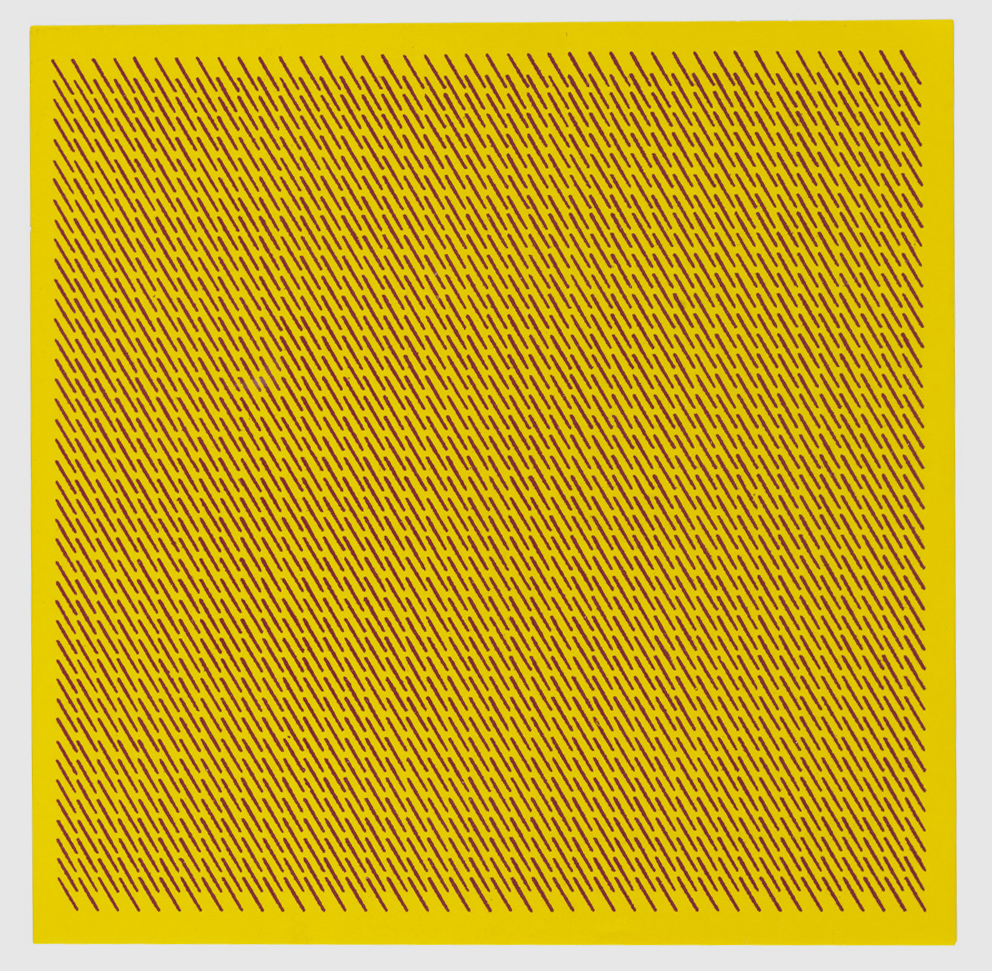 Maurizio Nannucci: Dattilogramma, 1964. With kind approval by the Sackner Archive of Concrete and Visual Poetry. © 2015 the artist and his successors
Advertisement