Richard Neutra (1892 – 1970) wanted to do more than just build houses. He challenged architecture as he wanted to overcome formalism and dogmatic functionalism in all its guises – by highlighting the fact that we humans are rooted in nature. Even if he himself saw things very differently, he was regularly associated with the “International Style”. He noted in 1965 that “my buildings do not really belong to the ‘International Style’; no one will be able to find the exact pigeonhole in which my work actually fits.”

In his book “Survival through Design”, which first came out in 1954 and now 61 years on is still well worth browsing through, Neutra advocates avoiding any reduction of space to geometry and insists on a consistently “physiological” approach that he believed was did more justice to the biological reality of us humans and our experiential world. He was not interested in a functionalism that ended up being quite primitive as, he suggested, not only were there forms that followed functions, but forms that actually generated new functions.

It therefore hardly seems surprising that Neutra based one of his furniture designs on what he grasped when studying a camel slowly sitting down. Logically, the multifunctional item of furniture in question goes by the name of “Camel Table” and can persuasively emulate the camel’s movement, as, albeit with a little assistance, it can kneel down and at the flick of a wrist morph from a dining table into a low side-table.

Some of the furniture that Neutra designed for villas, housing projects or for his own personal use, some of which have only survived in the form of sketches, are now being brought out as a re-edition by VS Vereinigte Spezialmöbelfabriken in collaboration with Neutra’s son Dion – as the “Neutra Furniture Collection”. The “Camel Table” (designed in 1951 for the Logar House) and the “Boomerang Chair” (made in the early 1940s for Channel Heights, a housing project destined to create homes for stevedores in San Pedro, California) are included in it, as is the sense of wellbeing that Neutra wished to create and was limited not only to what we see and consider, but was supposed to favorably affect all our senses.

What Neutra definitely wanted was not just to promote a form of architecture that enabled each of use to feel at home in the world in a holistic sense. He wrote paradigmatically that to his mind humanity’s chance of survival was being reduced by the fact that we are wrongly designing our environment and not bring our rational faculties to bear, which he felt were the very abilities that had driven evolution. By not using our instinctive reason, we will end up crippling ourselves, misusing our talents, and essentially creating damaging products. One can only second that today. (tw)

See the Neutra Furniture Collection by VS Möbel at Heimtextil, 12. til 15. January 2016 at Messe Frankfurt - „Salon Interior.Architecture.Hospitality“ at the foyer of hall 4.0, where talks take place. 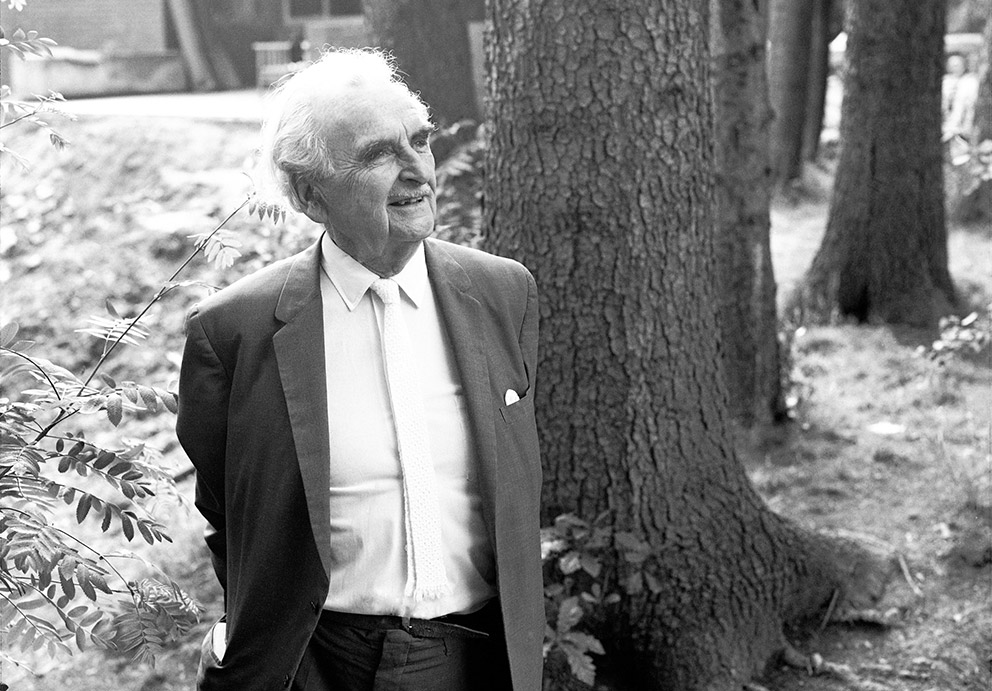 Richard Neutra is regarded as one of the trailblazers of California Modernism. Photo © Klaus Meier-Ude/VS

Camel Steel Table for the sofa... Photo © VS 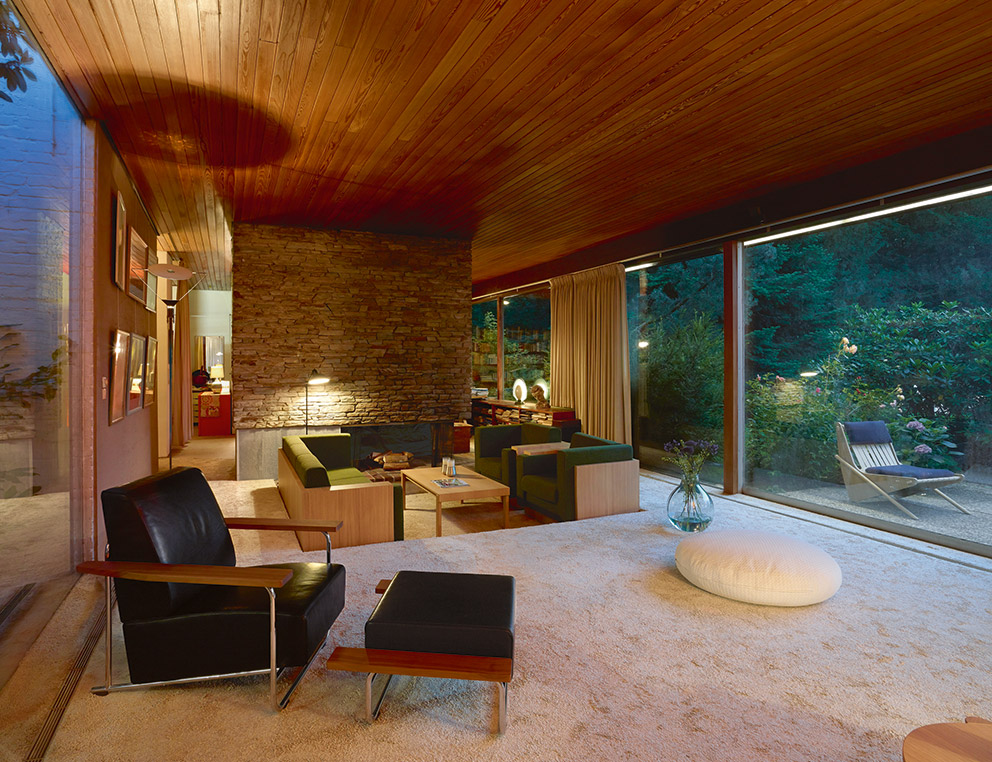 Comfy chairs, cantilever chairs, and dining and side tables: Vereinigte Spezialmöbelfabriken has breathed new life into his legendary furniture designs of Richard Neutra. Photo © VS 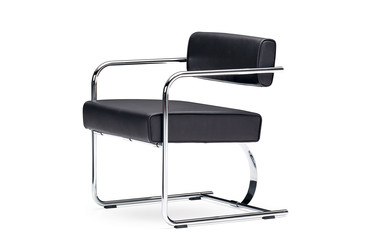 NEUTRA by VS
Cantilever Chair Steel 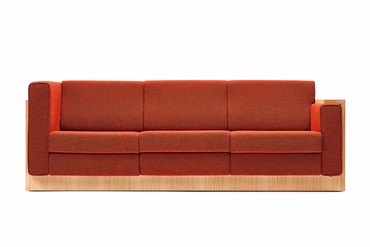 NEUTRA by VS
Alpha Seating sofa 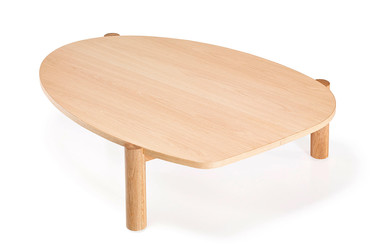 NEUTRA by VS
Low Occasional Table 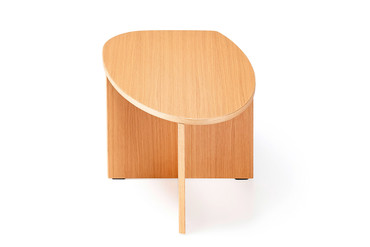 NEUTRA by VS
Tea Table 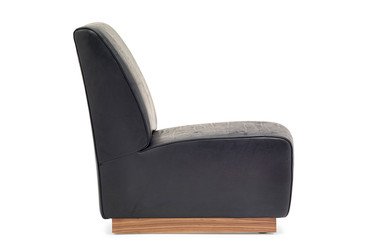 NEUTRA by VS
Slipper Chair 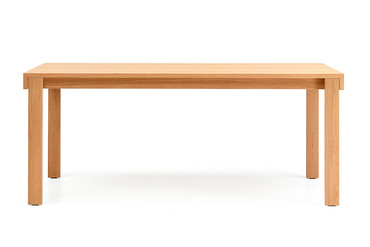 NEUTRA by VS
Dinette Table 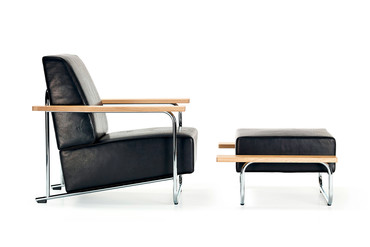 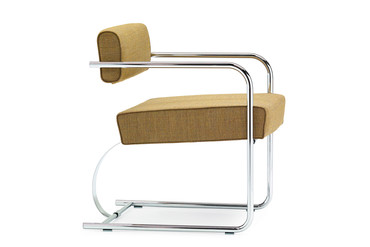 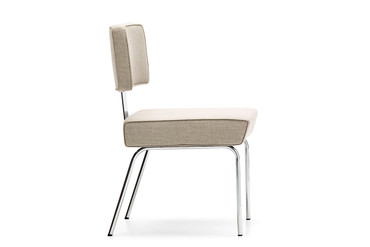 NEUTRA by VS
Tremain Side Chair Steel 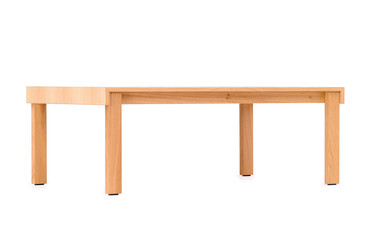 NEUTRA by VS
Low Dinette Table 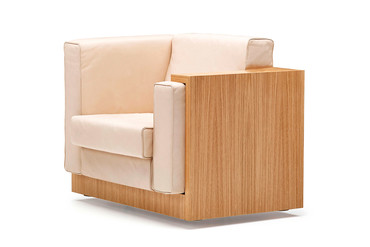 NEUTRA by VS
Alpha Seating armchair 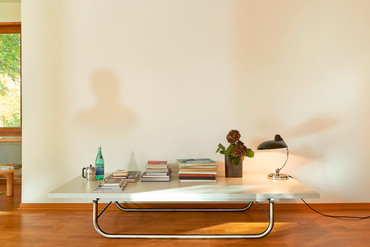