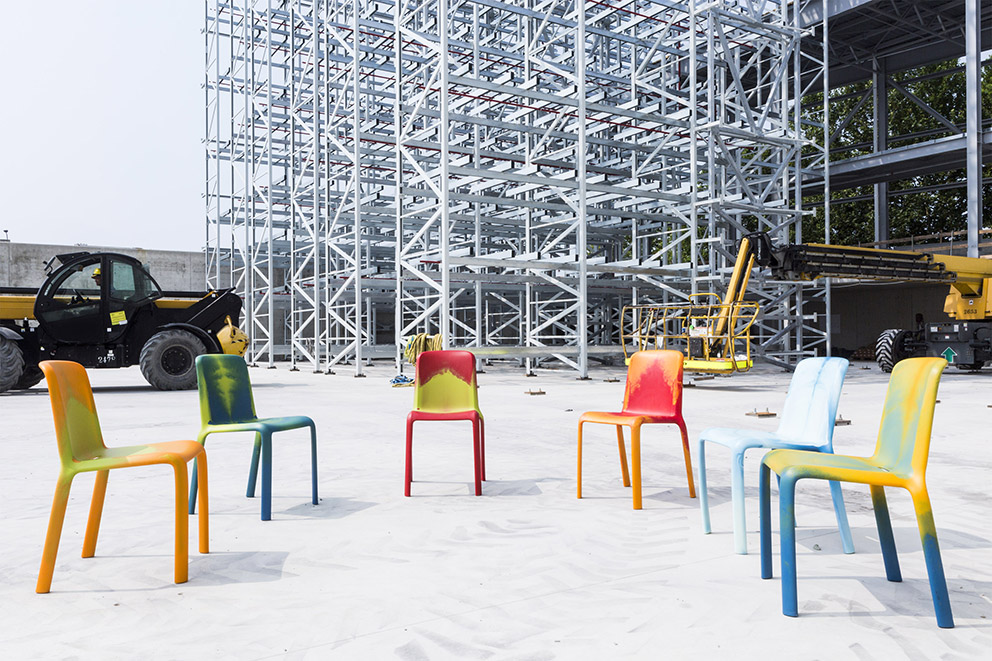 The wild “Hippie children of Pedrali“: When the color changes in the injection moulding system for the fabrication of polypropylene chairs, the machine is fabricating production failures with happy batic look. Photo © Pedrali

Chance plays a hand all of its own, and this spawns many a surprise. For this reason, artists have welcomed chance on board as a willing accomplice and made considered use of it. For example Marcel Duchamp, who dropped each of three threads, each one meter long, onto a canvas from a height of one meter. He cut out the curve each had thus made by chance, made a yardstick of it and called the final outcome “canned chance”. By contrast, Kurt Schwitters used machines as a “random generator”, collected misprints from printing companies and selected a certain section of each.

While artists have made use of the aleatory principle as a source of inspiration, it is not so desirable in industrial production runs. And in the production line at Pedrali the element of chance is not necessarily a welcome guest, as the company manufactures contract furniture in colors that its clients have in part themselves selected.

In the factory halls in Bergamo industrial robots and other highly precise machines are at work – but there is no completely avoiding the manufacturing lines rolling out the one or other ‘second’. And this is how it happens: An injection molding system produces a large unit run of polypropylene chairs of one and the same model and color. If the color has to be changed, the machine continues to churn them out by the minute. However, it takes a couple of minutes for the granulate from which the chairs are made to completely absorb the new color. Meaning that, for better or worse, now and again there’s a chair where the old and new colors mix in a delightful way.

Now, the chairs could be called mongrels or hybrids, but that sounds far too negative given the joyful Batik patterns and surprising color gradations that thus arise by chance. Not to forget that the color mix and plumes make each chair a real one-off. For example, one chair gleams in lemon yellow, albeit splattered with red streaks reminiscent of lava in full flow. Another is more of a vortex, its color and pattern a matter of oscillating blues and greens. Yet a third stands out for its caramel-colored seat, crowned on the backrest by a white “halo”. None of these “wild Hippies” are suitable for sale (why on earth not?) and meet a sad end in the recycling plant. Pedrali has nevertheless saved a few of the most beautiful chance color combinations for posterity – and proudly presents them in their own special zone in the factory. 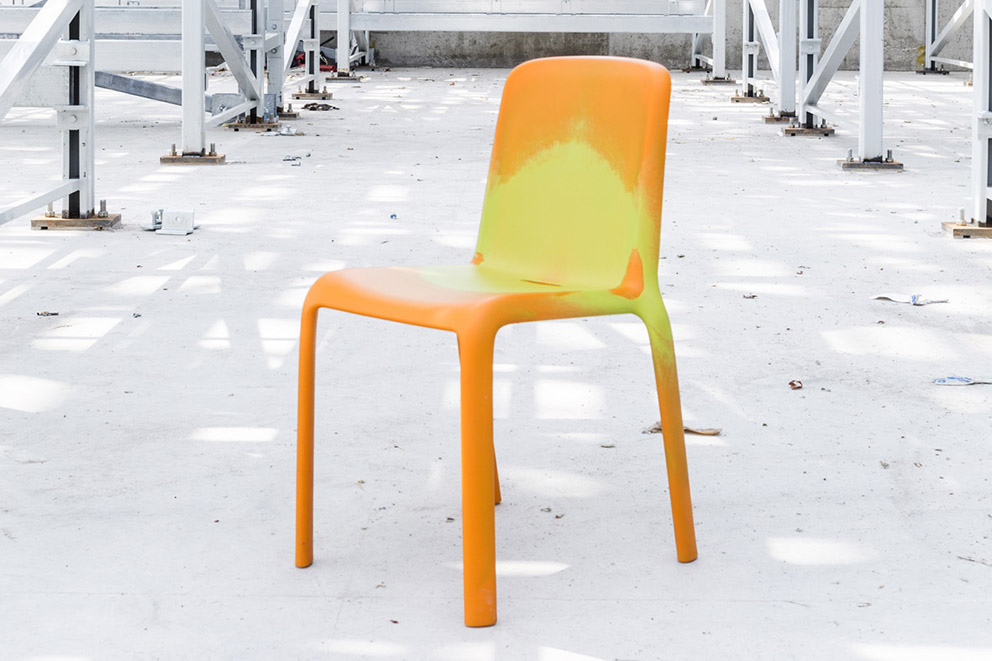 Nobody’s perfect: The chair „Snow“ is then no longer captivating due to monochrome colour fields, but with shiny orange, combined lemon spot… Photo © Pedrali 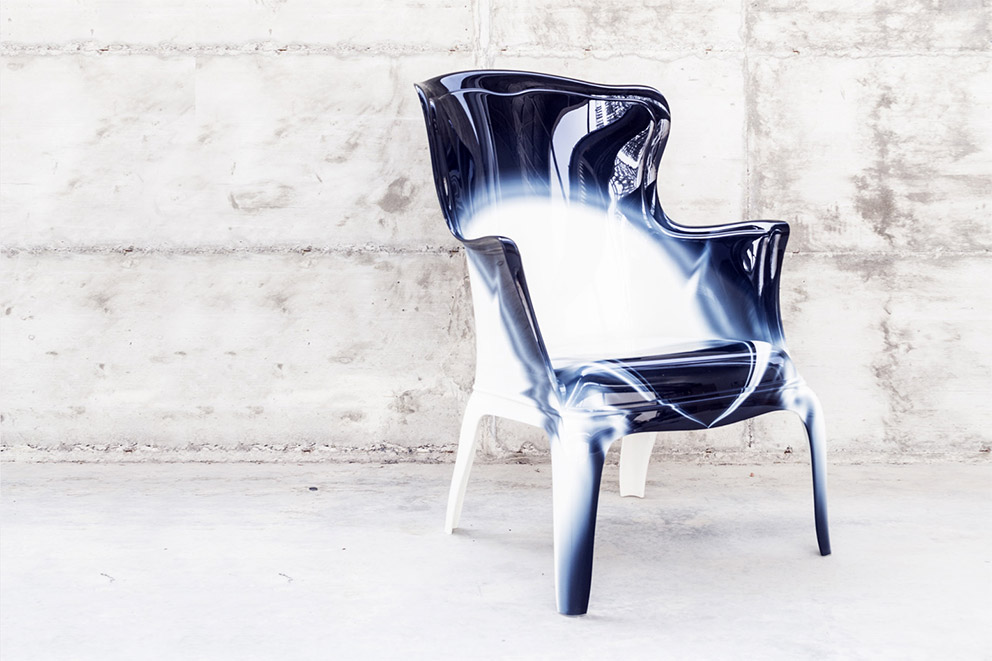 …and the model “Pasha“ is shining with finest gradients in oscillating blue tones. Photo © Pedrali 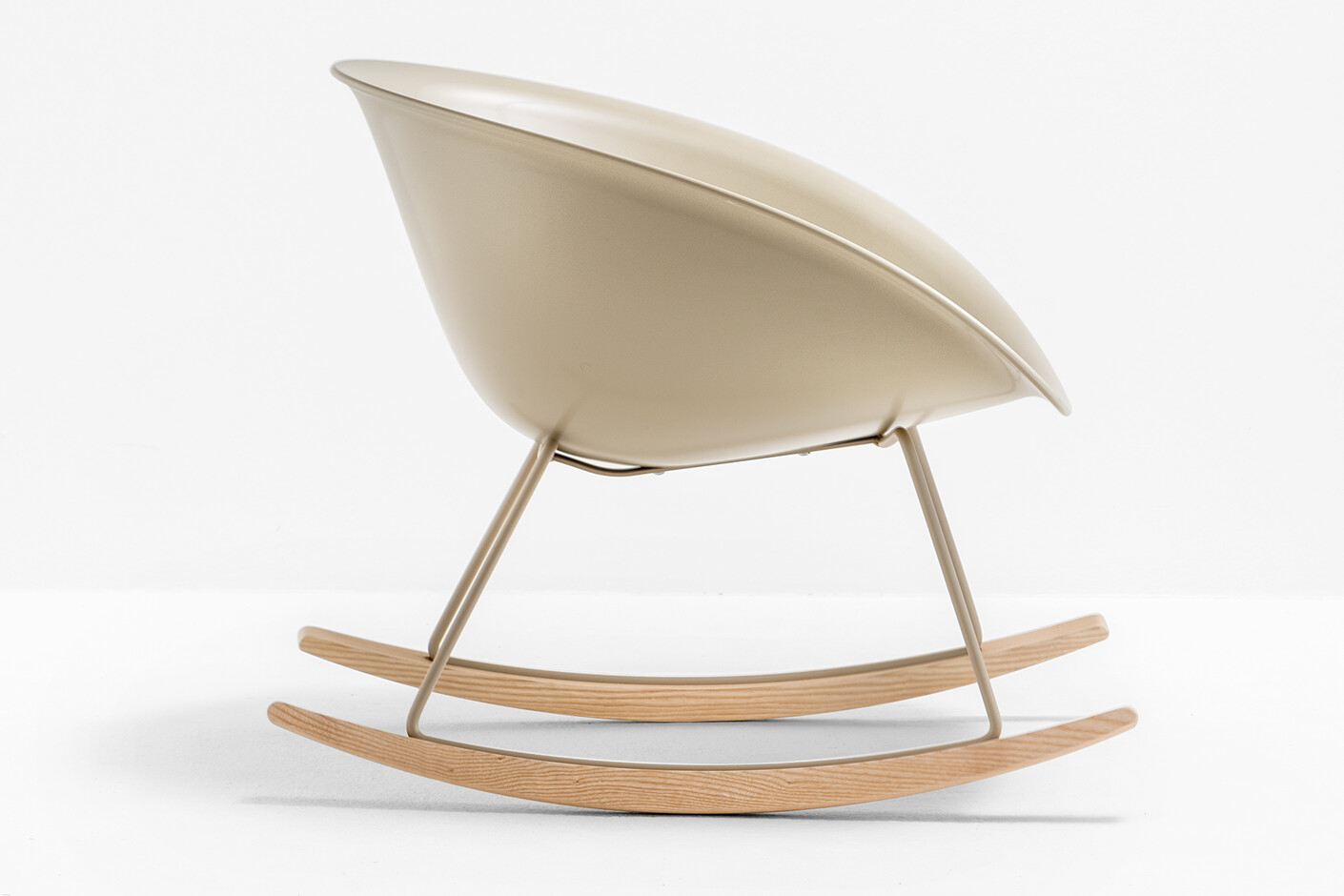 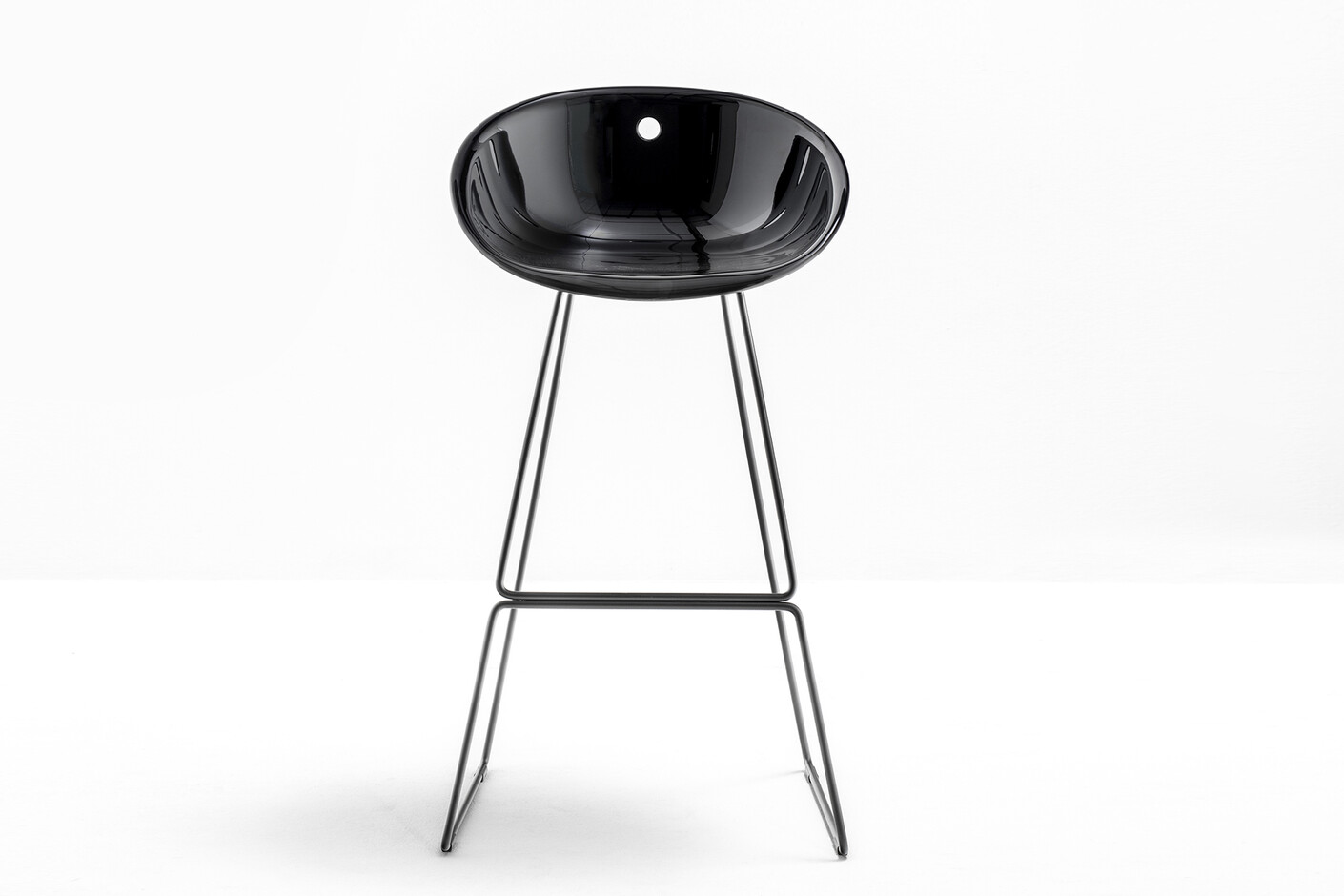 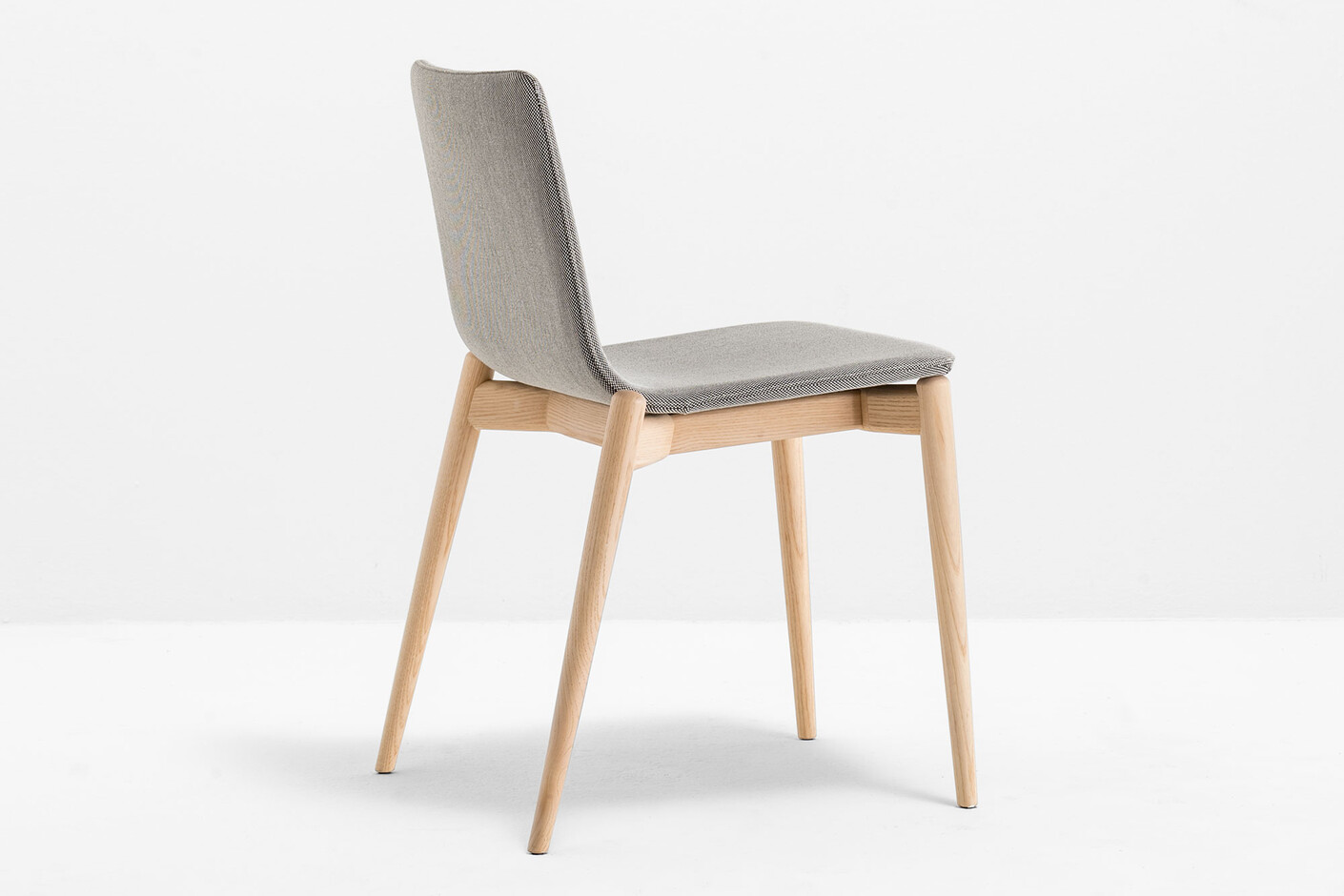 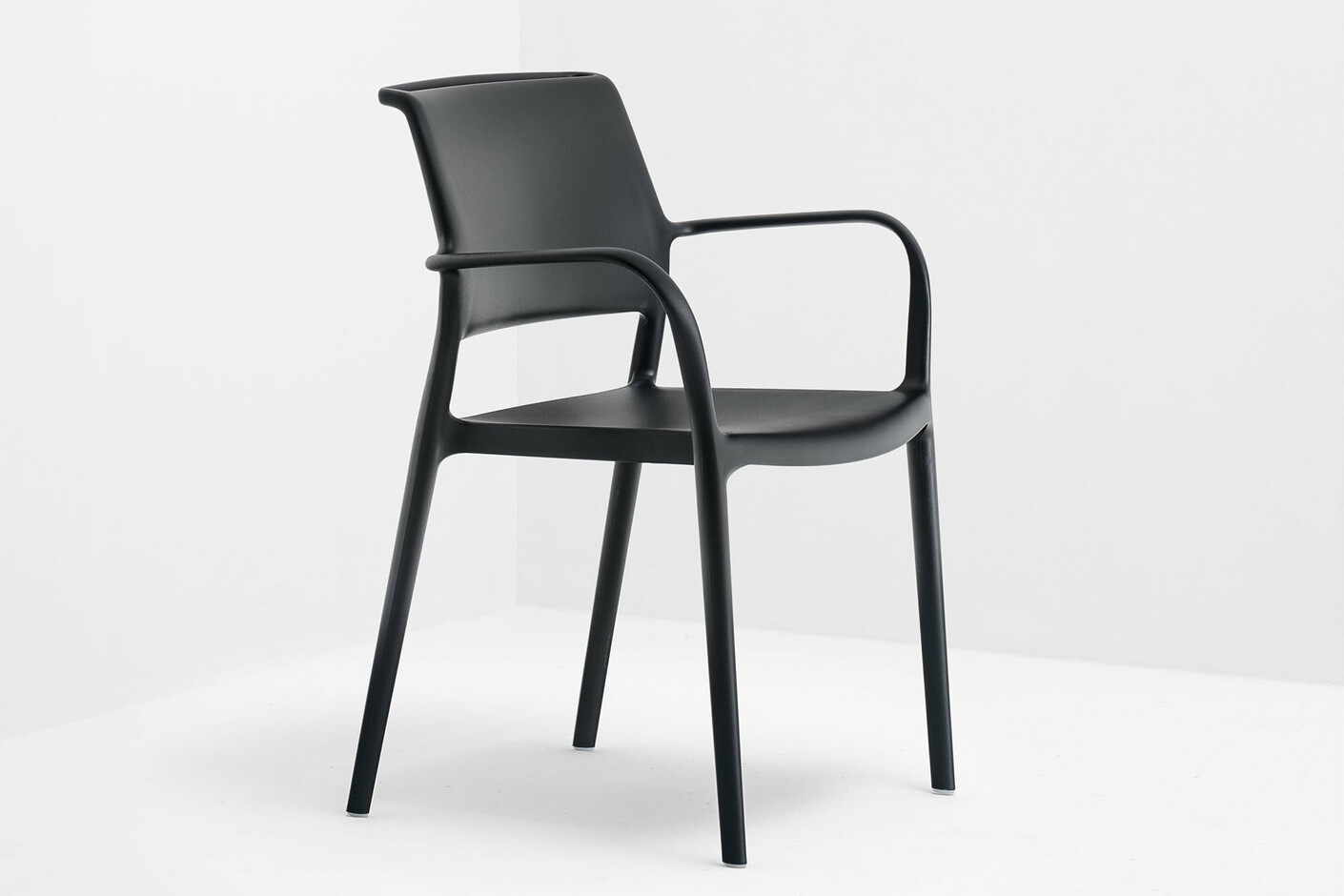