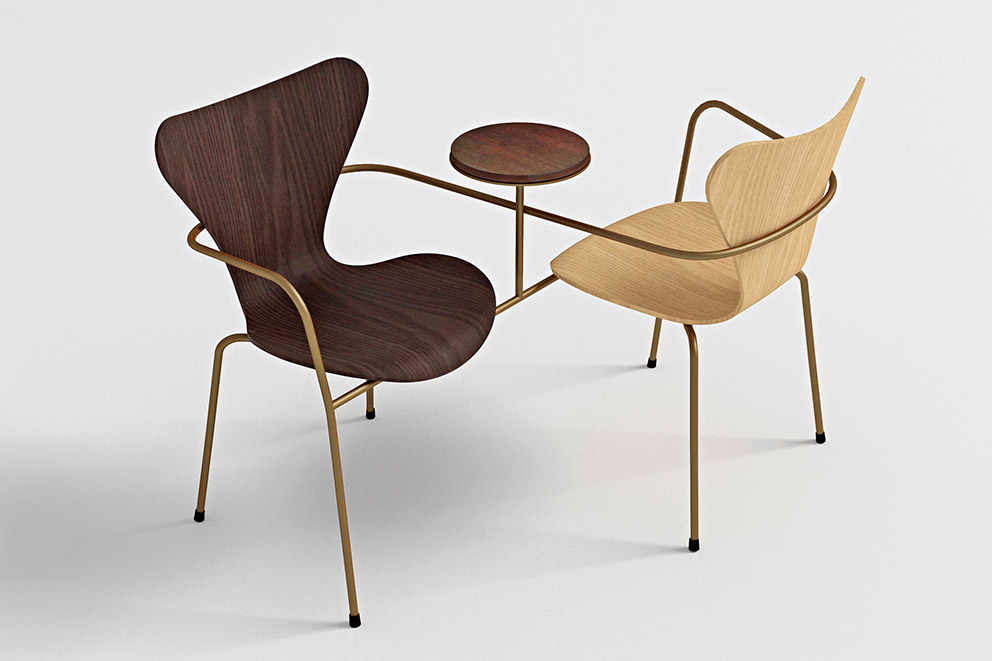 Seven architects, needless to say all of them international big hitters, have interpreted an Arne Jacobsen chair. That’s the way things go today, and that’s what the guys at Fritz Hansen evidently told themselves. To be precise, the focus was on examples of the famous Series 7 developed in 1955 to succeed the three-legged “Ant”, and first and foremost the 3107 chair. It’s not as if the chair didn’t already exist in many different variants in the original series. And it’s not as if Jacobsen didn’t himself adapt his chairs to changing conditions. But the principle always remains the same, it’s always still Arne’s chair. Which has of course long since become a classic, consists of only two parts, a molded plywood shell, and a base frame.

The whole campaign is more of a trifle and hardly points to a new Profumo affair. Nevertheless unavoidably one has to interject here that slowly but surely contemporary design is entering its director’s theater phase. We all know such performances: The classics as such are no longer considered contemporary or topical enough, or the line outside the box office has simply melted away, and a makeover is urgently called for. Not that this is always a bad thing. But Don Giovanni in a sex club or Wallenstein in Afghanistan – both can be the result if the emphasis is on interpretations that insist on making something topical come what may, and that would best have been left in top drawers to collect dust. Sometimes, in fact, the guiding principle seems to be to do with the play in question exactly what the playwright had not intended – but which the new interpreter-cum-director feels is the ultimate in contemporaneity.

When it comes to a play, the results are not much unlike what happens with a chair: The interpretation lays claim to a status over and above that of the author. I do not want to go into detail on what the magnificent seven, all of them architects, have come up with – essentially the ideas fly in Arne Jacobsen’s face rather than advancing his ideas. Check the images to see the outcome and form your own opinion.

However, I would admit that I am not able to follow the logic of all of the designs. Two architects, both of them Carlos by name, draw on the idea of a vertical garden in their interpretations, and I continue to be puzzled as to whether it was the garden that then prompted the explanatory text: “The upholstery climbs and settles peacefully on the shell of the chair.” The fact that Jun Igarashi Architects factored earthquakes into their design has to do with their roots. And while Neri&Hu fuse two chairs to create a double-seater that brings two people irrevocably closer together, the sympathetic brains at Snøhetta simply dispensed with the base frame altogether and have leisurely placed the specially prepared seating shell outdoors. Zaha Hadid thereupon construes the chair as a “dynamic and seamless expression of structure and support”, while Bjarke Ingels discerns the chair’s essence to derive from a progressive stack of plywood and shell, raising the stack itself to the lofty heights of an icon. It’s the seventh of the seven that was spontaneously my favorite, the variation dreamed up by Jean Nouvel. Because only black and white, Yin and Yang, but not Jean and Arne, “still play together in a feminine and masculine flow.”

Thus it is that our brave magnificent seven tussle with a chair and often fight Arne in the process. But hey, it’s not as though they were ever going to win. The victor has stood firm on its four legs for decades now. (tw) 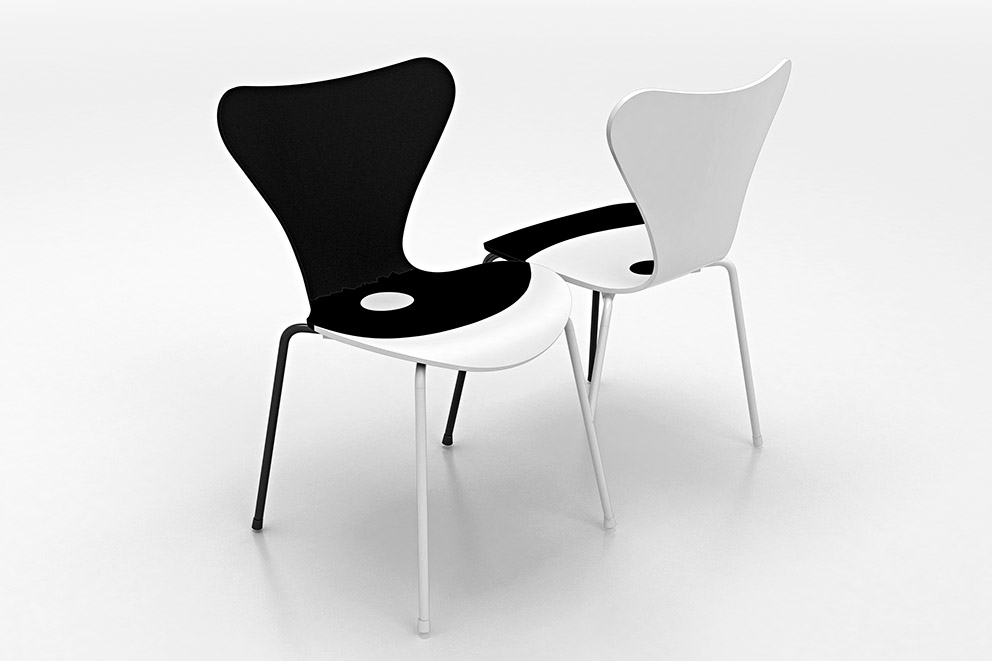 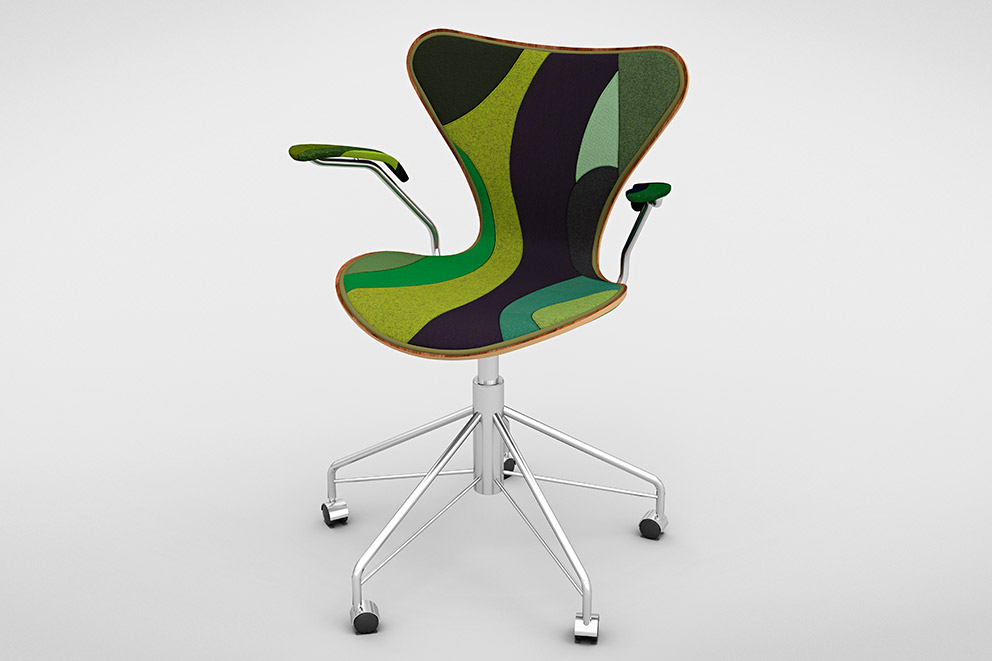 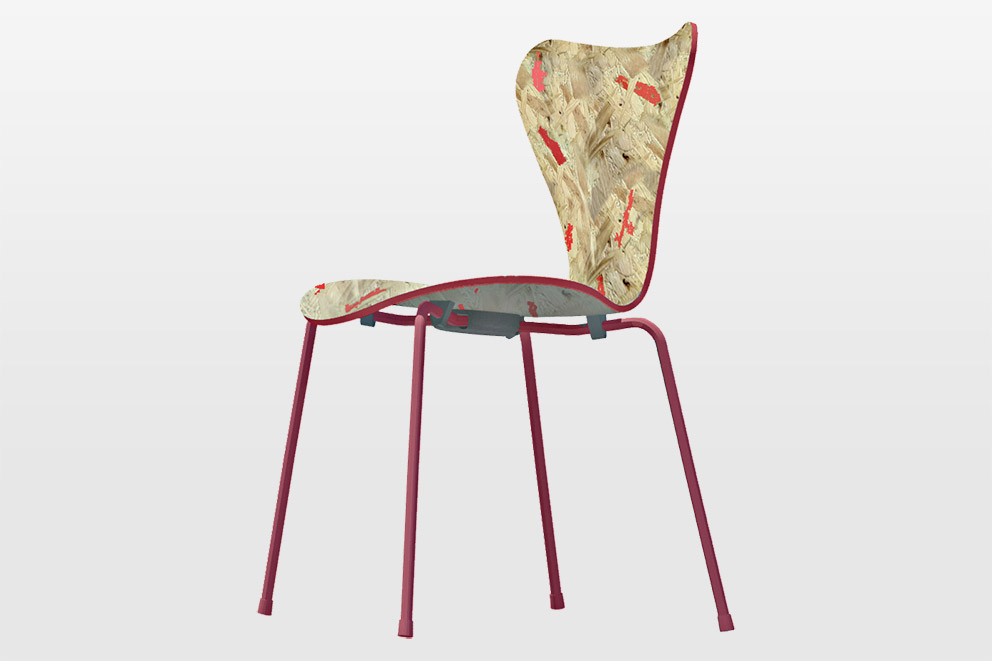 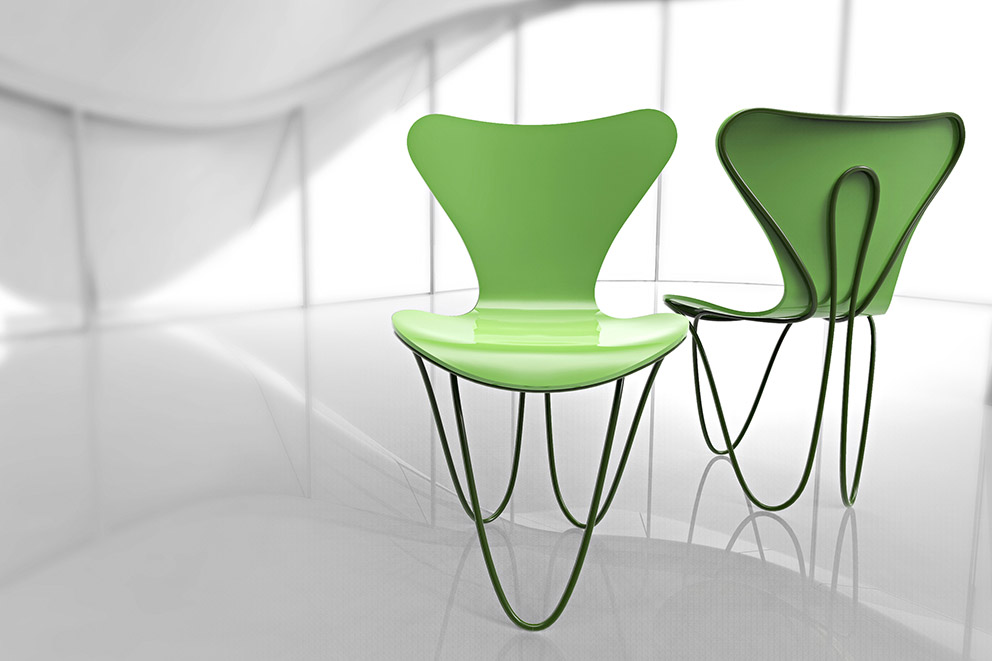 Zaha Hadid can not leave it to sell her brand. Photo © Republic of Fritz Hansen 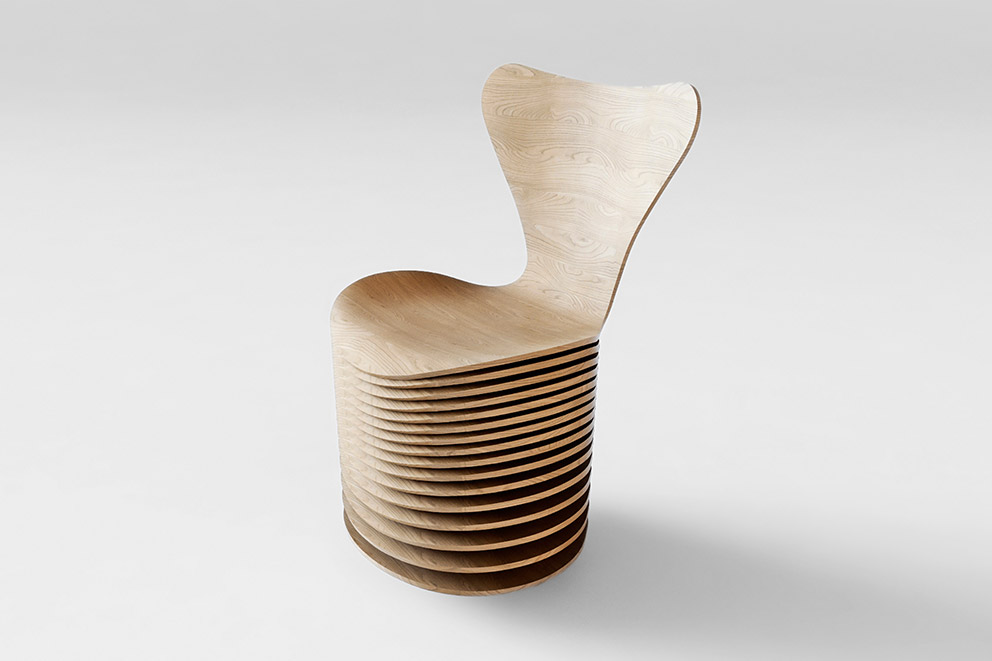 And at BIG counts: The more the better. Photo © Republic of Fritz Hansen 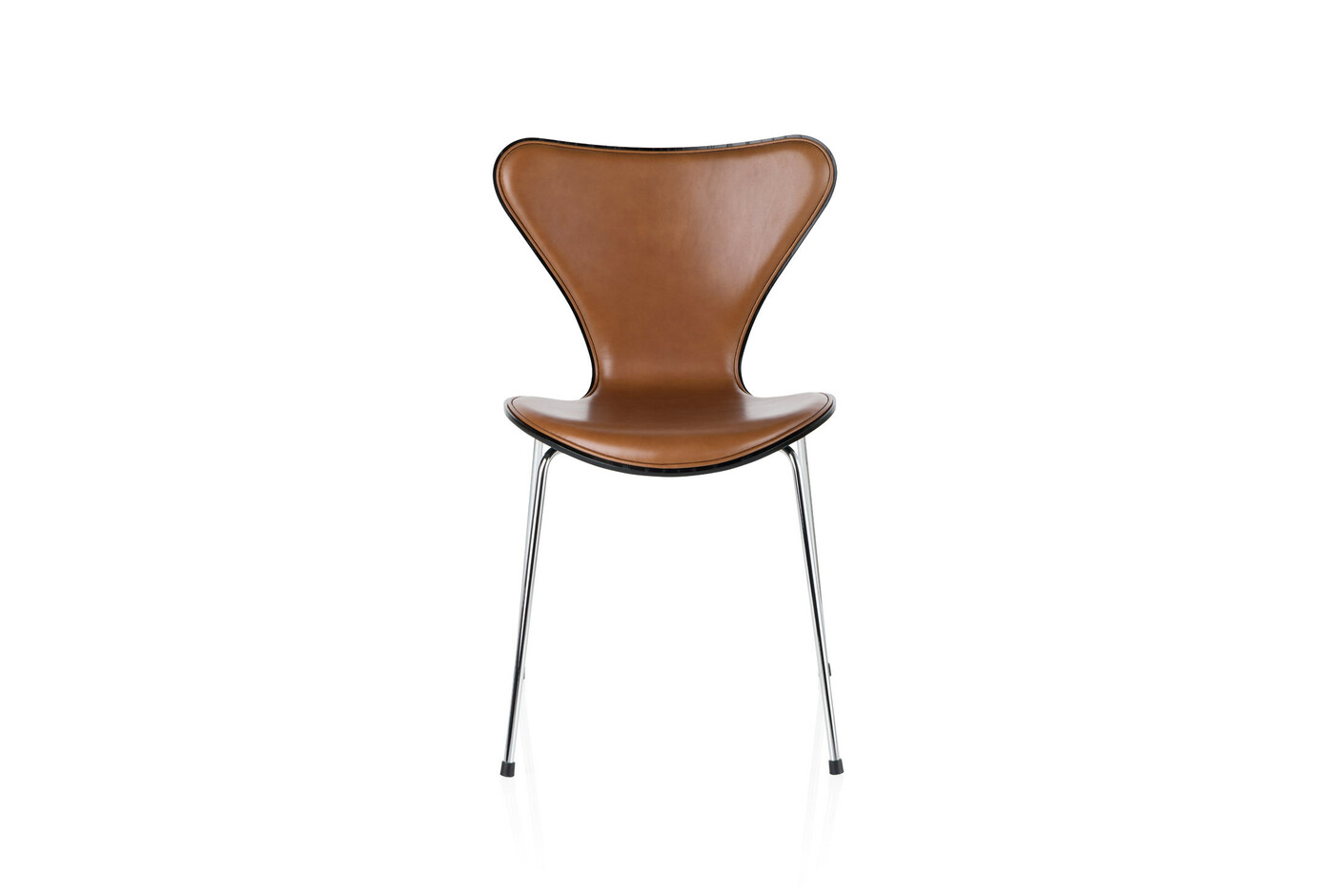 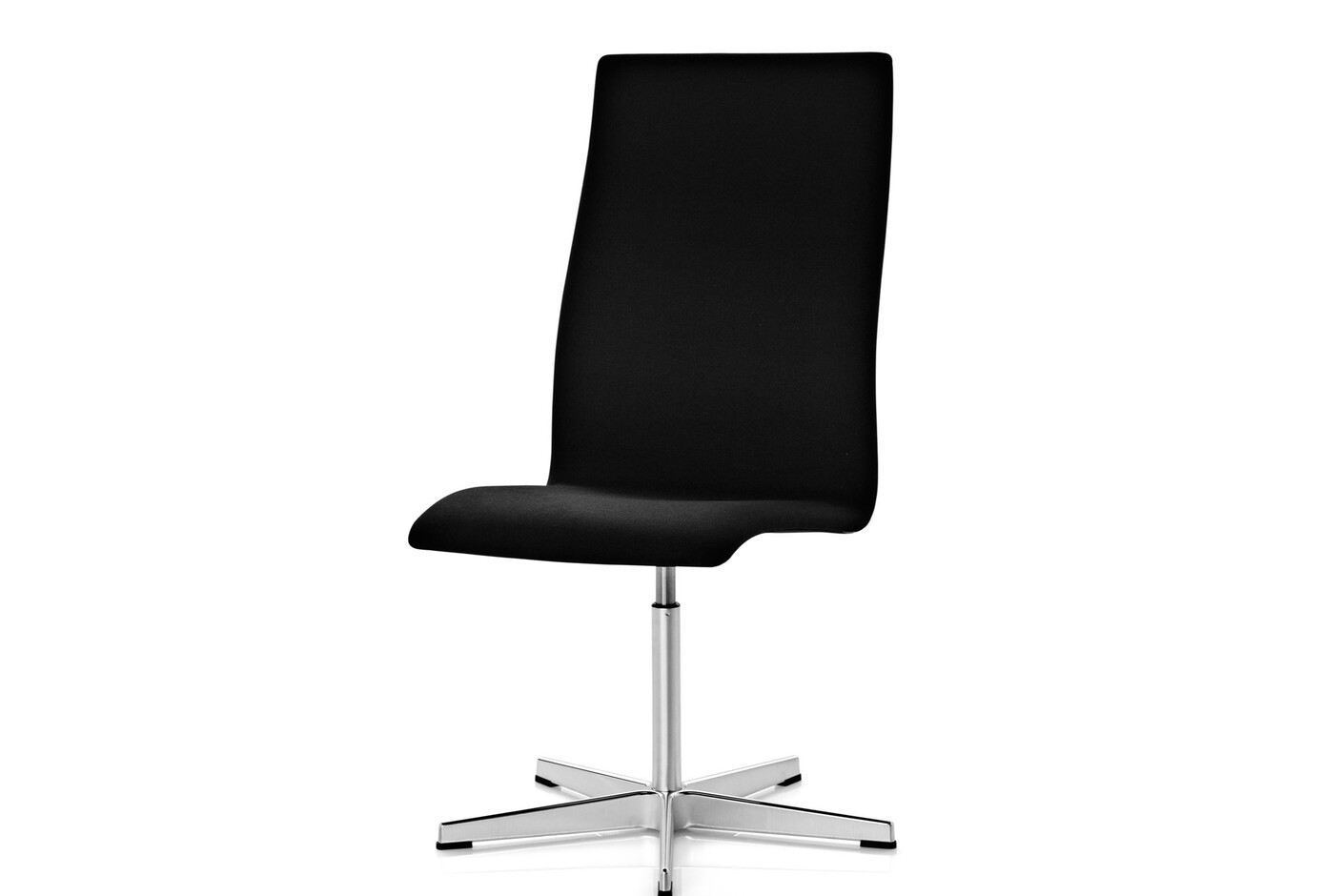 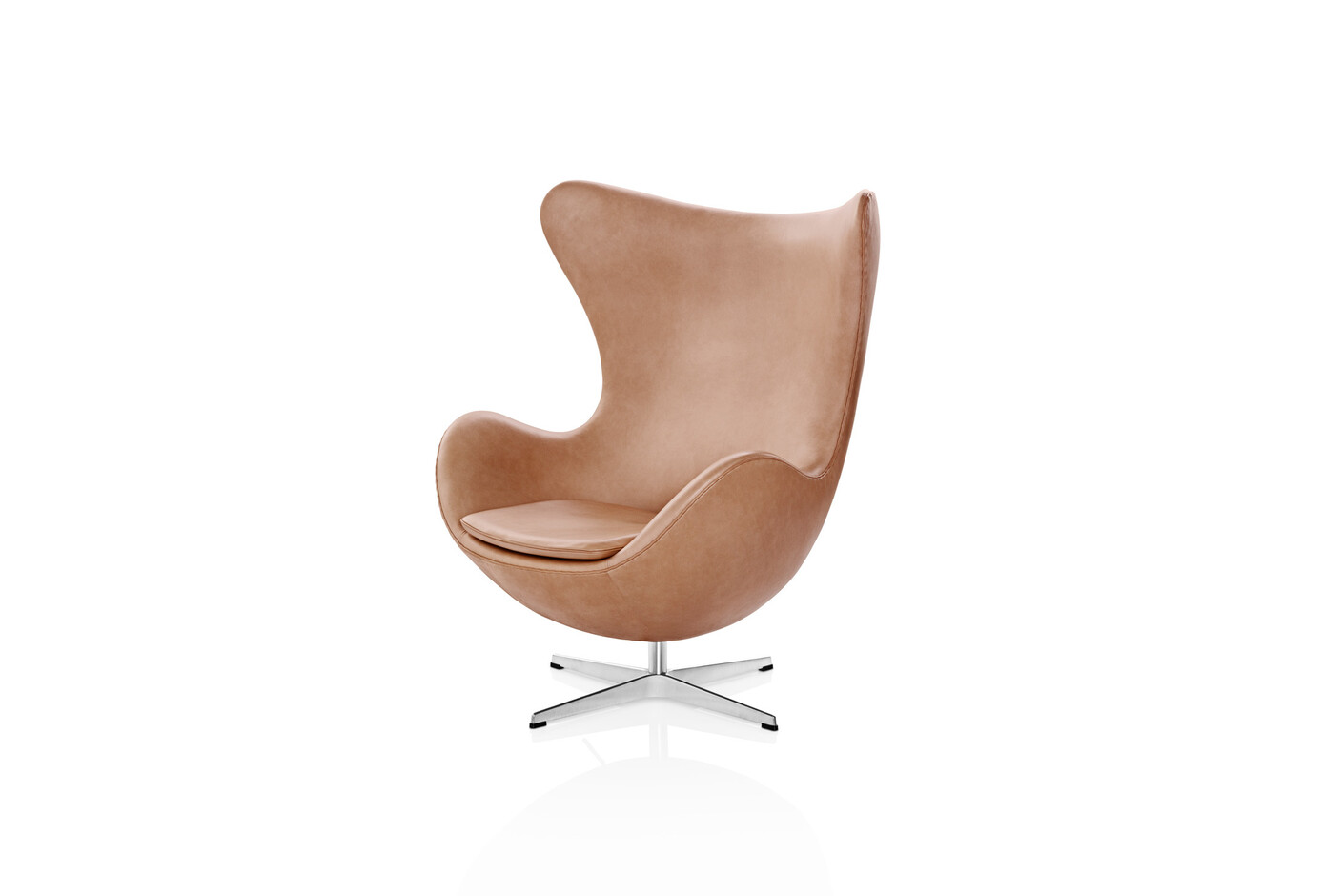 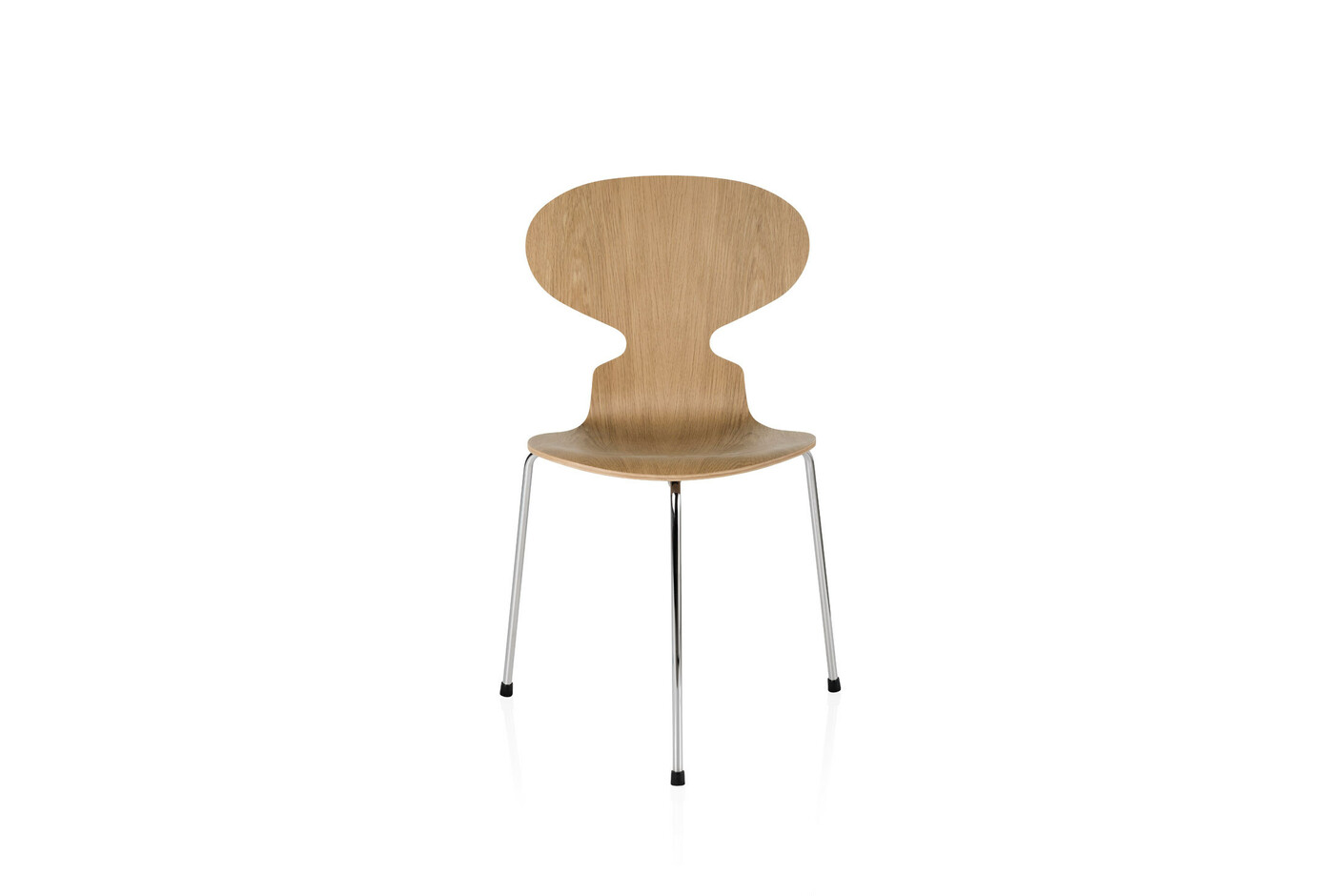