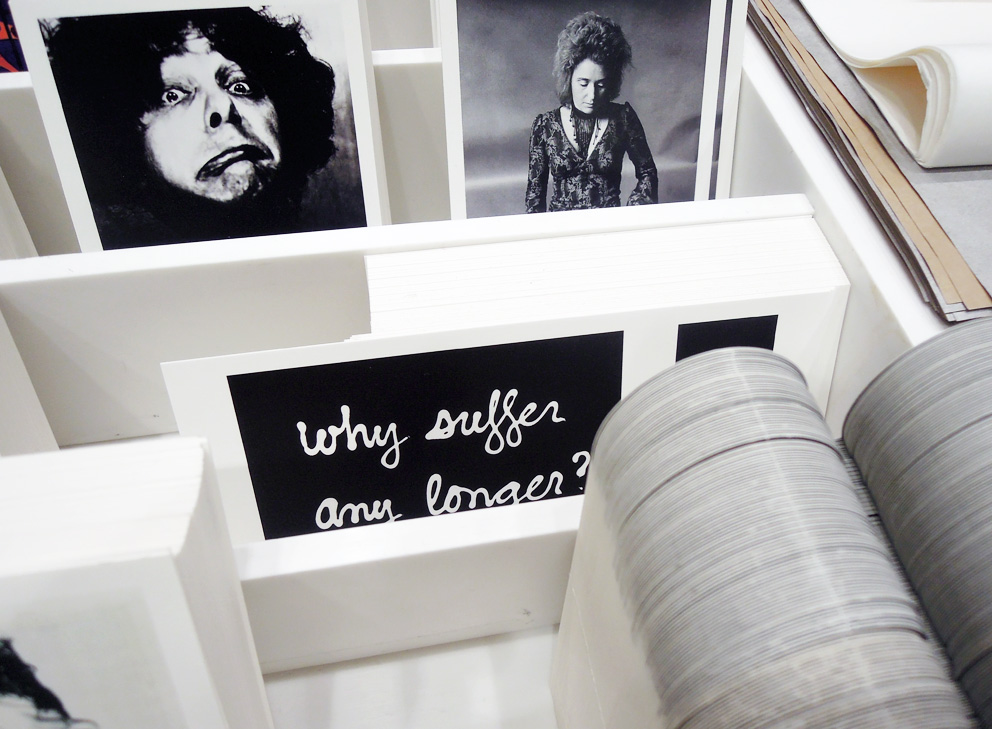 An array of truly strange things await discovery in the displays in museum shops. For example, when there’s a Munch show at the Albertina in Vienna, then the institution’s museum shop, which is essentially one huge store for devotional objects, has not only just books and catalogs in offer. Rather, there life is at long last also breathed into the pictures and drawings, to which end many a wondrous and superfluous object is dreamed up.

Take the “Scream”, Edward Munch’s most famous painting, for example: not only are cups and postcards with the relevant theme on sale, but you can actually buy the scream itself. Yes, the scream itself, and not just a reproduction of the painting. It is the scream itself: in the form of a doll (resembling the figure on the bridge) that promises to emit the same. “The screaming Scream”, or so the advertising suggests, makes this a far cry from art. the gifts industry has long since made up its mind while the experts are still busy discussing whether the figure standing on the bridge, its mouth and eyes wide open, is actually screaming or not (a strange question as regards a painting anyway), or simply expresses pure horror,.

In “museum moderner kunst stiftung ludwig wien”, or Mumok for short, located in Vienna’s museum district, things are more subtle, of course. Here again there are any number of postcards and catalogs accompanying current and past exhibitions, books, and a motley assortment of small colorful items – but no dolls or snow globes in which contemporary artists or one of their works have been captured (not that this is not itself interesting). When it comes to the postcards, quite strange constellations arise such as when, not far from a postcard with Arnulf Rainer’s grimacing face (all existential threat), by coincidence there’s one by Ben Vautier, on which, in Ben’s typical handwriting we read: “why suffer any longer?” But, hey, we’re in Vienna. And if you really want things a little less existential, then why not resort to one of those endlessly replicated Andy Warhol themes (twenty are better than one...) or a button or stamp, boasting the word “minimal”, “concept”, “pop” or simply “modern”, or even “contemporary”. To what sort of a confession will that lead? Perhaps next time you wander round an exhibition, you switch the button on your lapel depending on the work you happen to be viewing? (tw) 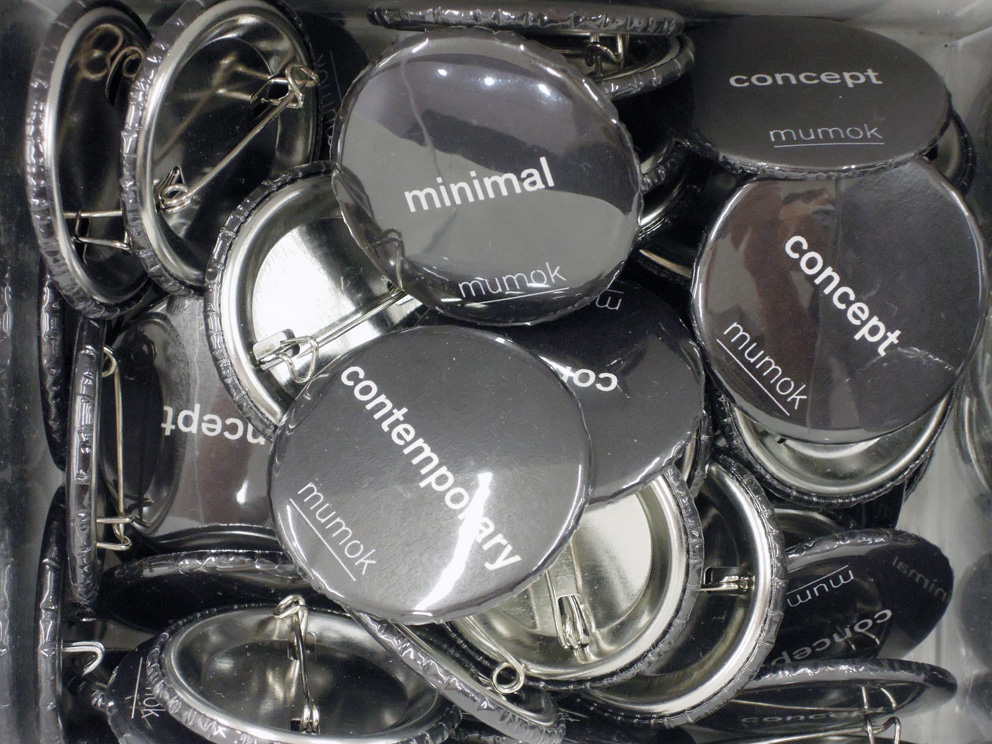 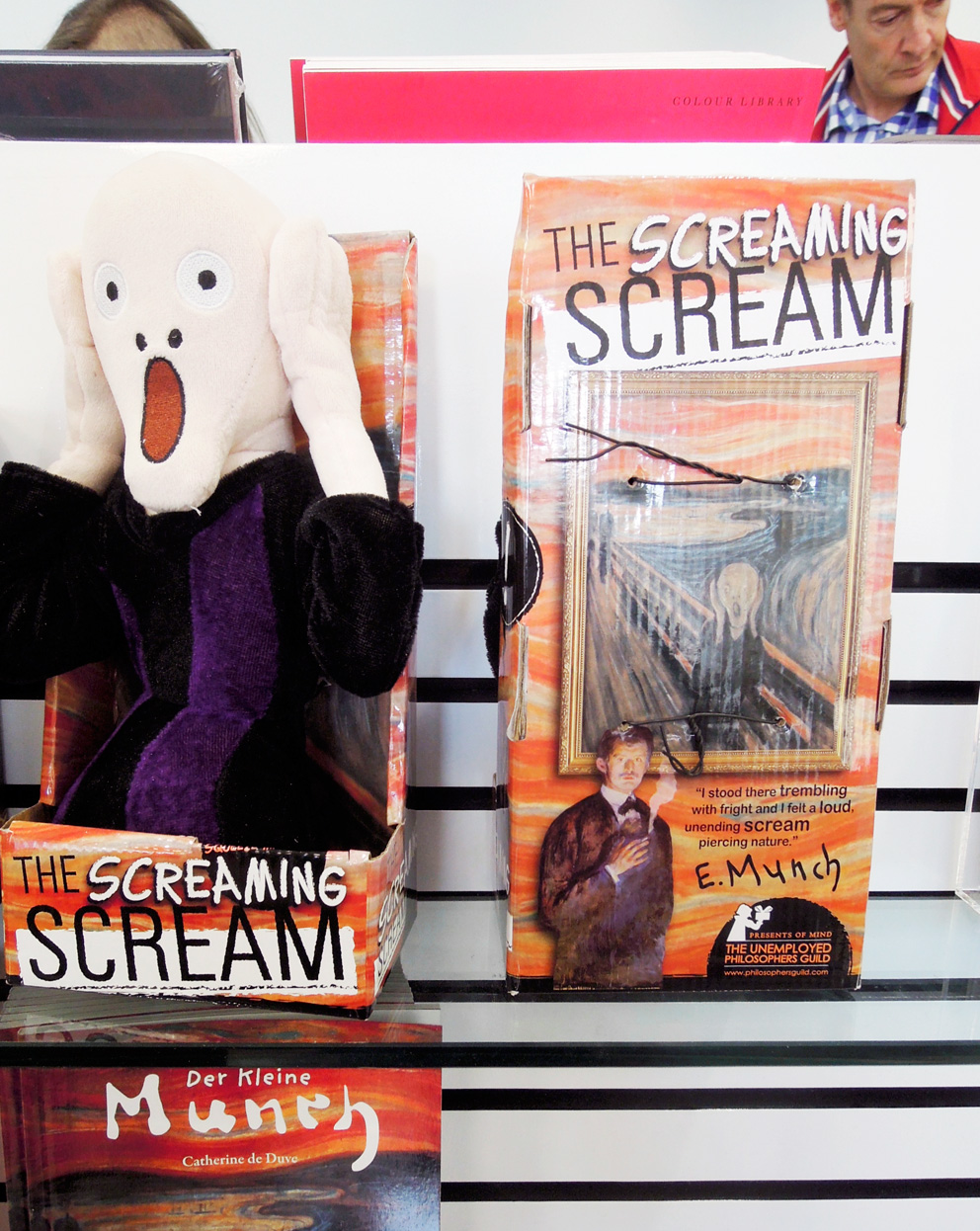