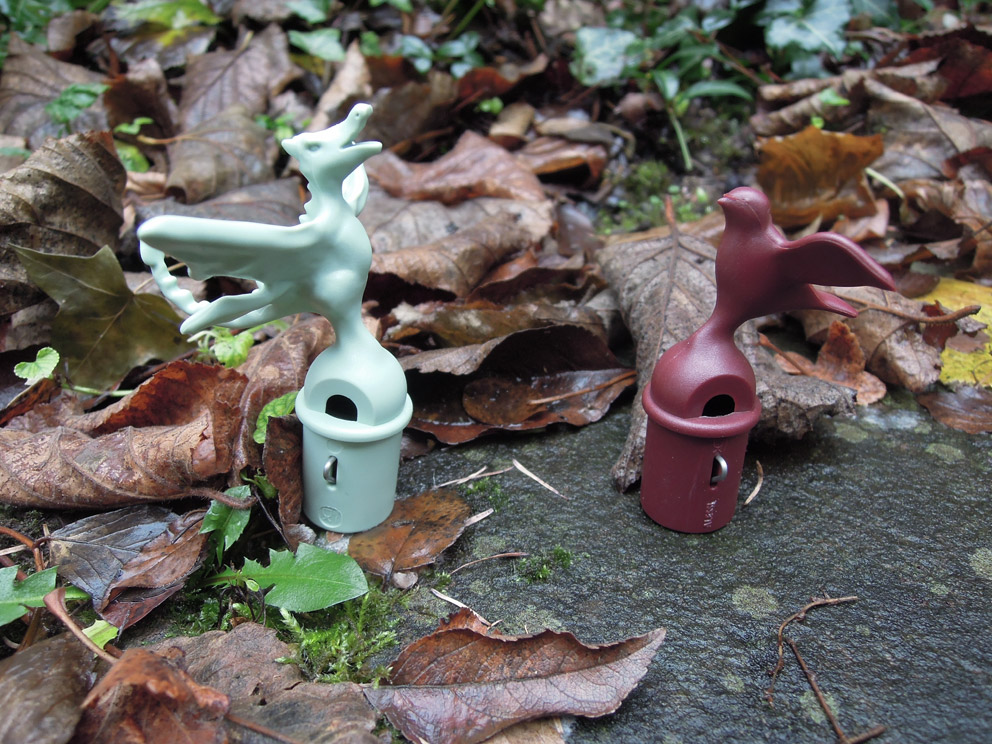 So who’s whistling what? And to whom? And why? Or is the dragon simply pursuing the little bird and chasing it away – with a sharp, loud, mythical whistle? Perhaps the little bird, however (might it even be a pigeon?) simply placates the dragon in return, by cooing conciliatorily? On the packaging, where the two are displayed peacefully together, they would appear in fact to be conversing. Whistling together would, after all, be difficult as both belong to the famous and typically post-modernist kettle that US architect and designer Michael Graves created in 1985 for Alessi, and which has long since become a design classic. And two whistles from the same spout is simply impossible.

For 30 years there was only a small dark-red bird that sat atop the thin spout end of the conical 9093 kettle and sang its high-pitched song the moment the water started to boil. And just in time for its birthday, along came Graves, who died on March 12 of this year aged 80, and created a second animal as an alternative. Instead of the little bird there is now also a little Fafnir to tell you the water’s bubbling, even if you don’t always need St. George to help you pour out the boiling water. It’s a bit strange why the kettle in this special jubilee version has the misleading name “Tea Rex” – as the kind of dino in question could definitely not fly.

Who knows whether the little Puff will now replace the bird permanently, or stand at its side and simply help conquer new markets (e.g. China, where the dragon is a symbol of both power and good fortune). Whistle to the wind. Because that’s all the dragon can, albeit with a slightly hoarser voice than the birdy. Comes from exhaling fire I guess. Not that he can! (tw) 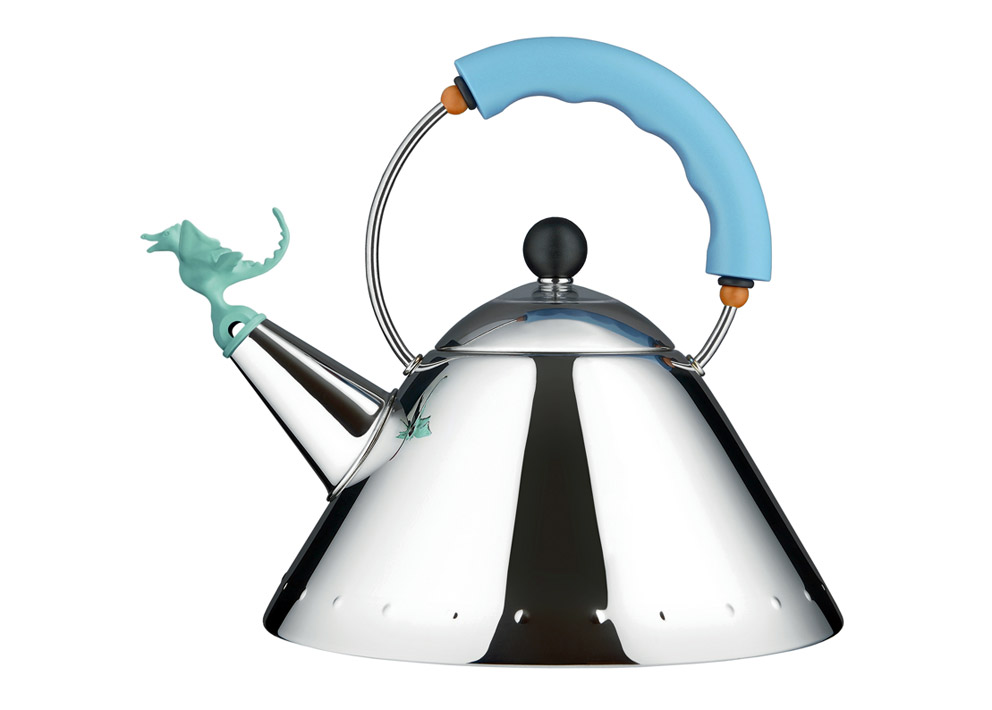 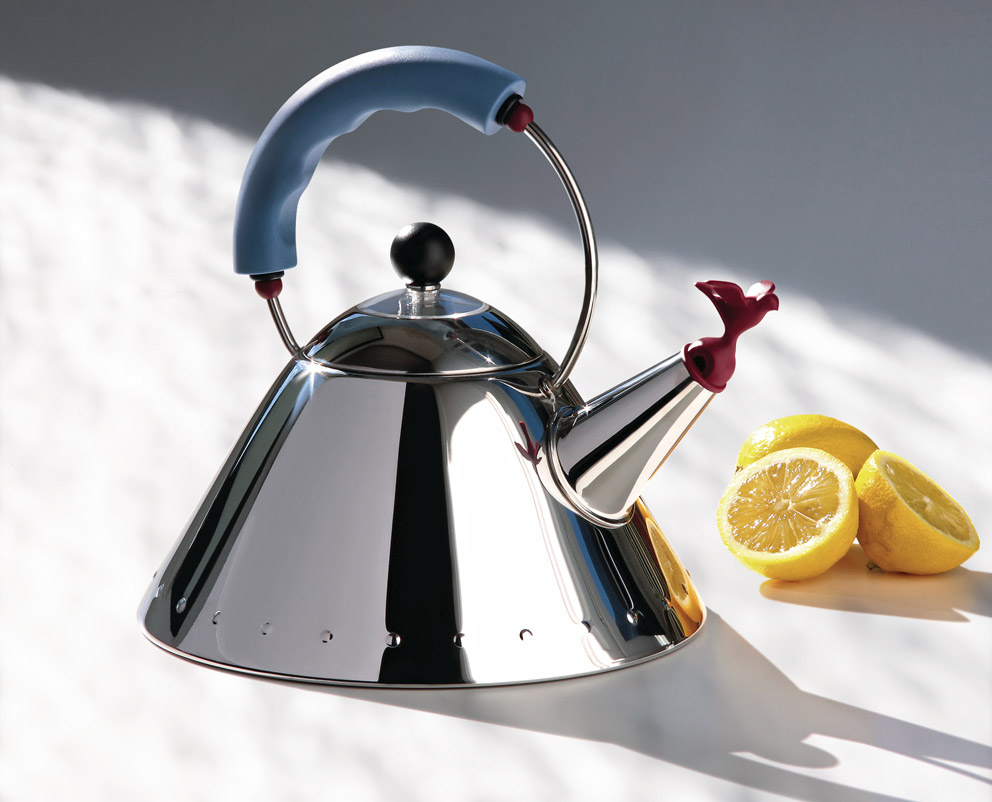