A little nature for the home is just right – birdies tweeting on Youtube, a fire crackling away on the TV screen, a fragrance dispenser exuding a sense of Spring, and in the room fountain water gurgles. With a little imagination you could think it was a mountain brook. And what about a touch of the glaciers or Arctic?

This is where the “Melt and recreate” luminaire by young Stockholm-based designers Siri Bahlenberg and Sofia Bergfeldt comes into its own, as it quite literally uses light to melt the ice. How does that work? The pendant luminaire is placed in a special pot with water and then confined to your freezer. Ten hours later it is ready to go. Hang it up, and it lights up and drips – for ten whole hours. The water is caught by the pot in which it was frozen. Once the ice has fully melted you are back at zero and it’s time to start again.

The cycle of emerging and passing may of course set us pondering time, transience, global warming ... And if you find that all a bit too melancholic, then try this: Instead of freezing the luminaire in pure water, simply take a bit of whisky, gin or vermouth. The result is astonishing. The color (especially with whisky) changes the mood completely – and you no longer have to head for a cocktail bar. Although don’t do this if you are really thirsty, as the drink only drips drop by drop from the ceiling. Who knows, in the process perhaps the one or other of you will notice a little light bulb going on in your head. Skål! 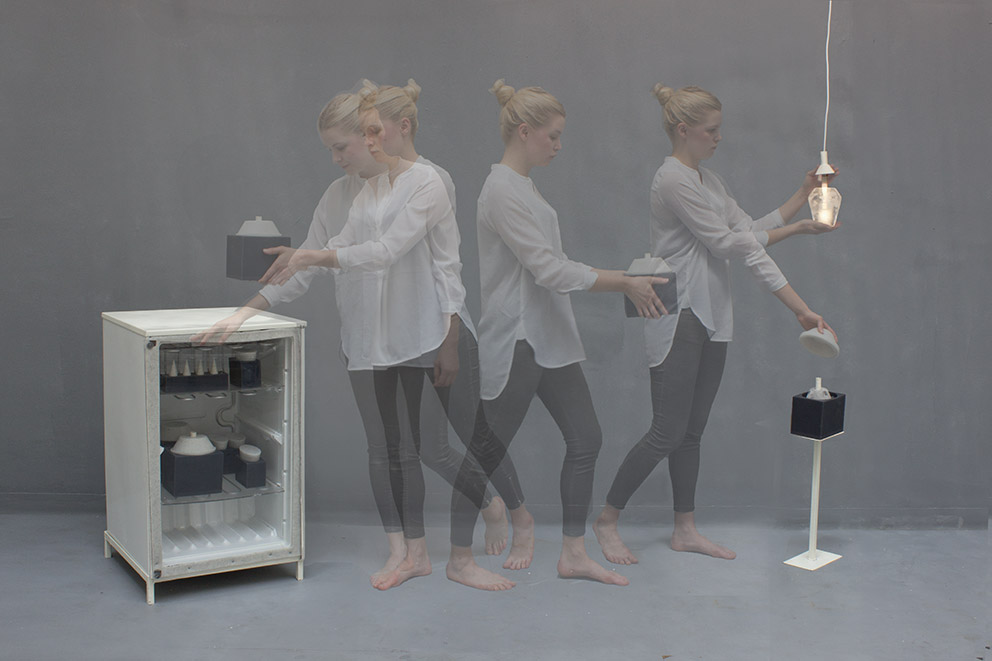