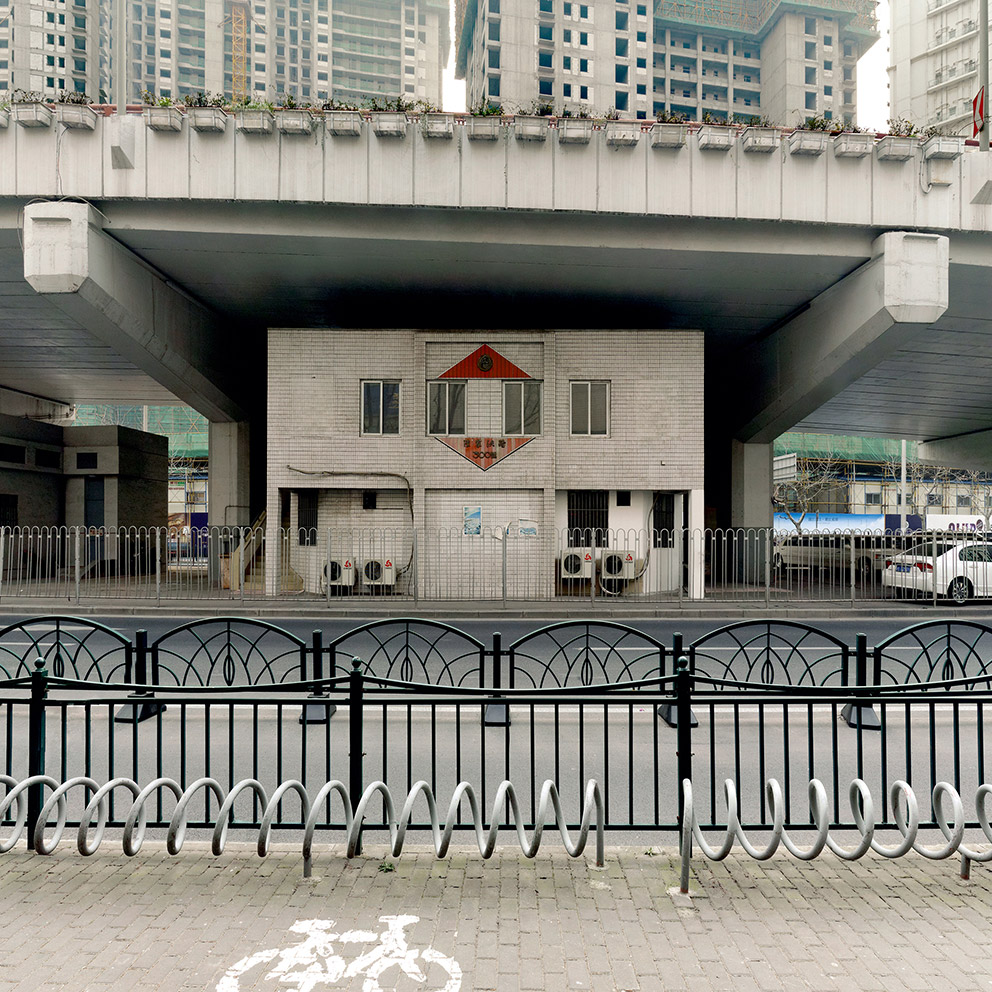 These are spaces that have the feel of cathedrals: a colonnade made of slender concrete pillars on which the decks of the flyovers rest. The heights of the spaces, the sheer dimensions of the bridges are impressive, as is the barrenness and clarity of the longitudinal place that stretches out beneath it. Here and there a simple single-storey house or small playground squeezes in between the ivy-clad bridge piers – as if the greenery sought to mitigate the harsh, abstract qualities of the space. Photographer Gisela Erlacher captured this scene in Shanghai as one of her series “Concrete heaven”, which features images of bridged spaces in China, Great Britain, the Netherlands, and Austria.

Far less unreal than in Shanghai are the spaces under the transport bridges in the London district of Shepherd’s Bush. Instead they correspond pretty much to what planners soberly call residual spaces, meaning spaces that have arisen owing to construction work but which rarely reflect a particular usage. This open nature can give rise to great free scope for things that would otherwise be homeless in the density of cities, as is abundantly clear from the shots in London: Here, not only have small houses popped up, but so has an informal skateboarding park and even a pony farm.

With a sharp eye, Gisela Erlacher has recorded images of free spaces that were neither planned nor designed and which, if astonished you come across them by chance, you certainly end up entering them especially on your own map. (AS) 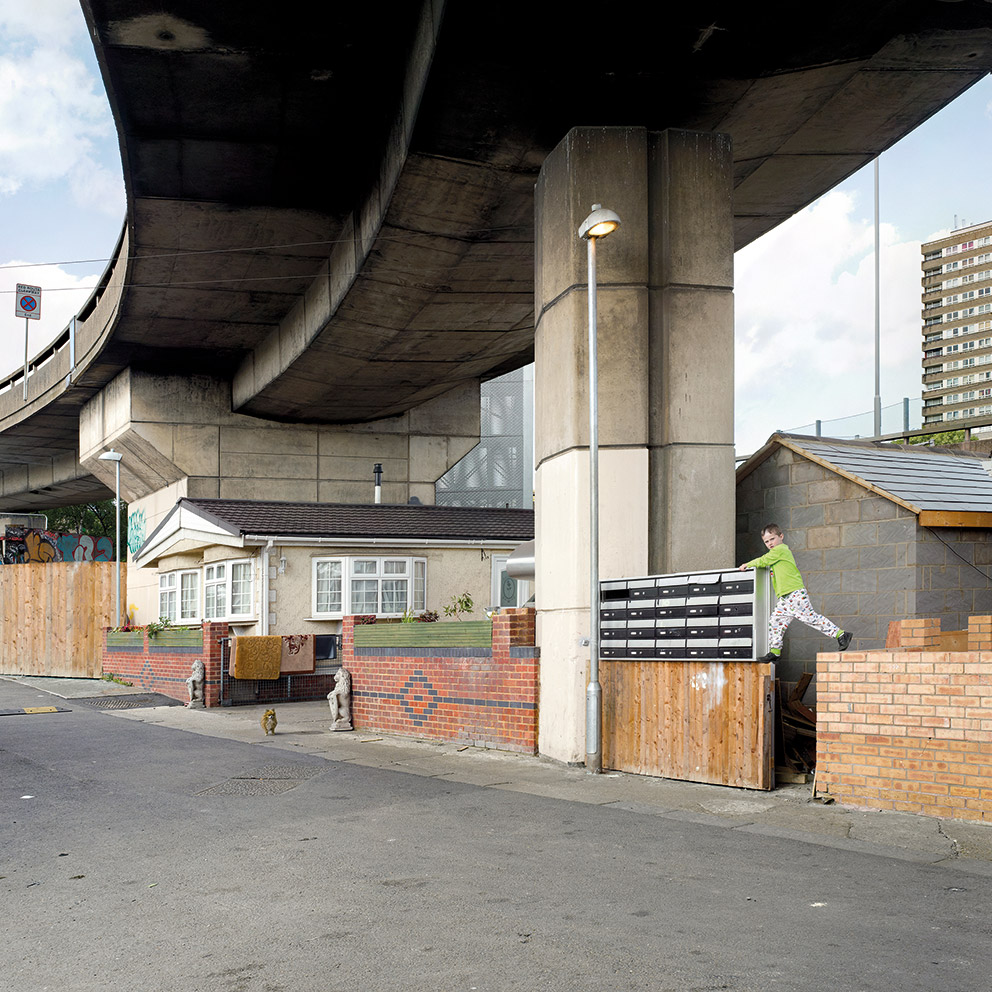 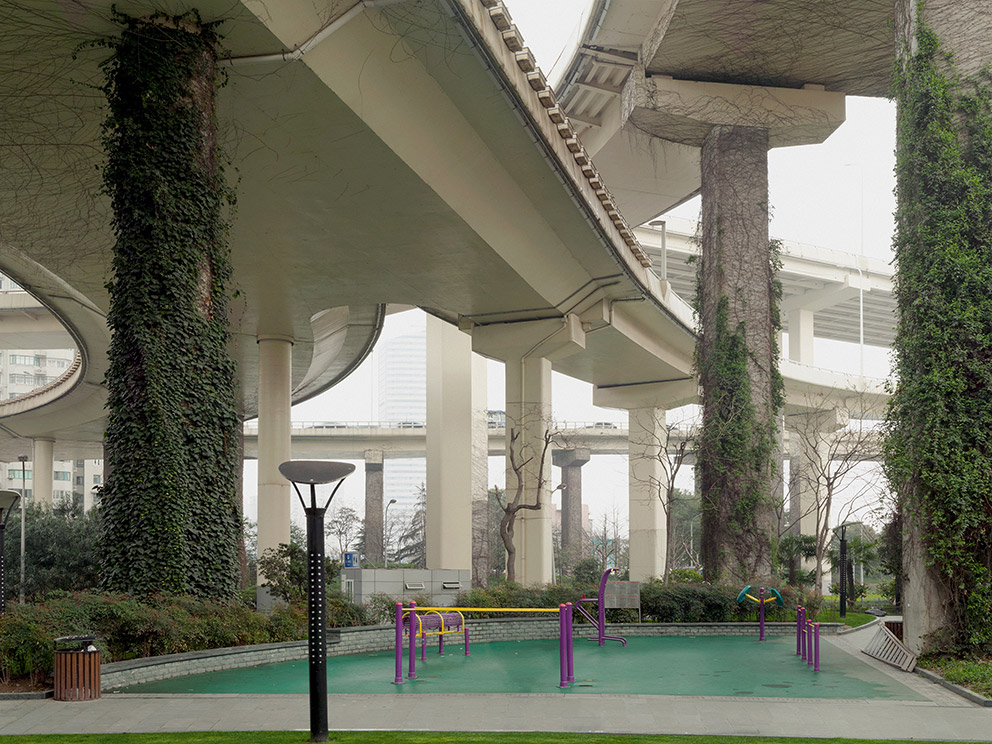 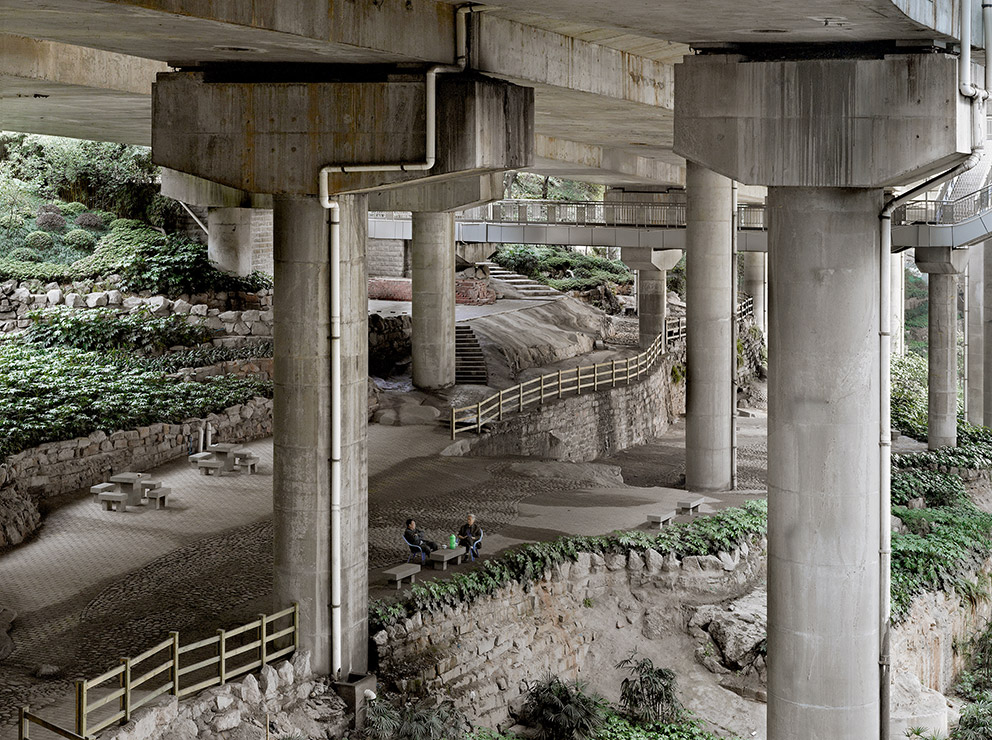