Kunsthaus Graz is renowned for its almost futuristic architecture and has since last year had a new museum café. What sounds like a traditional Viennese coffeehouse has actually been given a very charming and leisurely contemporary feel.

It does not look as spectacular as the biomorphic blob architecture of the extension which the architects Peter Cook and Colin Fournier christened “Friendly Alien”, but has no other qualities instead. In the old building, the so-called Iron House, a charming industrial mood prevails with a plain floor, walls and ceilings made of fair-faced concrete. By contrast, the interior architecture is playful, combining furniture from different epochs and consciously eschewing any uniformity such as is otherwise to be encountered in the country of coffee houses. The new café is decidedly cosmopolitan and leisurely, offering WIFI and power sockets to complement the classical range of newspapers. Variety is a key part of the overall arthouse café concept.

Those wanting peace and quiet will find ample space along the front window or one of the comfy seats on the bench. Visitors who prefer to chat will choose the central table with the flexible seating. Plainly designed classics such as the Frankfurt Chair and Pop-like plastic seats square up to Zeitraum stools. The lighting is a colorful mixture of green 19th century lampshades and any manner of different versions of old-fashioned light bulbs. The resulting individual mixture of highly varied items and collector’s pieces, as is to be encountered in other big-city cafés, is a flexible counter-project to large-scale hospitality outlets and mass-market culture. And a light and playful rejection of some firmly defined sense of good taste. The admixture succeeds, not least because of a sure feel for high-quality materials and items of furniture that go together. The interior design precisely is not made up of pieces simply bought on a flea market, but adheres to a clear concept.

The bar stools along the window front and the smaller stools grouped around the large central table are all courtesy of Zeitraum. In this setting, the “1.3 BAR” and the “1.3 STOOL” have the feel of classics about them, even though Umfeld Kihyun Kim designed them for Zeitraum in 2012. For the “1.3” series chair he won the Londoner Design Museum’s “Design of the Year Award” that same year. The stools’ design consciously follows a timeless concept of visually comprehensible load-bearing properties and appropriate materials. Moreover, the oiled wood surfaces meet the standards customarily set for traditional and sustainable manufacturing. Which is also true of the cuisine in this coffeehouse, which serves up not only the now obligatory porridge and Pulled Pork to be gulped down by the hipsters, but also classics such as lamb’s lettuce salad and Kaspressknödel – both with completely organic ingredients of course. (RW) 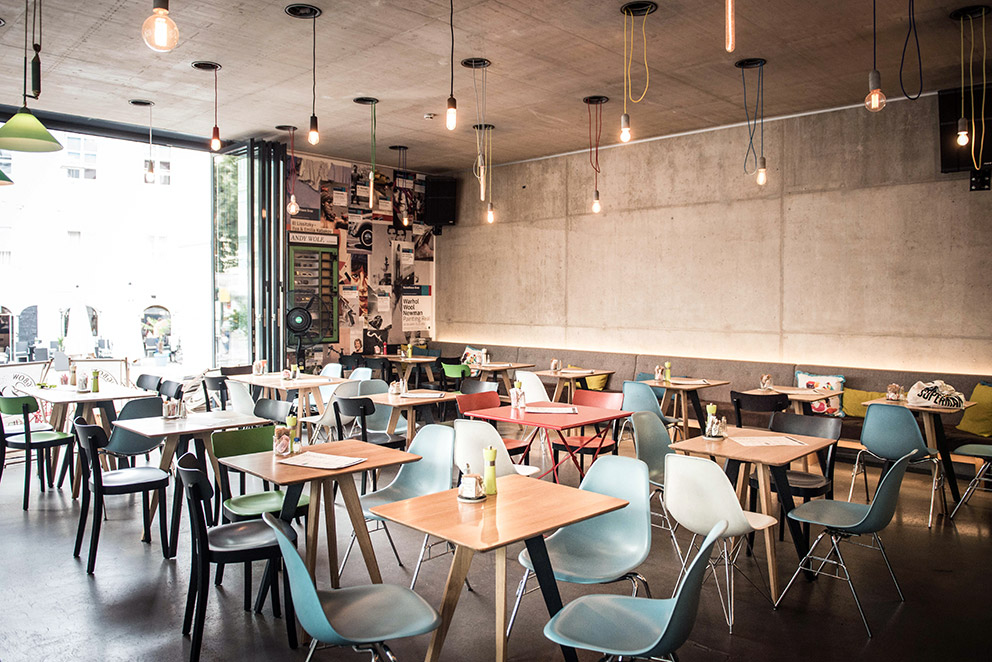 A new-generation coffee house has arisen in Kunsthaus Graz – leisurely and playful. And a colorful mix as regards the interior design. Photo © Karin Hackl 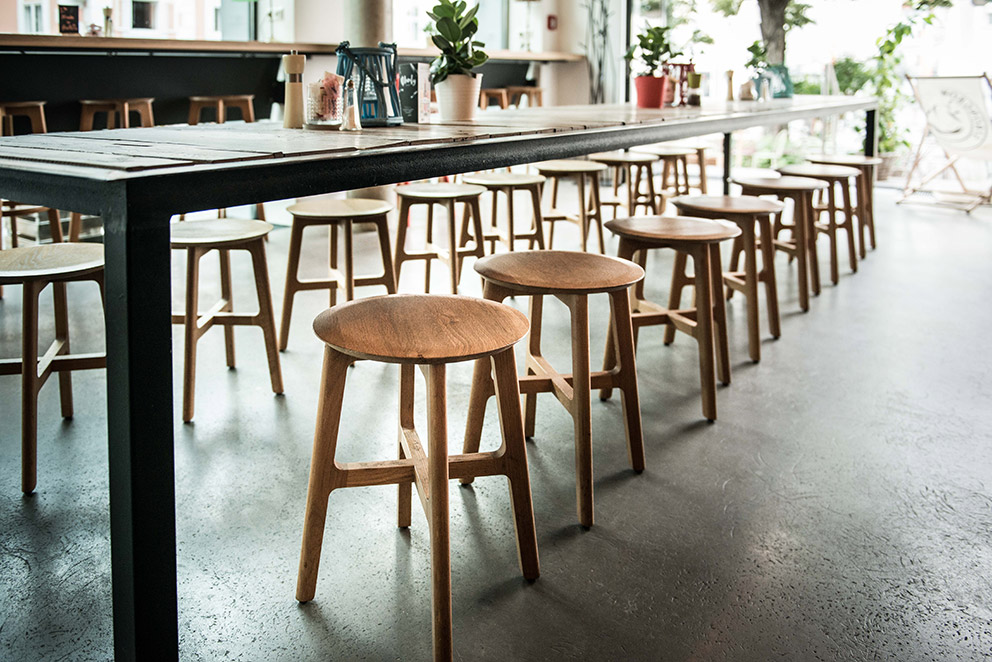 The large table with the Zeitraum stools encourages even larger group to spend a while here. Photo © Karin Hackl 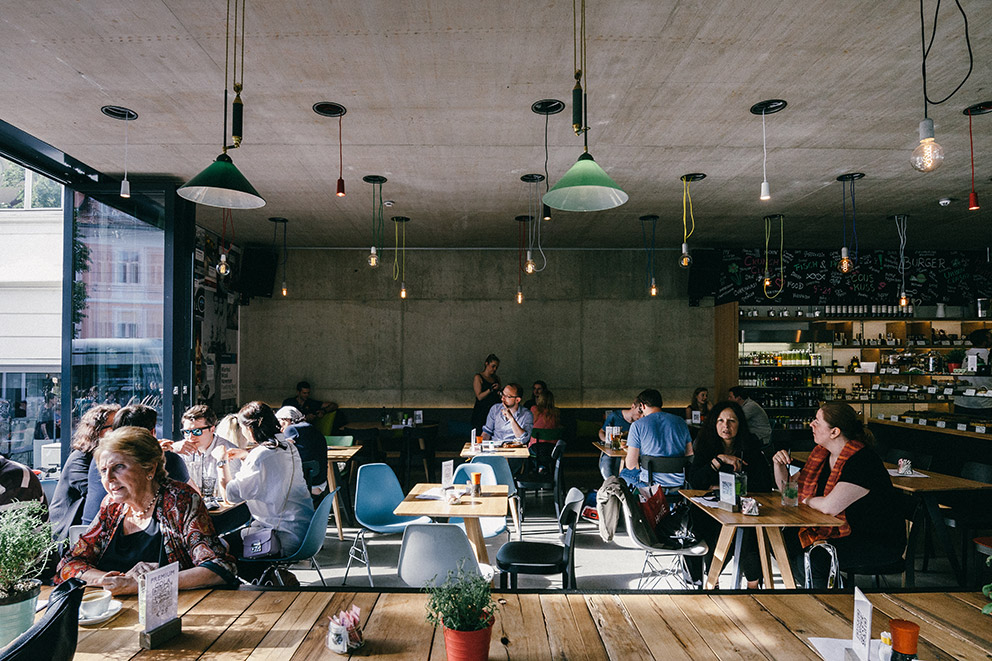 Not just chairs and tables, but luminaires, too, form a strikingly playful mixture.
Photo © Mansi/MOMA 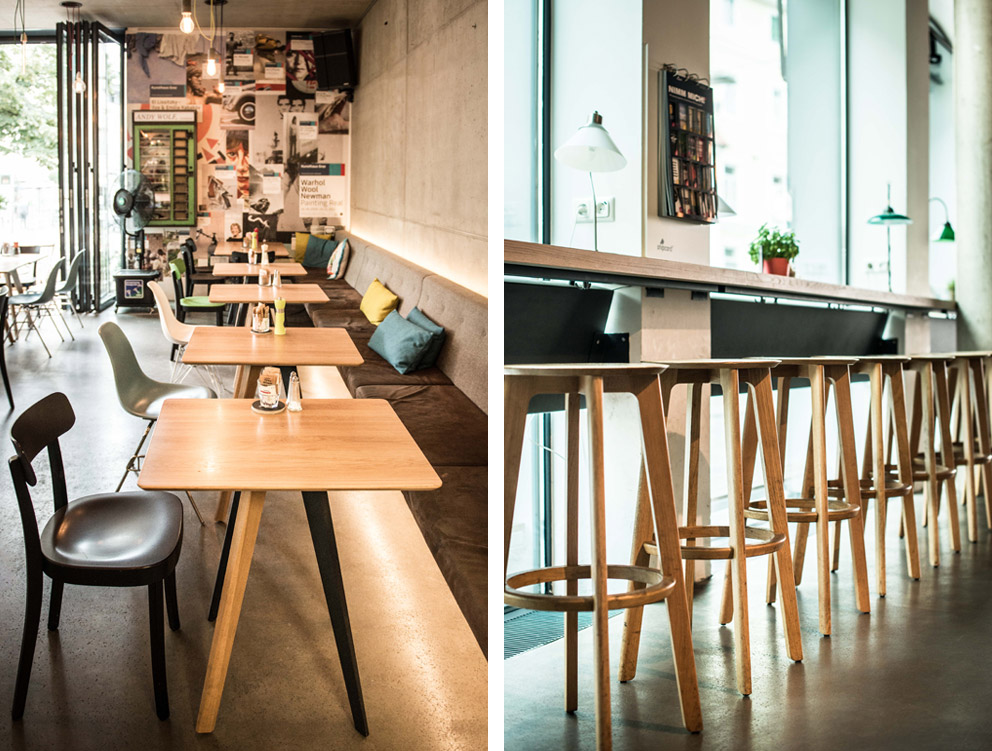 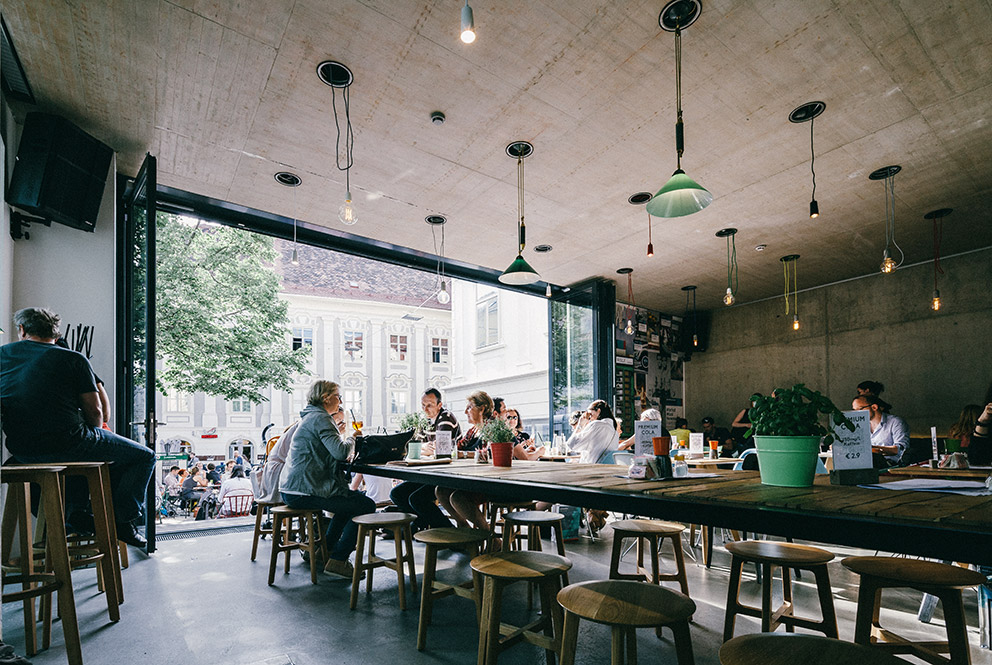 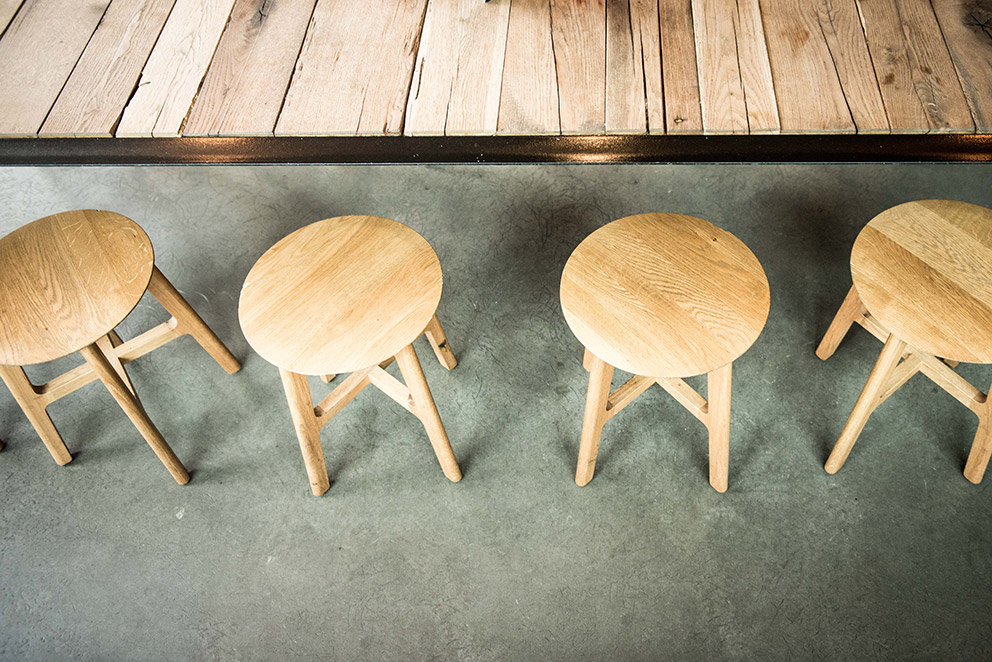 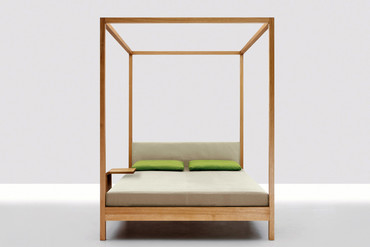 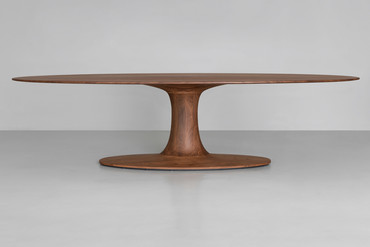 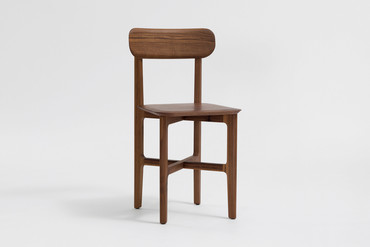