It’s January and that means, well you know of course what it means! Because in 2015 once again Cologne will be hosting imm cologne, the Passagen and various other events. So the year, though still young, can really get into swing, with all the usual local delicacies, and that includes the special light lager, a mass of great furniture, not to mention serious questions and challenges. So, without beating about the bush: We’re pretty sensitive when it comes to system issues. And particularly we Germans. In the West and in the East, be it politics or football. Rhenish capitalism or Leipzig socialism, 4-3-3 or 4-3-2-1, that can be decisive. Although the Rhinelanders in general and those in Cologne in particular thankfully for us all don’t take it all too seriously with systems, or rather not overly so. And Article 3 of the Rhenish Code of Good Conduct decrees: “Things somehow always work out”. And may that continue to be the case, even if even the Rhinelanders have to concede that at present there aren’t that many certainties to be had. Chaos and ambivalent feelings as far as the eye can see.

Only recently, to be precise on January 5, shortly after half past six in the evening the lights in Cologne Cathedral were actually turned off! Well the outside lights. There it stood, the powerful Gothic mountain of stones, admonishing in its sober darkness, because in Deutz an offshoot of the PEGIDA Monday protest marches in Dresden was being organized as “Kögida” (“Cologne against the Islamization of the West”). In fact town was pretty dark per se, as the lights in the Old Town Hall, at Groß St. Martin, the Chocolate Museum and the blue Musical tent were off, as were they even in the Cologne main stadium and on the bridges over the Rhine. Strangely, for some reason the WDR broadcasting station had not heard what was happening and left the lights on. Perhaps it simply didn’t have the right system, or there was a system error. What is for certain: Sometimes turning the lights off can be an act of Enlightenment and protest.

Be that as it may, the system and systems in themselves bear closer study. Especially and particularly where design is concerned. Which is what the organizers at Cologne’s MAKK evidently thought, too. Although the exhibition there does not focus entirely on politics, but on certain concerns of the polis. 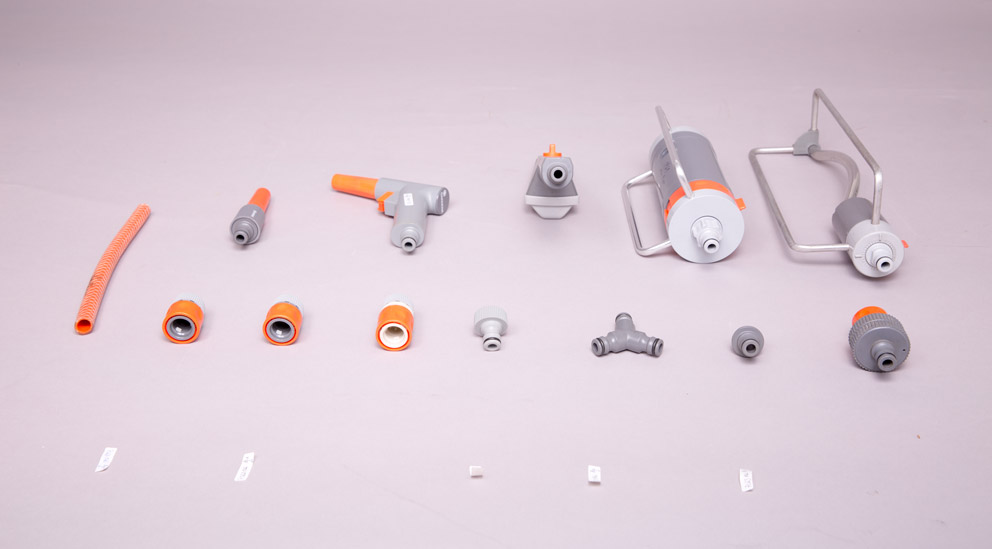 The show goes by the name of System Design – Over 100 Years of Chaos in Everyday Life. Whereby seen from the viewpoint of systems theory, systems are constructs
introduced by observers and projected onto linkages in reality. Which is why they shape everyday life even if we usually don’t really notice. Take the metric system or all those DIN norms, or the operating system driving our PCs and smartphones, all of them systems. Not to forget the often not so tasty system hospitality outlets. Even our cosmic habitat, the beautiful Blue Planet Earth, has its exact position within our solar system. And so on.

Does the idea of systems, as the exhibition announcement suggests, really rest “on the wish to overcome chaos by connecting a manageable number of individual elements and thus creating linkages”? Is it less a matter of autonomous objects and more of rows, series and programs that take the front seat in design and define what it does? 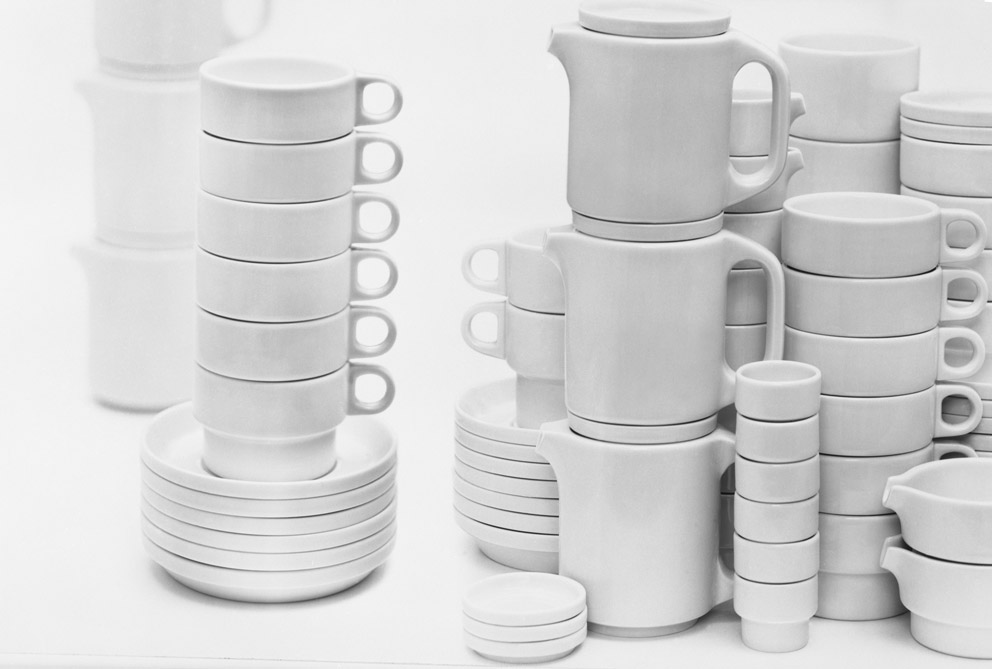 For all those who now believe that the thing about systems is easy-peasy, I should add that (see above) there are competing systems and each new system (one need think only of plug or operating systems) creates new chaos, meaning incompatibility. It’s probably best to simply take a look for yourselves. That said, Robert Musil’s biographer Carl Corino once provided a formula that could have stemmed from Musil himself that may give you cause to pause for further thought: A man without qualities is a man without a system in a world without a system. Get it? 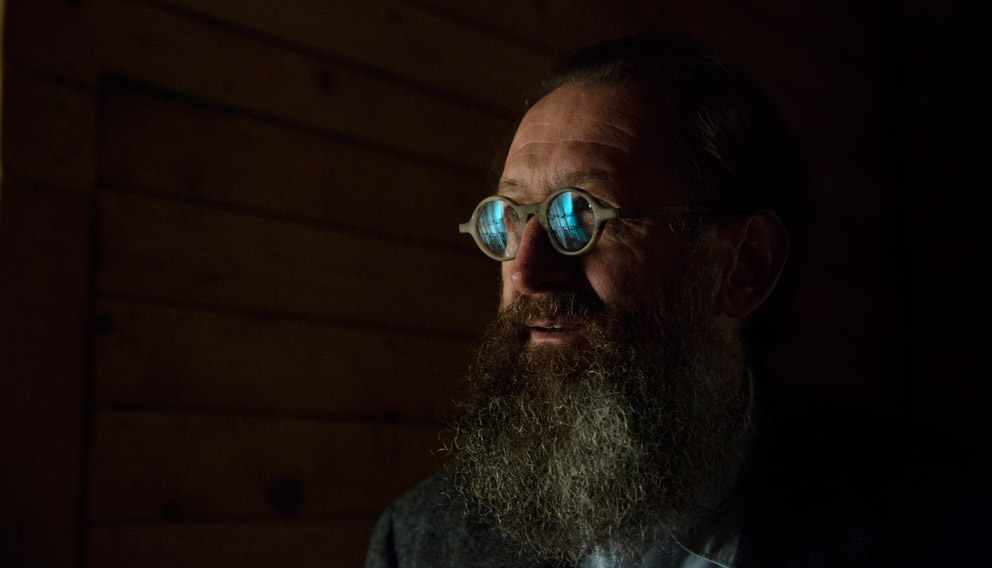 Moreover, Michele De Lucchi has been voted A&W Designer of the Year 2015, meaning that not only a breath of heroic history (De Lucchi was after all a founding member of the legendary Memphis design movement) will be wafting through the halls of the Kölnischer Kunstverein, but also that there should be any number of discoveries to be made. Not to mention the fact that De Lucchi is an architect, designer, sculptor, photographer, writer, professor – and quite a few other things besides. In short he is, to use modern-speak, quite the multi-talent, maybe even a contemporary variant of the “uomo nuovo” in the Renaissance sense. At any rate, his best-known design is the “Tolomeo” luminaire which he created for Artemide back in 1987.
Not to mention that Maestro De Lucchi has nominated French designer Philippe Nigro for the A&W Mentor Prize 2015. 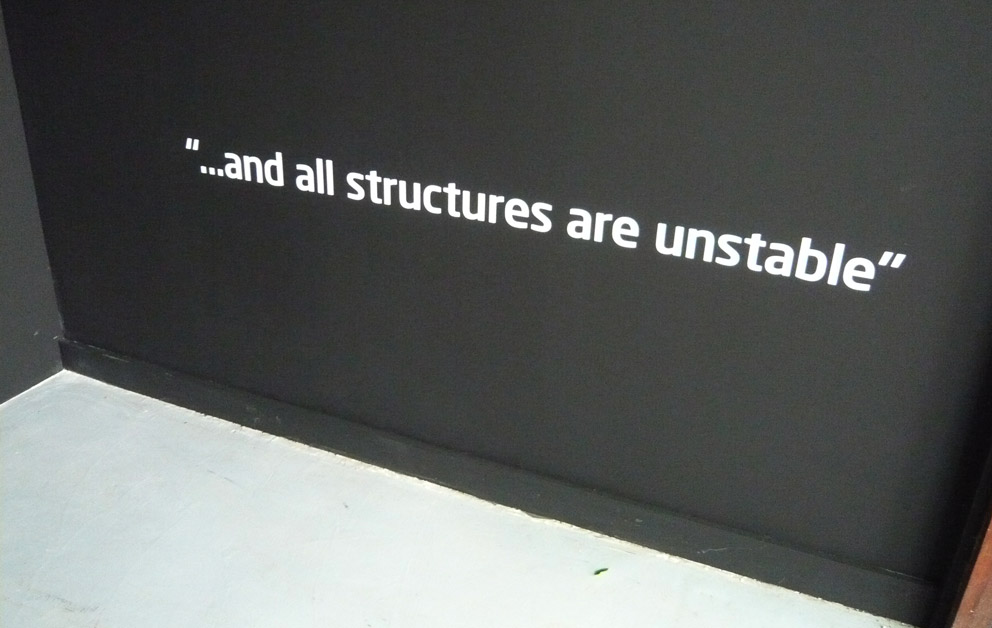 At imm cologne in the trade-fair halls proper everything continues to be pretty Pure. Thus this year the individual sections that have been set off from the main fair focusing on Global Lifestyles, Comfort, Smart, Sleep and Prime
go by the names of:

Pure Village – the “democratic design platform for established and new brands and designers with an innovative product mix from the entire range of interior design today,” Hall 2.2

Meaning that what is also unequivocally clear at the fair is: There’s a system to things! 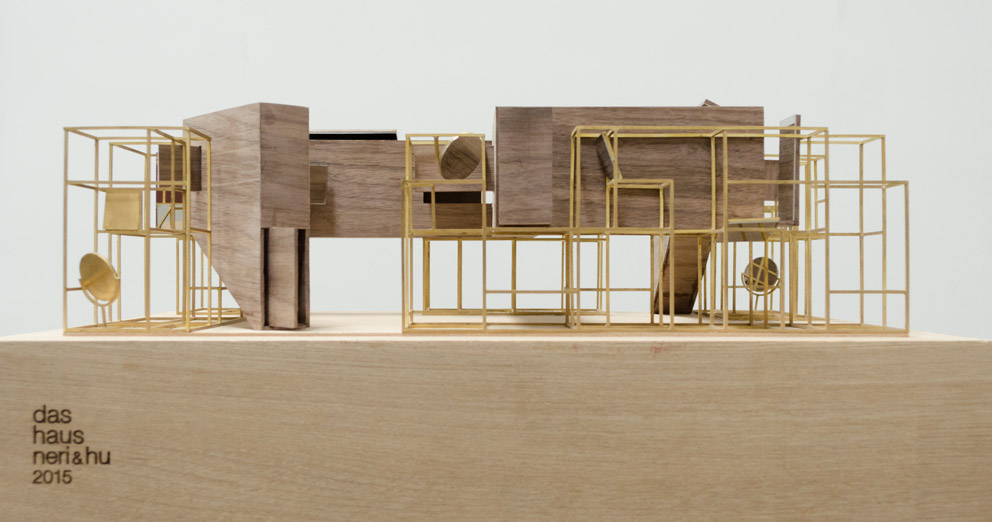 And, not that this is a real surprise, this time there is again a new version of the “walkthrough installation” on the program: “The House – Interiors on Stage”.
The current version has been purpose-developed by Shanghai’s Neri & Hu Design and Research Office . And people are waiting with bated breath to see what follows on from the mis-en-scene devised last year by Danish designer Louise Campbell, which really set a very high standard. Architects Lyndon Neri and Rossana Hu have called their installation “Memory Lane”, and have drawn on Shanghai’s “Lane Houses” for inspiration. It remains to be seen whether they succeed in blending Chinese traditions with contemporary design (with or without a system). Especially as the two have gone on record saying their “house” is supposed to “unsettle”
us, “because we want to challenge people so that they don’t just see a trade fair with the most beautiful furniture and the best materials, but really begin to question where we stand today – especially also in China. Whether we’re using furniture in the right way? How much do we need? And what is it really, the home?” Will the house possibly contain a wee bit of “trash”? Well, let’s see whether we get unsettled or not.

Not to forget that this year, alternating with the Milan Salone, the program will be rounded out by the “LivingKitchen”, the “international kitchen event” in Halls 4 and 5.2. 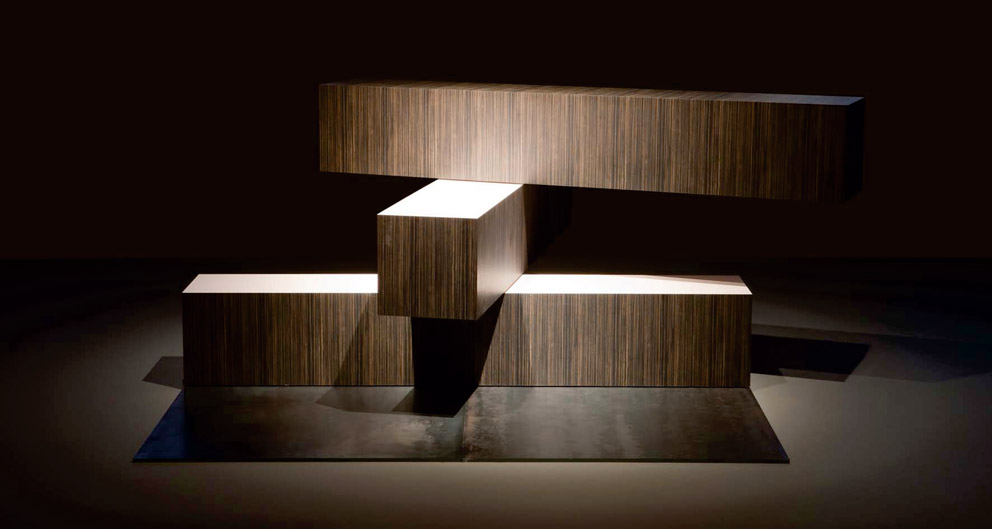 As always, all around the fair there will be the Passagen. To learn to dose things better rather than go the whole hog this year from the incredibly rich vein of events we’ve selected a total of five that we think look especially promising:

Anyone who missed it in Milan at the Fondazione Prada in 2013 or who simply wants to see it again: the Ungers Archive for Architectural Studies, or UAA for short, is presenting two items of furniture from the “Tools for Life” Rem Koolhaas designed for Knoll International. They claim to be as flexible as a tidy and definitely high-end toolbox. Be that as it may, alongside the furniture, models and drawings will also be on show documenting, and this can hardly come as a surprise, Koolhaas’ “research-based design process”.

In Cologne’s narrowest house (planned by renowned architects Arno Brandlhuber and Bernd Kniess) Radius Design and Absolut Lightning are presenting their new chair and table series created by HanYi Huang and Ralph Kraeuter, as well as the new pendant luminaire Hayashi, which has won the Interior Innovation Award 2015.

3 – Sadly without a villa

Villa Noailles in Hyères must not go unmentioned, because firstly it has such an august name and secondly the villa, designed by none other than Robert Mallet-Stevens, is one of those buildings which when mentioned sets the heart of any Modernist beating that little bit quicker. Anyone who was as elegant and good-looking as Mallet-Stevens certainly doesn’t need a system, but can build houses that are simply beautiful. Today, Villa Noailles holds an international competition for newcomers each year. And now, the award-winning designers from the Design Parade 2013 are exhibiting their ideas in Cologne, thanks to cooperation with Institut français Cologne. Mathieu Peyroulet-Ghilini won the Grand Prix with his vases, mirrors and wall screens. Laureline Galliot won the Prix du design du Conseil Général du Var for her vases. The only downside to it all: Since it is pretty hard to up and transport the villa, it itself will not be on show in Cologne. Which is a damn shame!

A little further away from downtown, to be precise in Bergisch-Gladbach, art museum Villa Zanders is devoting an exhibition to Pots and Pans – Art and the Kitchen, which is actually about cooking from the perspective of art and cultural history. On the occasion of the Passagen, the exhibition is being expanded to include eggs-perimental contributions on “The Metamorphosis of the Camp Fire – by students from the Cologne International School of Design KISD mentored by Wolfgang Laubersheimer. So enjoy cooking it all up!

Finally, at Belgisches Haus in Cologne, a total of 24 designers from Brussels will be exhibiting their ideas under the heading “MAD ABOUT LIVING” in an at least partially real interior setting. There is at least one bedroom, a living room and the items in question are either prototypes or projects specially developed for Belgian houses or items already in production. The show is being organized by the two institutions Brussels Invest & Export and MAD Brussels. Scenography: Hopop Studio.

Added to which you can also enjoyany amount of furniture at the Designpost, Finn Juhl’s “Pelican Chair” and the Petersen Brothers upholstered furniture at Hotel Chelsea.
Konstantin Grcic and Toan Nguyenexplore an ultramarine vein at Altes Gaswerk in the form of Laufen’s sapphire ceramics, at Atelier Colonia in Ehrenfeld the Stiftung Zukunftsfähigkeit Futurzwei tells “hi/stories of success” and at ZigarrenWelt on Kaiser-Wilhelm-Ring there will presumably be not just beautiful humidors at hand.

So all that remains in terms of the issue of the system and systems theory is simply to quote the greatest systems theorist of them all, Niklas Luhmann, who in an essay on “difficulties in describing the future” recommended moving from ‘what questions’ to ‘how questions’, because it enables you to adopt the perspective of observing the observers. Which in our case simply means taking a close look in Cologne at who presents what and how. So here’s looking forward to seeing you! And make sure you keep an eye on the system! 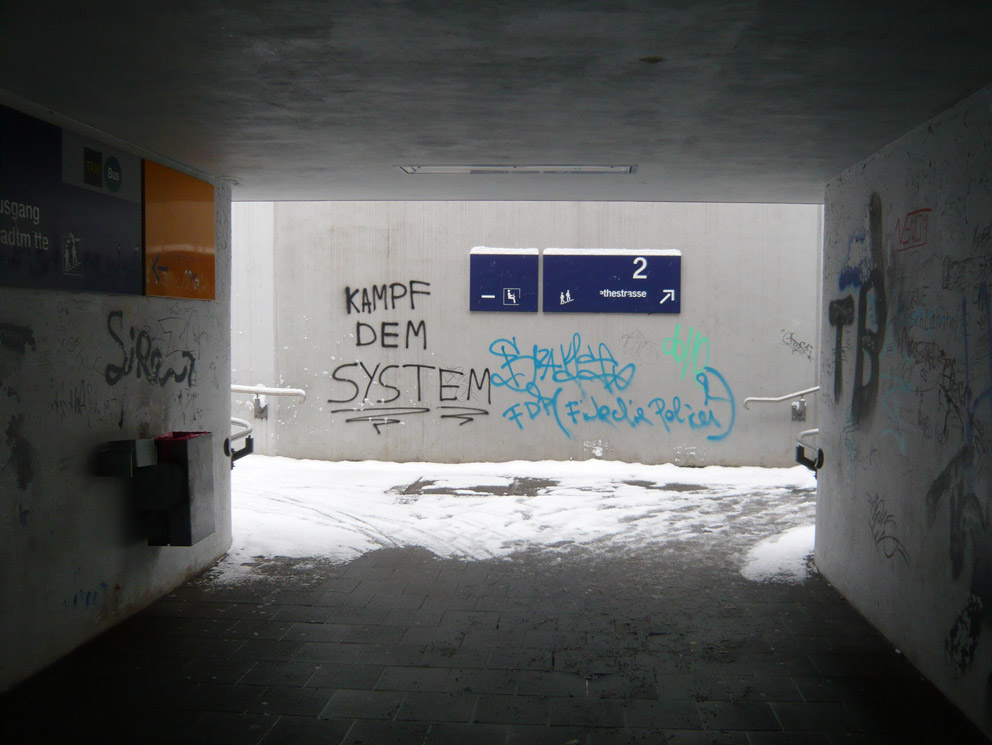