Cooling down in a lake or river on a hot day has always been one of the joys of summer. Taking a bath within your own four walls is, by contrast, a rather recent development and has undergone an astounding transformation in the last decades. In pre-industrial times, bathing was a sheer necessity and was mostly carried out by resorting to a wash basin or tub. Not until urbanization really started to take off did the need for a bathroom within one's own living quarters also grow. At first this was only possible for the well-off. In 1910, the "Frankfurter Bad" provided a separate washing area as a section of every kitchen. With the development of new living standards in the 1920s through the representatives of ‘New Building' such as Le Corbusier, Walter Gropius and Bruno Taut, utilitarian washrooms became a fixed part of the home. Since the 1960s, bathroom manufacturers have worked closely with designers, and continue to develop the bathroom concept.

Following designers such as Philippe Starck and Antonio Citterio, the brothers Erwan and Ronan Bouroullec are now putting their bathroom visions into practice for Hansgrohe's Axor line. The result of the six-year development project is a complex, 85-part bathroom series called "Axor Bouroullec". It includes a washstand with a basin on top, various faucets and mixers, bathtub and shower fittings, and a shelf and basin for classic wall mounting. The white basins and shelves are produced in a complex mineral casting process. The chrome-colored faucets with their flowing forms do not look too slim and stylish but in fact actually reduce the flow of water and thus contribute to resource conservation. The extensive series is rounded out with matching accessories such as make-up and wall mirrors.

An unusual and innovative feature is the separation of the mixer from the faucets, which can be installed on the front of the washstand, the edge of the basin on the shelf ledge, or on the wall. In place of a static product, Axor Bouroullec delivers a modular system that provides individual solutions for different situations. Requirements for child-friendly bathrooms can also be fulfilled.

Another detail and it is a significant design feature is the merging of basin and shelf ledge. Here, the Bouroullec brothers have come up with an idea that certainly ensures their series stands out from bathroom design in recent years; it focuses on a wash basin which is reduced to basic geometric forms. On the shelf area of Axor Bouroullec, which sits like a plateau over the basin, there is space for all the necessary utensils such as soap, sponge and mug. The vertical staggering of shelf areas has been consistently carried through to the shower fittings and bathtub.

The collection's balanced formal language centers on convex rectangular surfaces which form a soft but orderly landscape with their generous radii. Micro-landscapes such as this are typical of the designers. The Bouroullecs are always seeking solutions which integrate the user in the design of their products, as for example with their office series "Joyn" for Vitra. They achieve this by creating design scope that motivates the user to order and arrange things him or herself, and in the case of the Axor collection, to make the bathroom their own.

With this conceptual approach for a contemporary bathroom the Bouroullecs continue what began with their "Disintegrated Kitchen" design back in 1997, the starting point of their career. Back then they examined the classic kitchen to determine how functional it was, thereupon developing an alternative design approach. The design of the washstand and bench as furniture with the use of warm wooden surfaces opens the bathroom up into the living area. Just as the kitchen became the central focus of the apartment some years ago the barriers to the bathroom are now increasingly dissolving. 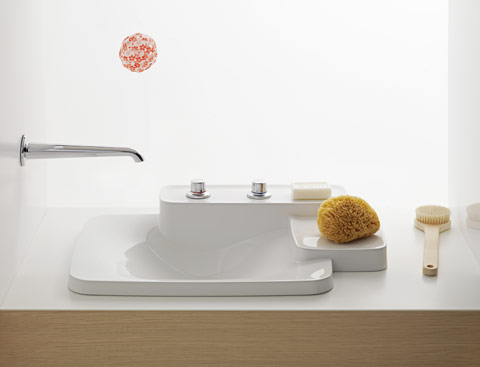 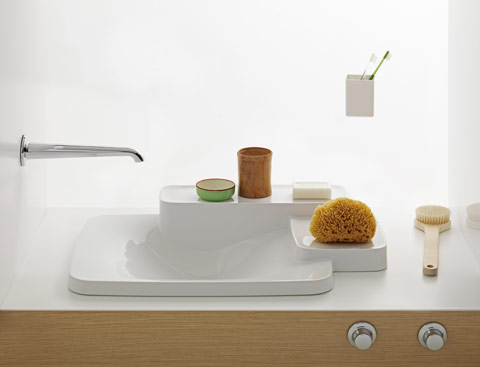 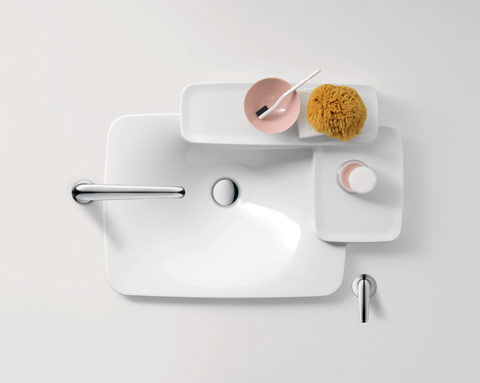 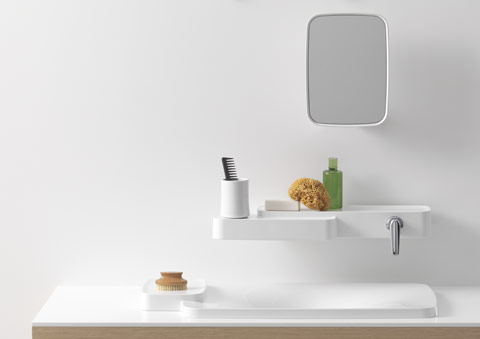 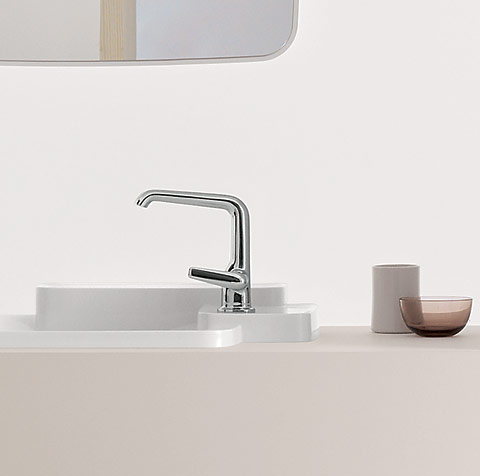 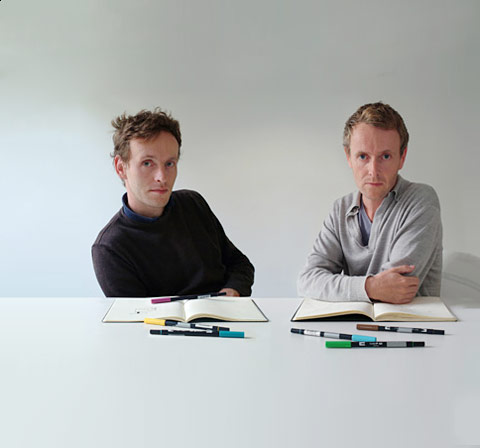 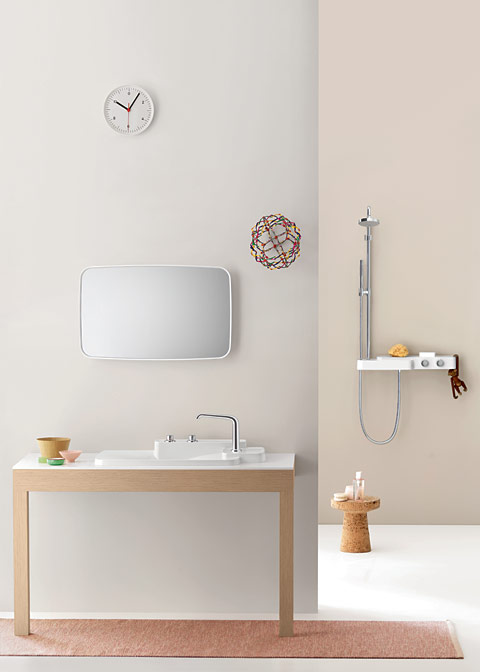 All pictures: „Axor Bouroullec“ by Erwan and Ronan Bouroullec for Axor/Hansgrohe ©Tahon & Bouroullec 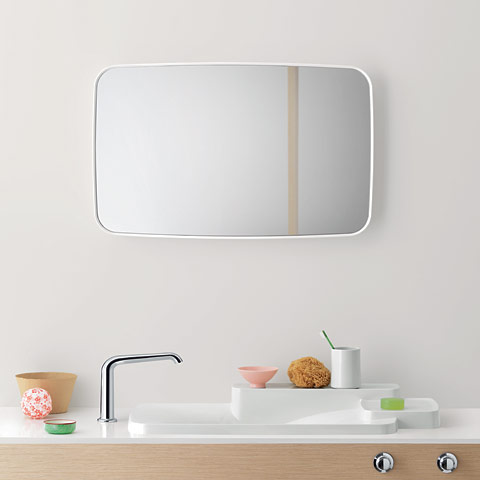 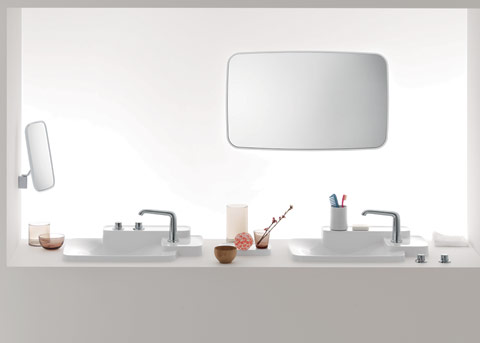 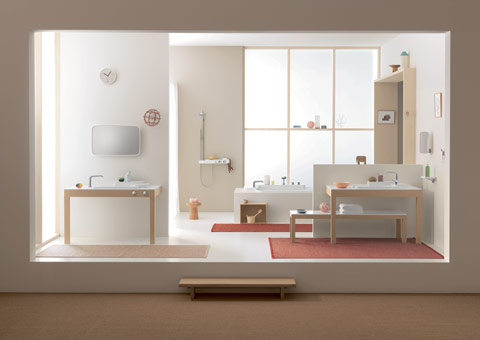 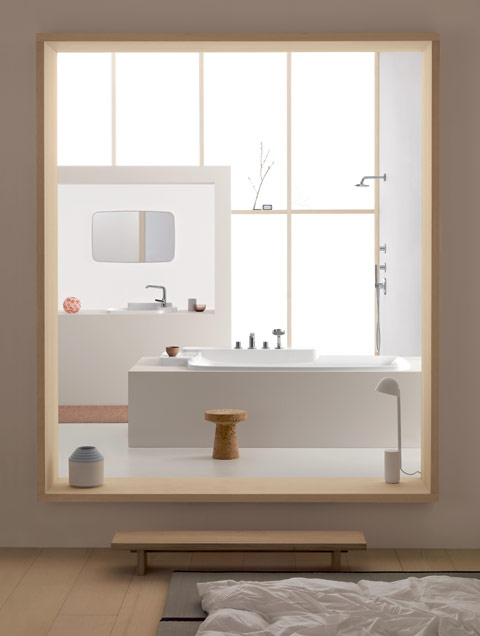 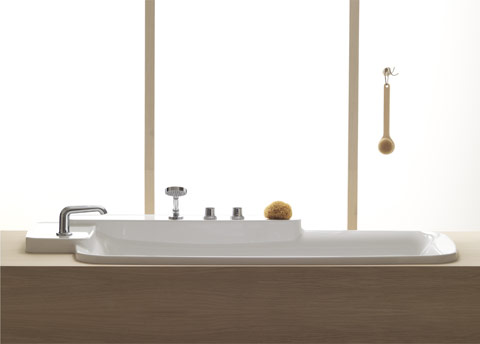