In 1953 a new commission landed on Gio Ponti's desk in Milan. Anala and Armando Planchart, a couple from Caracas, asked the Italian architect and designer to design a house for them. The Plancharts only knew his name from the magazine Domus which they had read for many years, and Ponti, who had just had an unpleasant experience with an Argentine client, was in no mood to take on a new assignment in South America. He did not even know exactly in which country Caracas was located. More than 50 years later the Villa Planchart, sits atop a hill overlooking Caracas, visible from afar, crowning it like the cherry on a cream cake - although you cannot exactly describe the tropical Moloch which sprawls through the high valley at the foot of the villa as a cream cake. Caracas is an explosive blend of turbo capitalism and proto-socialism and has one of the highest crime rates in the world. On "El Cerrito", however, the hill after which the villa was named, there is no evidence whatever of this. Slums and skyscrapers are stacked picturesquely in the distance like toy houses in front of the green backdrop of the Avila Massif. Caracas "tiene un buen lejos", as one says in Spanish: It looks especially good from a distance. Time anyway seems to have stood still on the hill. The clock's hand still points to the golden fifties, when, thanks to the oil discovered there in the 1920s, Caracas was one of the wealthiest and most modern cities in South America. Embedded in a lush garden with mature trees, Ponti's villa looks as if had only been finished yesterday as, while they were still alive the Plancharts turned it into a foundation, which ensures that this complete artwork of decorative Modernism is preserved. Even from the outside the building, which Ponti referred to as "sitting on the hill as gently as a large butterfly" is so beautiful that looking at it sends shivers up your spine. The facades encompass the volume like a second skin and are clad in white mosaic tiles, the roof seems to be floating just above the building, and from the elegantly bent projecting roof a stalk emerges which ends up in a small water lily pond. However, it is only inside that one realizes that "complete work of art" is far too inferior an expression for this villa. It is Ponti through and through - even though the architect was only in Caracas four times during the entire construction phase. After an initial meeting the Plancharts and Ponti discussed all the details in letters, in which he sometimes addressed them collectively as "Dear Armanala". The couple quickly proved themselves to be an ideal client. One of the wishes they expressed was to have a "house without walls" and that is what they got. Behind the entrance is a flowing landscape structured with different ceiling heights and foldable walls, in which a giant mobile by Alexander Calder swings gently in the breeze. Given all the art and design gems you hardly know which way to look first: The sculptures by Harry Bertoia and Jesús Soto? The marble mosaic on the floor? The stair rail sprouting orchids? Or simply all the Ponti furniture? Because everything is designed by Ponti, from the kitchen forks and armchairs down to the toilet bowl. His beloved diamond shapes are everywhere and there is hardly a surface left undecorated. A perfectionist as he was, Ponti even decided which pictures should hang where such that they would form a harmonious addition to the windows. The only thing Ponti couldn't come to terms with was the house owner's hobby - he was an enthusiastic big game hunter. The architect was horrified when the owner wanted to decorate the walls of his study with his collection of stuffed buffalo and gazelle heads. And then suddenly he came up with a solution which, decades later, still causes visitors' jaws to drop. At first glance the study is simply surrounded by "organized walls" with shelves and decorative panels like those Ponti often designed. At the push of a button, however, the panels suddenly begin to move, disappear into the walls and reveal views of backlit niches in which the animal heads hang. You suddenly feel a bit like you are in the villa of a James Bond villain.

Can a house be too beautiful? Ponti's irrepressible desire to design and the villa's unbelievably perfect state of preservation are almost give it a taste of sweetness, especially in the context of the slowly decaying metropolis of Caracas in front of it. What is far more unfortunate, however, is the fact that there is no decent publication on Ponti's tropical masterpiece. A book recently published by Edizioni Kappa - with very average photos that by no means reflect the spatial impression - has done nothing to change this situation. In this sense Ponti was right when he wrote, "architecture is a spectacle which only begins to unfold once you enter it." 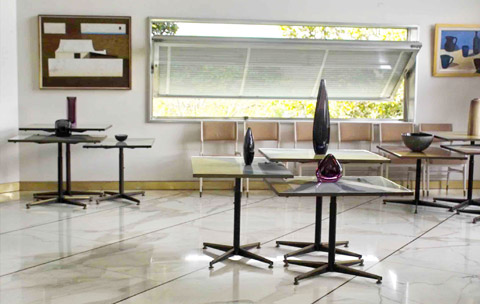 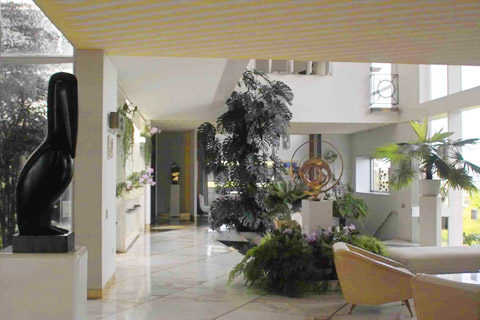 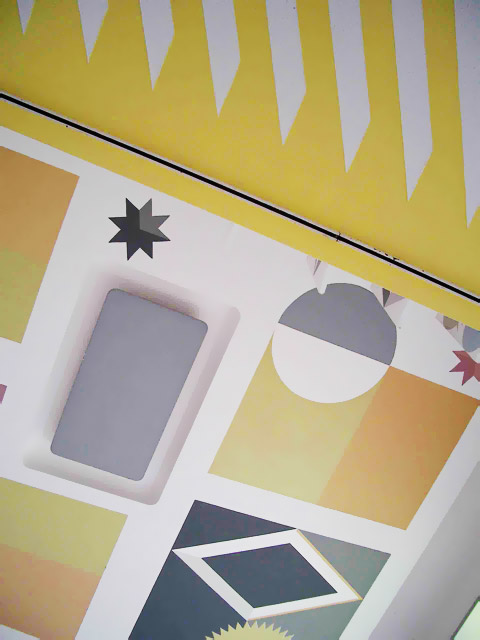 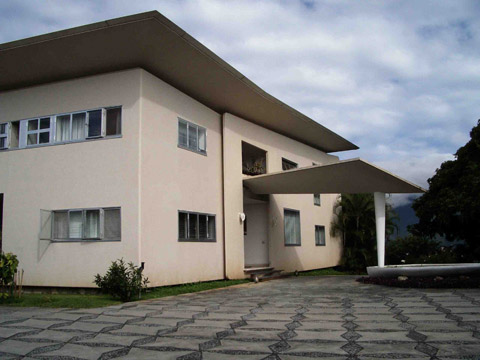 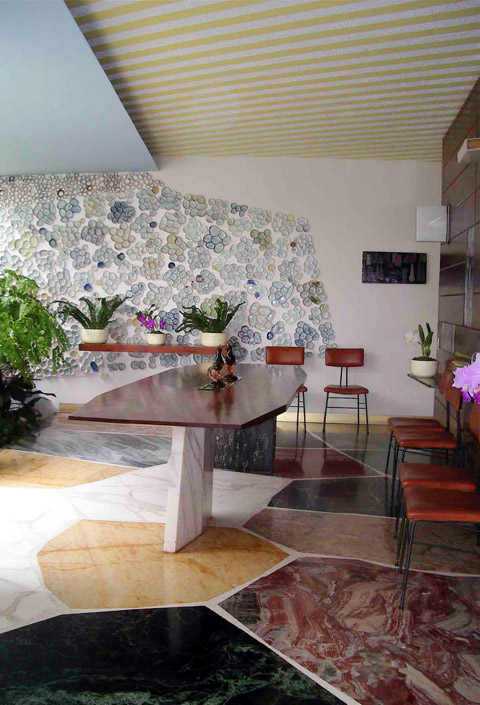 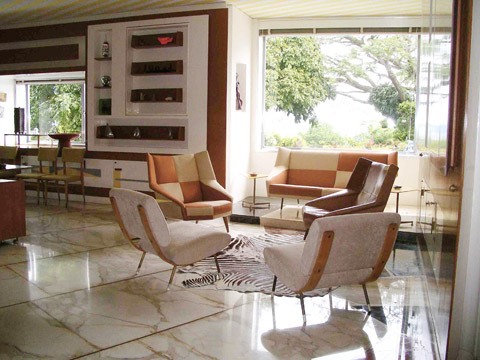 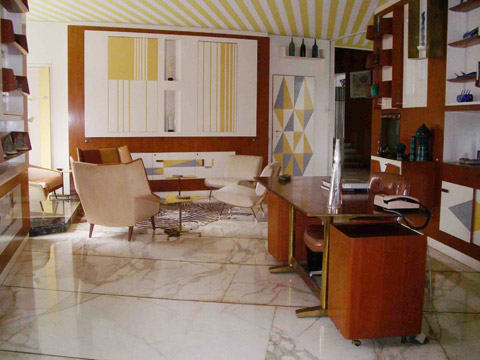 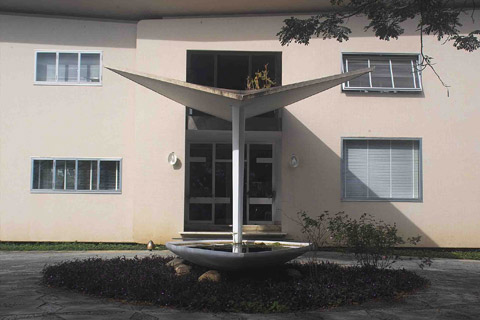 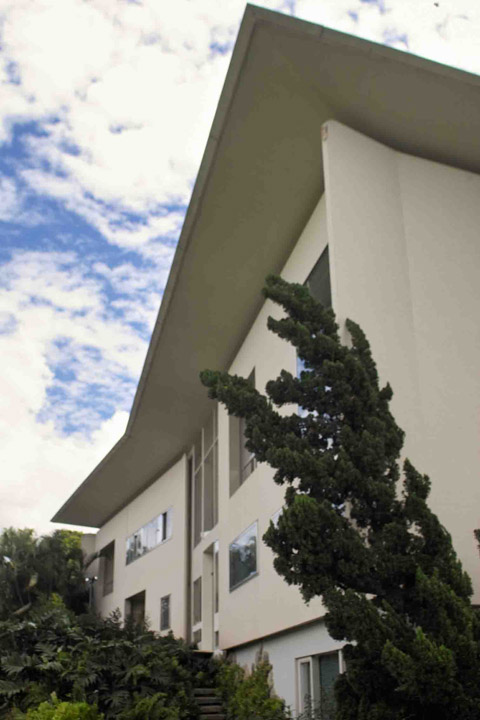