If there really are things, which are not apparent unless you are aware of them, then the Fortuny lamp is a good example of this. If you didn't know it had been designed exactly a century ago, you definitely wouldn't notice it. Although its technically futuristic look and dynamic elegance are evocative of a belief in the future and modernity, its appearance remains consistently contemporary. This is all the more surprising when you consider that its creator Mariano Fortuny Y Madrazo was born way back in 1871. Originally from Granada, the artist, designer and photographer had a Venetian palace converted to an atelier, now the Fortuny Museum, early in his career. Fortuny worked from there as an artist, sculptor and designer, creating a sensation especially with his fabrics, interiors and theatrical sets. His experiments in numerous fields, using a variety of techniques, set him apart as one of the most innovative minds of his time. Fortuny Y Madrazo developed new textile technology, which still form the basis for manufacturing today. Fortuny's dress designs adorned theatrical divas like Sarah Bernhardt and Isodora Duncan and many modern collections feature examples of his work.

At the turn of the century, Fortuny Y Madrazo was fascinated by a new invention, electricity, and its theatrical applications. Experiments conducted during this period may well have provided the inspiration for his Fortuny lamp design. The lamp, with its silver-plated interior and flame-resistant silk cover, which gracefully spans the shade structure diffusing the light, was originally hand-painted with designs evocative of the Orient. The height- and angle-adjustable standard lamp has been manufactured and sold by Italian design company Pallucco since 1985. Moda, Ornaments and Century versions of the Fortuny lamp are available to celebrate this centennial year. One of only a small number of manufacturers to achieve success in both the furniture and lighting sector, Pallucco is investing heavily in creativity and materiality, in order to offer customers unique, distinctive design. New products are being developed under the artistic direction of Dutch designer Jurgen Beij, with design development the objective. 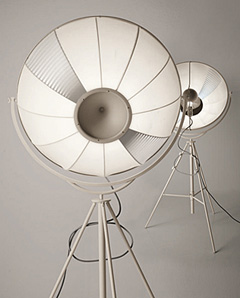 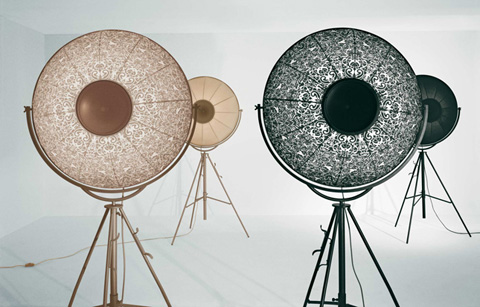 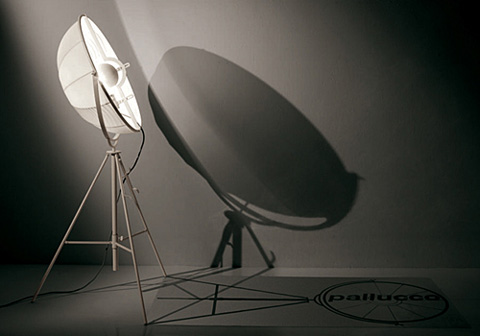