top
Connect the nuances in their mind
by Nancy Jehmlich | Dec 10, 2008 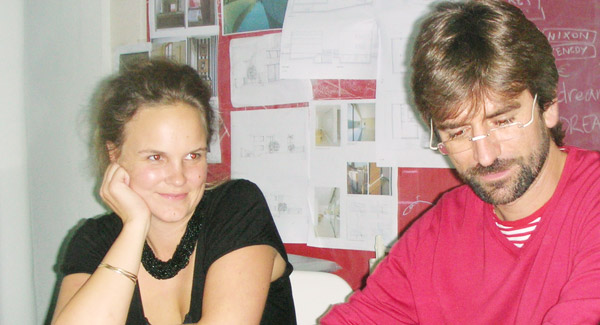 It is Jordi's turn to cook on Mondays. Usually he stands in for someone else who just happens to not be there. If he is out of luck, he has to cook three times in a row. At the CuldeSac design office in Spain, someone cooks each day. On Wednesday close friends are invited in for a meal. Today it just happens to be Wednesday and we are able to join in. A white table has been assembled in the room next door, which will in future give the present studio more than twice as much space - it almost resembles a catwalk. On it, the new olive oil bottle for "El mil del Poaig" is to be presented. A cube-shaped bottle made of matte and filigree china. The spout's special shape saves every drop of the precious oil from one of the oldest olive oil producers in Europe. The bottle is carefully packed away in a sturdy wooden crate. The entire arrangement on the table and in the room, with the guests grouped around the table, does due honor to the oil, to the light and healthy Mediterranean approach to food - and to design.
Afterwards, we spoke with Pepe García, one of CuldeSac's founders, and with Sophie von Schönburg-Glauchau.

What does "CuldeSac" means and what made you choose the name?
Pepe García: The first location we wanted to rent as our headquarters was in a cul-de-sac, we finally did not take it, but it inspired our name. After studying in London we were very familiar with the term and we liked how it sounded in all languages.

Where do you think contemporary design is going? Is it possibly in a cul-de-sac itself?
García: Not really. I think design is booming at the moment. I believe that to a great extent architecture is the source of our inspiration. Architects are leading the design world, at least in terms of technology. We see architecture as a product. In my opinion architecture and design are fading the borders between themselves.

Is that also the case with art and design?
García: It could be. It is just a matter of what you want to say. I mean, art has nothing to do with people, its one man's self-expression. You don't have to use it. In my opinion art and design are totally different. Nowadays, however, you get designers who are in-between; they jump from one side of the fence to the other, so you're not really sure if they are designers or artists. There are all kind of divas and divos associated with design and the media and all this sort of thing. But it is up to you to decide what kind of designer you want to be. When art mixes with design I think is it just a bubble, it isn't a long-term option. Designers have finally come to realize that there is more money to be made in an auction or gallery than in a shop. In the end it's all about money.

You are now an international team with seventeen people. How did you come together?
García: Culdesac is now six years old. We started out with just three people. One of them left. After four years we set up CuldeSac-Communications, which offers strategic branding solutions, graphic design, packaging and naming. We met the guys from Communications in Valencia, when we were studying together. A year later we met Sophie and Garen, whom we knew from different companies.
Sophie von Schönburg-Glauchau: We worked on a project together. They were the designers and I was on the other side.
García: As a client she was really hard.
Von Schönburg-Glauchau: That's why you wanted me on your side.
García: Yes. I don't know, it's all about energy. We had a vision of where we wanted to go but we realized we couldn't get there on our own. That's why we established a group. It is strange because sometimes you are not actually looking for anybody, people just appear and sometimes it works and sometimes not.
Von Schönburg-Glauchau: I think it is also a nice place for a lot of people to have an opportunity to come and to try. And CuldeSac is very special. It is a close sort of group. And now we are more international than ever. There are people from Columbia, the Czech Republic, the United States, Germany and of course Spain working here... It is nice because there are always different aspects coming in.
García: CuldeSac is a place where people come and go. We build up a very personal relationship with them, it is like a family.

CuldeSac is separated into three areas: Espacio Creativo, Communication and Experience. Sophie, with regard to your area "Experience": Can you explain what this means, and how projects are developed?
Von Schönburg-Glauchau: Throughout the history of CuldeSac there has been a growing demand on the part of their clients for creative installations, launches and exhibitions that present much more than a product, but rather a way to communicate experiences through events that transcend from the truly conceptual.
A good example is the projects developed for the Spanish industrial paint company: Valentine. It is really about taking the product out of context.
Paint was traditionally an industrial product but we display the product in an elegant setting. We wanted to create a conversational piece. "A dinner I'd like to go to..." Ten historical figures come alive through the sound of their voices in a mysterious way from the depths of the bowls of paint. The conversation evolves in an unforeseeable way and creates an atmosphere similar to a real conversation at a dinner table.
The objective of this setting was to display the new seasonal trends in paint colors from Valentine and create a strong visual impact.
García: Valentine colours now offer emotions that are completely different before you have seen the exhibition. Because it is just a matter of what people remember and what people are going to talk about when they come out of the building, or whatever. That is why we always try to connect the nuances in their mind, such that they really remember the experience they just had.
Von Schönburg-Glauchau: I work for the company side and you have so many products that are really good and you have to really push some and to connect with the consumer on a very personal level. That is why I came to CuldeSac, they wanted a different approach. If you want something standard in a presentation, something that anybody can do, we are not the right people.

For Lladró you made "Re-cyclos".
Von Schönburg-Glauchau: Re-cyclos is the project Lladró embarked on with CuldeSac. CuldeSac developed the entire Re-cyclos image, which is based on using products which were overstocked and to give them a new meaning. In our case it was Christmas decorations. Lladró came to CuldeSac and asked "what can you guys do with this." "Anything you like." And that is what we came up with. At that point it was just a plan. I was really stunned, this really being the first time that Lladró opened the door to design. They have been trying really hard to position themselves.
Re-cyclos blows people's mind because it wasn't using a modern product but reinterpreting a classic. The first time we presented it in a theatrical setting, so it was just like a classical product. The project then continued every year, with several designers developing different products.
García: We worked with Lladró for a whole year, it was great, they took us everywhere. It was so nice to work with this company. We made a project that nobody has done before.

Do your projects have any general message?
Von Schönburg-Glauchau: It is "experience" in a way.
García: In my view there is a strong concept behind each CuldeSac project. We are really critical of our own concepts. Being part of Culdesac is really enjoyable, but it often gives you stomach ache.

Are you living out your dreams?
Von Schönburg-Glauchau: Definitely. I think it is very intense the way we work here. But we get a chance to work on so many creative and different projects. We don't specialize in any one thing; we do all sorts of things. We have launched a ceramic company in Dubai, we are creating the enture corporate identity for the new Campus of justice in Madrid, and we are designing a series of new products for the next Salone in Milan. At the moment we are working on several projects.
García: I have the same feeling as when we started out. It is the same kind of intense energy. We feel passionate about everything we do, and six years down the road that is still the case. 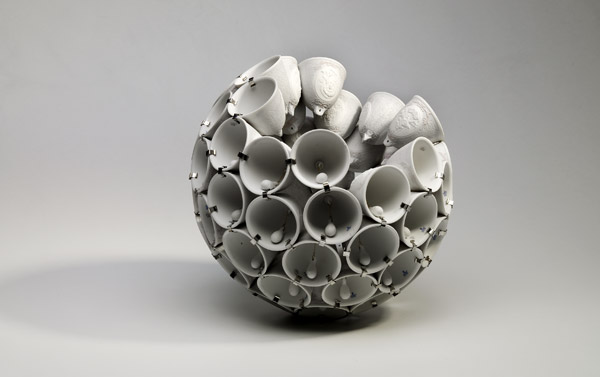 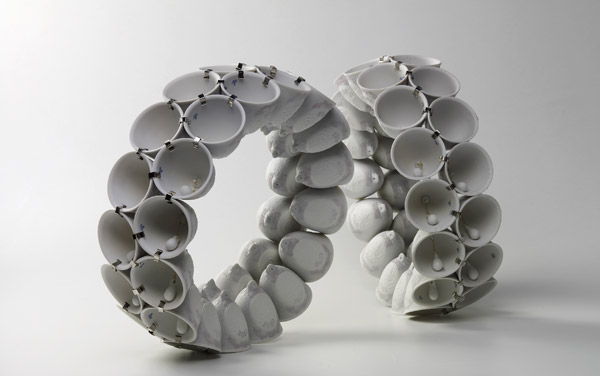 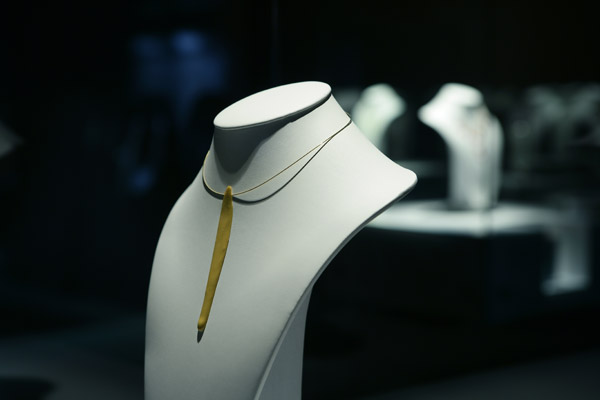 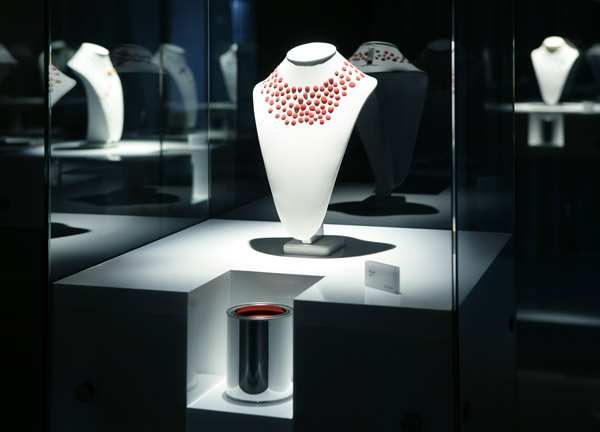 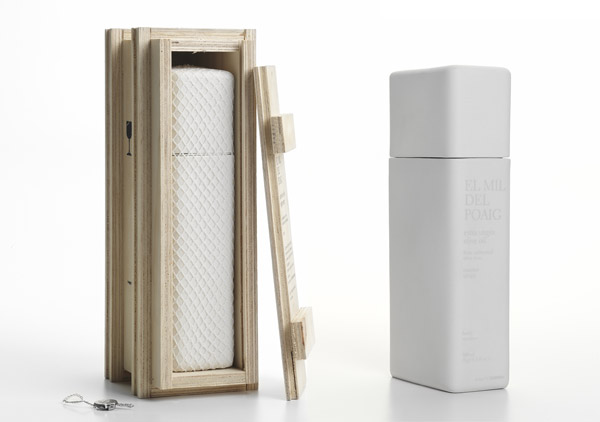 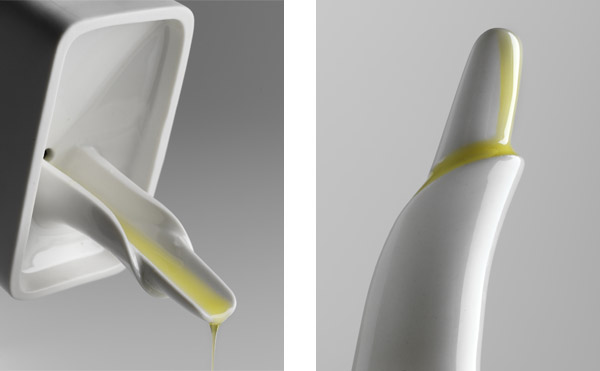 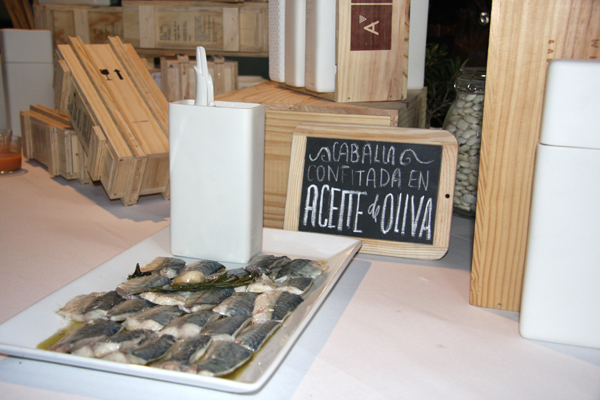 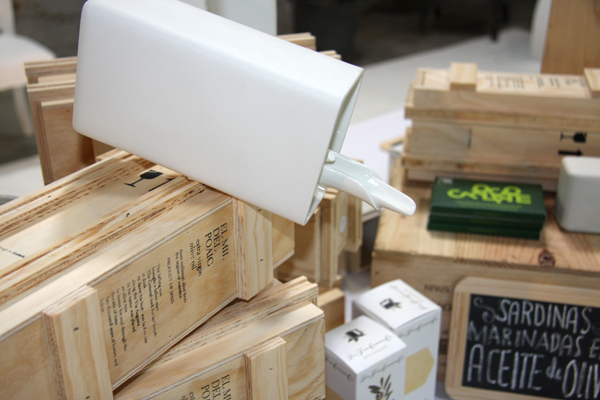