There's no need to travel halfway around the world if you want to see the stars of the international architecture scene live. All you have to do is attend contractworld in Hanover from 12 to 15 January 2008. Daniel Libeskind (USA-New York), Sir Peter Cook (GB-London), Eric Owen Moss (USA-Culver City), Alejandro Zaera Polo (GB-London), Anett-Maud Joppien (D-Frankfurt/Potsdam) - all will be there along with many others. But that's not all: at the contractworld.congress, they will speak about their latest projects and explain where they find their inspiration. The highlight of the event, which is held annually within the framework of DOMOTEX, the world fair for floor coverings, is the presentation of the contractworld.awards, the most lucrative architecture prize worth a total of € 50,000. The contractworld.award honours future-oriented office worlds, creative hotel and restaurant concepts and new kinds of shop and exhibition-stand designs. In addition, there will be - for the second time - a special education / training / culture category for inspiring buildings designed to facilitate knowledge transfer. The award is given fourteen times to innovative interior-design concepts (three per category plus two special awards being given for the first time to the "New Generation" (architects under forty)). All winners and a shortlist of nominated projects are now available at www.contractworld.com. The winners will be announced at the awards ceremony on the 12th of January, 2008.At the contractworld.exhibition section, architects, interior designer, builder-owners and planners can get in contact with numerous manufacturers of floor coverings as well as inform about products of the interior design. contractworld.materials conference and the extensive exhibition of materials by the Stuttgart-based raumPROBE company further expand the spectrum and also provide an opportunity for an intensive exchange of information.The 'blauraum' firm of architects in Hamburg has put its experience of certain materials to good effect by redesigning the entire contractworld area in Hall 4. The architects define given areas and functions using standard types of floor coverings, for example such as carpeting, cork, and linoleum, laid in broad strips, some slashed open at points, others pushed up in metre-high folds. Regardless of whether walls or ceilings, everything in contractworld is flooring - or is turned into flooring.www.contractworld.com
www.domotex.de 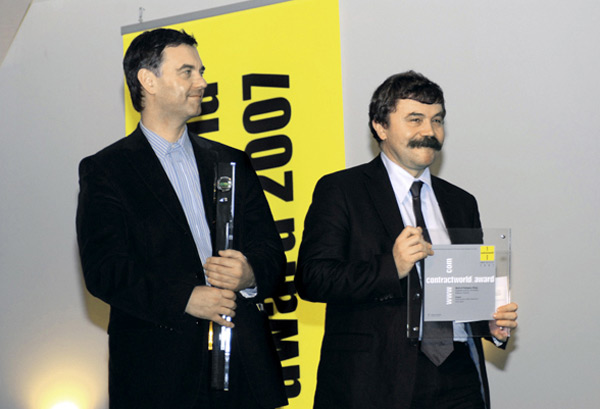 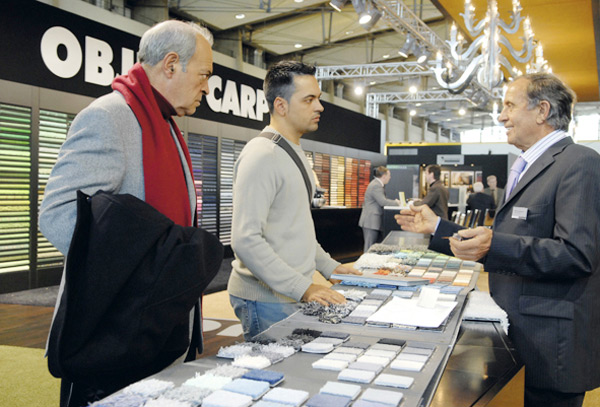