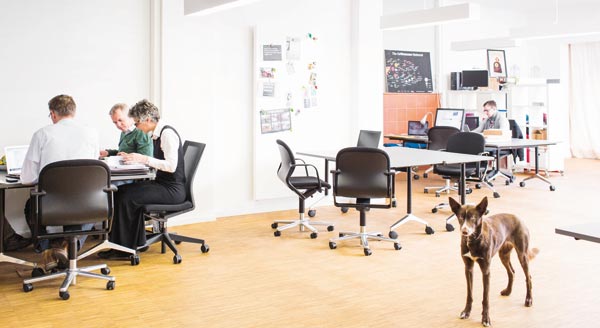 Less staid than the setting in the Group head office, and offering a highly flexible interior: the TUI coworking space Modul 57 in Hanover. Photo: © Wilkhahn

They’re typical of many a big city: factory floors or now even entire office buildings that provide flexible office space, and in some of them you can even rent a desk for a few hours only. Coworking creates the infrastructure for a well-equipped office, but prioritizes temporary collaboration by various users. In this way, for example, architects and designers can easily find a graphic artist, a Webdesigner or a lawyer for potential collaboration on a project-by-project basis. Coworking can provide ideal conditions for start-ups, bringing together flexible creative minds and lone wolves by offering a fixed workstation and structure. There are coworking spaces in the in-districts of German cities, such as Kreuzberg in Berlin or St. Pauli in Hamburg – exuding the flair of a flat share. Just as there are international versions, such as NeueHouse in New York which even runs to recording studios and projection rooms, with branches planned in Shanghai and Los Angeles.

That said, even some of the established companies use such flexible coworking spaces, even if they are somewhat bereft of hierarchy. For example, TUI founded Modul 57 in Hanover. An old factory hall was converted into an open office space with 22 workstations and a multifunctional zone. A W-Lan link and all the customary sofa lounging areas come included; but for the interior design the preference was the superbly designed and ergonomically adept office-chair classics in Wilkhahn’s FS line. Outside the group head office, TUI uses the rooms for project groups beyond the pale of daily business.

It all started two years ago. Strategy meetings that somehow just didn’t progress right in the usual meeting rooms were transferred to a coworking space. There, outside everyday working life and the customary offices, routine was put aside, hierarchies eased, and one staff member ended up terming the phase a “working vacation” because the work involved time away from her usual slot. TUI sought to exploit this creative force and has since then used Modul 57. Project groups from the tourism corporation share the spaces with external tenants, such as foresee™, a spin-off of office furniture makers Wilkhahn that focuses on linking virtual and real work meetings. Evidently, there is still unexplored potential for coworking scenarios.

Less staid than the setting in the Group head office, and offering a highly flexible interior: the TUI coworking space Modul 57 in Hanover. Photo: © Wilkhahn 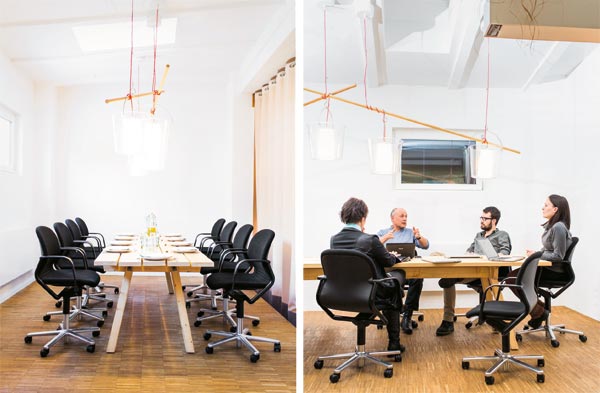 No completely set purposes. The decidedly farmhouse conference table can equally be used for a meal together, too. Photo: © Wilkhahn 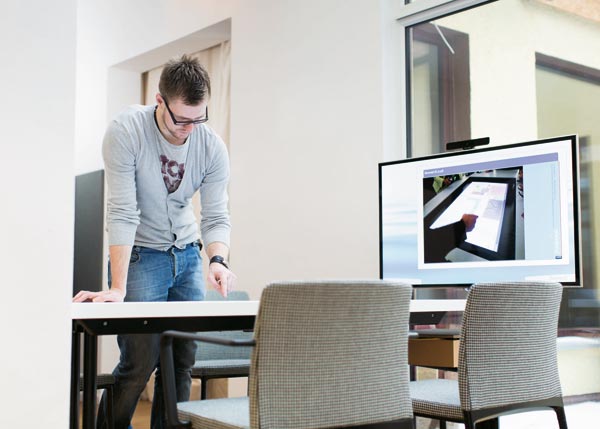 Coworking hinges on collaboration in real space, but virtual extensions to this are already being devised. Photo: © Wilkhahn 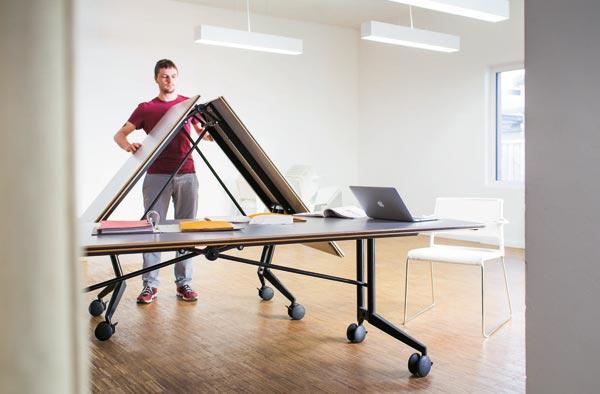 In Modul 57 the order of the day is professional equipment and folding tables is part and parcel of that. Photo: © Wilkhahn 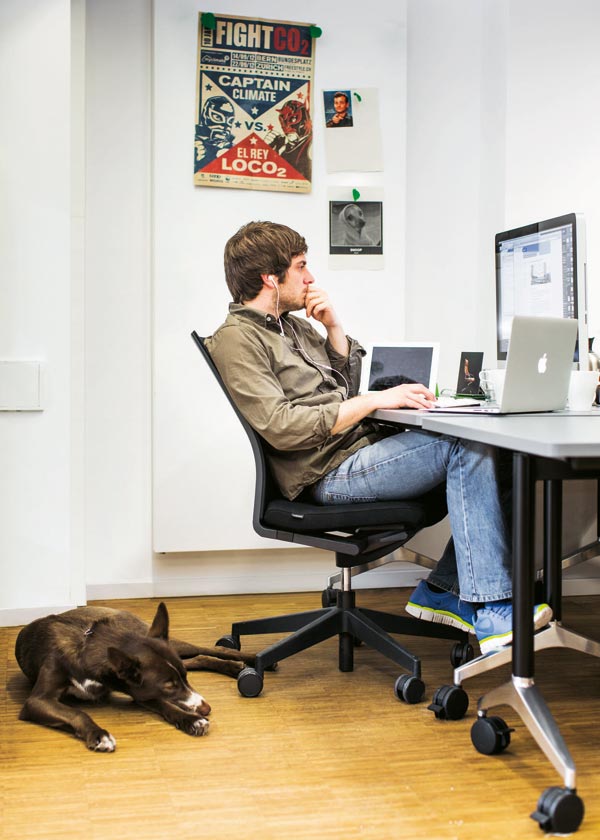 Quite relaxed, with the dog along; it doesn’t always have to be team work. Coworking spaces provide areas to which you can withdraw – as well as office chairs that encourage you to sit back and relax. Photo: © Wilkhahn 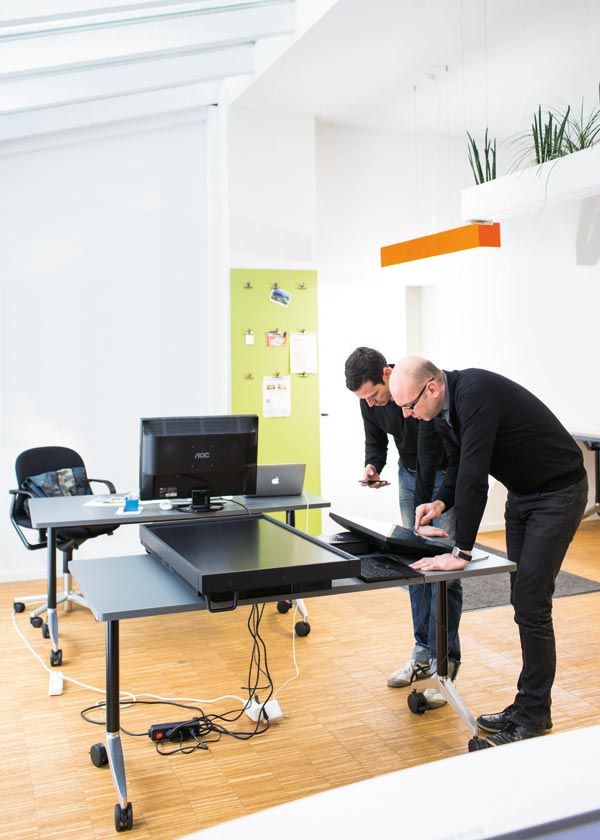 What counts is a technical infrastructure suitable for joint use. Photo: © Wilkhahn 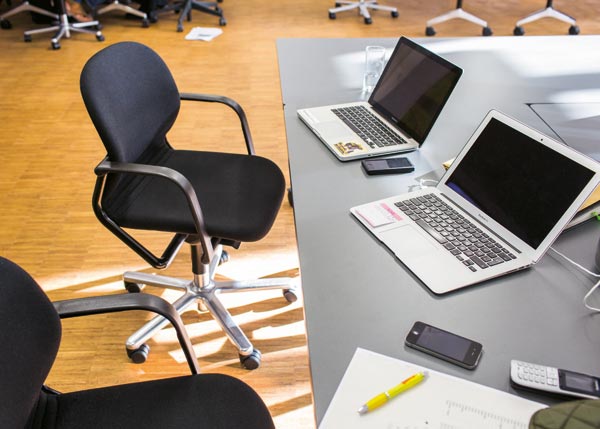 Stationary computers or phones tend to be the exception in coworking spaces – they’re mobile and flexible down to the small details. Photo: © Wilkhahn 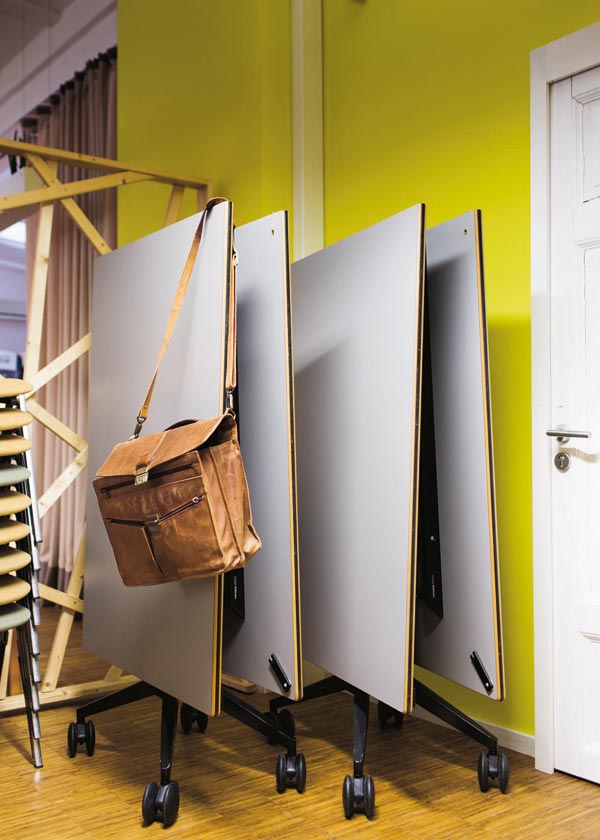 The folding tables are not really intended as a cloakroom alternative, but coworking spaces stand out for their versatility. Photo: © Wilkhahn 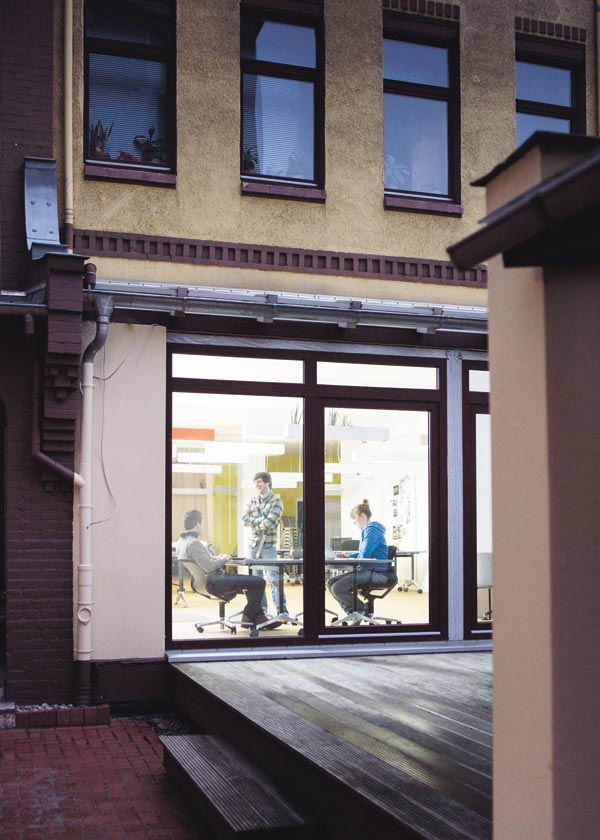 It may get late. Creative processes don’t tend to obexy fixed work hours – Modul 57 in the evening. Photo: © Wilkhahn 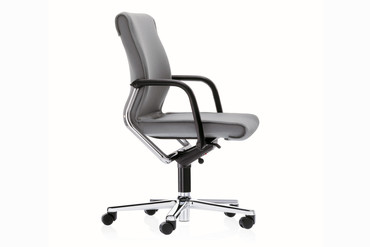 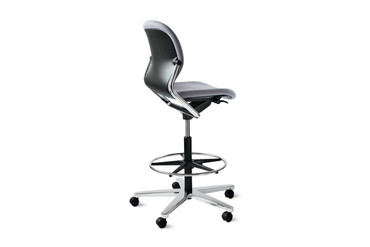 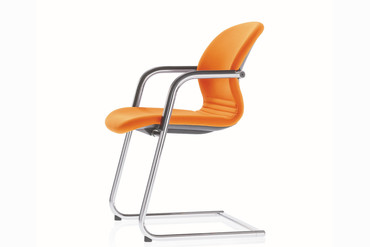 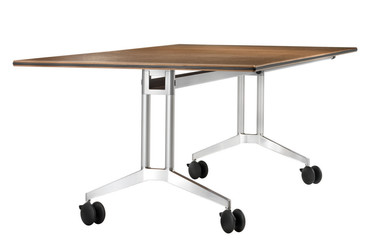 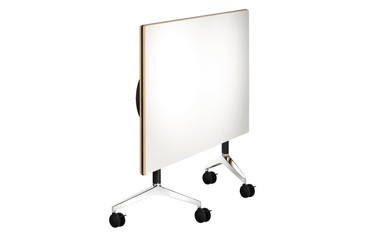 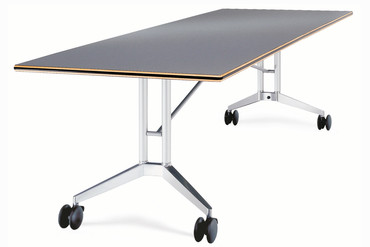 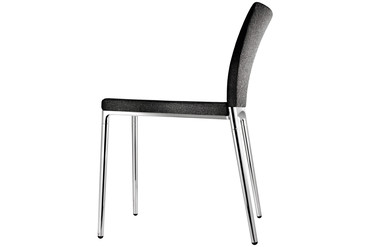 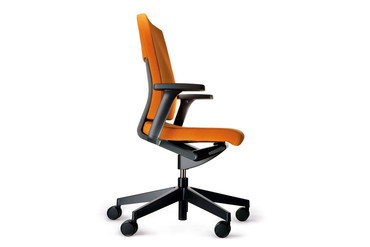 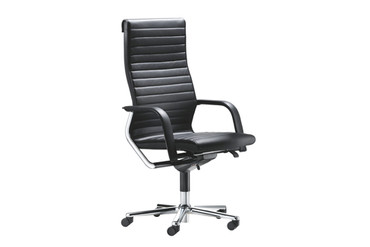