A catalog is a catalog is a catalog. Anyone who takes a look at the new 2013 catalog by Ligne Roset will find a beautifully executed refutation of that claim. The presentation of the extensive product range is preceded by a commentary on the story behind the French manufacturer and what sets it apart from the rest. Here, it becomes clear that everything about this company has a certain special quality to it: their selection and preparation of materials, collaborations with select designers, treatment of themes such as the environment and sustainability and not least very personal and familial corporate culture.

The beginnings of the company date back to 1860 when Antoine Roset opened a small factory for the production of lady’s parasol shafts in Oussiat, close to Pont D’Ain in France. When parasols went out of fashion at the end of the 19th century, Antoine Roset put his lathes to a new use producing chair legs and rungs and so began building his first chairs. Antoine’s wife, Marie-Victorine, took over the business after his death; she subsequently passed it down to her son Emile Roset in the 1910s.

Ligne Roset made its first upholstered furniture in 1936, most pieces with leather covers. Emile’s son Jean then inherited the family business in 1946. The new director forged close links to architects and designers and in doing so met Michel Ducaroy, a young graduate from the Ecole Nationale des Beaux Artes in Lyon. In 1960, Jean employed Ducaroy on a permanent basis; he would then go on to establish a development department and a prototype workshop. In times when seating was characterized by a rigid body, Ducaroy designed the first furniture made entirely of foam. In 1973, Ligne Roset’s “Togo” chair cushion won the company the René Gabriel Prize for most innovative seating furniture. “Togo” consists of three types of foam varying in volumetric weight and with an elaborately quilted cover. In 2013, Ligne Roset will celebrate 40 years of manufacturing “Togo”, which is one of the best-selling products across the globe. Other notable furniture designs by Ligne Roset include the sofas, “Ploum” by French designers Ronan and Erwan Bouroullec and “Ruché” by Inga Sempé, as well as the “Book & Look” storage collection by Pagnon & Pelhaître.

The year 1973 also saw the opening of the first brand stores by Jean Roset, grandson of the company’s founder Antoine Roset, and the collection’s new focus on furbishing for private homes. The company grew and grew. Today Ligne Roset can boast over 220 brand stores and 540 additional sales outlets worldwide. Michel and Pierre Roset are now in charge and are determined to continue the family tradition, working together with young, acclaimed designers, mostly from their native France. An overview of the company’s current product range can be found in the new catalog.

In addition to a fine feel for design and distribution channels, the company also employs environmentally-friendly techniques in its production processes. Far ahead of the crowd, Ligne Roset was sorting and reusing waste materials as early as the 1970s. For example: at their factory in Saint le Vieux, waste wood is used to heat the buildings, while any waste leather from the factory in Briord is sold, recycled and reused in the footwear industry and foam is agglomerated and reused.

The close proximity of the five production facilities to one another makes the transport of materials and components from one factory to another as efficient and environmentally-friendly as possible. Aside from a few supplied parts, Ligne Roset products are manufactured exclusively in France. The company lays great value on the expertise of its upholsterers, who pass on their technical knowledge on to new employees during in-house training sessions and thus guarantee the same high quality for the future. 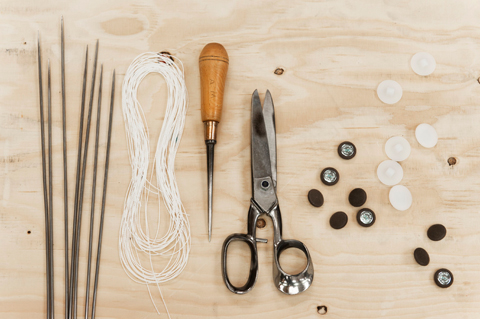 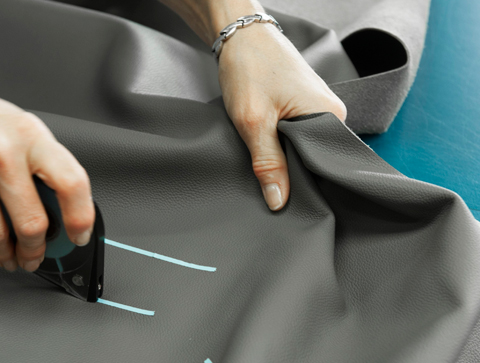 Leather hides are surveyed and any defects flagged up, so that they can be eliminated during the cutting process, photo © Vincent Leroux 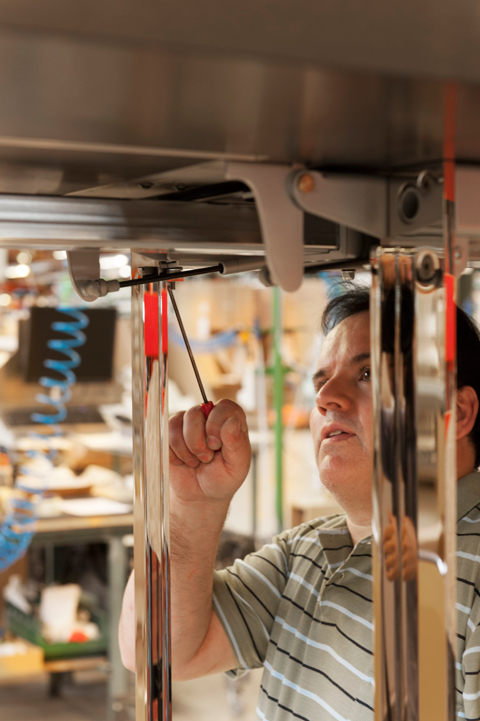 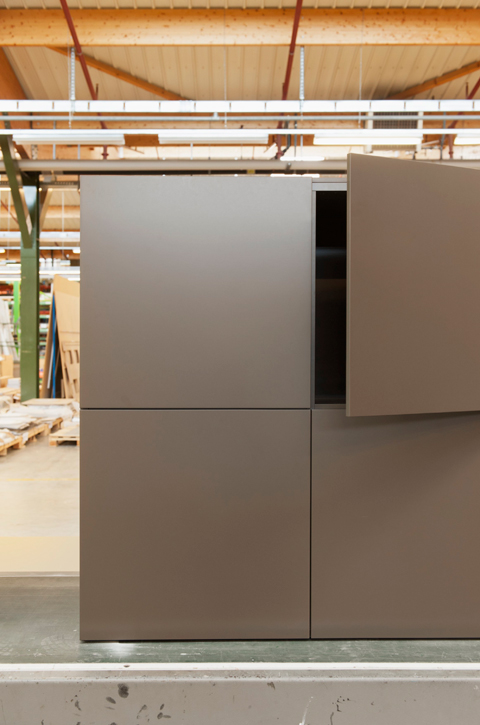 A free-standing cabinet is assembled prior to quality control, photo © Vincent Leroux 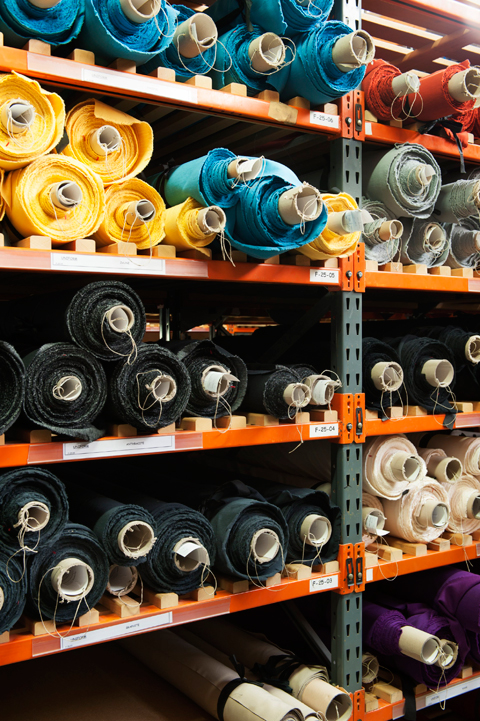 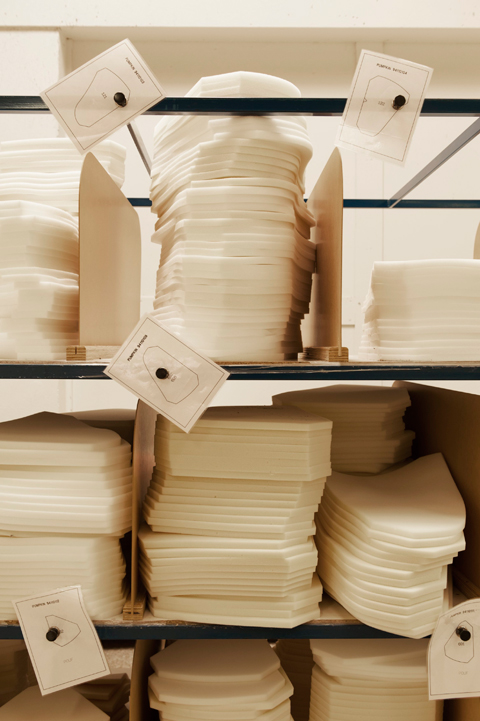 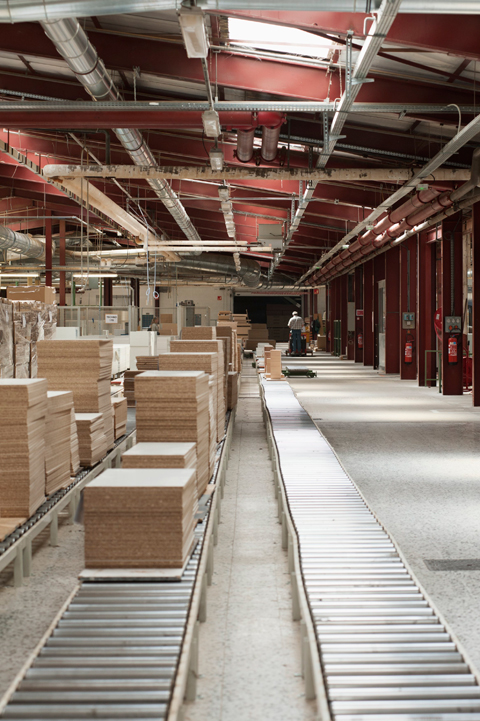 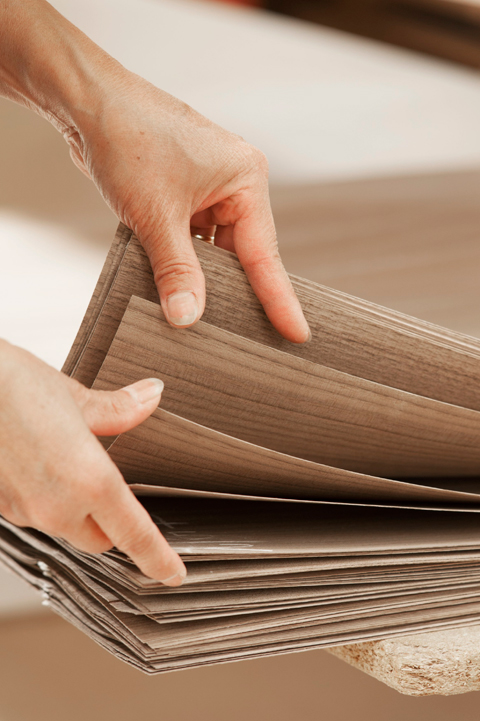 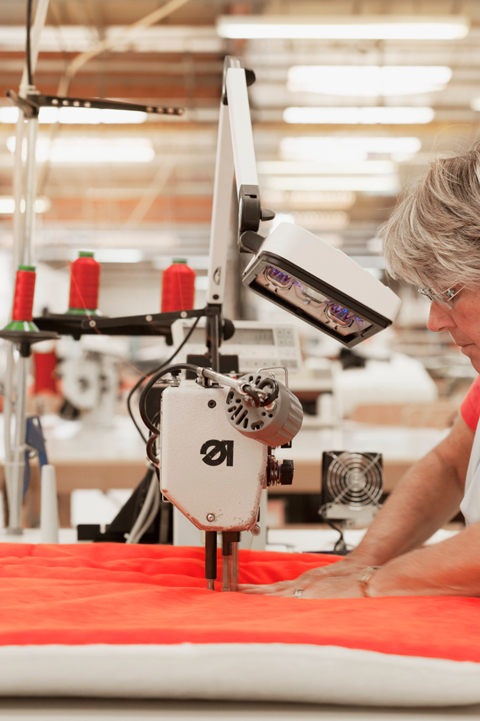 Needlework is just one of the production steps carried out by hand at family-run furniture manufacturer Ligne Roset in France, photo © Vincent Leroux 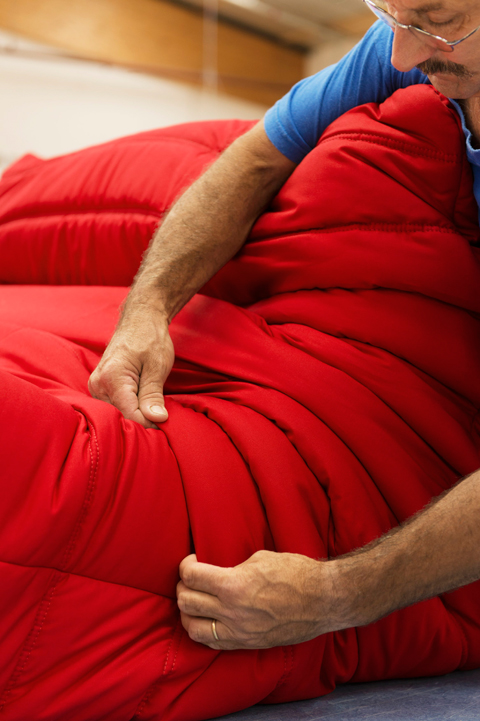 Shaping the folds and pleats so typical to the “Togo” sofa, photo © Vincent Leroux 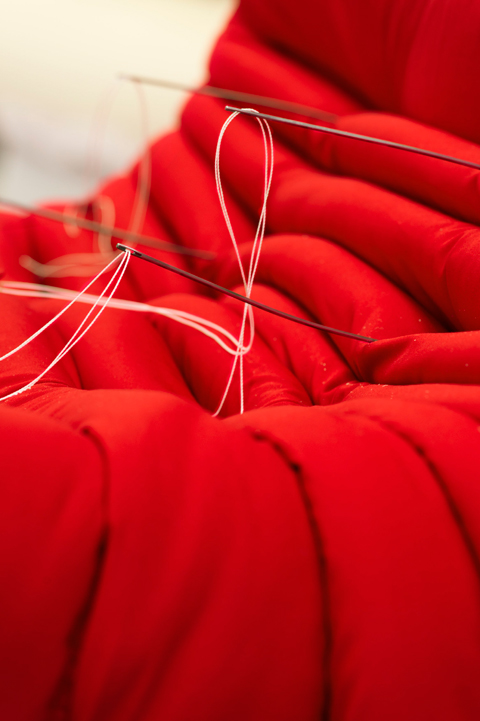 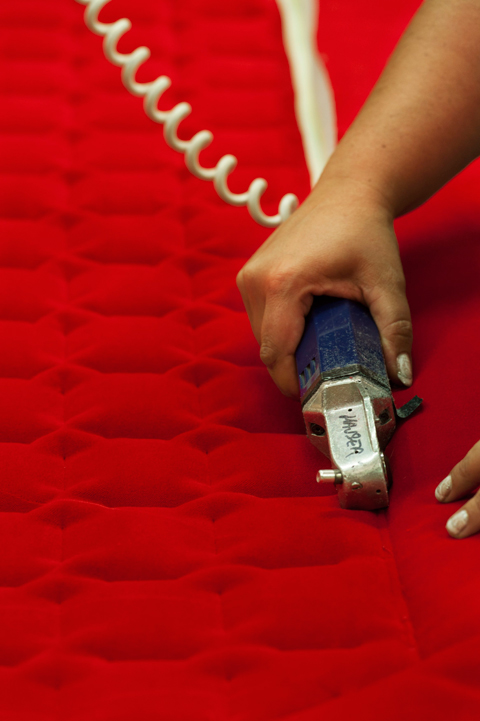 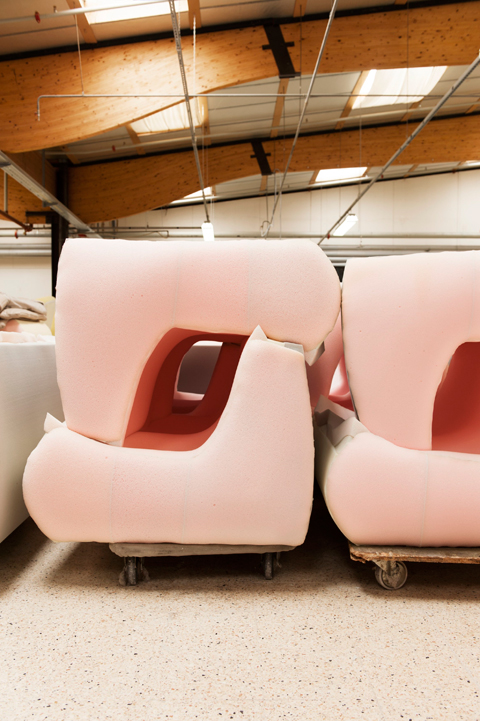 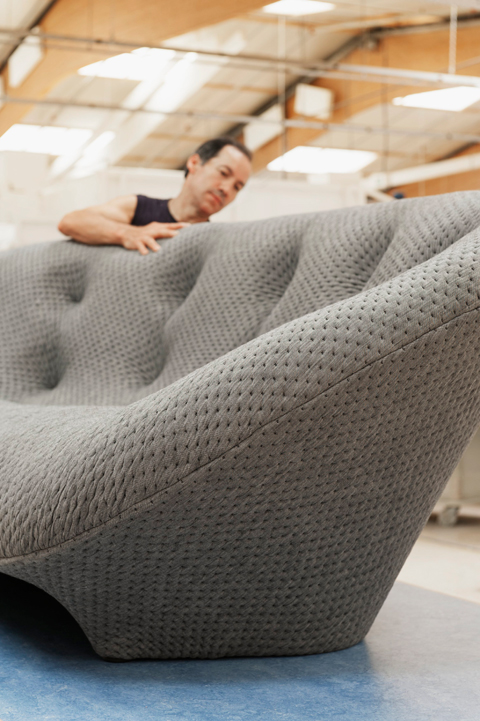 Final checks in the assembly of the “Ploum” sofa, photo © Vincent Leroux 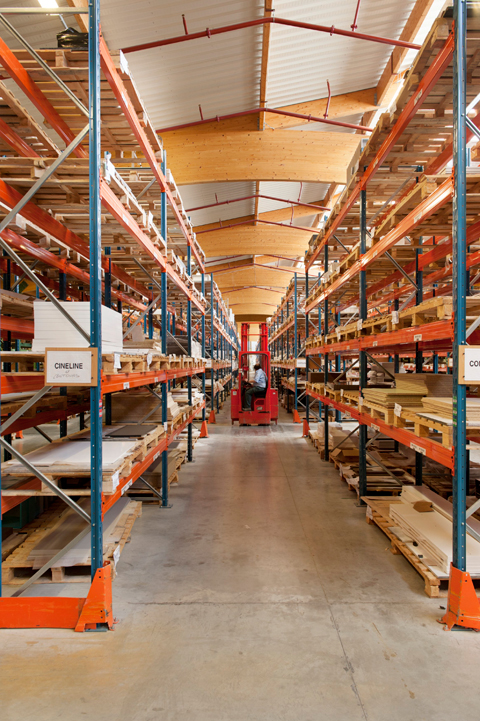 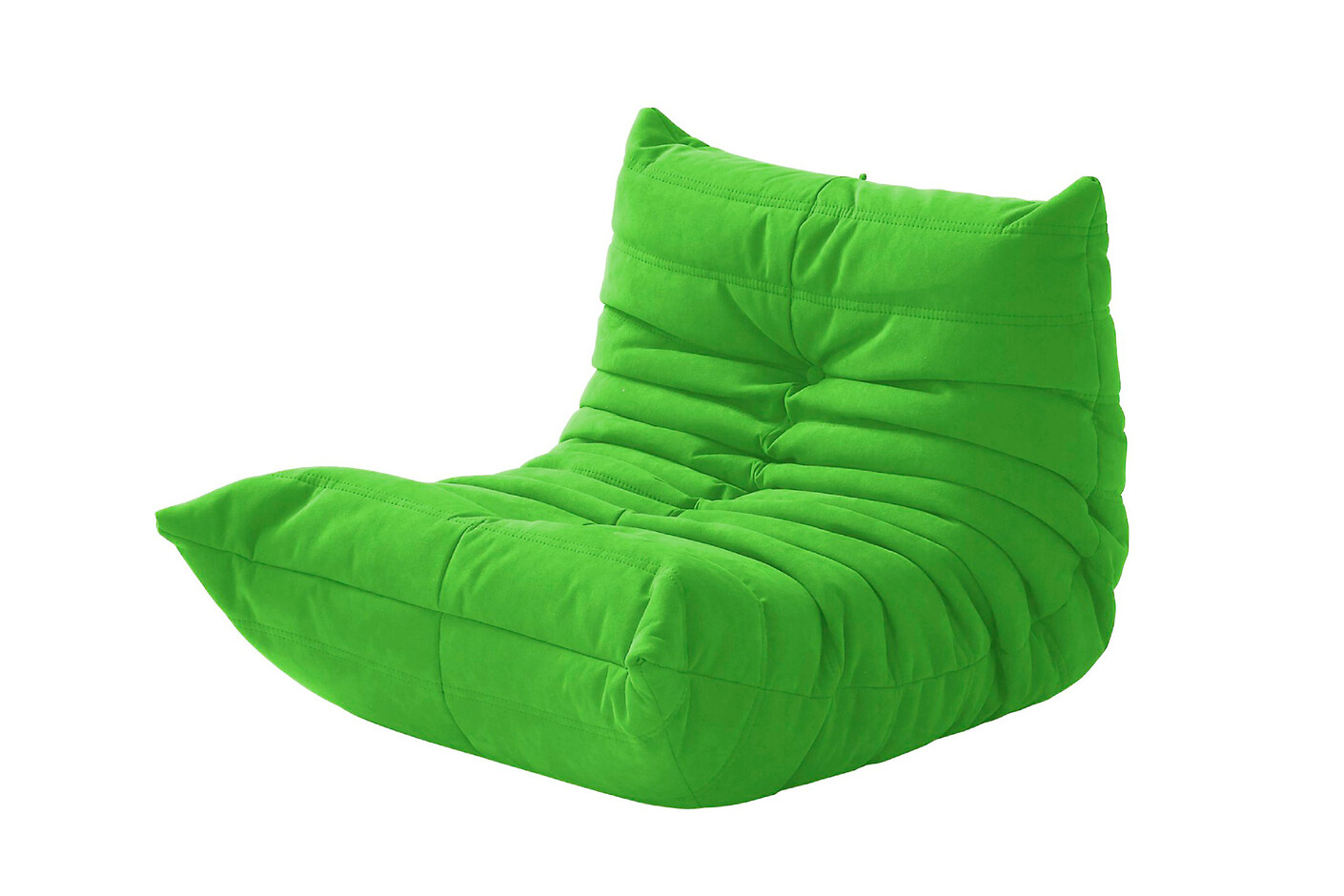 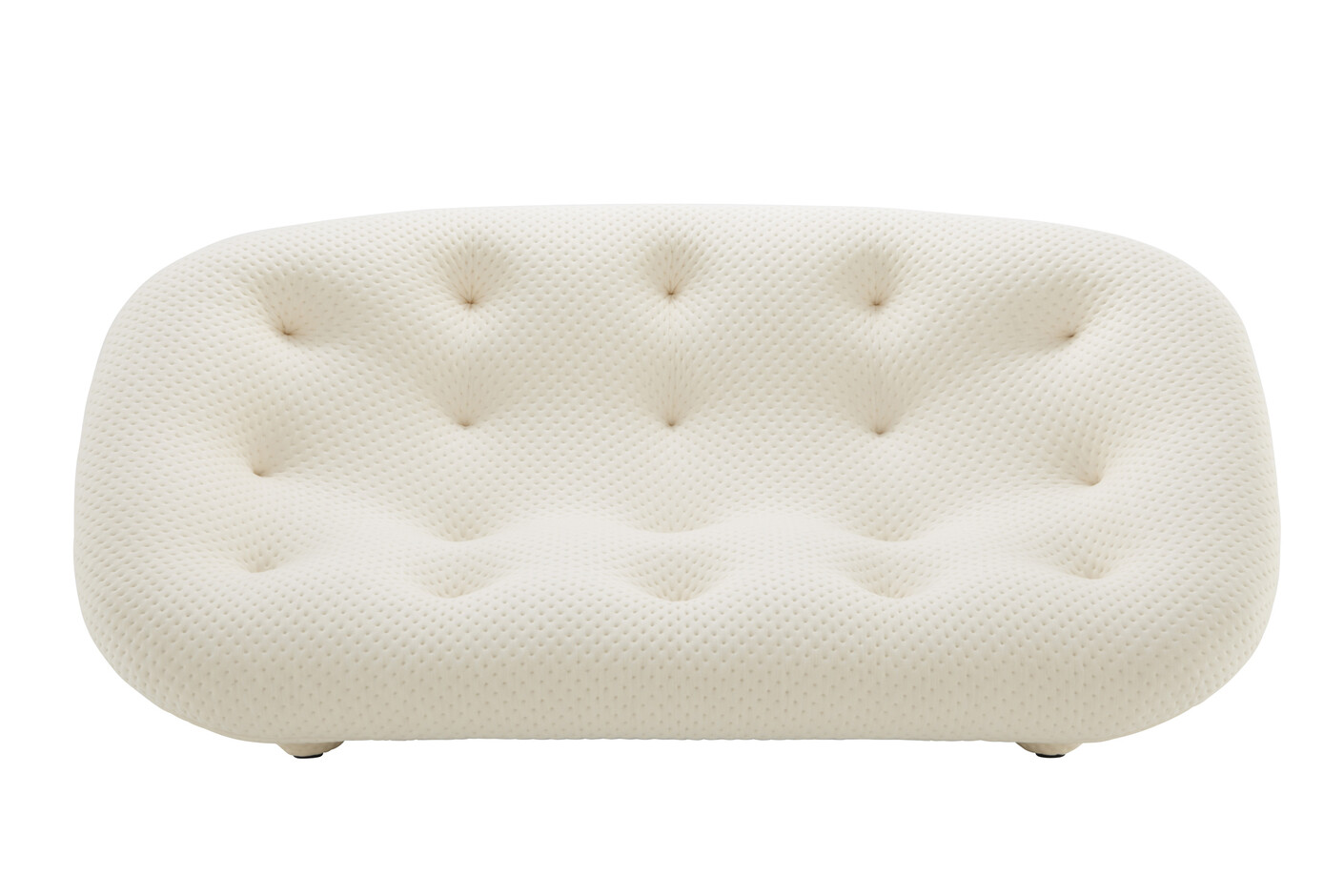 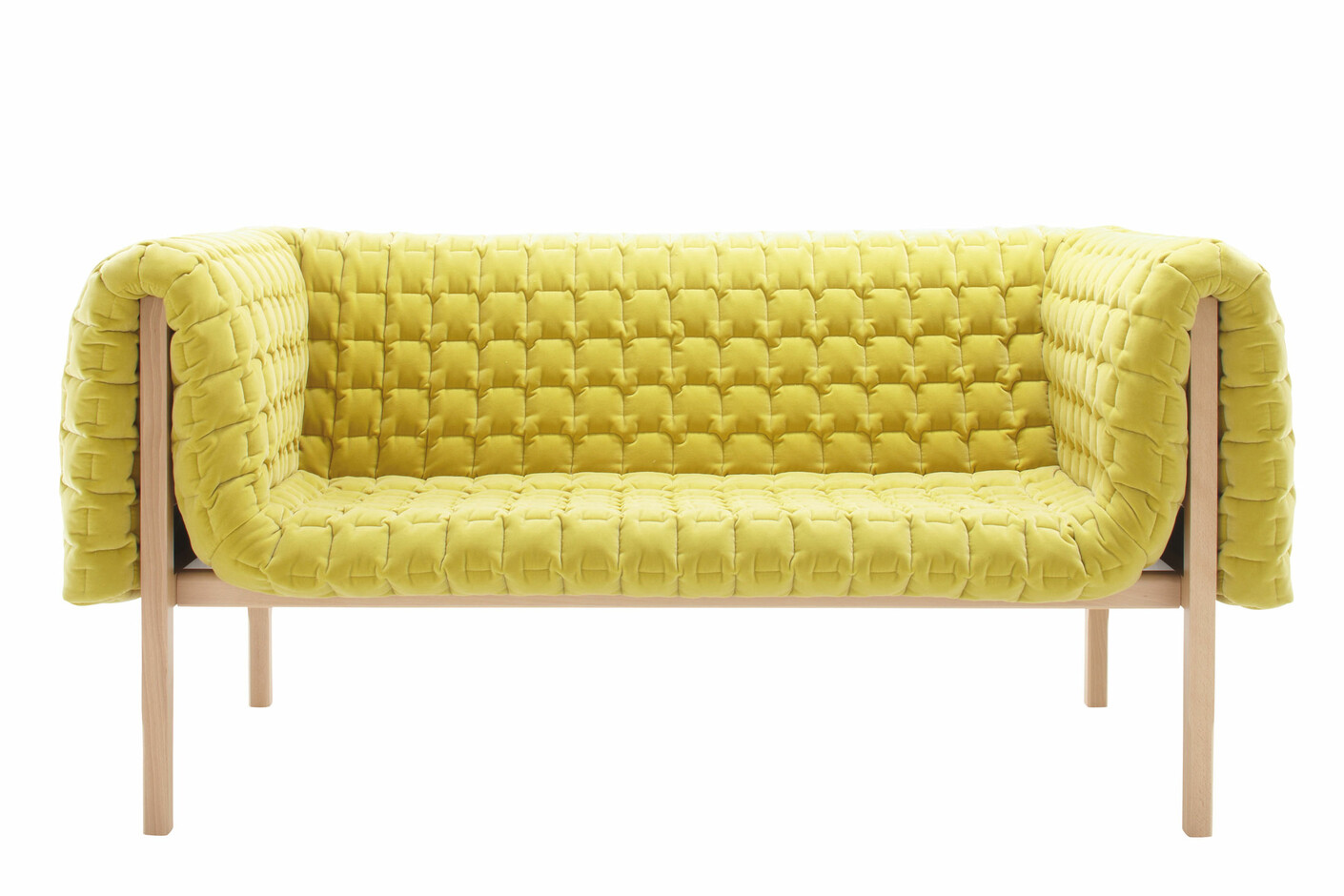