Whereas the objective of most exponents of classic Modernist architecture was to fulfill needs both in rational terms and in an economically viable way, in the post-Modern era architecture progressed beyond the physical building, bringing subjects such as identity, symbolism and aura into the architectural discourse. Today, both systems of values seem obsolete, having been replaced by a third, independent category which is, by contrast, characteristic of contemporary architecture. Sensuality, a tactile quality and constructed mood are more important as factors than technology, viability, design or even "fame", items that are otherwise usually cited as quality criteria in architecture. As two international examples demonstrate, architects can take very different routes in their effort to create a sensually attractive, atmospheric architecture.

The hot springs in Vals

Peter Zumthor was only the first architect to state as his personal definition that the sole measure of architectural quality was whether a building "moves" the viewer or not. In this respect, furnishing his buildings with a "presence that appears self-evident" is something that this Alpine Swiss builder has succeeded in achieving in the kind of masterly fashion that has been attained by hardly any of his contemporaries, with thousands of architects and designers from all over the world, from Alaska to Okinawa, making the annual pilgrimage to Vals, a little mountain town in the Canton of Grisons, in order to feel something of the aura that is emanated by Zumthor's hot springs there, and to allow themselves to be held captive by their poetry and atmosphere for hours or even days on end.
According to Zumthor, our perception and our first impressions are "unbelievably rapid and unerring" when we meet somebody for the first time or enter a room for the first time. And he uses this as his measure. Shape and construction do not interest architects such as Zumthor as a means to an end. He wants his buildings to appeal to our hearts as much as our heads. In the age of virtuality, the sensual appeal of a building with a strong personality and an unequivocal presence is once again very much appreciated. A "beautiful silence" can be the result of that lasting quality, that integrity, that comes when buildings remain themselves and do not try to stand for anything else. For a building to be "warm" like this it requires careful attention to the tactile aspect, to the sound and even smell of the materials used, in order to appeal to our senses. The building materials interact considerably and yet have their own vibrancy. Rooms collect and amplify sounds like large musical instruments. Clever direction of daylight lend them what Zumthor termed "an almost spiritual quality".

In order to make architecture that is sensually attractive and atmospheric succeed, the architect begins by "reading" his building location intensively and studying its shape, its history and its attributes. Another important activity is to activate those images relating to depth psychology, the images that we see when we shut our eyes. Zumthor calls these our "inner visions". These primordial images can, but do not have to, come from the world of architecture. Literature or music may also determine the composition of material, or their proportions and lighting. For Zumthor architectural atmosphere is determined by "density and mood, well-being, harmony and beauty, elements that, taken together, unfold a magic that would not otherwise exist."

The Dior building in Tokyo

Whereas architects such as Peter Zumthor focus so clearly on the presence and sensuality of building materials and other such elements, others achieve overwhelming sensuality by taking the opposite approach, the ephemeral route. The best and most prominent example of this way of looking at things comes from Japan where the architecture of almost nothing has a century-long tradition, a tradition that present-day architects are repeatedly tempted to translate into modern architecture. The Christian Dior building in Tokyo's fashionable district of Shibuya, completed following a design by Sanaa 2003, is the latest apogee in current-day attempts to take the ephemeral to extremes, even in a large metropolitan building.

This building on Omotesando Boulevard looks as if it had been wrapped in several fine layers of wrapping paper. Its translucent facade has a magic look to it, and reveals its high-end interiors only sketchily. This double- layered facade consists of clear glass on the outside and corrugated sheets of printed white acrylic on the inside. These resemble stylized curtains and veil the building. If so required, it would even be possible to apply patterns or decorations to these milky inner facades, thus completely enveloping the interiors in a mysterious mist. The facade, with the edges of its stories at differing heights, does not reveal anything of the supporting structure.

In terms of style, this design by Sanaa fluctuates between the timeless elegance of eponymous couturier Christian Dior and the extravagant and dazzling creations of current fashion czar John Galliano. The building's elegance also owes a debt to a reinterpretation of Japanese "shoji" or rice-paper walls, to their being transported into the world of contemporary fashion architecture. Evidence of the fact that atmosphere can be created both with the "lightest" and with the "heaviest" of architectural ingredients. 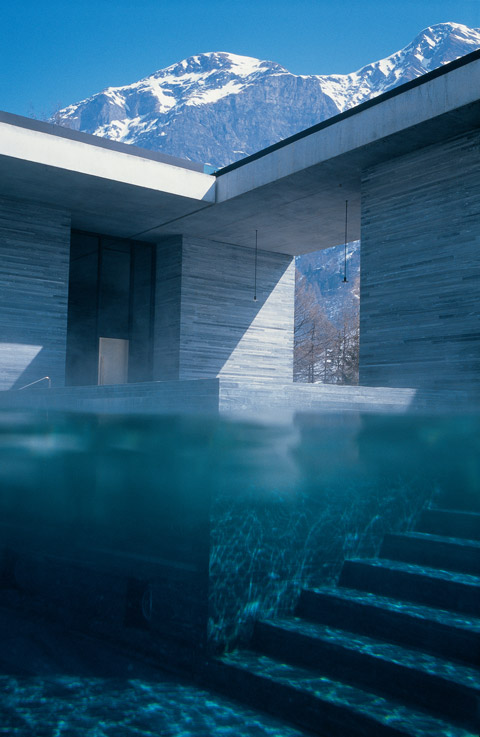 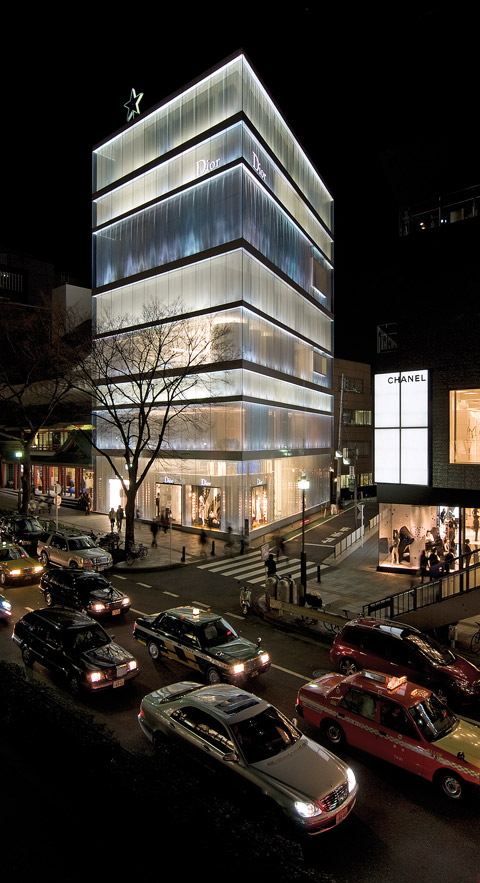 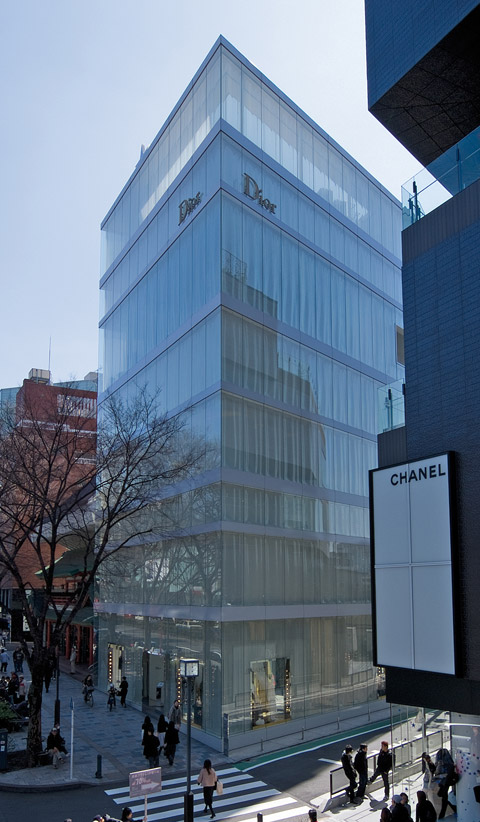