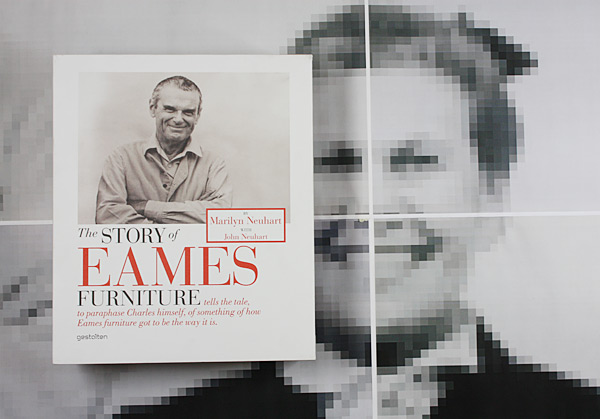 The Story of Eames Furniture, all photos: Dimitrios Tsatsas, Stylepark

Boasting eight hundred pages and two volumes in a slipcase edition, "The Story of Eames Furniture" nestles enticingly in the reader's hands. Even on first glance one's suspicion is confirmed that a plethora of good images are located in the publication: from everyday working life in the Eames Office to the Eames' legendary products; advertising materials, which often seem highly artistic are displayed alongside their rarely published technical drawings. If readers immerse themselves in the text, however, they will swiftly stumble upon passages that call this initial positive impression into question.

Marilyn and John Neuhart embrace a variety of subjects, ranging from the Eames Office team to the company's history, right through to the history of their legendary products. Amongst them are many anecdotes of the sort every connoisseur of Eames furniture knows and values: ‘"Lounge Chair", for example, is inspired by an old baseball glove, "Plastic Chair" was developed for MoMA's "Low Cost Furniture Design" competition, while "Aluminium Group" was designed as indoor/outdoor furniture for the Irwine Miller House in Columbus, Indiana. Hitherto less well-known details come to the fore in several places, such as a bikini reference in "Wire Chair" with its various quilted patterns, "Dining Table" with its right-angled folding frame and, finally, "LTR", boasting a surface comprised of laminate-free wood.

Amidst these highly readable extracts on design history, the reader rubs his eyes in astonishment at certain parts of the text, as the content suddenly seems to be pursuing less a serious ‘design history' line of argument and becomes rather more reminiscent of gratuitous office gossip. Thus the Neuharts, a married couple themselves, quite openly write about Charles and Ray Eames that "their marriage in its true sense was essentially over by the mid-1950s when Charles openly began a series of alliances with numbers of other women." Such quotations prompt us to question what the authors intended to achieve in writing "The Story of Eames Furniture". Whatever the case, it seems that providing a better understanding of Eames furniture was not the sole purpose.

The work's authors, the couple Marilyn and John Neuhart, worked in various functions in the Eames Office from the beginning of the 1950s: John predominantly as a designer, Marilyn as a researcher, amongst other things. As becomes clear in the book, everyday life did not necessarily always run smoothly in the Eames Office; obviously there were frequent differences regarding the authorship of individual designs and remuneration. Don Albinson thus transferred to Kroll, for example, after Charles and Ray Eames failed to offer him the coveted position of partner. Naturally such cases reoccur time and again, and we are all familiar with one or another. Design or architecture agency staff often believe their performance is undervalued. Discussions of this kind regularly end with staff being relieved of their duties, starting up under their own name and seeking to prove themselves on the open market. In the Eames Office's case, Marilyn and John Neuhart obviously felt themselves called upon to make such (now decades old) differences public, condensed down into book form.

Pervading the entire publication, the authors' derogatory portrayal of Ray Eames is particularly astonishing. Even the slipcase cover image displays a solitary picture of Charles Eames. Furthermore, in the eponymous biography of Ray Eames, the authors emphasize that she neither warranted her position, nor was up to her role as Charles Eames' partner and was always simply "Mrs. Charles Eames". At another point, the book states curtly that Ray Eames never occupied a noteworthy position at the firm: "Ray Eames was never an employee of either company, neither was she a full-time participant in the work, nor actively engaged in the day-by-day effort, other than as an onlooker offering an occasional comment."

Yet authors such as Eames Demetrios, Pat Kirkham and Joseph Giovannini have analyzed Ray Eames' role in the Eames Office comprehensively and recognize her design contribution. Thanks to her training at Hans Hoffmann, Eames was schooled in artistic techniques (one is reminded, for example, of her "arts & architecture" cover), and she had a decisive influence on Eames products' formal idiom. The "La Chaise" design, for example, is largely attributed to her. The numerous photos depicting Charles and Ray Eames together speak volumes - no one failing to fulfill their role in both a private and a professional capacity would be able to look so radiant.

No less astounding is the scope of the biographies documenting the Eames Office's 22 former staff, which extend to 180 pages. In principle, a description of the context is helpful when considering products' design history. Charles and Ray Eames' back-stories naturally have their place here. Obviously an insight into the Eames Office's staff structure could also be interesting from a cultural-historical perspective. However, in presenting such content, references to Eames furniture would need to remain recognizable, which is often not the case in "The Story of Eames Furniture". In many instances, former employees' biographical details, as well as their ancestry, school days and marital status are of little relevance in aiding readers' understanding of Eames furniture. How copious and ultimately irrelevant the biographies turn out to be becomes clear, for example, in the case of Norman Bruns, which states: "His paternal grandfather and uncle fought on the Union side in the American Civil War, and then journeyed westward from Missouri over the Oregon Trail to start life anew on a small ranch situated on land that is now part of the city of Portland."

To the same extent as the Neuharts offer their personal perspective on prescient issues, they disregard several standard publications on the Eames in their account. The work's image contents conveys a similar impression, comprised as it is in particular of materials from the publicly accessible Library of Congress and from Marilyn and John Neuhart's private archives. The Eames Office's archives, as well as those of Herman Miller and Vitra, barely play a part - and where they do it is very infrequent.

John and Marilyn Neuhart have already previously written a monograph entitled "Eames Design", on which Ray Eames was still able to collaborate. Eames projects were presented in chronological order, their contents clearly and objectively explained, and the work's plethora of images was a feast for the reader's eyes. Over the years the book justifiably developed into somewhat of a benchmark on the Eames' creative endeavor. Regrettably, "The Story of Eames Furniture" simply cannot keep up. It would have been more honest if Marilyn and John Neuhart had written an autobiography instead of presenting a monograph purporting to be design history. Such a work would have been a more appropriate way of presenting their personal perspective on the work of the Eames Office.

The Story of Eames Furniture, all photos: Dimitrios Tsatsas, Stylepark 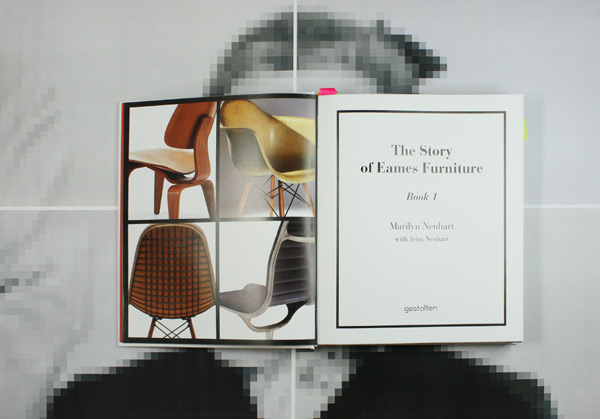 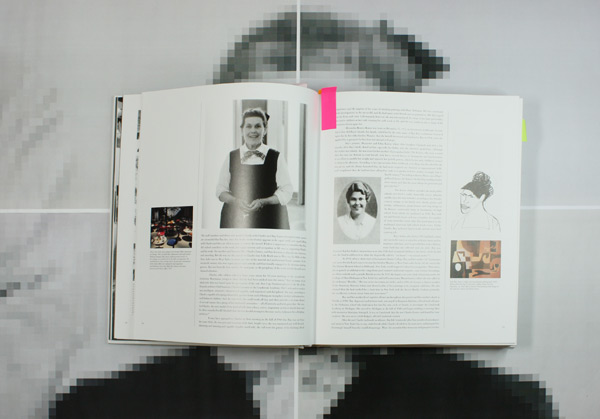 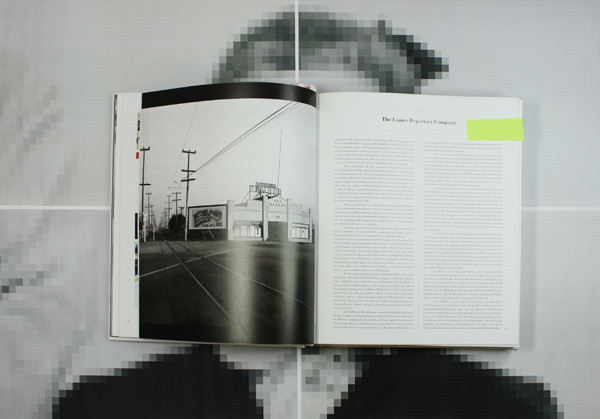 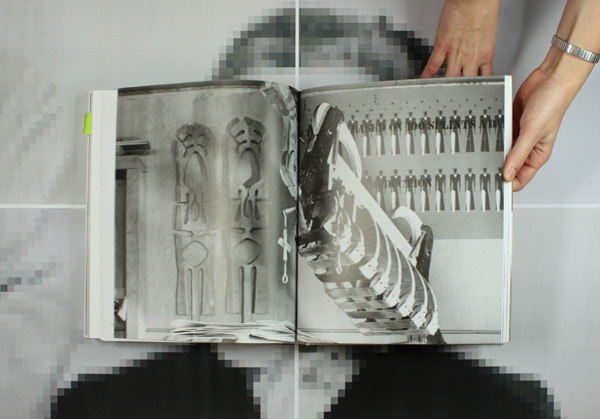 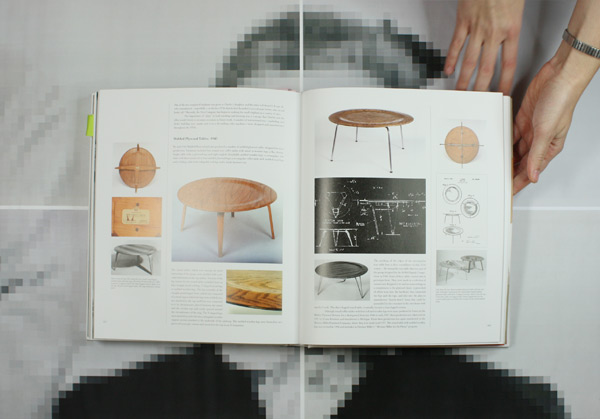 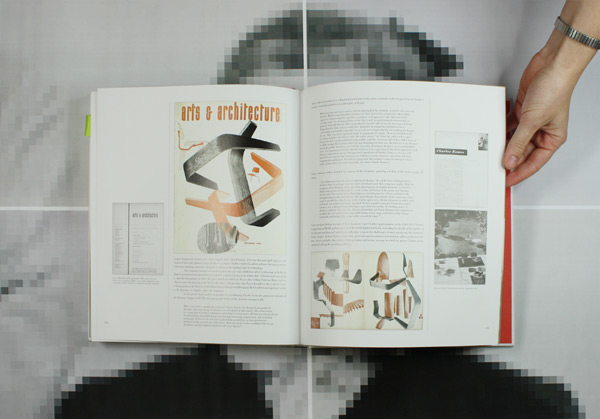 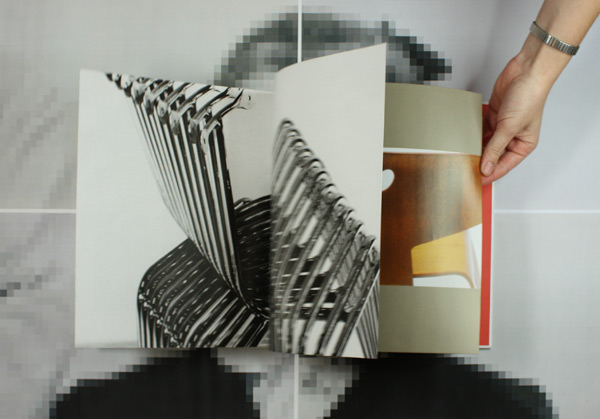 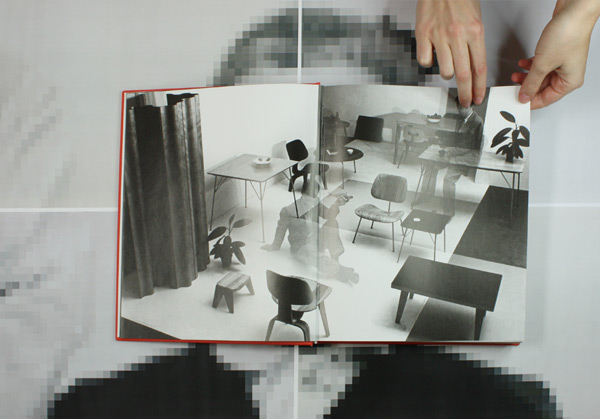 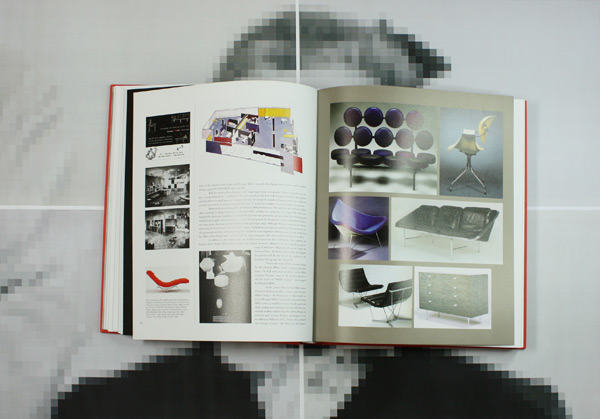 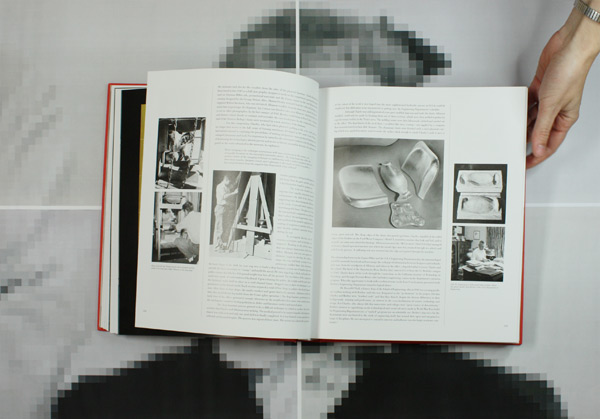 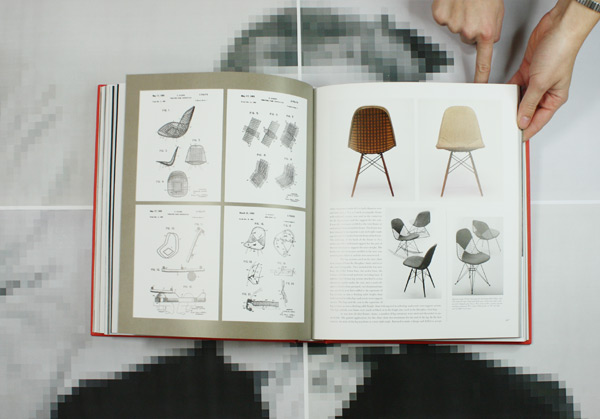 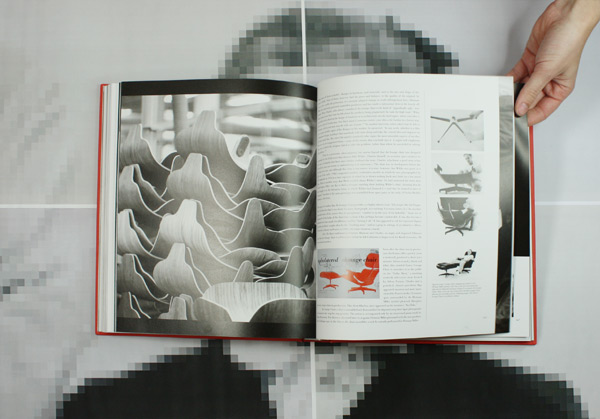 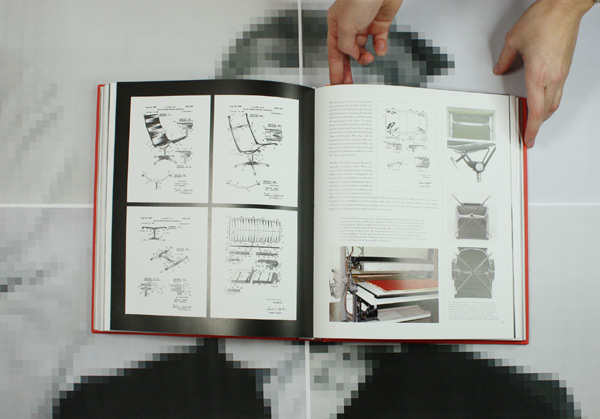 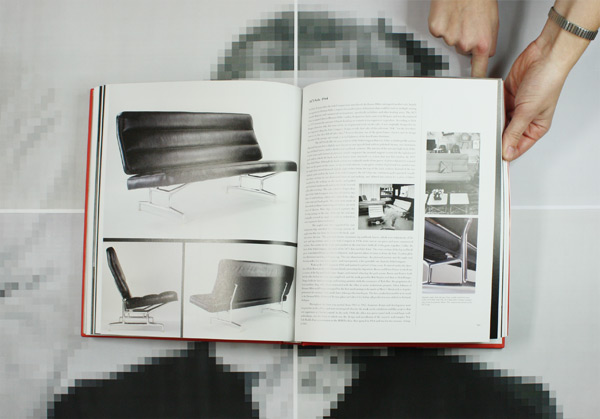 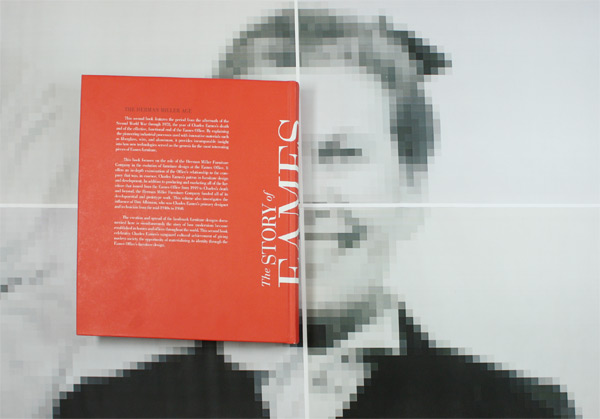