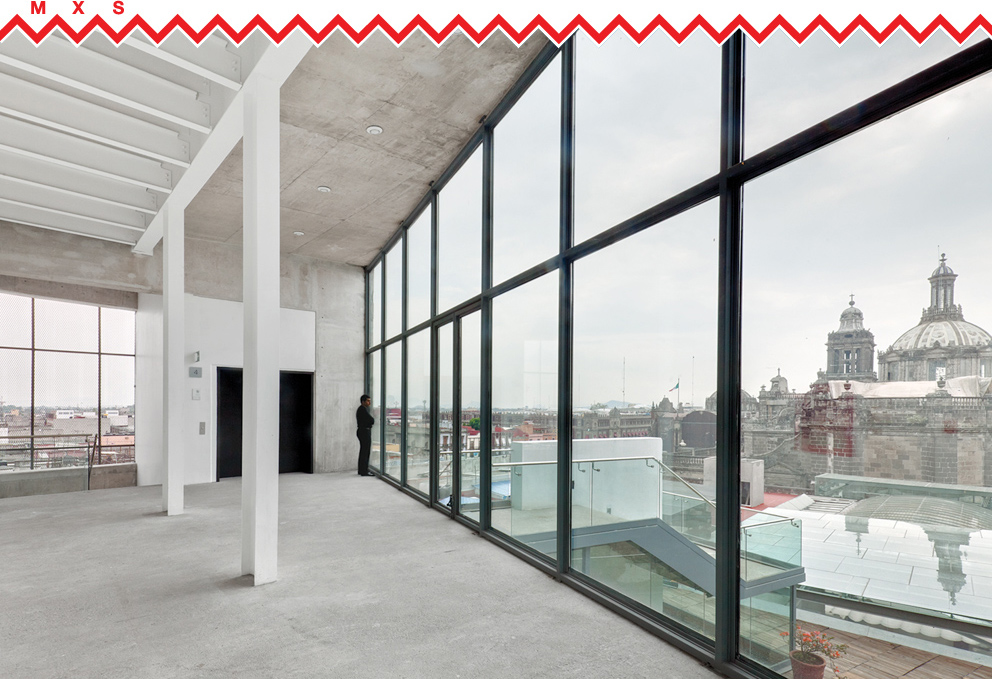 The building now occupied by the Spanish Cultural Center, behind the Metropolitan Cathedral, dates from the 18th century – though its history and blend of cultures have their roots in the 16th century. Since then, and for over more than 500 years, the building has undergone frequent transformations and changes of use, while its Baroque façade, historical feel and even its foundations have survived unchanged.

The latest phase in the modernization of the Center’s current premises envisaged improvements to and a consolidation of the spaces used for a range of events and exhibitions. Integrated into the historical heart of Mexico City, the 2012 proposal by the architects JSa (Javier Sánchez) in collaboration with arquitectura 911sc (Jose Castillo and Saidee Springall) takes up an entire city block and allows people to pass through the complex to get from Guatemala to Donceles streets.

This public dimension to the new space permeates the whole program: exhibition areas, lecture halls, auditoriums, offices, terraces and even an underground museum. The structure inserted into the existing building allows for large, column-free spaces with ceiling heights over 4.5 meters. Exposed concrete, wooden paneling and weathering steel along with latticework and setbacks combine to reproduce the colors and depths of the façades of the neighboring buildings.

The access from Donceles street is through a series of trapezoidal lattices and opens onto a long passageway that functions as a lobby for the auditorium and as a distributor to the exhibition areas, museum, lecture halls and offices. Two staircases, one central and one set in a corner, articulate the labyrinthine circulations between the spaces and link up the various areas of this street-to-street cultural center.

The article was first published at Arquine. 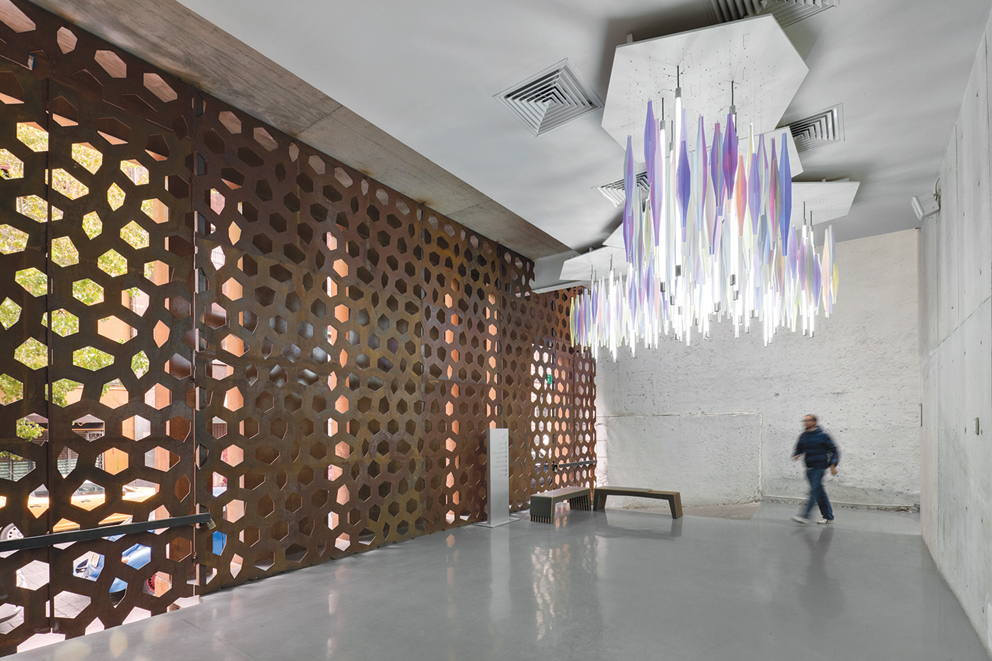 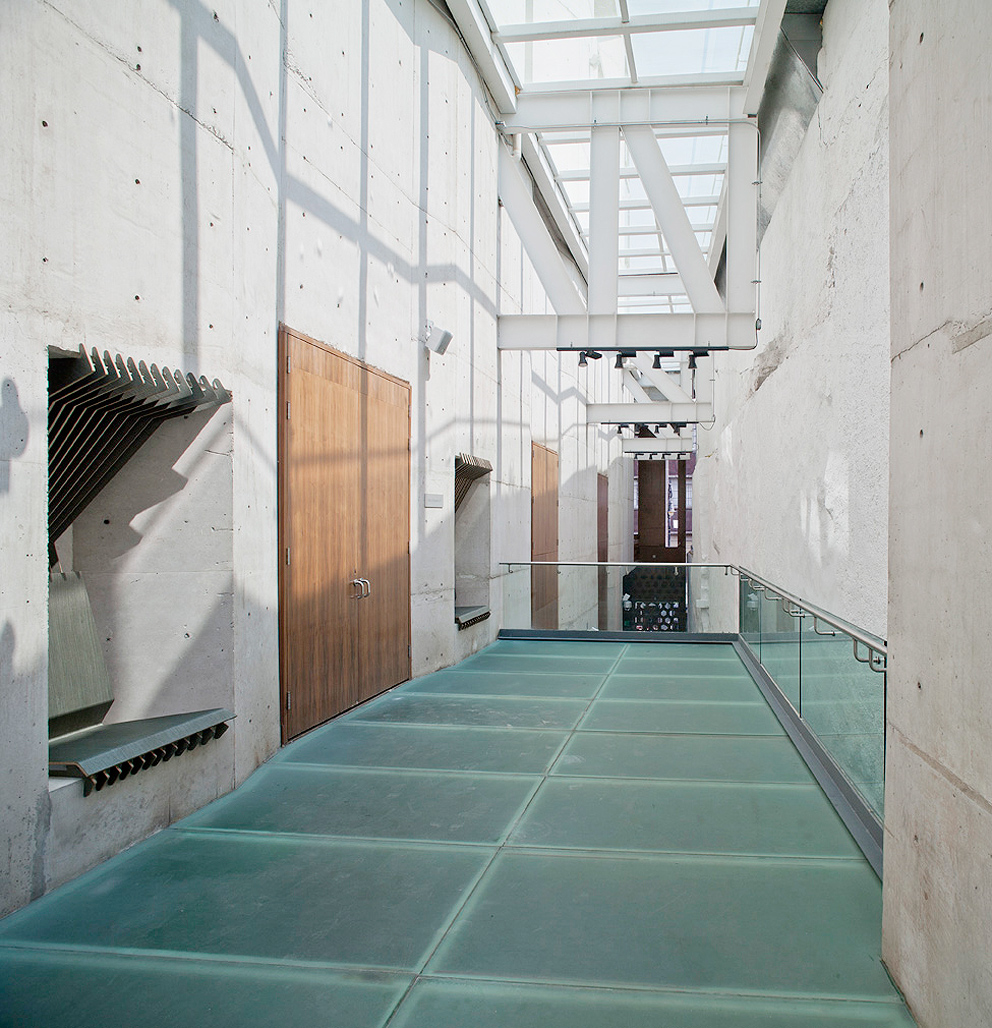 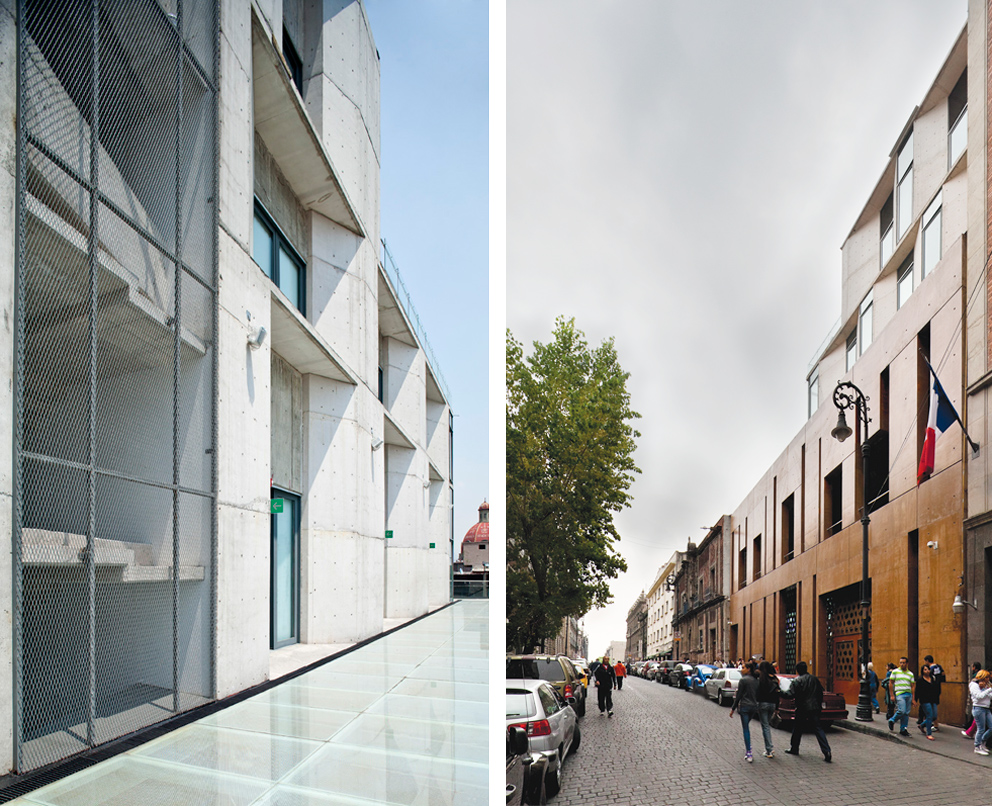 Setoffs and jutties dominate the structure of the façade. Photo © Rafael Gamo