The monograph “The Structure. Works of Mahendra Raj” is the first comprehensive presentation of the engineer’s contribution to the development of architecture in India, showing his bold designs over the past six decades.
by Anna Moldenhauer | 10/11/2016

“All engineering is teamwork. An individual can rarely be the sole author of the structure”, professes Raj Mahendra. Perhaps this is one reason why it is often only the architect at the forefront of outstanding construction projects and the engineer’s contribution is praised behind the scenes, as it were. The experimental designs of Indian structural engineer Raj Mahendra have in contrast succeeded in directing the spotlight to civil engineering.

One of the influences that guided Mahendra Raj early in his career was the architecture of Le Corbusier, for whom he realized two government buildings in the Indian city of Chandigarh in the mid-1950s. These structures were recently added to the World Cultural Heritage list. After studying in the United States, Raj returned to his home country of India, where he had a defining influence on India’s emerging architecture after the country achieved independence in 1947. Given the shortage of materials and modern technology at that time his designs for complex load-bearing structures were always experimental and sought to be economical. In light of the entirely new construction methods for the Subcontinent his ideas were nothing short of daring and thus also reflect the spirit of optimism that swept the country after its liberation from the British Empire. “Engineering is not an exact science. As a structural engineer, you try to idealize the structure, understand its behavior and then make some assumptions on your own. You can never be sure that the properties will, in fact, follow these assumptions”, states Raj.

Thanks to their filigree structure, his buildings have a timeless elegance and demonstrate the search for structural logic and its essence in architecture. It was not until late in his career that Raj was able to make use of computer-aided calculations. Yet to this day he doesn’t attach great importance to them: “Computers are not helpful in the conceptual phase. We first need to create the basis before the final analyses can begin.” To this end, Raj made more than 100 drawings for most of his major projects. And because paper was also in very short supply, he used every single square centimeter for the detailed calculations.

“The Structure” is a book that presents his inventive load-bearing structures in exposed concrete – for example for the “Hall of Nations and Industries” in New Delhi and the “Central Gallery of Modern Art” in Mumbai – by means of 28 examples from the 1960s to the present day. The hand-drawn sketches, numerous photographs and explanatory texts set out Raj’s designs in great detail, resulting in a precise overview of the engineer’s work. Among the authors are his son Rohit Raj Mehndiratta and his wife Vandini Mehta, as well as Swiss photographer Ariel Huber. Sector colleagues such as architect Neelkanth Chhaya describe working with Raj in essays and Mahendra Raj himself traces his career. The engineer, now 91 years old, still heads his office in New Delhi. 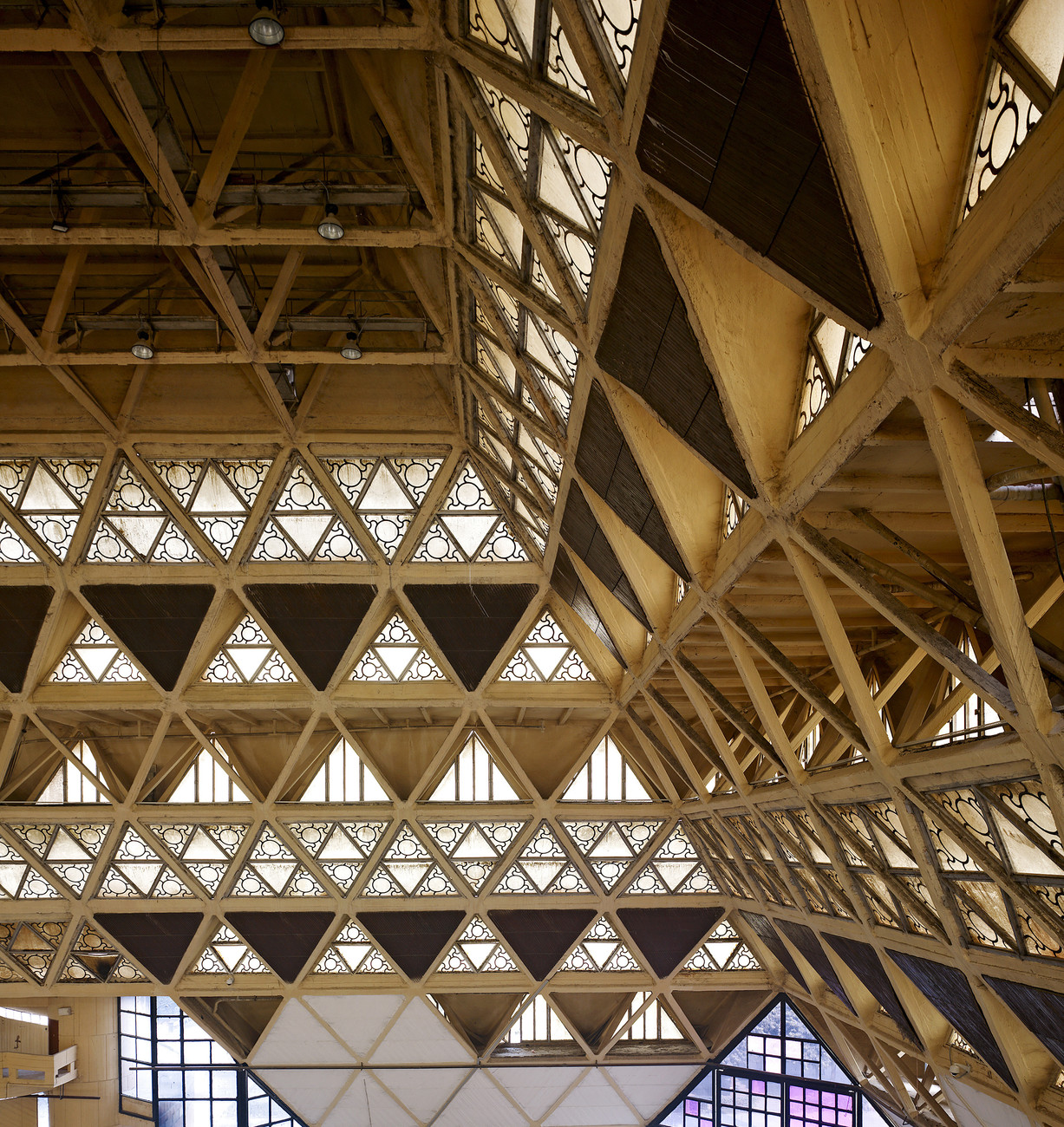 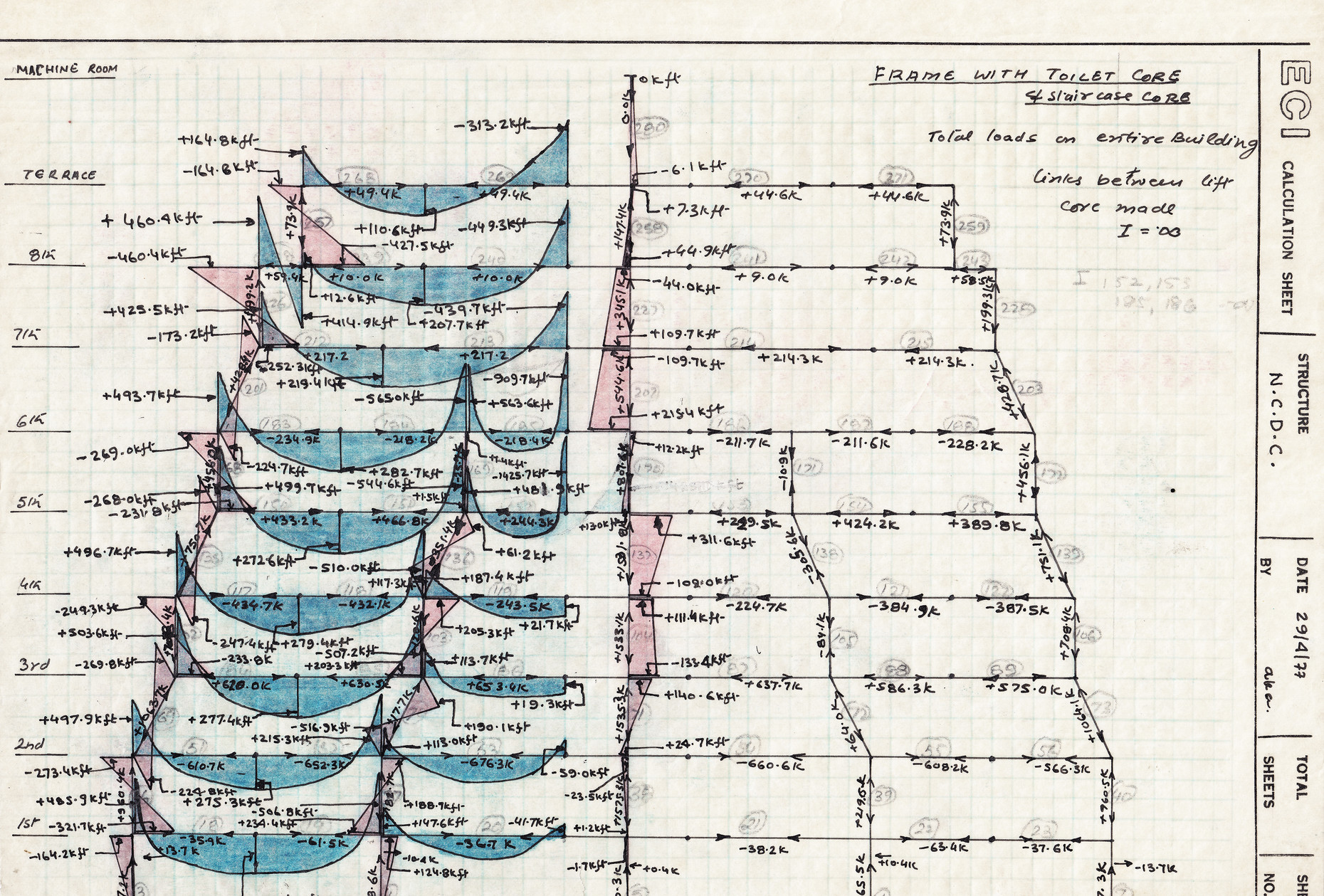 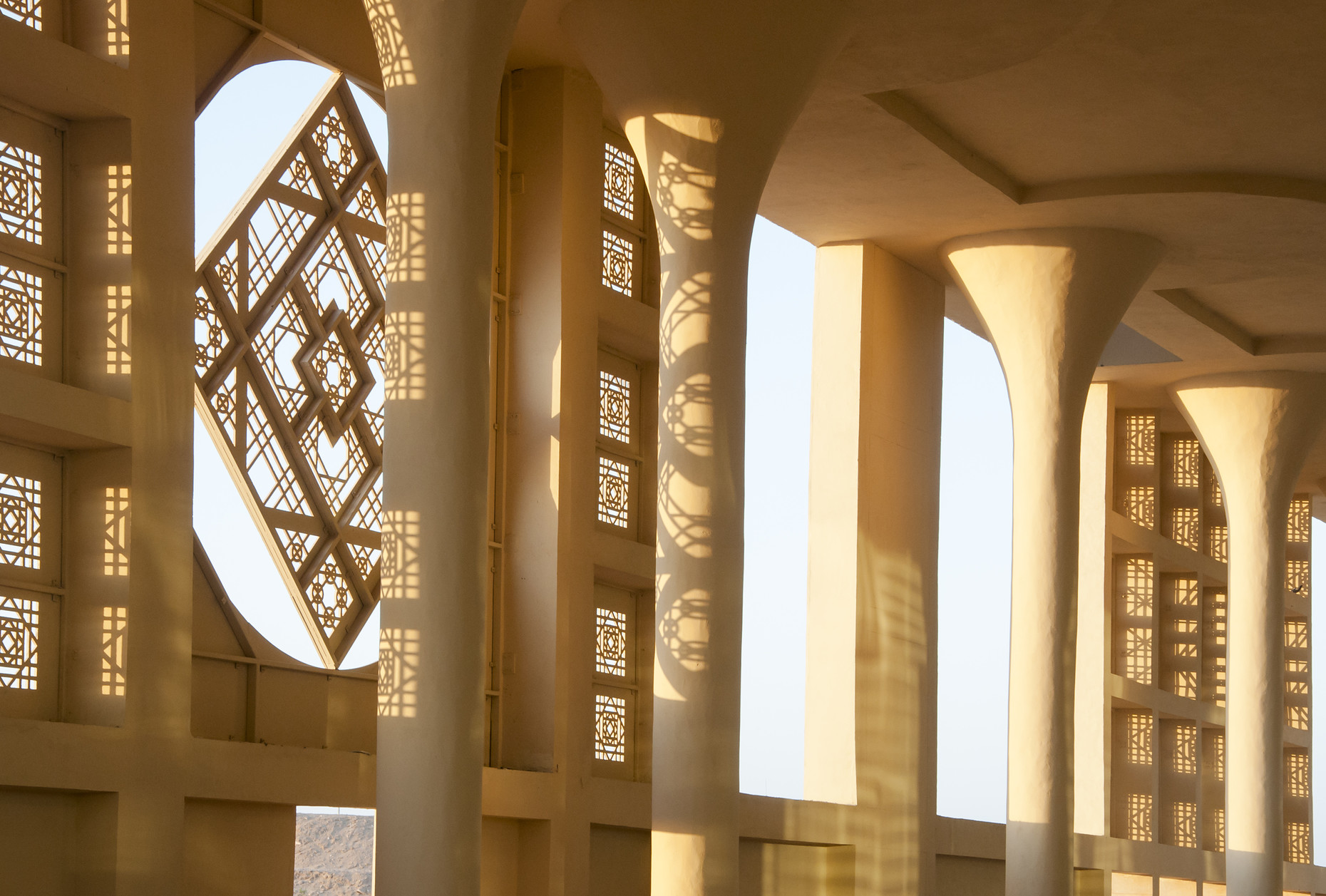