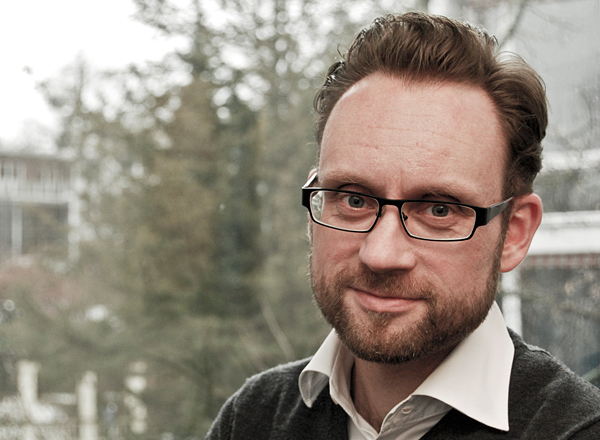 With his article on "Design is becoming the auxiliary of art", Thomas Edelmann kindled a great debate on design training. But have the arguments presented to date also provided answers on the goals of studying design? What must they enable students to do? What should they be able to achieve in the future as designers?

I tend to feel that some of those who enjoy the benefits of tenure get lost in discourses and fail to reflect on the lived reality of young graduates in the outside world. Of course, a specialist, intellectual debate with the profession is an important part of study and essential in order to see the big picture. And yes, colleges are the right place for thinkers. However, we need to train practitioners, too, who can act in the midst of our society.

Peter Sloterdijk, Rector at Karlsruhe's College of Design, spoke in one of his inaugural semester lectures of the asylum that colleges offer students. And that like the academies in Ancient Greece free students from the compulsions of the outside world such that they can develop at will. Now I'm writing this from memory and we can assume that this description was aimed only at sophomores to convince them of the freedoms of study. Perhaps also to spur them on to use the good five years 'time-out' before life begins in earnest all the more seriously. And I by no means want to suggest Prof. Sloterdijk has an unclear view of things.

That said, you can find analogies to this account in many places, and it entails a massive misunderstanding: Everyone has a right to asylum. Whereas study is a matter of entrance exams, with acceptance to a college depending on achievement and suitability. An academy such as the Ancient Greeks had lived thanks to patrons and sponsors. Its members did not have to dedicate their creativity to earning their keep. If we consider the 'image' of the academy, we find ourselves in the world of art. And thus at the point where this debate began.

Art is a purpose in itself and initially not destined to be a business success. Our society considers art a precious asset and has thus found many ways of financing an academic environment for artists, where they can focus on their creative output. There's much common ground between art and design, with the dividing lines in flux. But in my opinion design should never be unpaid! Design entails a task, a defined objective. Design delivers a real result, is real. Irrespective of whether the result is the product of an ingenious idea or simply sound craftsmanship in an everyday item – the intention is to sell it.

To put it bluntly: There must be academies where young people can test themselves. And precisely because it is so hard to find a scientific basis for this soft notion of design, we also need institutions that think more about the field rather than practicing it. We also need "labs" for designers. But if an academy sees itself as a safe haven away from reality or the compulsions of everyday life, then it comes too early in the process whereby young people mature. You need first to experience the reality of everyday life before withdrawing from and reflecting on it. A college must primarily train people and introduce them to a profession.

Design first becomes visible and influential when it enters society in a clear form and is accepted there. This is quite unlike the notion of art. For you need a business that makes products and sells them. A designer initially has no idea of all this. And we should devotedly step back here and understand that it is initially the entrepreneur who ensures a design is successful. Be it Steve Jobs at Apple or Rolf Fehlbaum at Vitra, it is always a captain of industry who discerns the impact of design and thus then permit outstanding design as a consequence! If design is not considered a strategic core variable, then the designer hardly has a chance of developing products that really radiate.

A far remove from such fortunate linkages, day in day out products get developed in their thousands to which designers strongly contribute. Products that are not marketed under the sign of a star designer, for clients who have never heard of Philippe Starck, for example. Here, the designer needs to knuckle down and find his place. Costs, production tooling, sales channels and client bases are the firm safety rails. Even if the designer is not on a manufacturer's payroll, he still has to coordinate with all the other fields involved in the development process. Meaning he needs a peripheral knowledge of what the others do and to be able to communicate with them. Exactly that is what is expected of a young designer who wants to work in or with a design office. They will need to be able to shine as part of a team. Down-to-earth design skills, i.e., using a pencil and paper, CAD software, and an ability to make simple models – they'll definitely need them to be part of the team.

Ironically, at colleges it's usually part-timers, tutors or assistants who were until recently themselves students who are expected to teach such "hands-on skills". The quality and consistency of the teaching differs greatly owing to the frequent turnaround in teachers. Professors, by contrast, like to inhabit the domain of the approximate. This fatally conveys to students the idea that the approximate has a higher status than real work sketching or with a (virtual) model. Many German colleges generate design generalists in this way who have no real expert knowledge. While ruminating on the world they forget the meat and potatoes. Meaning that graduates are condemned to make it on their own and hope for their invariable breakthrough as auteur designers. They simply lack the 'basic' skills needed for employment in a design office or the design section in a large corporation. Because these already have bosses who are steeped in "concept worlds" and aren't interested in 23-year-old ideas guys and gals; they want staff who can execute an idea. Intelligence is simply a given!

When design becomes the art (of survival)

It's no doubt not just a question of the potential afforded by new, fast and cheap production methods but of the excessive number of designers that the latter more and more often shoulder producing their own products. In other words, in the lack of a client become their own client. Perhaps at some point we'll look back and see this trend as a sea change, when processes began to become decentralized again, when the big fish were replaced by many small fry? Superficially, this process describes a deeply precarious situation. Only a small percentage of the graduates in product design find jobs or comparable employment where they can earn enough to survive, let alone support a family. At the same time, a strange product culture evolves that exists only for its own sake. Design for designers. A product made only to be published or exhibited.

What design college has a database of alumni? How many graduates later really work as product designers and do not simply work as assistants in furniture stores of do something completely different? And what about the actual income of those who actually sell their labor as designers? At least in monetary terms, the design sector is pretty close to art: thousands of people living in conditions not unlike that of students.

In the final instance it is only honest and logical that Hamburg has reclassified design studies (with the content that has to date been imparted there) as a variant of art. Other colleges should be equally courageous and thus give young people a clear idea of the future when choosing what to study. Currently, in many places I says design on the label, but the content is art.