Has the Dubai Bubble already burst? The one-kilometer-high Nakheel Tower has been shelved for the time being, 3,000 cars without owners, immigrants dumped somewhere downtown, price crunch in the real-estate sector - that is the current news from Dubai. Was it not inevitable that if you reach for the stars the way Dubai did in recent years, you come down to earth at some point? So the question is really whether it will be a soft or a crash landing that Dubai will experience. No one can or wants to predict what will happen, but the unanimous opinion seems to be (and there's an element of self-assuring in it) that current conditions afford any number of opportunities. Many are even sounding relieved that the almost uncanny pace of development has now been throttled back and talk of a health phase when people can sit back and take stock of things: Dubai should now steady and specifically remember its cultural values.

Cultural topics were accorded a key strategic role even before the financial crisis hit. Abu Dhabi is a pioneer in this regard and with its Saadiyat Island museum island prioritizes culture and with Masdar City highlights sustainability - but Dubai is fast catching up. Thus, the state Dubai Culture and Arts Authority under the patronage of Sheich Mohammed Bin Rashid Al Maktoum organized the "Dubai Next" exhibition in June 2008 for the Art Basel. Curated by Rem Koolhaas, it focuses a critical eye on Dubai's development and presents the cultural edifices designed by Zaha Hadid Architects and Rem Koolhaas/OMA. Notably the exhibition was held at the Vitra complex in Weil am Rhein, meaning in a setting defined by not by art, but by design and architecture. This pointed attention clearly in the direction of the culture of objects for use, something that is not yet to be felt in Dubai, among other things because the requisite locations do not exist - or it takes place hidden from sight, open only to the initiate and cognoscente.

"Traffic" is precisely such a location. Rami Farook, a local entrepreneur, founded the design gallery in 2007 and it has since been expanded to include its own design studio and a retail outlet. Originally, there was primarily a lack of really good furniture stores, while today Traffic understands itself as a design network for the entire Arab world. It is busy initiating the first competitions and exhibitions, setting the design discourse in motion. Its own design team consists of eight people of very different origins and has just been expanded to include Katrin Greiling, a German-Swedish designer. Traffic's showroom and office is located in an unobtrusive side-street right next to the Mall of Emirates. The building has a plain façade, and the rooms and interior design could be classified as minimalist. The showroom window features "Myto" chairs by Konstantin Grcic, and direct behind them the "Siebenschläfer" bed, Nils Holger Moormann's brainchild. And there are limited editions, such as one of Droog's "Chest of Drawers". This is a real statement in the midst of the "mega-glitter" that is Dubai - as Myto is in the final analysis nothing other than a colorful plastic chair and you have to assemble Siebenschläfer together yourself using the multiplex boards provided. Astonishing in a city where everyone purportedly seeks the most expensive, grandest and most luxurious objects.

According to Rami Farook, Dubai has started to notice design as a topic for about two years now. And the number of those who feel reduction and innovation are the path to exclusivity is rising constantly. Traffic's best customers include those citizens of the United Arab Emirates who have become acquainted with contemporary design during stays abroad - and can afford it. To date, investors and planner have had to satisfy a plethora of tastes and cultures. Moreover, projects have always had to be realized very swiftly and seen from a commercial vantage point. The globalized "Hotel Interior Style" was without doubt the surefire way and there was little scope for more radical ideas. By contrast, progress has long since been fully underway in the domain of graphic design, which has strong roots in the long-standing tradition of calligraphy. At this level, Traffic has already evolved its first joint projects with the Khatt Foundation, a center for Arabic typography based in Amsterdam that promotes cultural exchange between Europe and the Middle East.

Farook seeks to preserve the local heritage and yet also move it forward, because in the past many local traditions suddenly found themselves confronted by Western habits and mingled with the latter. That said, strong ties to a cultural identity are imperative for a culture that is exposed to drastic change in the shortest time imaginable. After all, there has hardly been a second place that has been so open to innovation as Dubai. Today, at Traffic you can primarily enjoy viewing design products from Europe. "There is nothing else to show," Rami Farook, but adds, with a smile, "well, not yet, that I promise you." 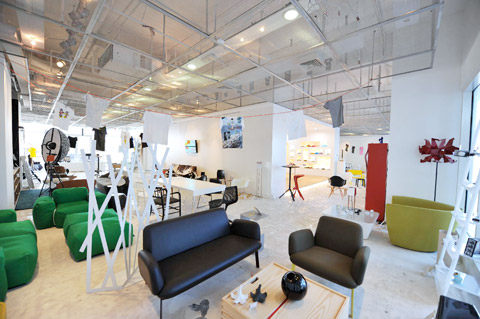 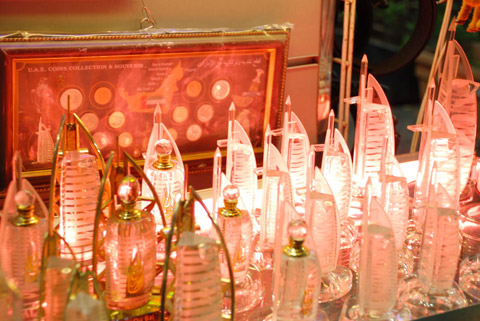 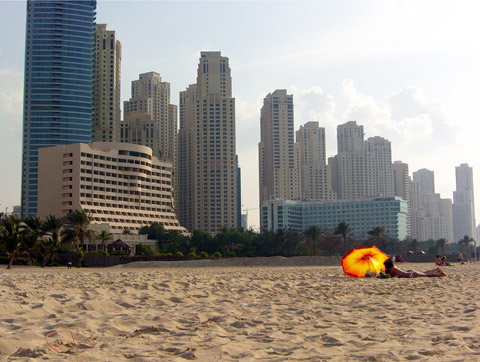 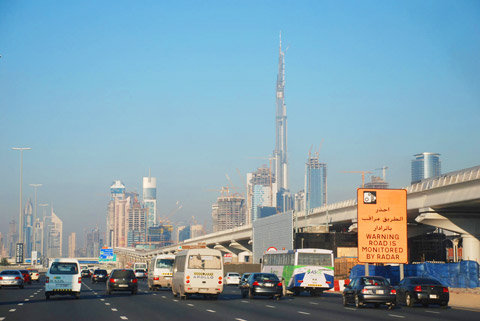 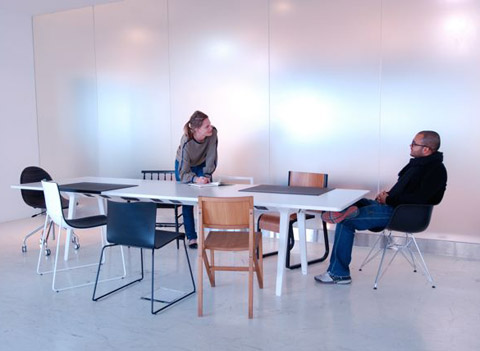 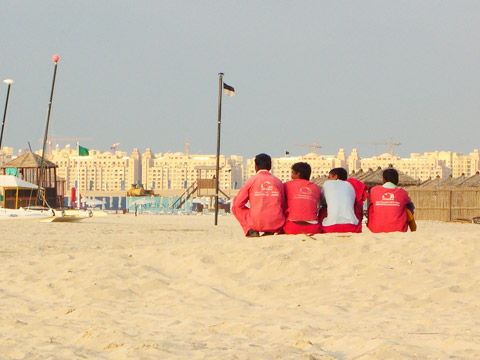 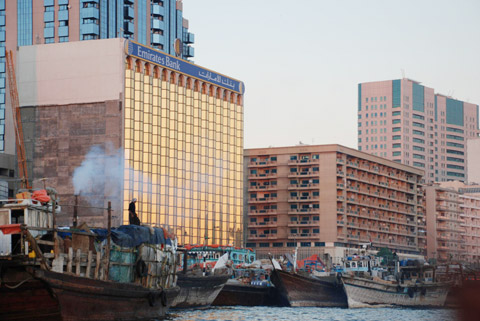