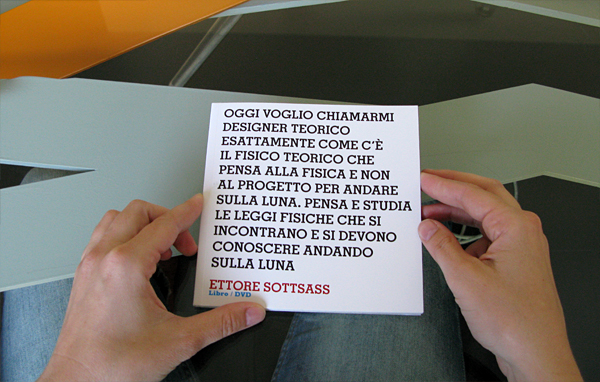 Design theory does not appeal to the media or indeed to many designers as the most attractive area of the discipline and it is not rare for celebrated star designers to have little that is convincing to say about the state of their discipline or, indeed, sometimes even about their own work. The fact that a few decades of professional experience can sometimes provide a remedy for this is demonstrated by a series of interviews that appeared recently, published by Museo Alessi and the well-known Edizioni Corraini, in which five grandees of Italian design show that design really was, once upon a time, more than just a matter of lifestyle. Achille Castiglioni, Andrea Branzi, Alessandro Mendini, Ettore Sottsass and Richard Sapper talk in these short "Design Interviews", which are now out on DVD, about their paths to what was still, at that time, a new discipline, about their own development and careers, about their search for design solutions, which, for the most part, still owed greater allegiance to society than to industry.

Andrea Branzi, for example, claims that the distinctive quality of Italian design can be attributed to architecture and explains that commercial design was for him a 'philosophical decision’. Richard Sapper talks of a time when there were still no design magazines or books and becoming a designer verged on an adventure. He never wanted design to be a matter of 'form for form's sake', but instead he was constantly driven to find the best solution, as, for instance, for his cooking pot series 'La Cintura di Orione'. In each interview, of course, the close link between the Alessi company and the designer is highlighted: the individual designs and their relevance to design history always get their due; for instance, there are also wonderfully evocative pictures of Sapper's '9090' espresso machine during its manufacturing process.

It soon becomes clear that the grandees are a far cry from today's celebrity design world, where designers unfortunately seem to spend more time promoting themselves rather than reflecting on their own work. The films are brief glimpses into the studios of these design greats, into their ways of thinking and – not only with those designers who have already died such as Castiglioni and Sottsass – an insight into another time, just a little fusty and "very old school". Given that, it seems almost appropriate that each DVD contains just a continuous piece of film and remains wholly free of any interaction, that the booklet merely reproduces the text of the DVD and offers hardly any added value. But the interviews with these grand old men highlight their strong bonds with questions of design and society: for instance when Sottsass explains why one is alive when one drinks out of a glass but squanders one's life when one drinks from a paper cup. They are short, filmic design histories, narrated by the protagonists themselves; they are well worth seeing and they document a seemingly forgotten time, when design could still incontrovertibly be regarded as a reflective profession with an awareness of its own meanings. 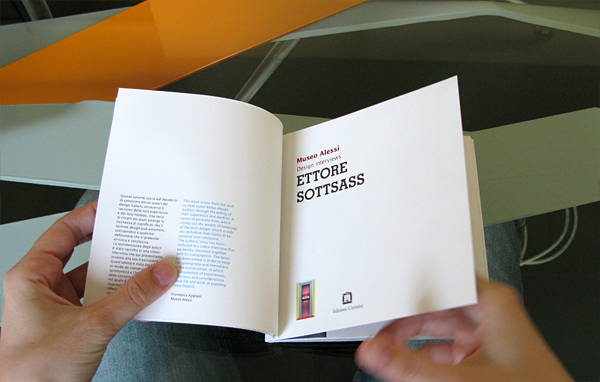 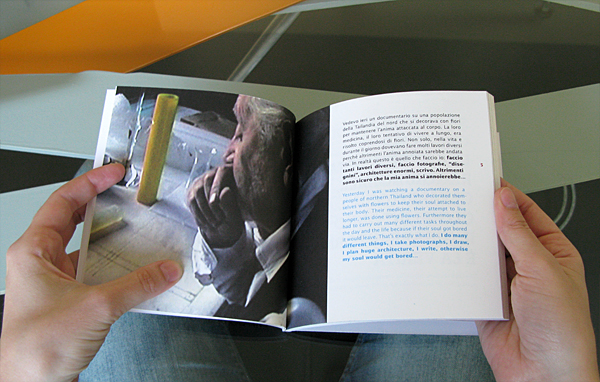 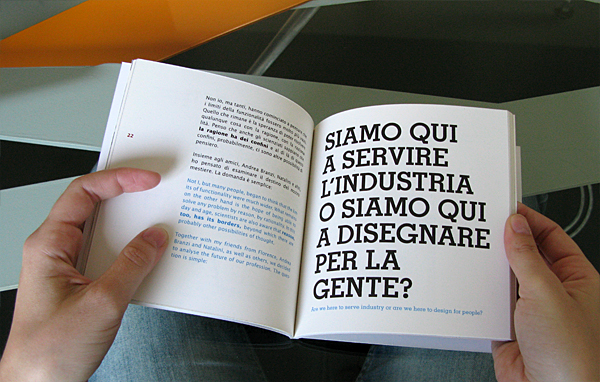 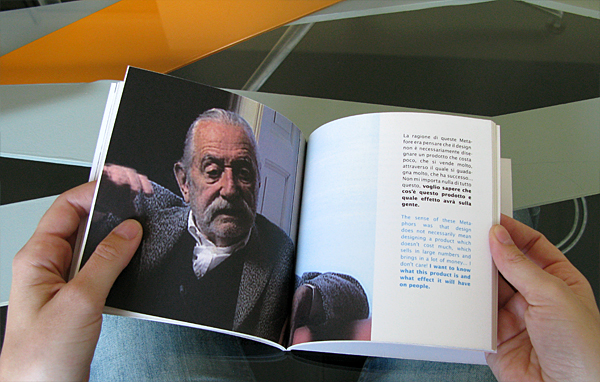 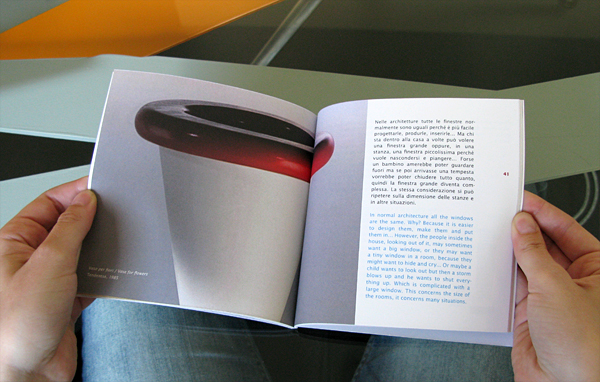 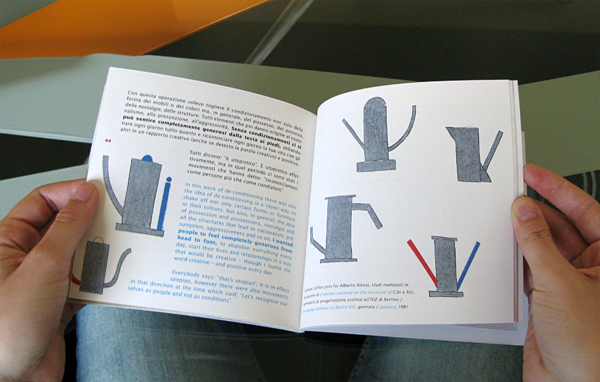 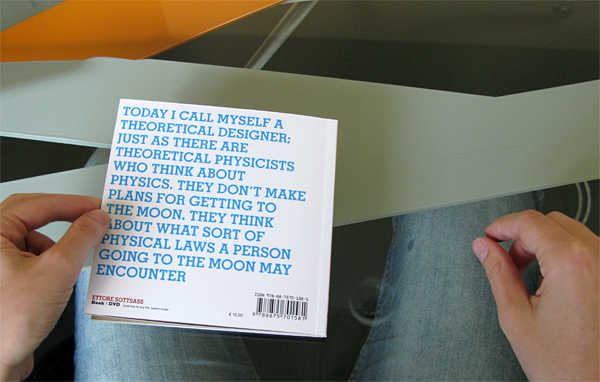