The Finns – as we know since the emergence of Aki Kaurismäki – are somewhat different. Melancholy, sparing with their words, and tough. "The world in itself and existence are very sad," says the film maker. However, the Finns we have come to know in his films – sad people who constantly drink vodka in the dark –are currently nowhere to be seen in Helsinki. This may be because it is midsummer, a time for people to head outdoors – to the street cafés, the restaurants, the promenades. For during the "white nights" in summer the sun barely sets. In other ways as well, you get a sense that something jovial is in the offing – indeed, the "Designpääkaupunki 2012" is coming to town. After Turin in 2008 and Seoul in 2010, the International Council of Societies of Industrial Design named the Finnish capital, Helsinki, World Design Capital 2012.

Design is ever-present in the northernmost capital in continental Europe, as it is in the rest of Finland. In most apartments you will stumble across cutlery by Arabia, a glass by Iittala or fabric by Marimekko. For over 50 years now the easternmost country in Scandinavia has stood for good design, which couples function with aesthetics in a most beautiful way. Clear-cut, uncomplicated and practical: that is Finnish design. Its shapes often act as echoes of the country's numerous lakes and spruce forests. And even though today almost a fifth of the Finnish population lives in the Greater Helsinki area, the Finns still seem to have a strong internal connection with nature.

In Helsinki, you come across great names in Finnish design literally at every turn. In the city center, the big three in the world of Finnish design glisten on the Esplanadi, Helsinki's answer to the Champs Élysées. The city's central boulevard is made up of two streets and a park and is home to Marimekko's flagship store. The brand is one of the most successful Scandinavian design projects of the 1960s. After the gloom of the War, Marimekko wanted to bring color and happiness back to everyday life. Young designer, Vuokko Eskolin-Nurmesniemi, was at the helm and her cuts were no less radical then her patterns. The Marimekko world, so diverse in its range of forms, has always opted for stripes, dots, geometric patterns and evermore abstract flowers –all this in the brightest of colors.

A little further toward the harbor and the market, is the Iittala store. The glass and cutlery manufacturer at 25 Pohjoisesplanadi propagates fundamentally sustainable design with its slogan, "Against a throwaway culture". The company is known world-wide for its colorful creations with clear forms, closely in touch with nature. The golden age for Iittala began after the War, when the young artists Tapio Wirkkala and Kaj Franck joined the business. They made their mark on Iittala with designs that were downsized, beautifully fashioned, functional and affordable for everyone.

If you cross the street and walk through Esplanadi Park, you will find yourself at 18 Eteläesplanadi, standing in front of yet another producer of classic design: the furniture manufacturer, Artek. In 1935, a group of young Finish idealists headed by the architect Alvar Aalto and his wife Aino founded the business. Their furniture was based on functionality, timeless aesthetics and durability. Nature and its forms served as the blueprint. It was Aalto's designs that paved the way for the "Nordic" boom in the 1950s. Up to the present day, around three million of his 1932 no-frills stools, "No. 60", have been sold. Last year, Artek obtained rights to the collection by Ilmari Tapiovaara – a real rediscovery, for the Finn had long since faded into obscurity, even in his homeland. His creations, such as the 1956 Windsor chair "Mademoiselle", are now well worth taking another look at.

This will in no way diminish Alvar Aalto's prevalence. The brilliant architect and designer is omnipresent in Finland, having built Finlandia Hall, furnished the café in the academic bookstore and erecting the Nordic Bank building on the Esplanadi. Those who want to admire one of the best-known designs by the father of Finish Modernism should book a table at the Savoy Hotel. As well as the furniture, in 1936 Aalto also designed the famous "Savoy Vase" for the restaurant. As Aalto himself said, when designing this particular piece he was inspired by the shape of a puddle. But the country's lakes, with their curved banks, likewise provided him with a model for the flowing contours. A special edition has recently been created, which – perfect for nature-lovers – is blown into a wooden mould, giving the surface a lighter structure. Today the vase produced by Iittala, is just as well known in this, the country of a thousand lakes, as the national coat of arms.

Helsinki, however, does not stand awestruck in the face of the doyens. Not far from the cathedral, the market, the Senate and the Esplanadi lays the new design district. The creative pulse of this young scene emanates from the Punavuori quarter. There are around 190 stores, boutiques, galleries, restaurants and clubs that await its visitors in the area surrounding Uudenmaankatu. One of the highlights is the Ivana Helsinki store. Since 1998, the independent label has been poetically combining art and fashion. It is the fashion designer, Paola Ivana Suhonen's desire to tell stories with her work and so her clean cuts are decorated with the most unusual of prints –butterflies, deer and sometimes even moths can all be seen bustling across the fabric of her dresses. Paola Ivana Suhonen calls her style "Fennofolk", a fusion of Scandinavian and Slavic elements. Last September, Ivana Helsinki was the first Finish fashion label to appear at New York Fashion Week.

The young fashion designer is characteristic of new Finish design. From its peripheral position in the north, it is now making its way toward the center of the continent. Its motto could sound something like this: If the design world won't come to us, then we'll go to it. The new design generation is just getting started and is being supported with decisive vigor by Pekka Timonen, Director of the World Design Capital Helsinki 2012. And so, the design group Kokoro & Moi was commissioned to create the corporate design for the big event. They conceived a design, which aims to be colorful, playful and open. For openness is currently the most important buzz word in Helsinki.

International flair instead of Nordic remoteness, forming a collective in place of going it alone: these are the ideas to which many young designers are dedicated, the design collective "Imu", for example. The three women, who make up the collective, produce furniture, lighting and carpets, though they also work on experimental pieces. However, as the self-proclaimed "National Design Team", the trio also aims to provide a common platform for other young designers. "Finland," they told us "is a small country and the design field is limited. So it is important, to pool our strengths, rather than fight one another."

Design with a competitive factor

Many of the creative minds here know each other anyway, and often studied together: Aalto University, one of four art academies in the land of the midnight sun, is in Arabianranta. This district in the north-east of Helsinki has a long tradition in industry; porcelain manufacturer Arabia opened its factory here in 1873. Aino Aalto's flute glasses and Kaj Franck's legendary "Teema" service are still produced here. Although the Arabia factory's red-brick chimney has now served its time. In the attic, artists such as the popular ceramist Heljä Liukko-Sundström carry out their experimental work in their studios.

Since 2005, the Helsinki Design Week (together with the Habitare, the biennial furniture trade fair) has been a highlight for design lovers. Last fall, the design week focused on the roots of the country's national history: Finnish architecture students created the Kalevala Cradle under the direction of architect Travis Price together with his American colleagues. The construction made of wood and glass is based on the Finnish national epic, the Kalevala. This temporary installation on Seurasaari Island – half boat, half shack – provides a preview of the big event next year.

The Finns are proud of their design. Moreover, creativity is considered a competitive factor with a future that should be taken seriously; something that other countries are yet to become aware of. The title "World Design Capital 2012" now offers another chance to present themselves to the world as a creative, colorful and cosmopolitan nation. Until then, a cold, dark winter lies ahead for the designers, giving them plenty of time to come up with ideas, with which they can welcome the world next year. 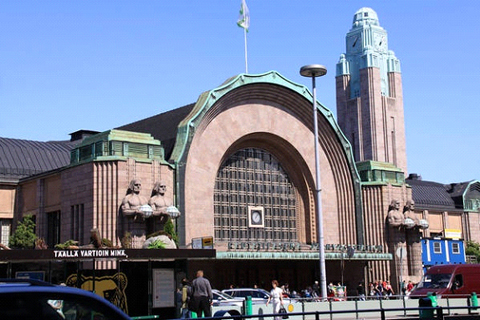 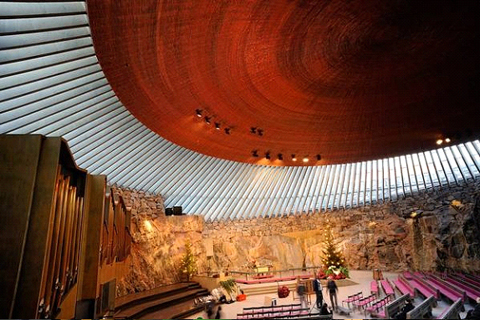 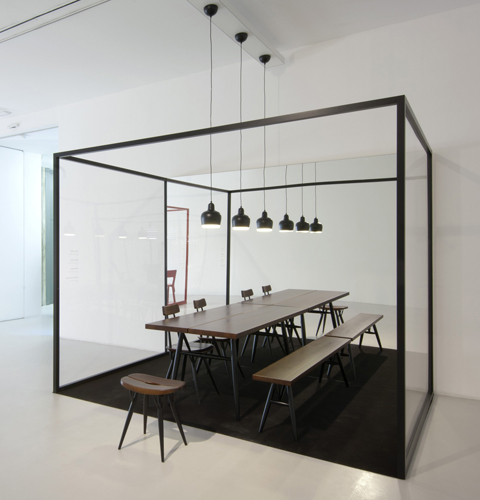 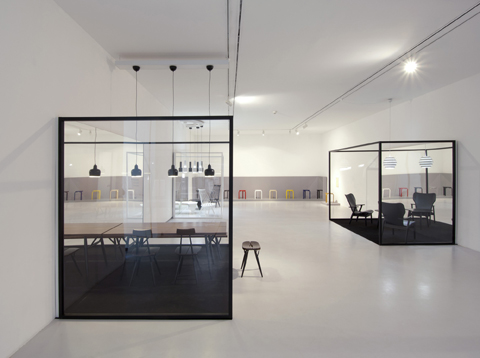 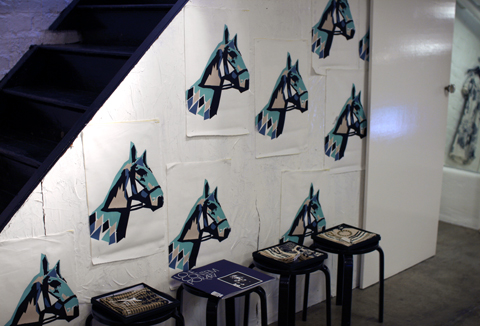 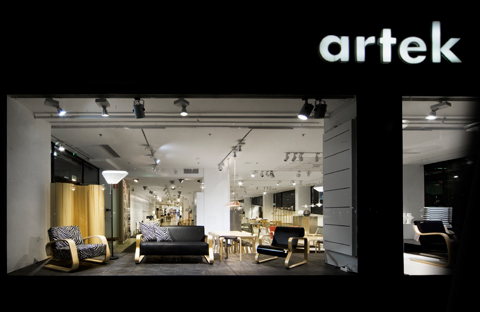 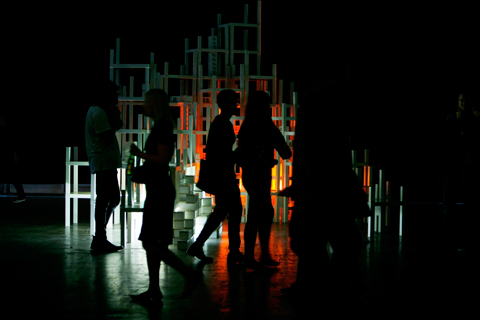 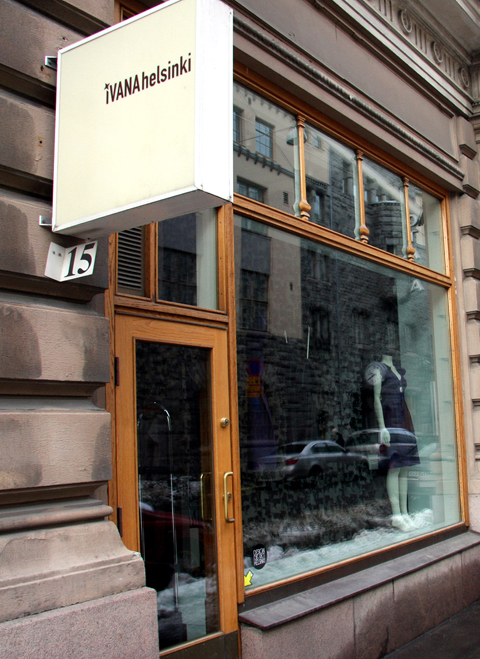 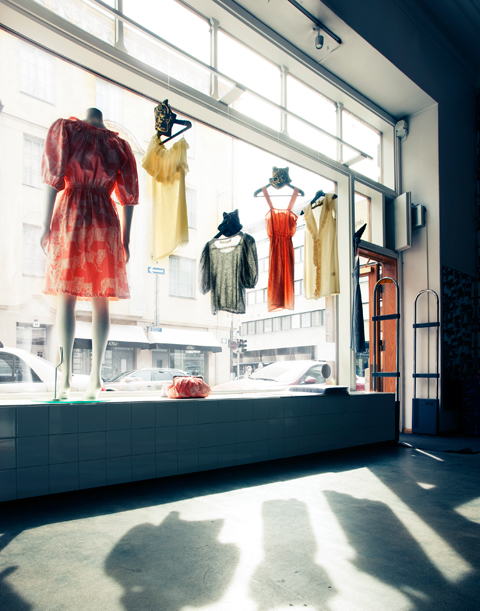 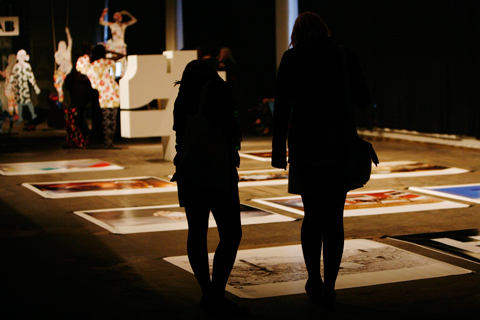 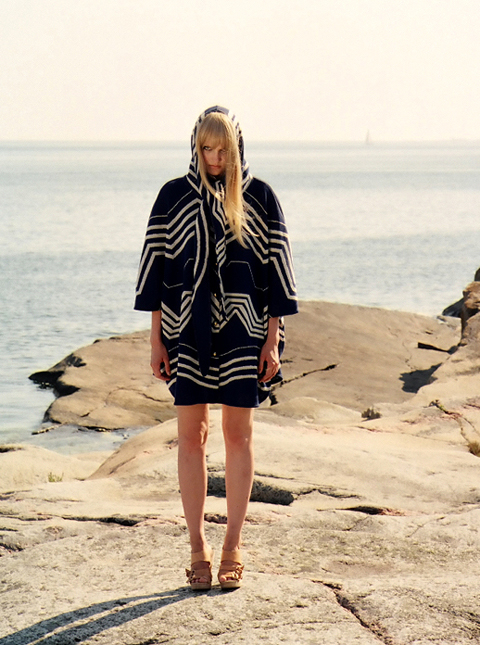 Collektion „Where the Fuck is my Sailor“ by Ivana Helsinki 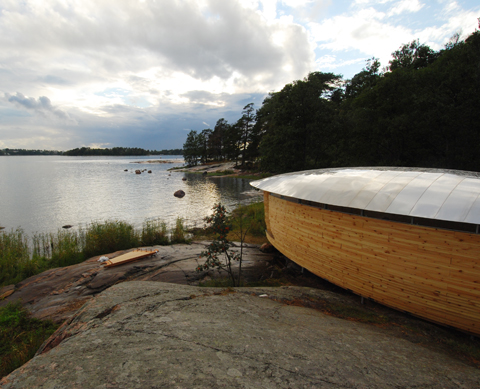 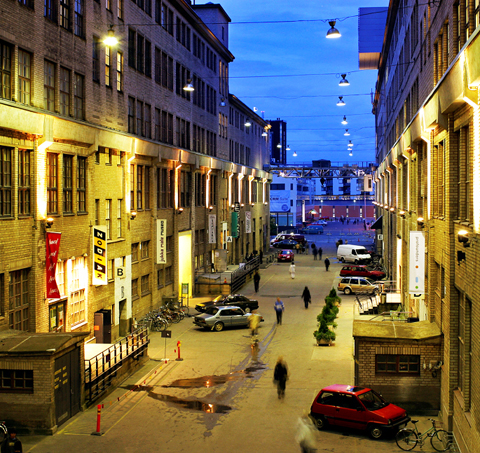 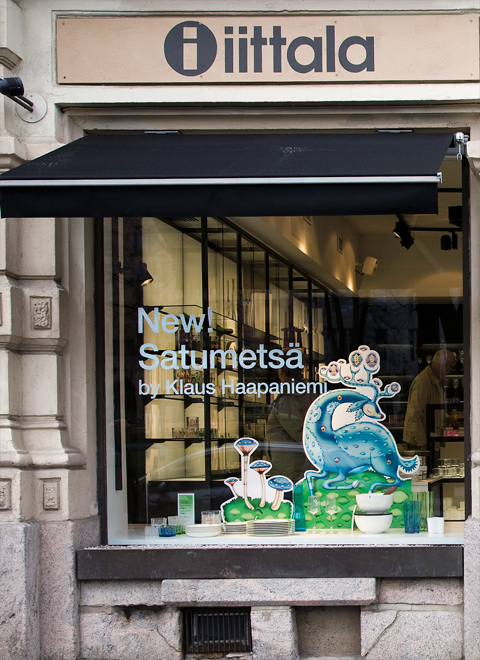 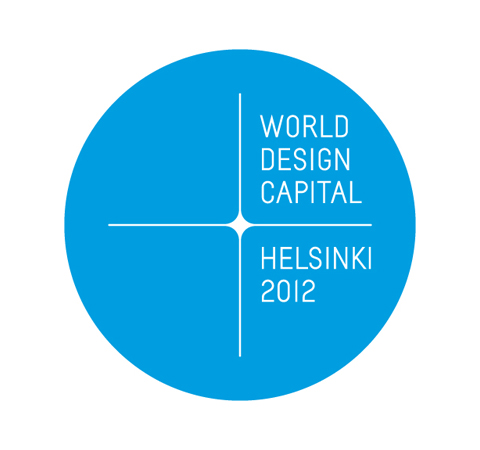 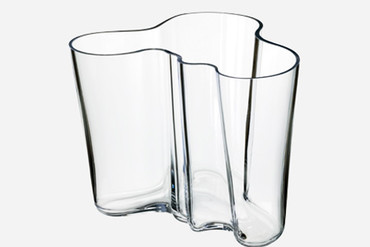 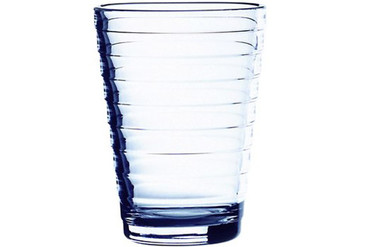 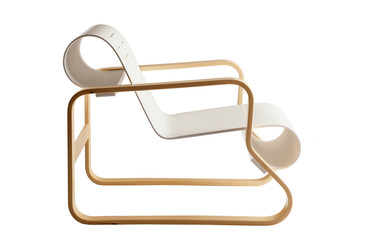 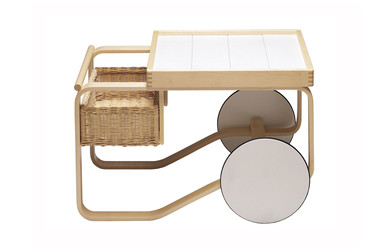 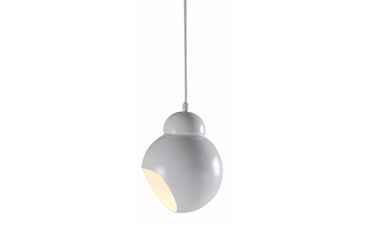 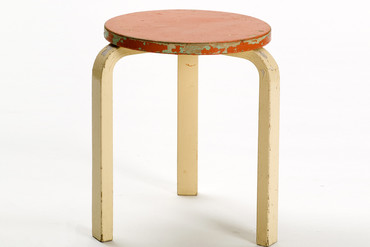 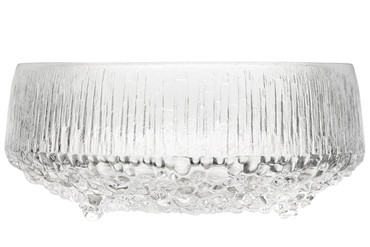 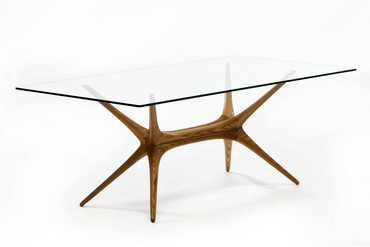 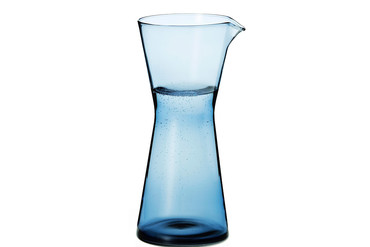 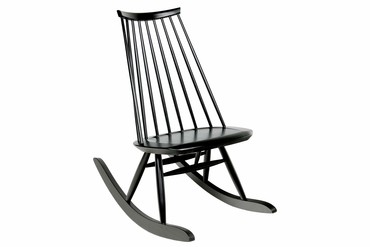 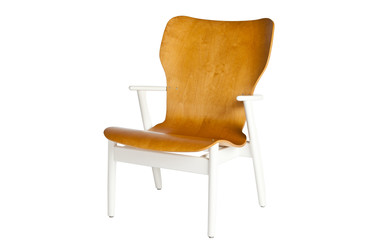 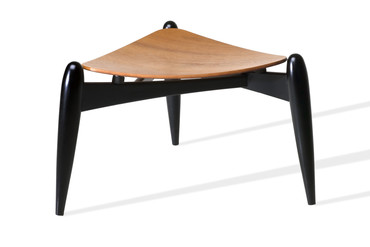