Yet in the midst of morbid decay there are still beauties to behold in Detroit as everywhere in the city the relics of an impressive industrial Modernism are to be found. As was Buffalo, Detroit was a pioneer of architectural Modernism. Its real champion was Albert Kahn, who for decades was Henry Ford's preferred architect. There is the great story, and it sounds like a postscript to Puss in Boots, of a delegation from Russia that arrived in Detroit in the 1920s. Each time they asked who had designed the building before them they heard the same answer: Albert Kahn! Kahn was born in Rhauen in Germany in 1869, the son of a rabbi, and did much to get the industrialization of Vladivostok going. His first car factory in Detroit was built on behalf of the "Packard Motor Car Company". "Building No. 10" became America's first auto factory based on a reinforced concrete shell - it was a sensation when inaugurated in 1905.

With the innovative "Packard" building, Kahn started out on a career as the industrial "Builder of Detroit", as the New York Times called him in its 1942 obituary. Kahn, a self-made man who had not graduated from college, held a unique monopoly in the town, and his firm at one point employed over 400 staff members, designing not only dozens of head offices, casinos, sports complexes, banks, clubs and private residences, but also the showrooms and trade-fair stands for all the car barons, not to mention over 2,000 factories - for the Dodge Brothers, Hudson, Cadillac, Maxwell, the Fisher Borthers, Studebaker and Paige-Hewitt. His creed was simple: It shouldn't cost an extra cent to make a factory look beautiful instead of ugly.

For all the progressive nature and tech-heavy thrust of Albert Kahn's work, he was no modern utopian, but essentially a pragmatist with one foot in the "Arts and Crafts" camp. Kahn had little time for New Building other than the functionalist factory architectures. Although he was known for his tolerance and restraint, he derogatorily termed Le Corbusier's architecture "shaven". Kahn's Highland Park factory for the Model T, which premiered in 1908, was like Fordism a minor revolution. 75 percent of its walls were made of glass, with daylight entering the four-storey "Crystal Palace", where at times as many as 70,000 workers stood at the lines, rolling out over 14 million Model Ts through 1927 - located direct next to the crowded machine park. Walter Gropius is said to have had on his desk a photograph of the Highland Park Plant, which engineers and architects worldwide treated as the holy of the holies. Kahn's rationalist construction style as an ingenious correlate to Ford's conveyor lines was something the Modernists appreciated.

In the influential 1932 New York MoMA exhibition on the "International Style", organized by Philip Johnson and Henry-Russell Hitchcock, Kahn's "Magnificent Factories" were presented as examples of a new architecture. Even Erich Mendelsohn traveled to see it but was more shocked than moved by the scale. In his "Journey to the End of Night", Ferdinand Celine describes the horrors of the "Machine Age" of Highland Park where people, their flesh shaking, themselves became machines against a raging background of noise.

Today, the former Highland Park factory is as silent as death. In the brush outside the entrance to the long brick building a sign reminds us that this is a "National Landmark", but the power of Modernism has long since vanished. Detroit's auto revolution with Ford's production innovations is today most incisively recalled if we cast a glance at the social realism of Diego Rivera's mural "The Industry of Detroit". Commissioned by Edsel Ford, only son of Henry Ford, in 1932 Rivera depicted Fordism as the gray prowess of machinery as represented by the gigantic River Rouge factory, where the second Fordist revolution started. With a workforce of some 100,000, in the 1930s the plant had emerged as the world's largest industrial facility. Today, the legend which now goes under the poetic name of the "Rouge", employs just short of 6,000 staff. For has invested USD two billion here since 2000, among other things in a glass roof sized 41,000 square meters. The architect: William McDonough, one of the leading figures of American "Green Design".

To this day, one of the most ingenious of the functional automobile buildings is the General Motors Technical Center, in Detroit's Warren suburb, which Eero Saarinen designed with his father Eliel Saarinen in the mid-1950s as a research campus, a kind of future lab for engineers, scientists and designers at General Motors: "Design is based on steel - the metal of the automobile," wrote Eero Saarinen. This futurist "Versailles of Industry" comprises a total of 25 buildings with an artful "Lake" and a gleaming water tower. Harley J. Earl, the legend of US auto-design, had his office in the Style Department. Back then, America's carmakers really did have the future before them. At any rate, the architecture, daringly opulent to this day, still attests to the fact that Detroit's last major investment was in stunning architecture.

The fact that Detroit, the symbol of America's mobile modern age, which has had such a fundamental influence on the country, could actually founder, is, however, now rousing America as well. Following the crash in October Time Magazine in New York put Detroit and its uncertain future on the front cover. "Assignment Detroit" is the name of the ambitious project: having bought a house in the city especially for reporters the magazine intends reporting from the front line for an entire year, revealing everything that is happening there, which alternative reanimation concepts, primarily in the filed of art, become established and could promise a new start. This city, so characteristic and significant for 20th century America, demands to be made a matter of national concern, otherwise there can be no hope for any restructuring measures.

In a TV commercial that came out not long after GM crashed and in which it presents its limousines as innovative hybrid versions in front of a wind farm and promises, almost apologetically, that as part of its reinvention it will focus on its core marques again, it at least stands up for Detroit. The seven blue-glass towers of the so-called "Renaissance Center" gleam in the background. The fabulous complex, originally intended as a multifunctional building, was erected in the 1970s when, in the wake of the Oil Crisis, the city took its heart in its hands again - before things went downhill again. In the 1990s, GM acquired the "Renaissance Center" and in 1996 opened its new headquarters there. Only a hundred meters away, the famous fist swings like a giant anvil, a monument to Detroit's own heavyweight world champion, Joe Louis, who made it to the very top, having started out life working in the car factory as a poor immigrant from the Deep South. In the GM as clip, Joe Louis' bronze fist is presented as a symbol of the new, and is no doubt meant to suggest: our corporate goal is to join forces in a smash-hit success. Let's hit the road. 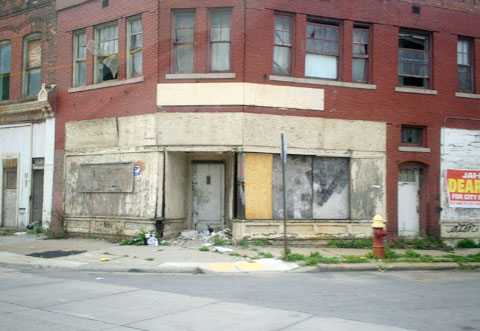 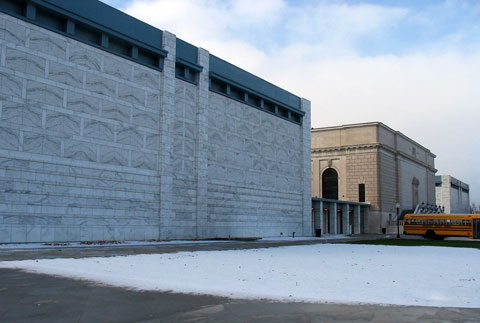 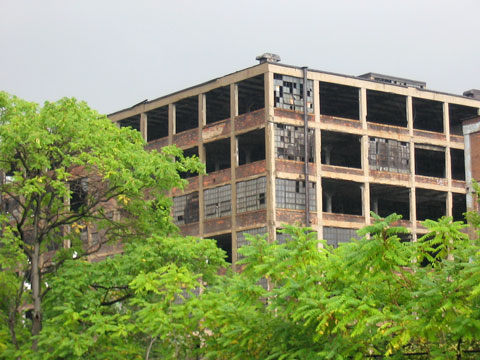 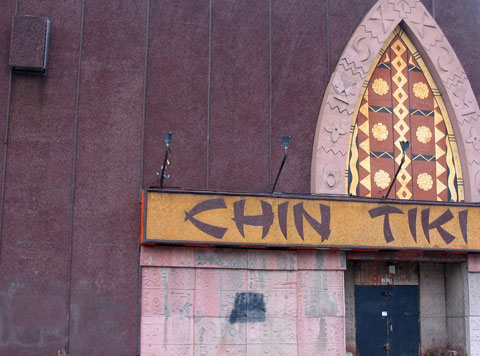 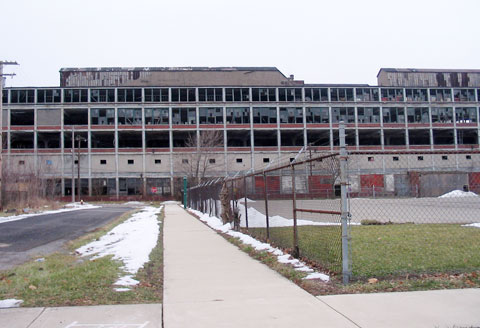 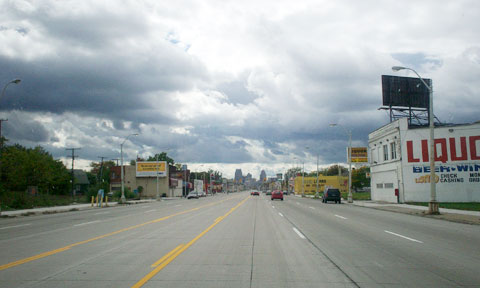 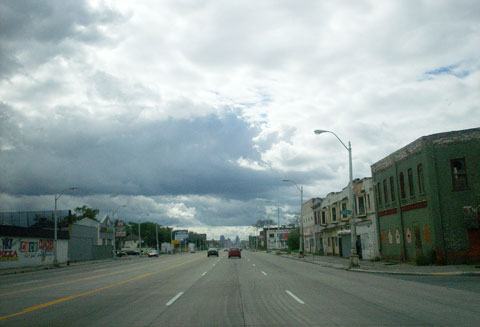 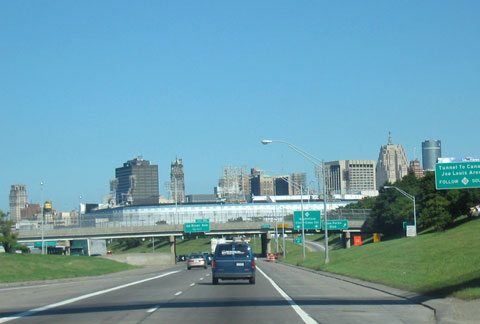 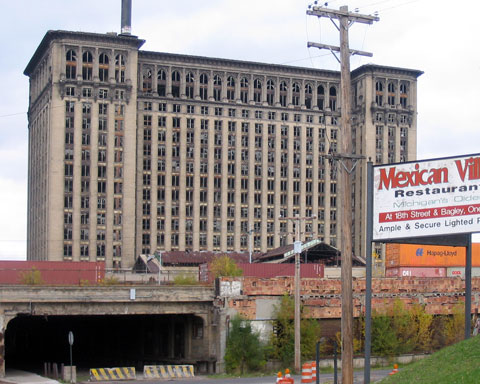 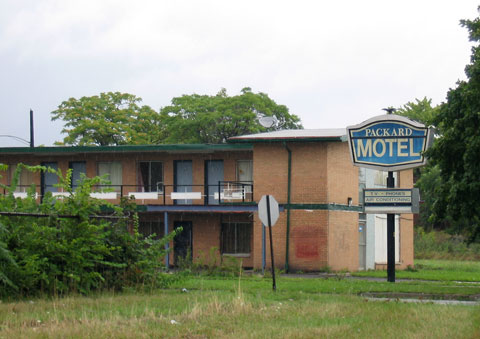 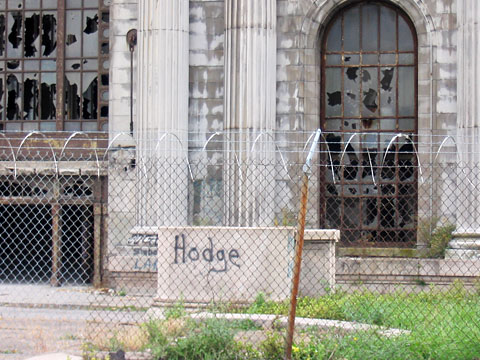 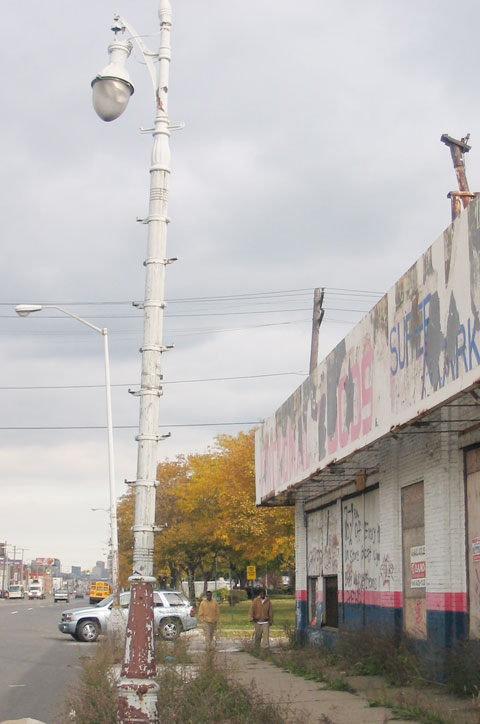 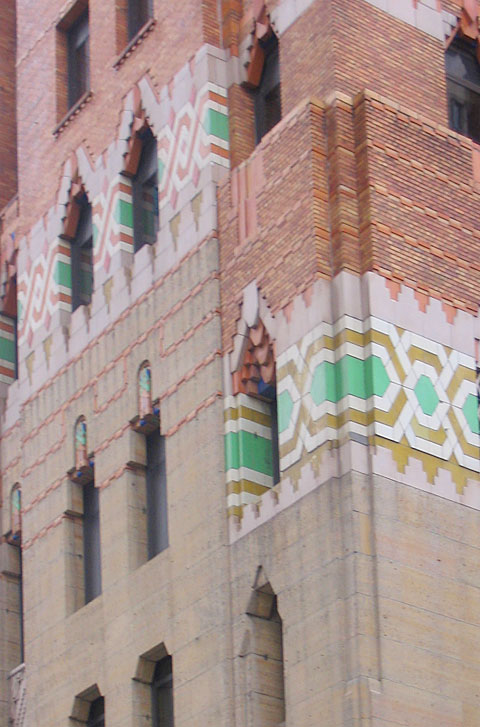 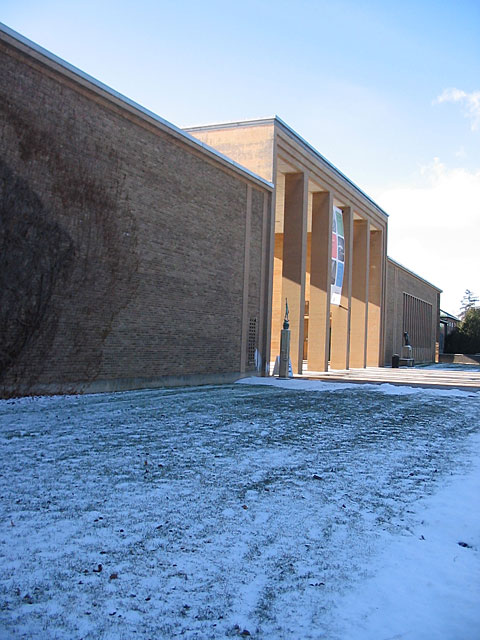 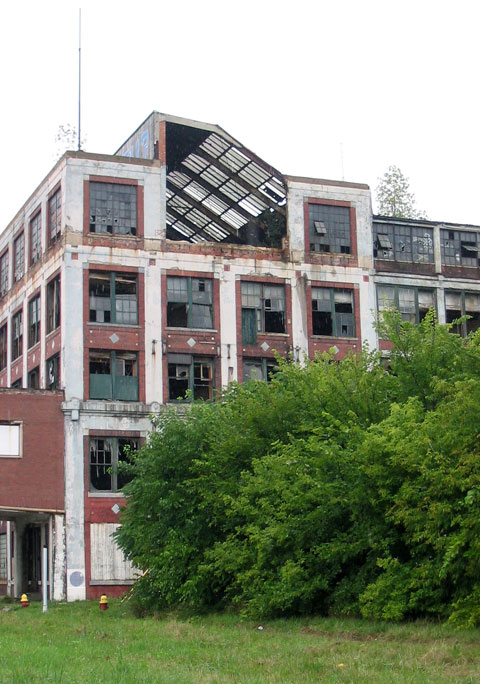 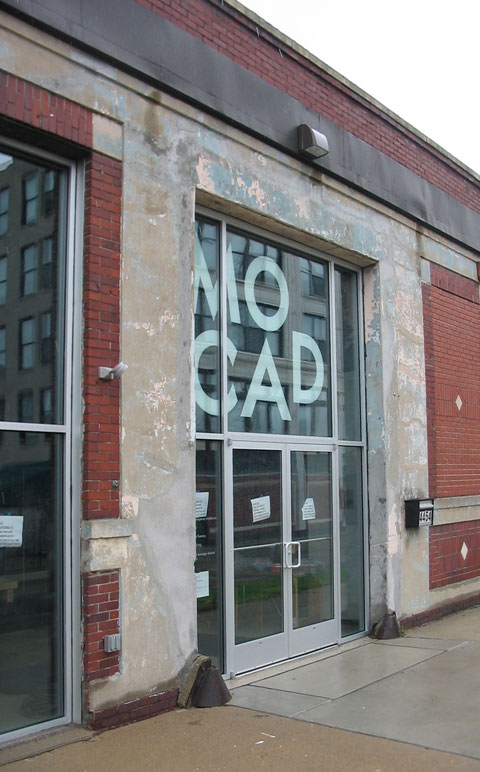 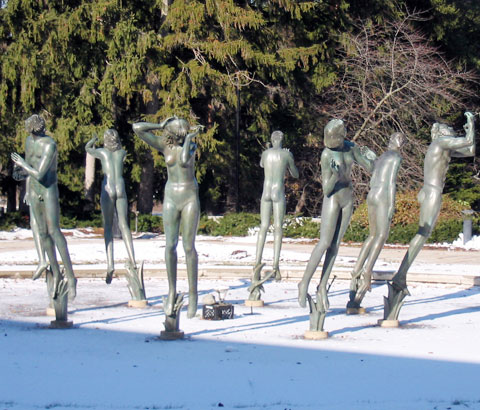 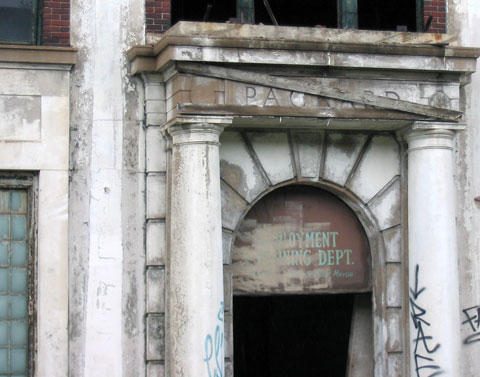 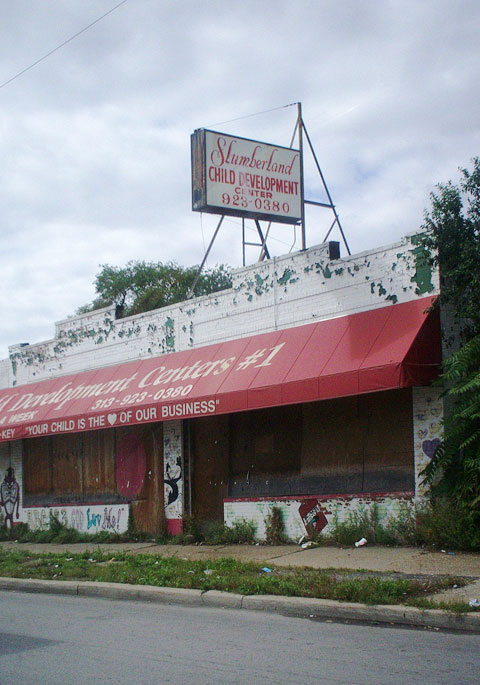 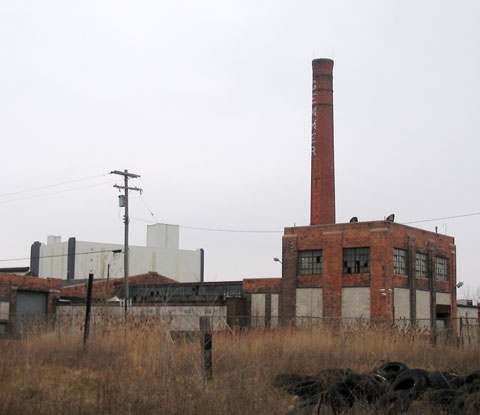 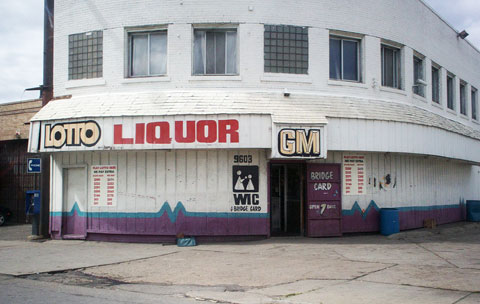 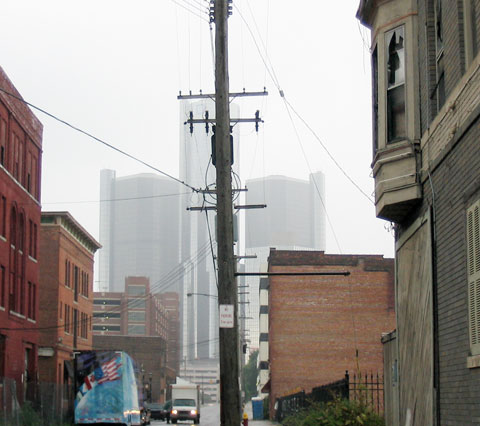 In the background GM-Renaissance-Center
Advertisement