And there was light. The “Tube” chair, the “Nuvola di luce” armchair, the “CCLight” bookcases – not only do they all look daring, they also light up thanks to integrated LEDs. Furniture that doubles up as a lighting source, two-in-one as it were, now that is unusual, surprising, makes a mark. It’s based on a novel concept that prompted Italian furniture maker Flou to create an actual brand for the purpose: Natevo. At the Milan Salone del Mobile in April the brand first took the public limelight – and is the latest project of bedmaker Flou’s CEO Massimiliano Messina, who has worked with design world titans such as Carlo Colombo, Pinuccio Borgonovo and Studio Thesia Progetti. In fact, not only is the idea itself extraordinary, so too is the underlying process.

Users have a word to say
For the Natevo pieces are not simply produced and then sold through the usual channels. The trade public, meaning designers and creative minds, (in fact any potential user) can visit www.natevo.com and vote on the market viability and finalization of a product, make donations to support the production process or simply order the preferred item. You can also submit your own designs. The Natevo idea is revolutionary. The typical production process for a piece of furniture, hitherto the province of the designers and industry, is thus opened up, rounded out, maybe even softened up. Now clients can help decide when a product is ready to roll, meaning users have the final say.
The principle of “crowd-funding” or “crowd-sourcing” is a trend set in motion in recent years in the US by the Internet platform kickstarter.com, where anyone can present a project and seek financial support. Platform users can then vote on their favored film, furniture or songs, and donate money. A German example of this is “Fashion for Home” where you can also become a trendsetter by rating designs and voting for their realization.

So how practical is an armchair-cum-luminaire?
But back to Natevo. In Milan, Flou caused a real stir with Natevo, first with the bookcases, armchairs and tables that doubled up as lighting, setting a special tone in the semi-dark. They’re the result of a net-like structure used in all designs and ensuring fine light diffusion. But where there is light, so there is shadow. The idea of integrating a light source into an armchair may seem innovative, but it’s doubtful whether in Natevo Flou hasn’t focused too much on the idea, and thus on the effect. Do we really need furniture that lights up? Do I want to sit on a chair that is illuminated? What does the furniture look like if you “turn them off”? What’re the practical benefits?
The moody light the individual items cast is not sufficiently bright to let you read or work. Meaning you will still need a conventional luminaire. So the question arises: How do luminaires harmonize with illuminating furniture? If furniture and luminaires are separate entities, then surely there are more ways of varying the living room setting. Sadly, the various items are all much of a much and there’s little variety. A greater range of lighting effects would also have been nice.

Design goes democratic
In the final instance, it is not Flou CEO Massimiliano Messina, a designer like Carlo Colombo or we viewers who decide whether we really want a chair that powers up and lights up, but the general public. It’s a moot point whether such a design democracy that takes decisions on a product idea based solely on product photos will ensure that a well-designed and functional piece of furniture finds its way into our living rooms. Perhaps it’s all more about a smart marketing strategy including market research. Seldom have the broad masses been truly tasteful and immediately spotted innovative ideas. Maybe such a process leads precisely to aesthetically discerning and enriching designs getting lost that otherwise certainly deserved to be realized. In short, while with Natevo Flou paves the way for a new kind of design process it remains to be seen whether it stands the test of time. 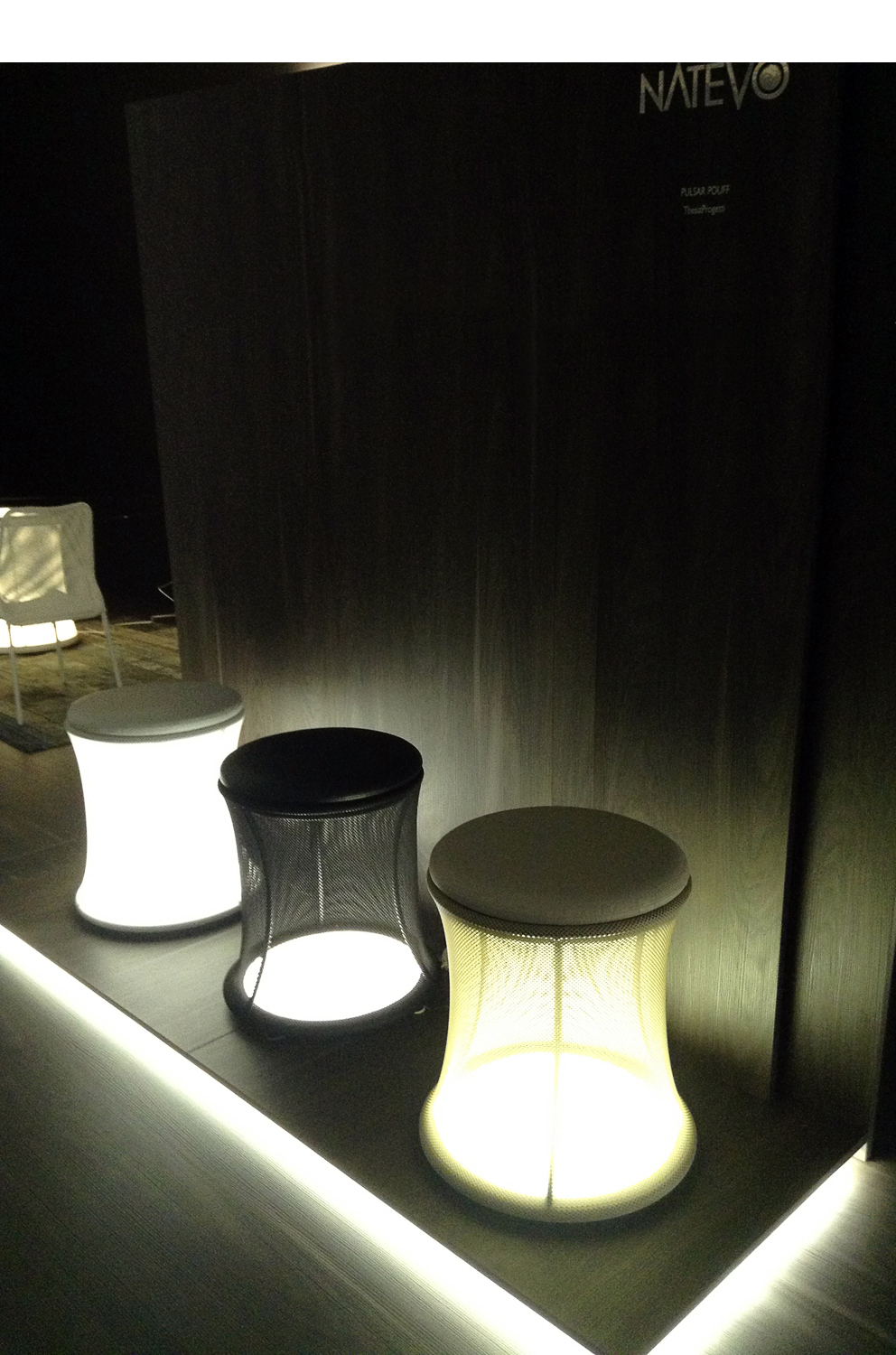 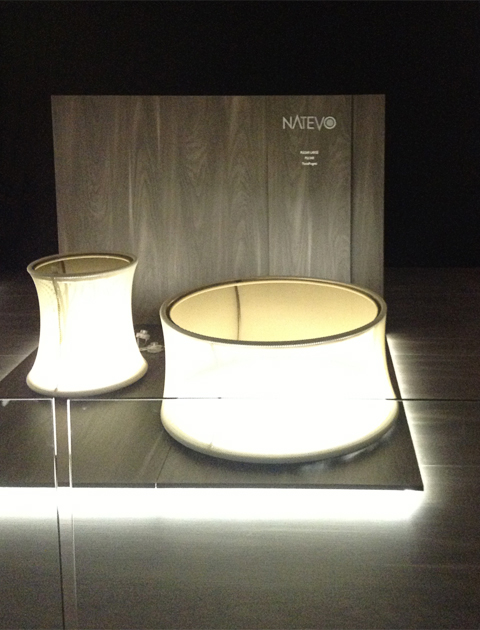 Without the glass top, the coffe table "Pulsar Large" can be used as a display cabinet for collections and objects. Photo © Leyla Basaran, Stylepark 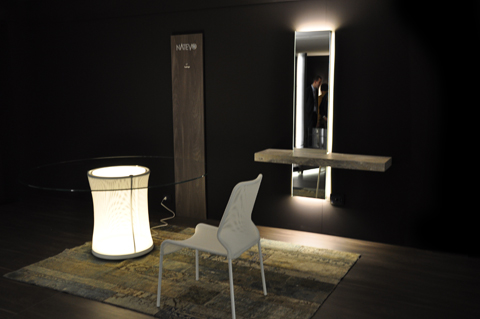 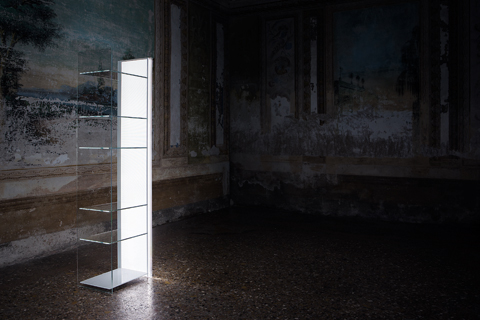 The "Super8" display case by Pinuccio Borgonovo has a glass structure, with only one side lit by LEDs. Photo © Natevo 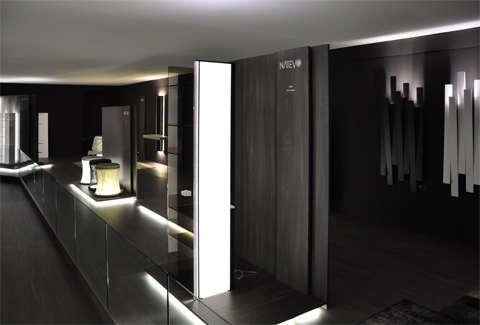 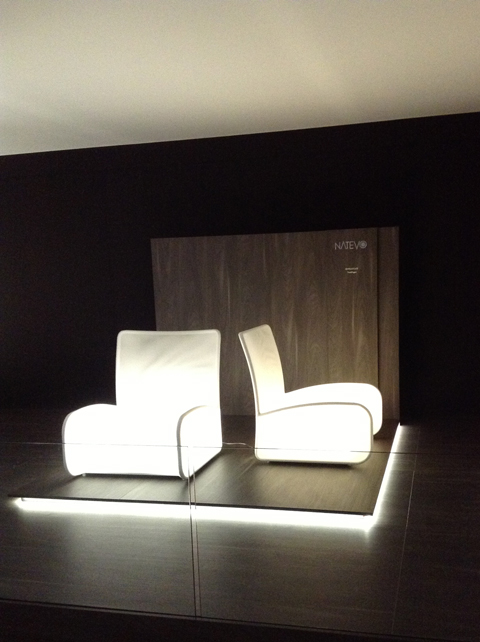 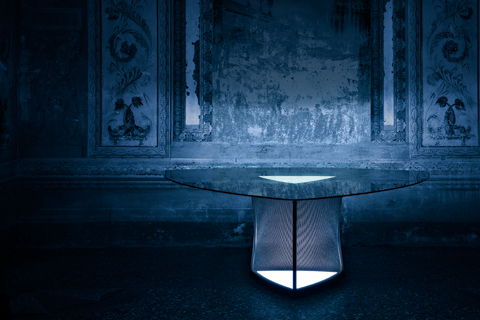