It’s a nice story that doesn’t take long to tell: Three professors with backgrounds in graphic design and typography, Fons Hickmann, Henning Wagenbreth and Georg Barber, set up a collaborative project with 45 students from the Berlin University of the Arts and Burg Giebichenstein University of Art and Design Halle to teach one another the meaning of fear. They spent five days and nights in a manor house in the middle of the woods. But they weren’t there to spook one another or hunt ghosts. They were there to search out real and fictitious fears and record them in a lexicon. By the end of their stay, the brave troop had listed a total of 205 fears from A to Z and compiled them, complete with the group’s own illustrations, into an 84-page booklet that is certainly handy, but by no means scary.

You guessed it: Everyone has their own, particular fears. While one person might be scared of (the classic) spiders, Sigmund Freud or flying squirrels might be enough to fill others with dread. Whereby it must be said that arachnophobia, a fear of spiders, doesn’t even make an appearance in this small lexicon. But it is not just humans that are taken into consideration here, as evidenced among other things by the animals we call “polecats”, also known as “fitches”, which succeed in scaring off their enemies with a pungent-smelling secretion.

The alphabetical listing begins with “Aktion” (“action”), alluding to the phlegmatic person’s fear of movement, and concludes with “Zwitscherschrecke” (“fear of chirping”) instilled by a female cricket or grasshopper with their impressive mandibles we all know so well. Between these terrifying terms, anyone looking to explore their own fears or those of others will stumble across entries such as “age” and “chaos” as well as “Cher” or (rather more generation specific) “Britney Spears” complete with a rather bizarre justification. While it becomes quite clear that typography-savvy students flinch at the very idea of the “Frutiger” and “DIN 1451” typefaces, the thing with the “flying squirrels” remains rather mysterious – at least in a German forest. “Group sex”, well, that’s something everyone just has to decide upon for themselves, in contrast to which, a fear of “sharks” is expressed by a more collective voice.

It remains to be seen whether “isolophobia” is a term nerds (with or without glasses) have ever heard of. And if you’re asking yourself whether “Monday morning despair” can really be considered a real fear or, as the term already suggests, a desperate reaction toward a whole range of vague fears, you wouldn’t be the only one. Although, if you want to be particular about it, all of these collected and fictional fear triggers, be they people, animals, situations or mythical creatures, represent something more or less concrete. However, is that really what fear is? At best in colloquial usage of the word. But that might be more a question for the philosophers out there: Why are we so quick to blow up into a great, hazy feeling of fear anything we can’t classify or that we perceive as strange.

Be that as it may, my favorite entry is “Omnibusism”, which has nothing to do with a painstaking back-to-back re-run of the week’s TV series, but apparently refers to a fear of missing your stop when riding the bus and having to ride on for all eternity. Perhaps this is the feeling writer Samuel Beckett experienced when he (as the story goes), in a rather highly intoxicated state, found himself trapped in the revolving door to a hotel lobby.

You will notice that the more entries you read the more things you think of that you could be afraid of. However, one important entry has been forgotten here: “Xenophobia”, a fear of foreigners or strangers. And all in all there is only one thing of which you could accuse this entertaining little book and the typology buffs who provided an illustration for each entry: The font is frightfully small. What’s the name of that phobia again? 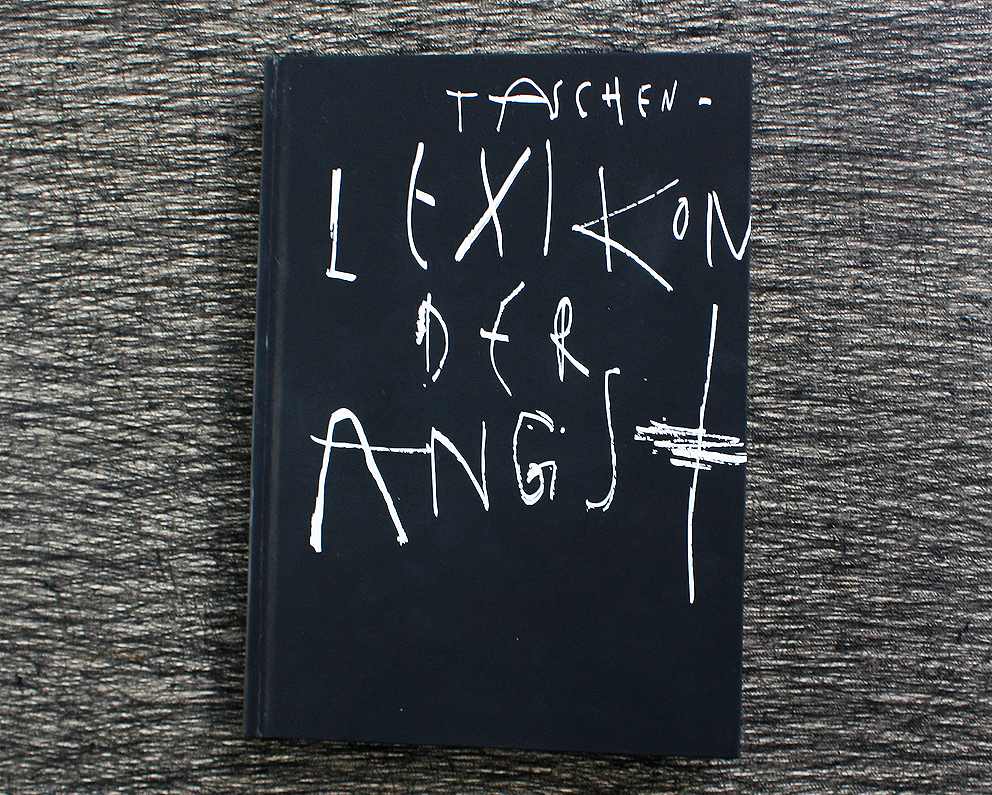 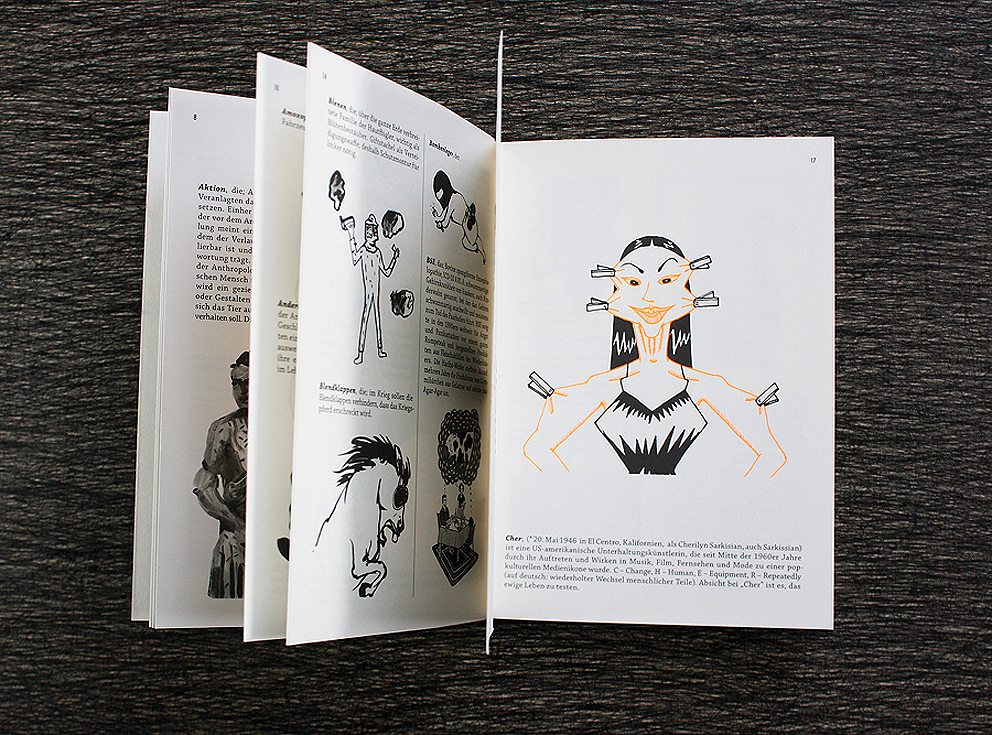 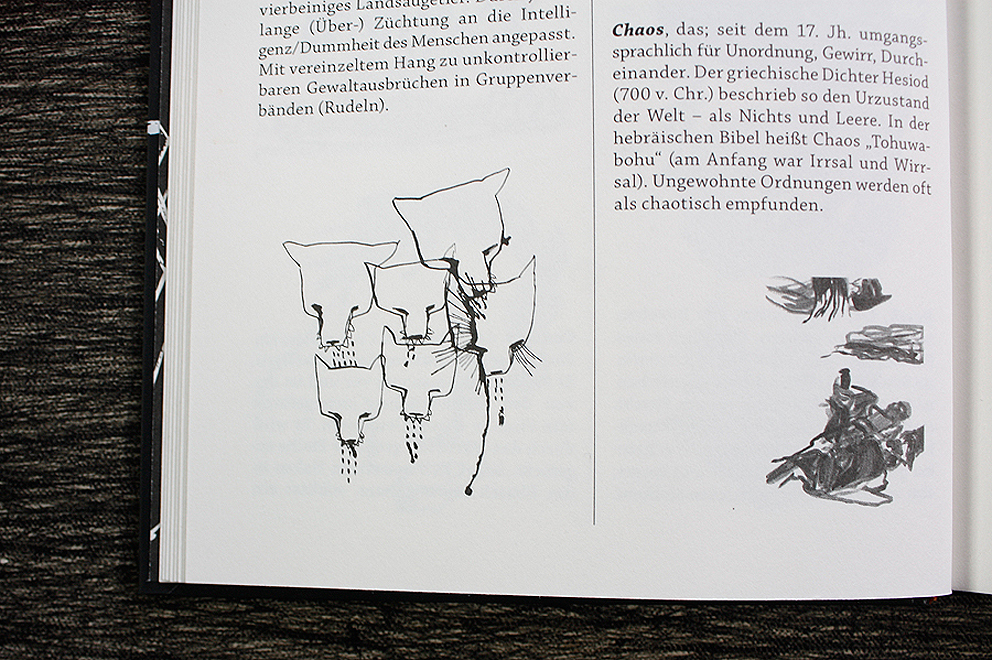 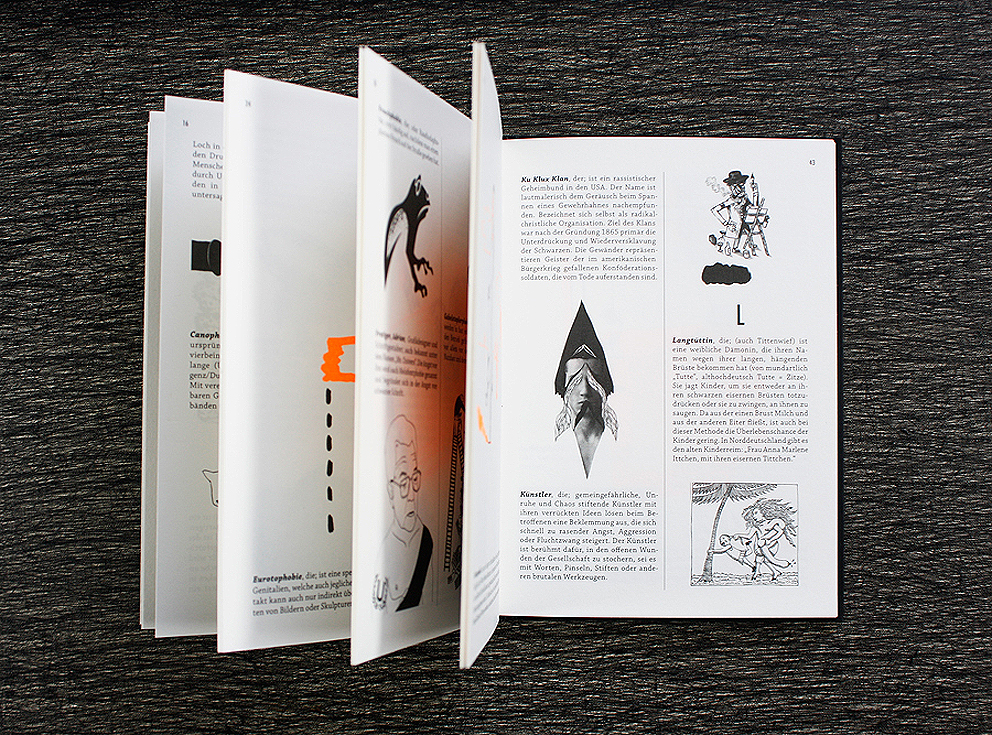 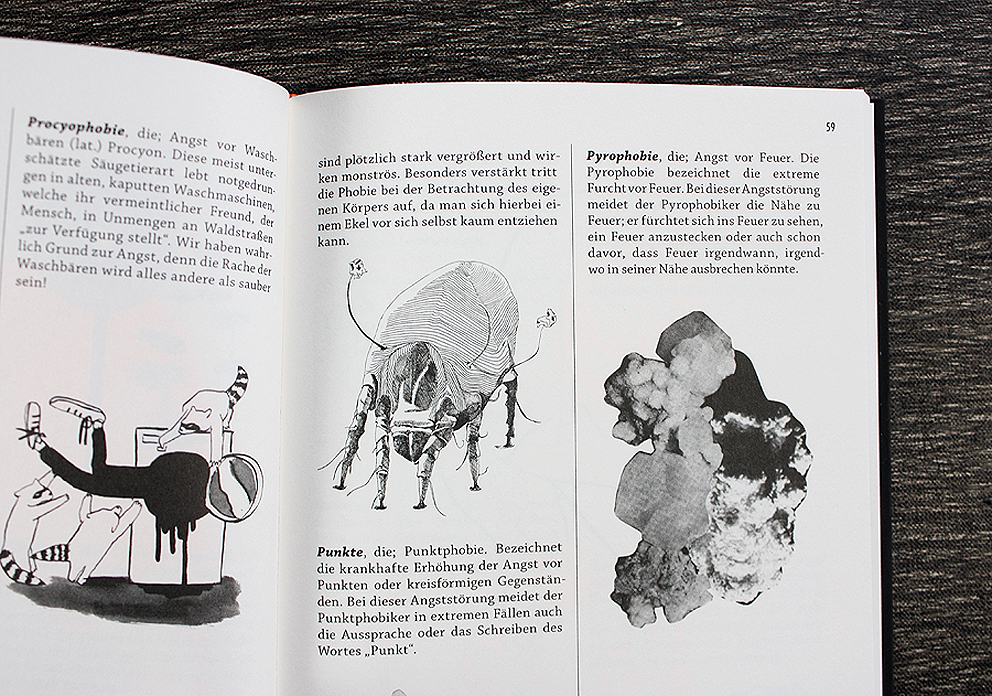 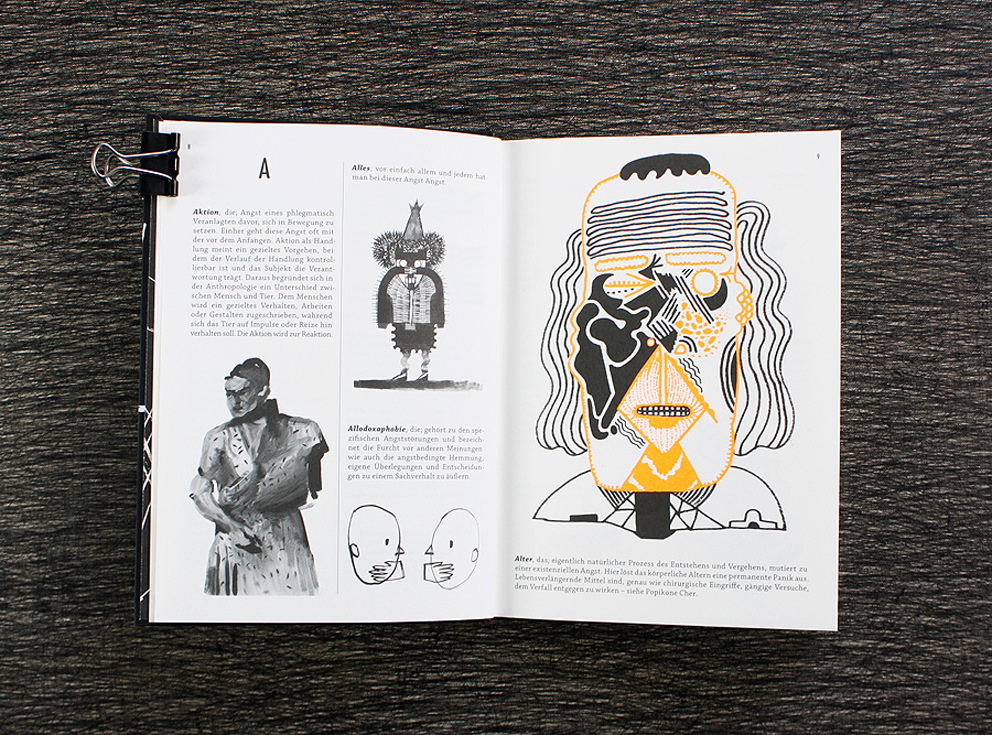