Gaetano Pesce's playful and narrative design has already crated many a surprise for the interested public. Pesce's amorphous molded furniture, his garish colors, his occasional choice of almost rotten-looking colors, his willingness to include errors and chance all consciously exclude the consensus notion of beauty.

The more experimental designs, which are often produced in a strictly limited number, are anything but monotonous, for example the "Pratt Chairs" produced in 1984 using polyurethane resin. Their stability varies so greatly - depending on the dose of material-hardening additives - that some collapse under their own weight while others can easily support an adult.

Gaetano Pesce often speaks about how important it is that his designs are usable, but then it is clear that the utility he refers to in, say, his Rag Armchair"(1972) roughly made from rags and old pieces of clothing, or the luminaire, a 162 cm long, 83 cm high and 67 cm wide foot called "Up No. 7" (1969) that offers a different kind of use than that of elegant desk lamp or an unobtrusive shelf. Pesce's designs are by no means anti-functional; they simply rouse other, less ordered emotions.

Beneath his several-meter-high enlarged version of Jacob Jensen's famous "Luxo L1" desk lamps, produced in 1970-1, you may feel like a child at play or a worm smothered by design history, or perhaps just pleasantly minute. Recently, Max Inc. brought out a sort of remake of this giant lamp - the "Max Lamp" - and perhaps some visitors to the stores remember having already seen this Pesce design back in the 1970s.

For the Milan Design Week, Meritalia launched a new series of unusual items of seating furniture in which Pesce advances his earlier design approaches - and which have a surreal playfulness that is truly tempting.

"Montanara" is a sofa which imitates a mountain landscape complete with dramatic cascading waterfalls. The happy owner can set himself down on one of the two mountain lakes and dangle his legs casually in the crashing water, his back firmly supported by a mountain massif.

Back in 1983 Gaetano Pesce produced a sofa, the "New York Sunset", in the form of an abstract skyline. The sun setting between the skyscrapers offers a warming backrest. In 2009, Pesce decided to make use of screen printing and produced a shimmering photorealist illusion on which one can probably sit very comfortably.

Although purists may view such eye-catching design as kitsch and a mere gag, there is no denying that he appeals in an extremely charming way to our archetypal needs for security and narrative formal language. In the form of "Montanara", Pesce visualizes attributes that otherwise tend to be presented in an abstract vein in design. Stability is offered in the form of a mountain range, freshness as an ice-cold waterfall and clarity as a clear view of the next mountain peak.

The seating furniture series "Gli Amici" (friends) is far from abstract. The soft animal armchairs look like they have jumped out of a child's drawing. The creatures which Pesce has formed are not mass-market cuteness triggers - Disney would bite its teeth out on them.

These crumpled pigs, birds and heads are friendly monstrosities, crude counter-designs to the keenly straight-lined upholstered furniture which conspicuously decorates expensive apartments in a tasteful style and in so doing, highlights the minor differences that are the result of wielding power. Gaetano Pesce's waterfalls and animal sofas are much more than just a tasteless joke, even though you might like to laugh along with them. After all, as everyone knows, he who laughs last, laughs longest. 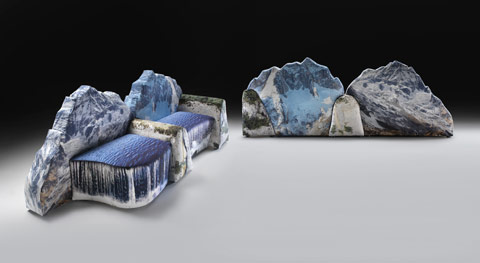 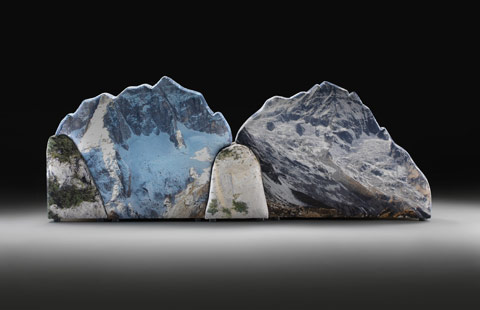 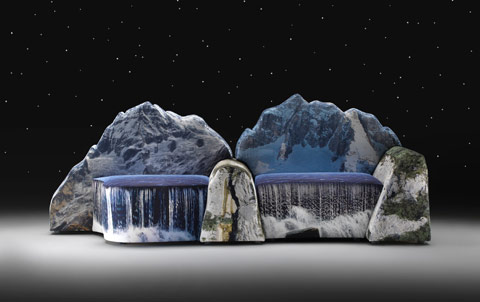 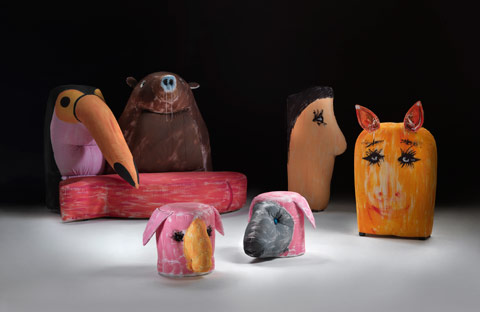 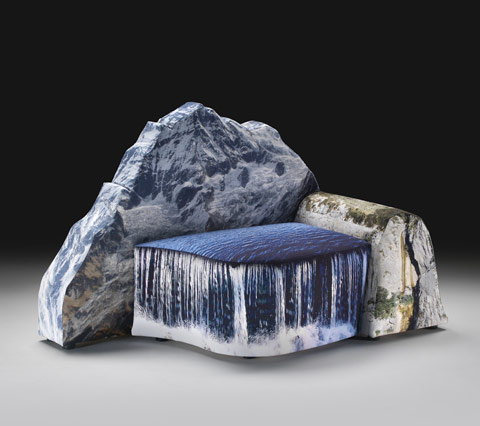 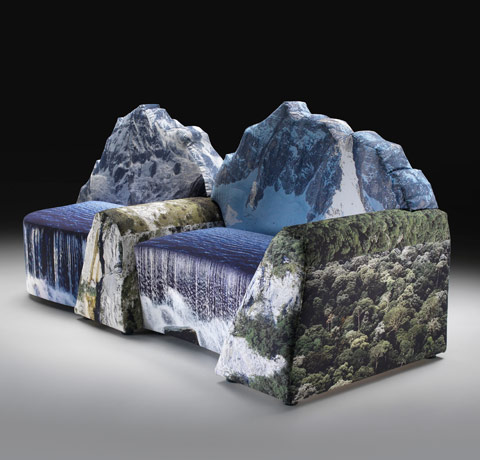 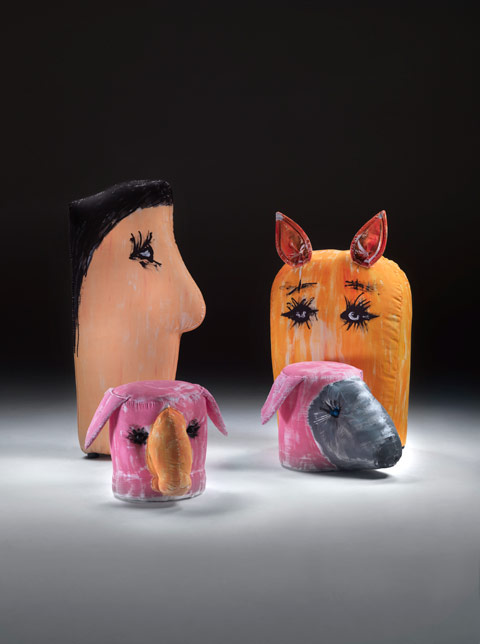 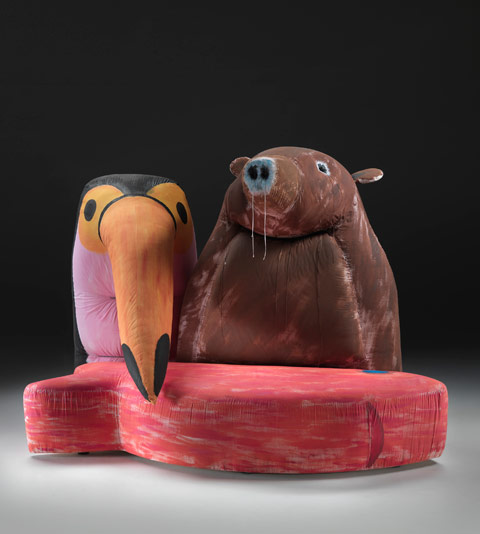